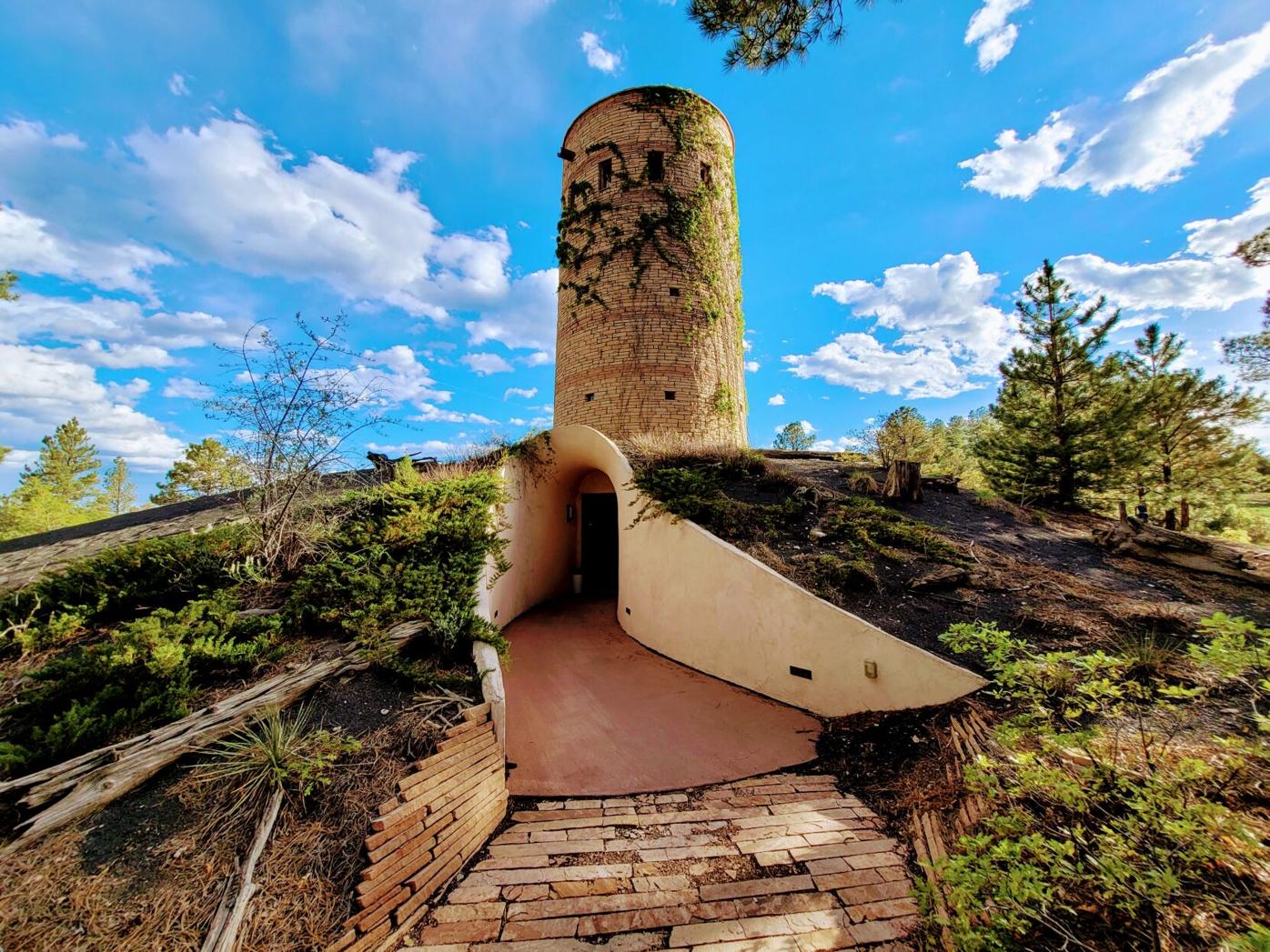 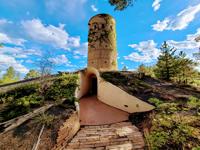 Wonder Haus is an eye-catching Airbnb in Pagosa Springs. 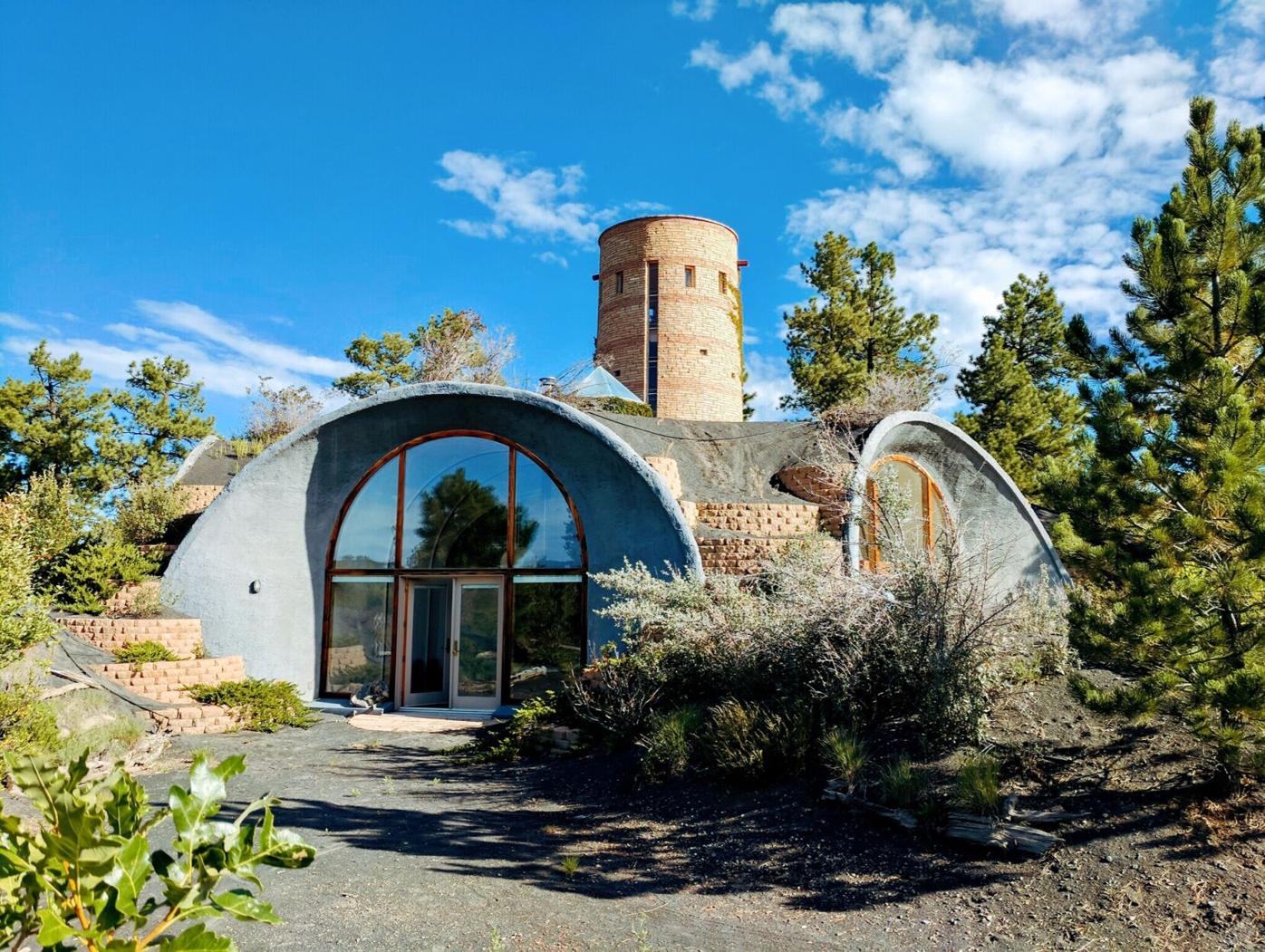 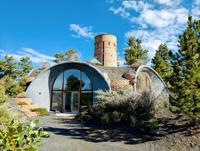 Wonder Haus is an earth house in Pagosa Springs that has become a popular listing on Airbnb and will soon be featured in a Netflix series. 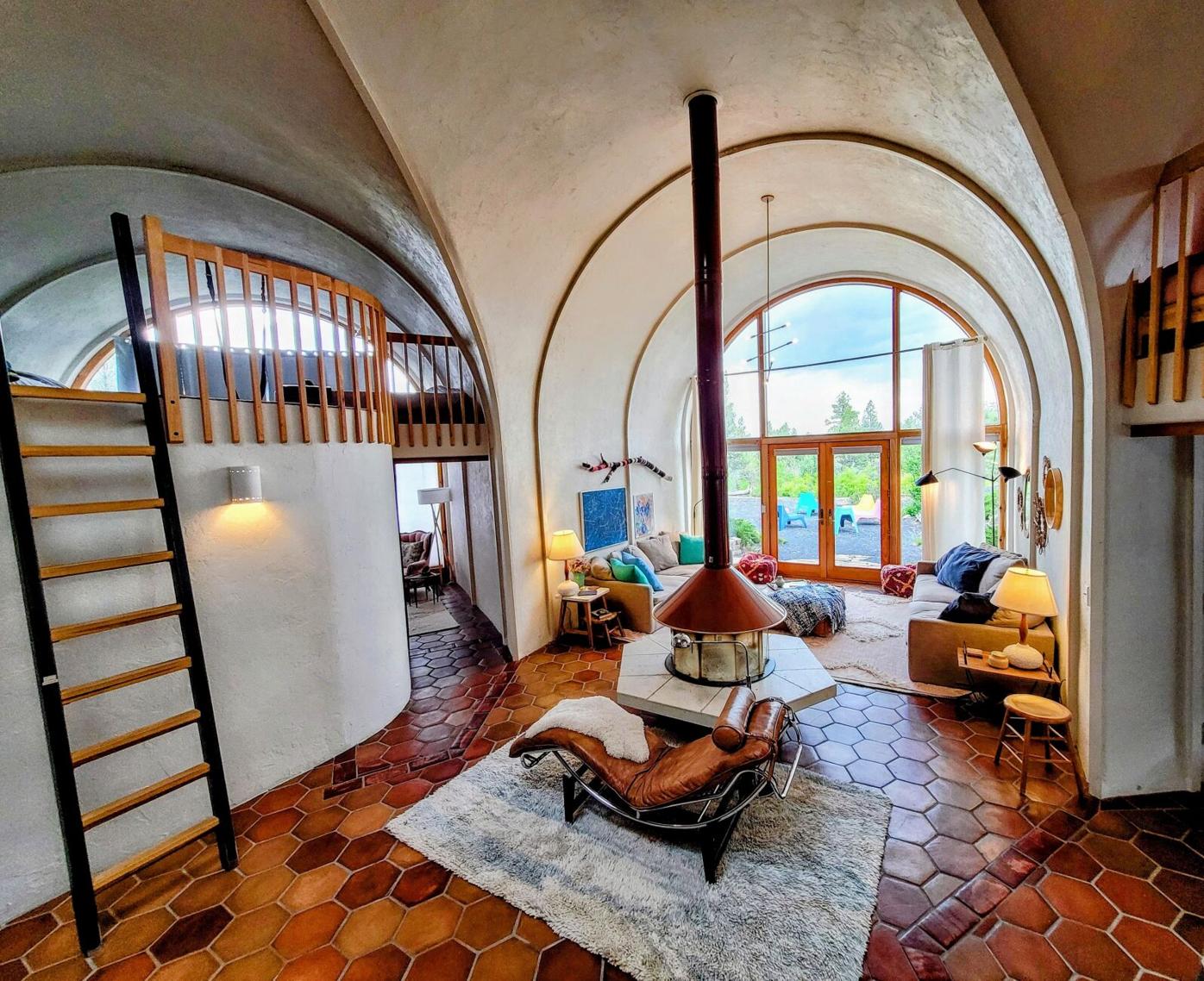 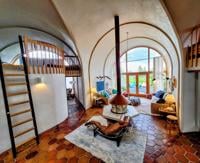 A living area inside the Wonder Haus is outfitted with comfy and colorful furniture. 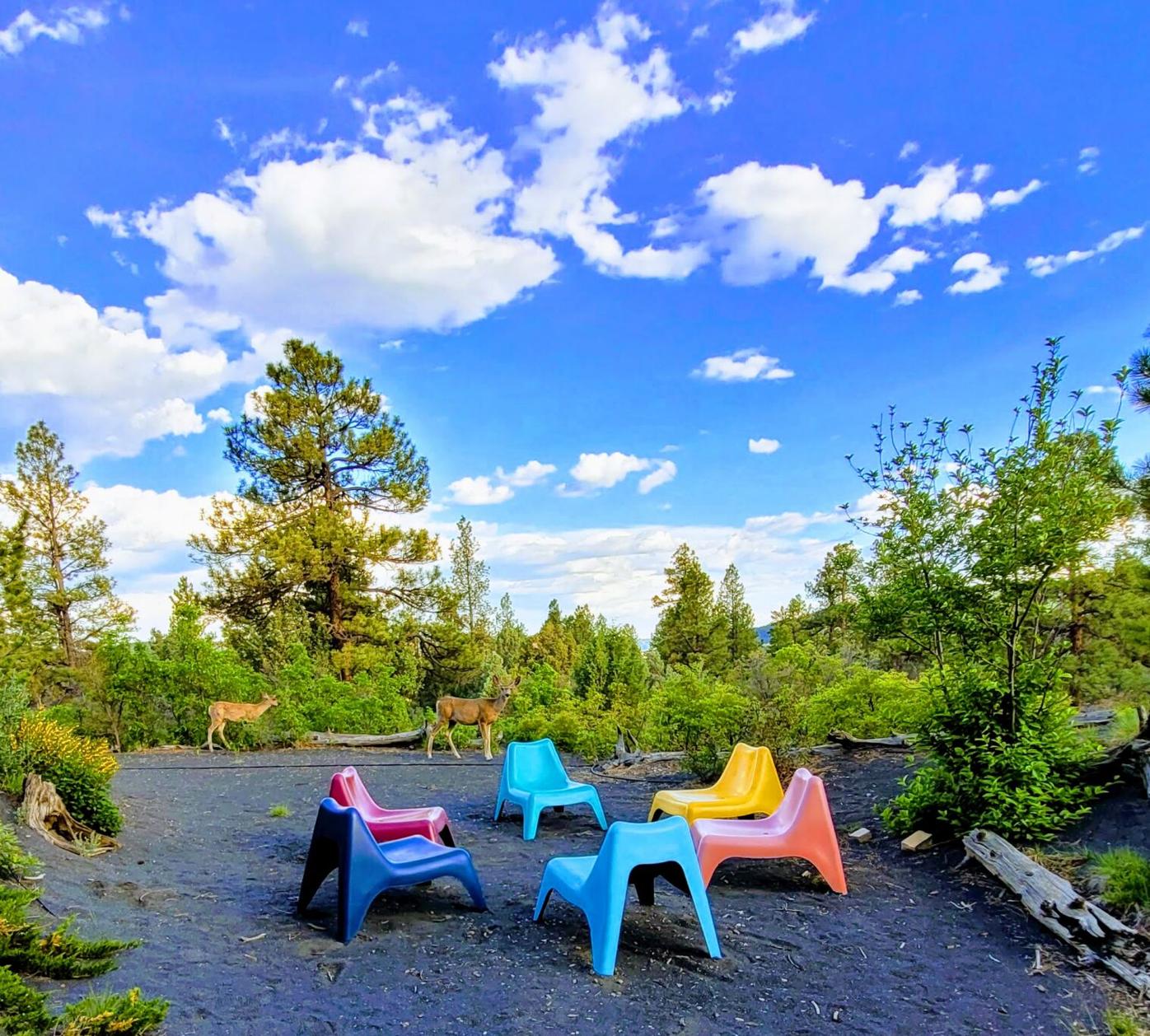 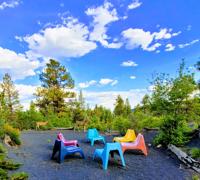 The Wonder Haus comes with an outdoor seating area offering a beautiful view of Pagosa Springs. 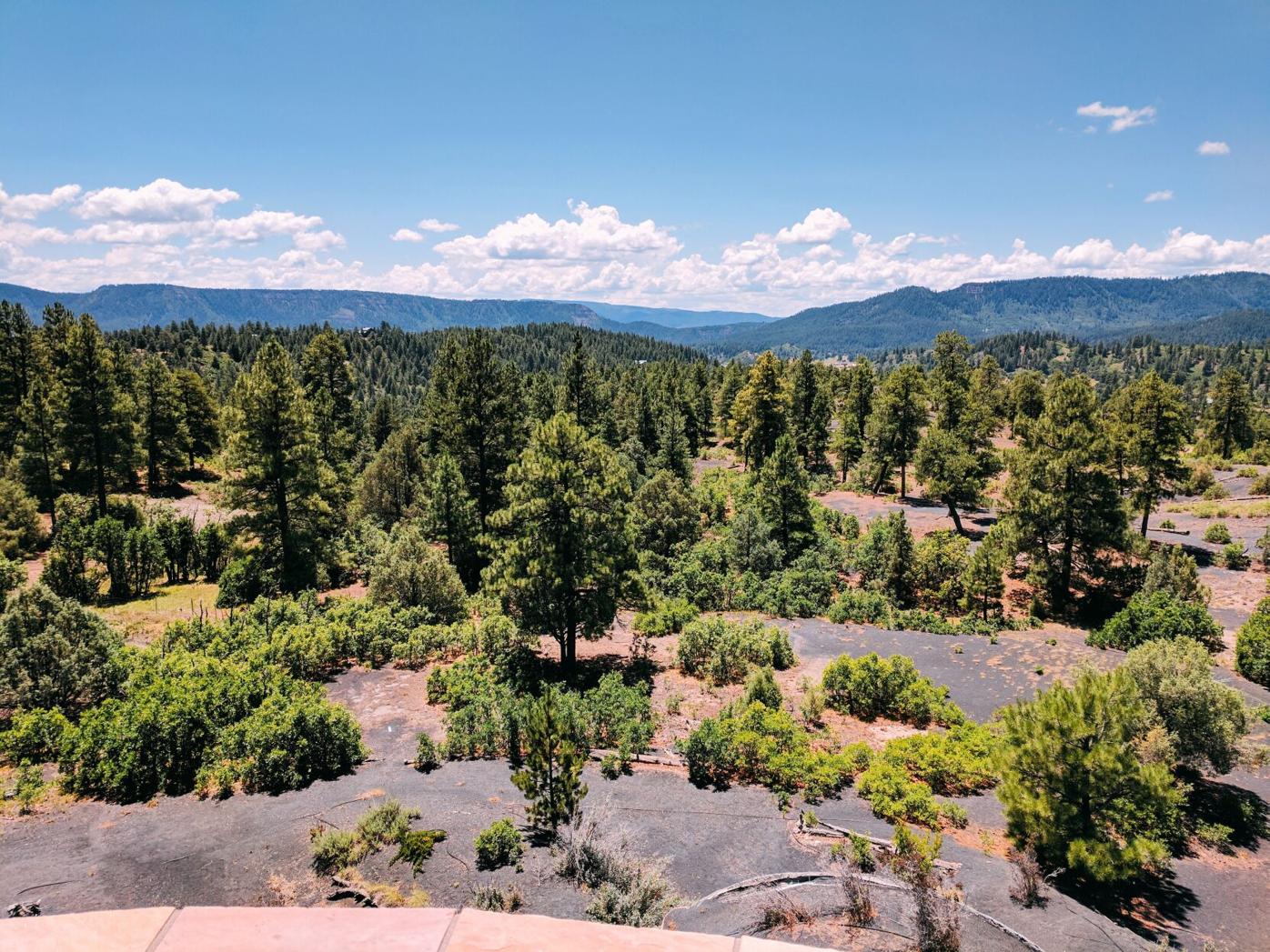 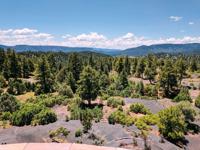 The Wonder Haus is set on 7 acres surrounded by the San Juan National Forest.

A view of the Wonder Haus’ outdoor seating area covered in snow.

Wonder Haus is an eye-catching Airbnb in Pagosa Springs.

The Wonder Haus comes with an outdoor seating area offering a beautiful view of Pagosa Springs.

The Wonder Haus is set on 7 acres surrounded by the San Juan National Forest.

A view of the Wonder Haus’ outdoor seating area covered in snow.

Elsewhere in the Airbnb listing are words like “peculiar” and “intentionally unconventional” and “thing of splendor.” Those who stay there call the Pagosa Springs place magical, enchanting and “an absolute dream.” It made one visitor feel like a Disney princess.

To the woman who holds the keys, it’s known simply as the Wonder Haus.

“I named it that for a reason,” Adrian Young said. “It’s just full of this sense of wonder.”

Before Young was deemed a “super host” on Airbnb, in part because of the uniqueness of her Wonder Haus, and before her house got noticed by magazines and Netflix producers, she was a new mom with questions. The existential ones, like, “Is this what our life should be like?”

She and her husband, Jeff, had recently moved from Denver to Oklahoma to raise their young kids closer to family. The adventure-loving couple used to be the type that would hop on a plane to Europe with just a backpack and no plan. Now they were spending their days renovating a house and their nights staying in. Their sense of spontaneity was being replaced by monotony.

“This isn’t the way,” Young told her husband one day. “We’ve got to figure something out.”

He bought her a plane ticket to Colorado, where Young thought she might like to build a getaway for the family as well as other families. Thanks to a recurring dream, Young had a specific picture in her head of an off-the-grid “mountain haven” with an arched glass-sided structure to feel immersed with the outdoors. She figured the place only existed in her imagination.

Flying to Colorado, she didn’t have a game plan. She had a rental car and an “inspo photo” resembling what she wanted to build. After two days of driving aimlessly around the state, Young reached the charming little town of Pagosa Springs. She called a local Realtor to share her crazy idea.

Young was shocked by the Realtor’s response: “I have the exact perfect place.”

She went to see a house that looked like a near replica of the one in the photo she’d been carrying around.

She was told the former owner constructed the passive solar earth house in 2010 as a way to satisfy his love for astronomy. The underground house comes with a stunning star-gazing observation tower and is set on 7 acres of land surrounded by the San Juan National Forest.

It felt like a sort of destiny that she wouldn’t have build the place of her dreams from scratch because someone else had already built it.

Within a week, the house was theirs.

“It didn’t match my budget or logistics I had in my head,” Young said. “But we loved it. We did it as economically as we could.”

The family sold their Oklahoma house and moved into a condo to help fund a full remodel, which included filling the house with lots of comfy and colorful furniture, Southwest-inspired decor and some mementos passed down from Young’s grandmother.

By early 2018, the Wonder Haus was listed on Airbnb. It took time to get any bites, though, on the bizarre lodging option.

A group of 20-somethings, who Young calls “trailblazers,” were the first to try it. Any nerves quickly faded.

“They were texting and calling me so excited about it,” Young said. “They were like, ‘This is incredible.’”

More rave reviews have followed. One guest wrote a poem inspired by Wonder Haus. Conde Nast named it one of the best Airbnb stays in Colorado. The clothing retailer Anthropologie called about getting photos there for its fall catalog.

“I think the allure is that you don’t see a lot of houses like that,” Young said. “It’s distinct. It’s completely unorthodox.”

It fits in the category of quirky places, along with yurts, huts, barns and houseboats, that has become more and more sought after on Airbnb, according to a recent report from the vacation rental company.

Announcing its new “Flexible Destinations” feature, which helps users who are not confined to a certain destination or dates to find one-of-a-kind stays, Airbnb featured Wonder Haus as one of its “quirkiest roadside Americana stays.”

It’s a bit of an odd shout-out since the house is tucked away and not visible from the roadside.

Netflix’s characterization of Wonder Haus might be more accurate. The major streaming service will feature the Pagosa Springs spot in the second season of “World’s Most Amazing Vacation Rentals,” which comes out Sept. 14.

That’s far beyond what Young imagined for the house, which is listed for $425 per night and which she hopes “cultivates curiosity, connection and a sense of wonder” for whoever lays their head there. It has hosted one wedding so far and Young, who works as a social impact advisor, hopes to offer wellness retreats there.

At least once a month, the house stays available for the Young family. Staying there ensures the four of them stick to a life of adventure and that they don’t get stuck in routine.

“When you’re there, it’s an immediate disruption to expectations,” Young said. “It just opens our mind to ask, what else could our days be like?”

It does everything — and more — that Young dreamed about. “That a home can do that,” she said. “I think it means something to people.”

On most every anniversary of 9/11, Luke Taylor remembers classmates or friends asking what he knew about the tragedy.