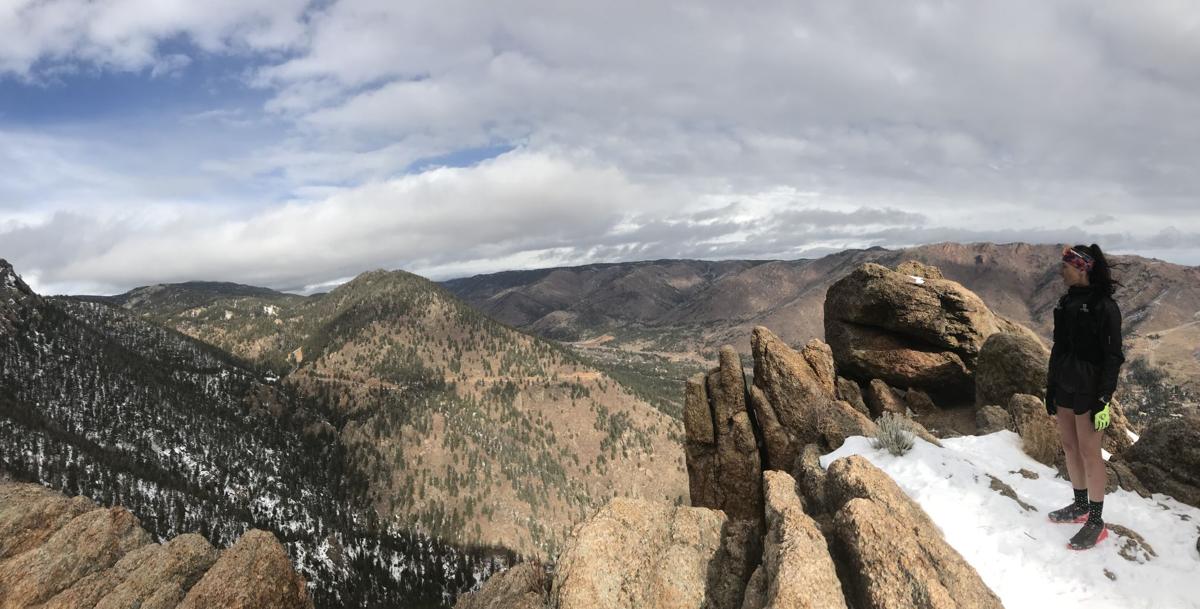 Colorado Springs mountaineer Ilana Jesse takes in the view from an overlook along the Heizer Trail near Cascade. Seth Boster, The Gazette 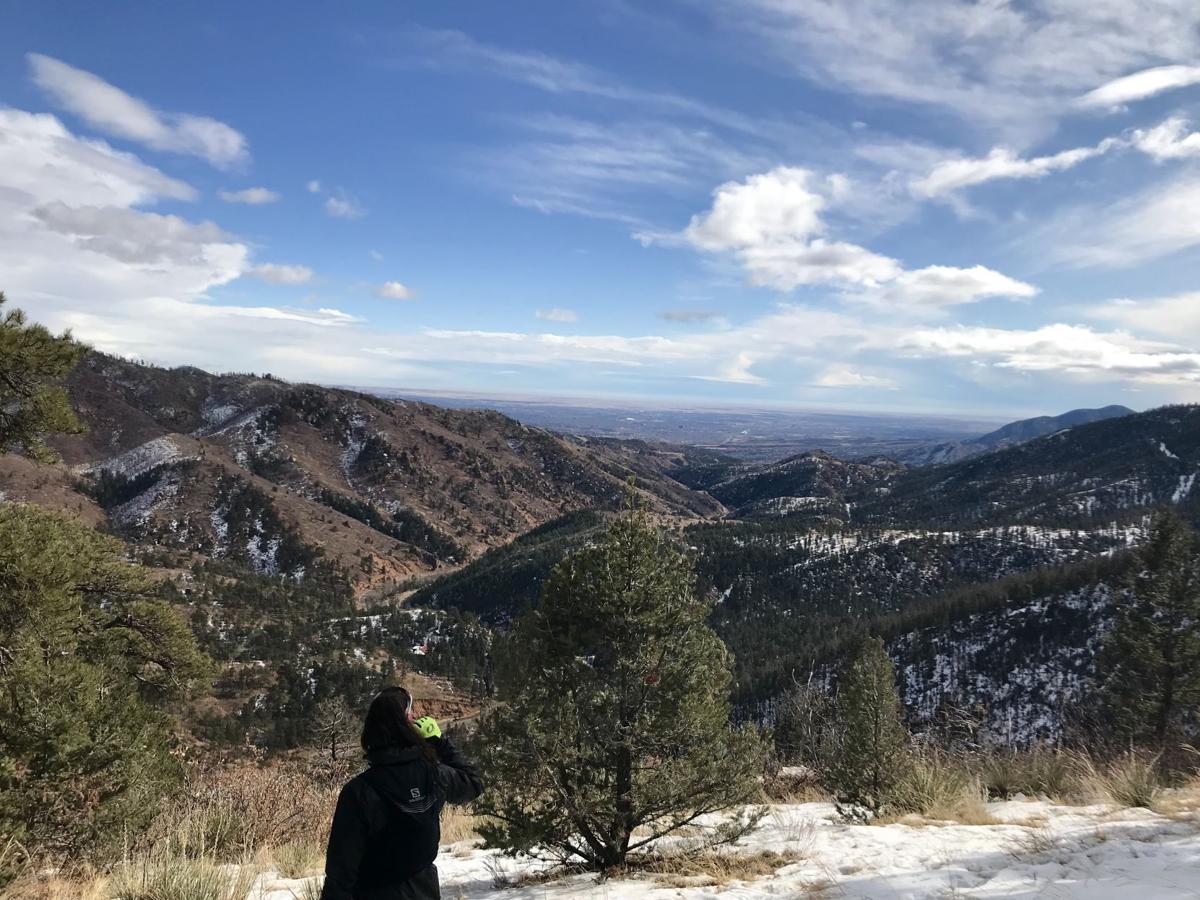 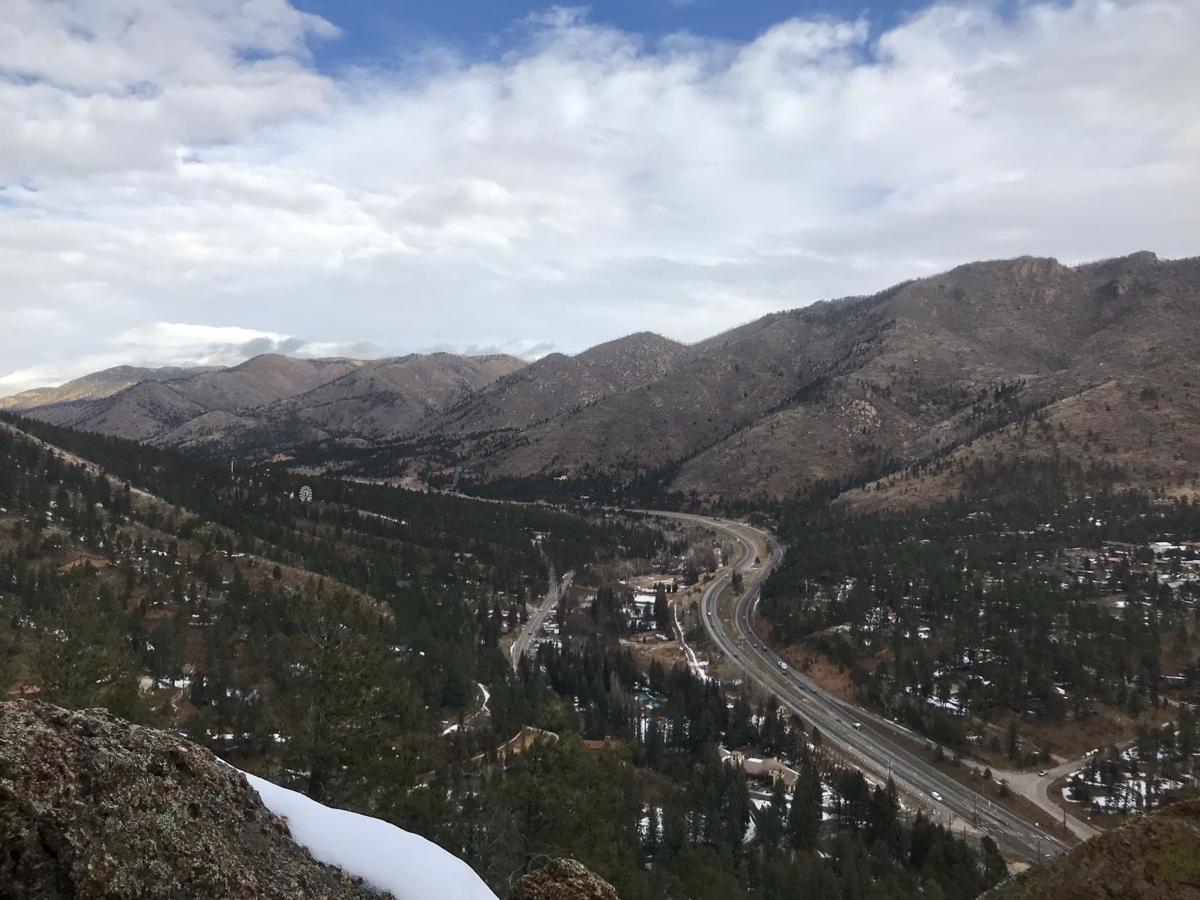 U.S. 24 weaves the mountains in view from the Heizer Trail near Cascade. Seth Boster, The Gazette

Colorado Springs mountaineer Ilana Jesse takes in the view from an overlook along the Heizer Trail near Cascade. Seth Boster, The Gazette

U.S. 24 weaves the mountains in view from the Heizer Trail near Cascade. Seth Boster, The Gazette

While crowds amass on Barr Trail, you could be on a path just as scenic and far less busy. While traffic clogs the Manitou Incline, you could be elsewhere, gaining similar elevation in a similarly short distance.

Allow us to point you to Heizer Trail.

It hides out in Cascade, close to the town park. Either park in a spot by the picnic area or along the road where parking is allowed. The trailhead is up Park Street.

We visited a week after a snowstorm — not nearly enough time for the pack to melt on these north- and west-facing slopes. For those unfamiliar with the route, a fair warning: It’s no guarantee you’ll have footprints to follow on drifts that pile high, leading one to posthole for some of the way up Cascade Mountain.

That point above 9,300 feet is where this trip report ends. But the mileage can go on and on, and that’s part of what makes Heizer so ideal for long-distance runners.

From the little summit, the trail descends with America’s Mountain hanging in view, ending at a “T.” Forest Trail 703 parallels French Creek, connecting with Barr Trail eventually. That’s a long course ill-advised for the unprepared. Anyone with the lung power will appreciate the shorter trip described here.

On the relentless switchbacks, you’ll earn the views of the Waldo Canyon burn scar and the craggy promontories above Ute Pass. House-sized boulders line the trail, which veers to overlooks of the mountains around Manitou Springs, downtown Colorado Springs and the plains beyond.

We came to sun-splashed sections that revealed the trail’s true character: slick with gravelly Pikes Peak granite. We stomped snow on switchbacks above to the overlook near 1.8 miles. Catch your breath on the rocks and take in the foothills rolling westward.

That’ll be enough to satisfy some. The switchbacks continue for about 500 feet higher to the top of Cascade Mountain.

Getting there: Going west on U.S. 24, turn left at the stoplight toward Cascade. Take second left onto Emporia Avenue and follow to Cascade Park.

FYI: Hiking and biking. Dogs on leash. Best used in summer and fall. Traction in winter.

For a video from Heizer Trail, go to gazette.com