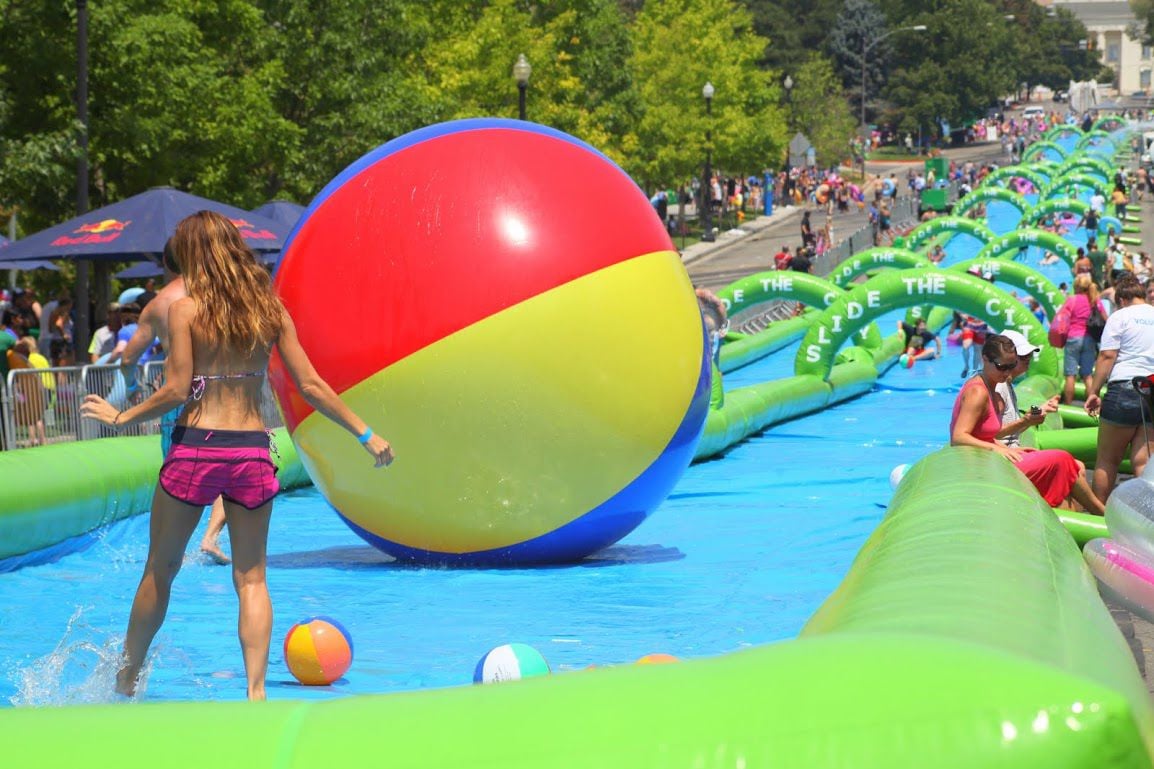 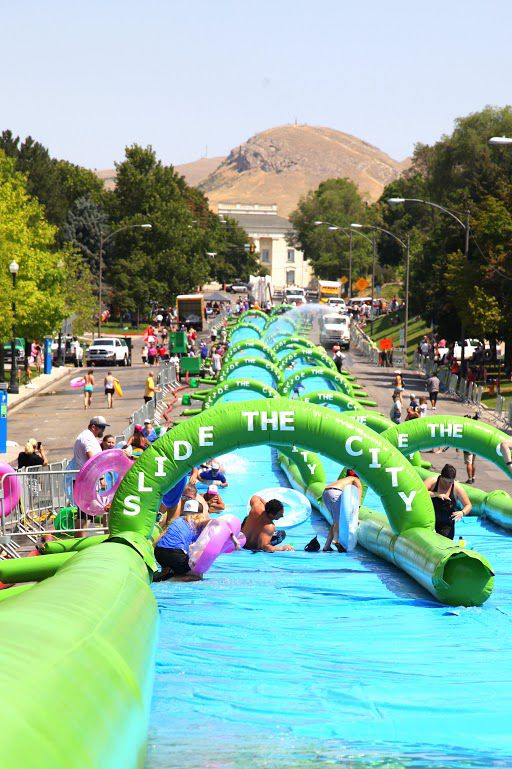 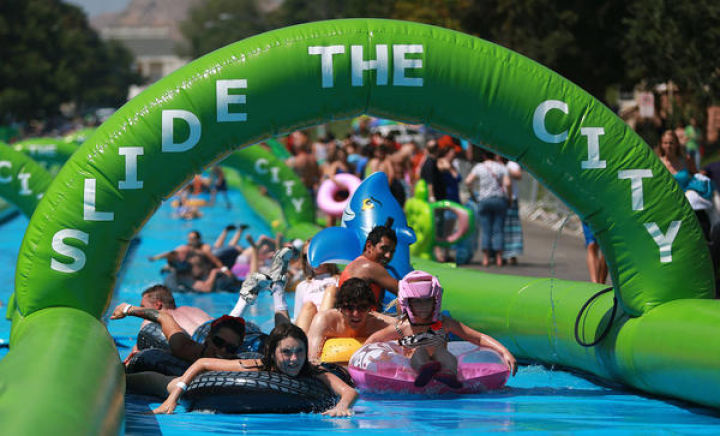 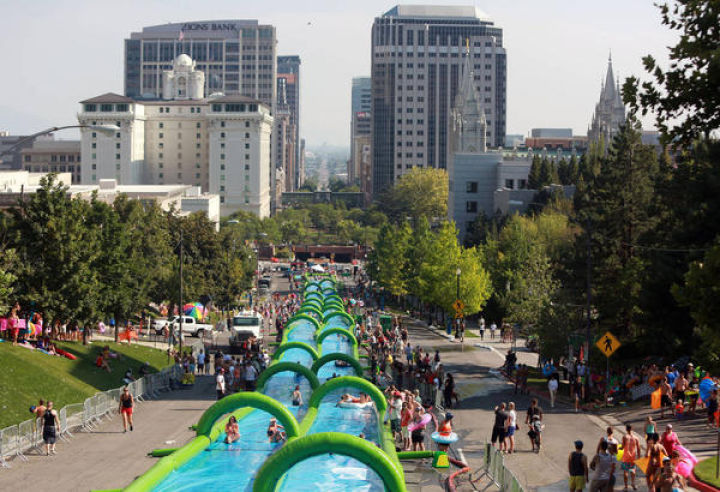 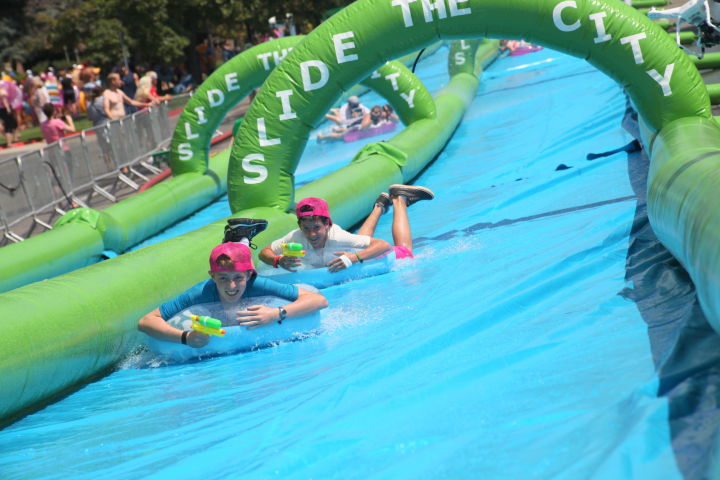 While Colorado Springs doesn't have a park to rival Water World near Denver, this summer it will have a city block-long slip 'n slide.

The internationally known Slide the City will arrive Aug. 15.

"I think adults need to be like kids," said Randi Hitchcock, event coordinator for UpaDowna, a local nonprofit dedicated to getting people outdoors. Hitchcock first saw pictures of Slide the City on social media and contacted Downtown Colorado Springs about bringing it to town.

"We don't get outside enough and play enough, and this event is the biggest playtime activity adults can do too," she said. "And they can do it with their kids. We're one of the most active cities in the nation, and we thought it would appeal to people here."

The 1,000-foot slide is 24 feet wide and divided into three lanes designated for single sliders, groups of up to eight people, and families with kids. It will be set up on a hilly portion of 21st Street near Bear Creek Regional Park.

- 8 spots to cool off in Colorado

The slide is made from industrial vinyl and, with a good dose of water, can carry sliders all the way to an 8- to 10-inch-deep pool at the finish. Arches over the slide continually spray water so sliders remain wet. Once at the bottom, people can walk up the sidewalk and do it all over again. Wristband purchase options include one, three or unlimited slides.

Sliders must use an inflatable tube. They can bring their own or purchase one on site. Tubes also are included in some of the purchase options.

Each event uses about 8,000-10,000 gallons of water, event director Brandon Jay said. The Salt Lake City-based company pays for the water through either the city or the city's private water company.

- Video: Watch a video from the giant slide here

"We get it from a fire hydrant in the morning - just a one-time deal," he said. "We fill up in the morning and recycle water all day. After we get done with the event, we put the water back into the sanitary sewage system, which goes back to the reclamation point and the water gets reclaimed."

"It's a family-friendly event," he said. "There aren't a ton of events you can take a 5-year-old kid to and still have fun as an adult."