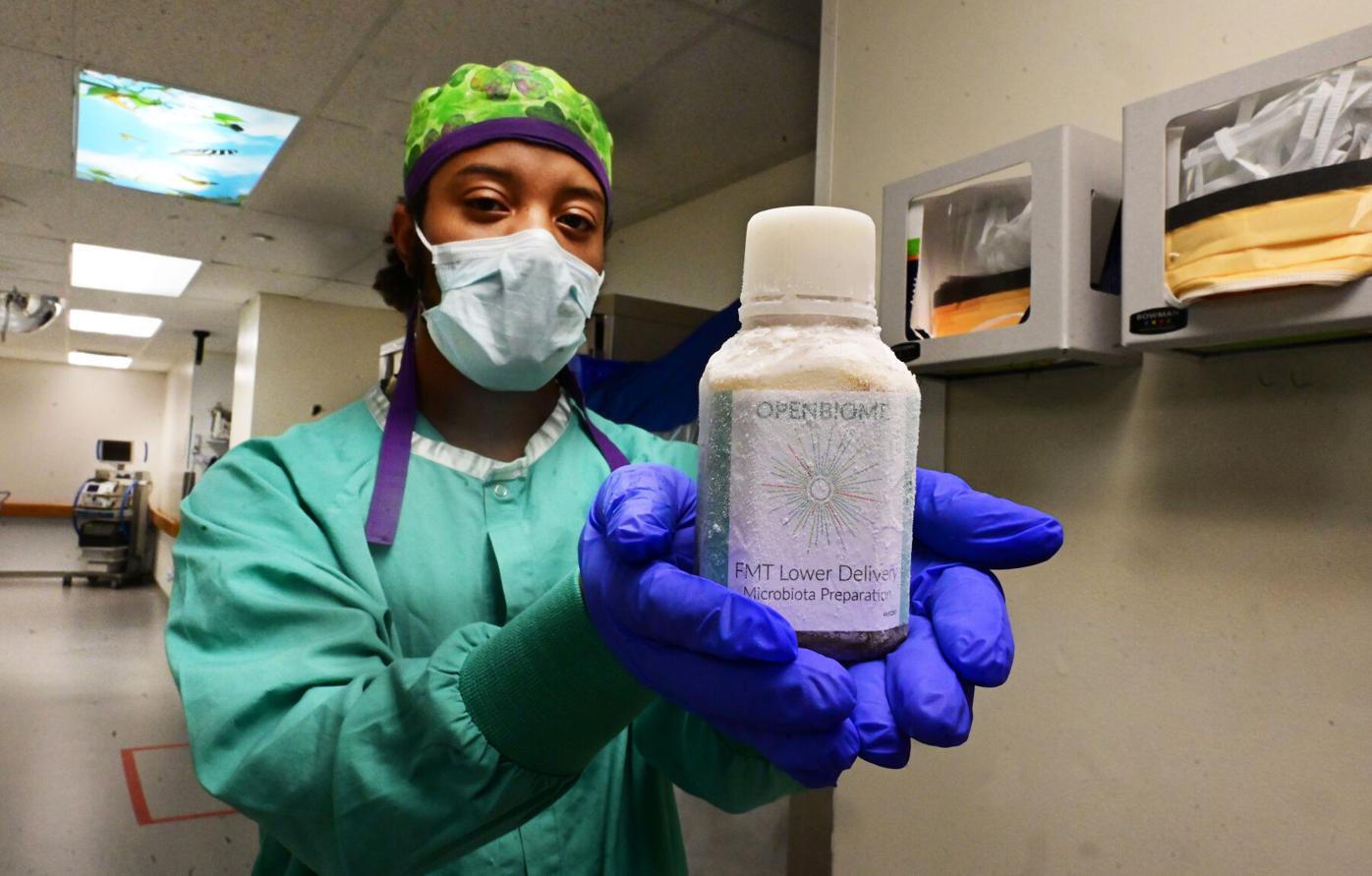 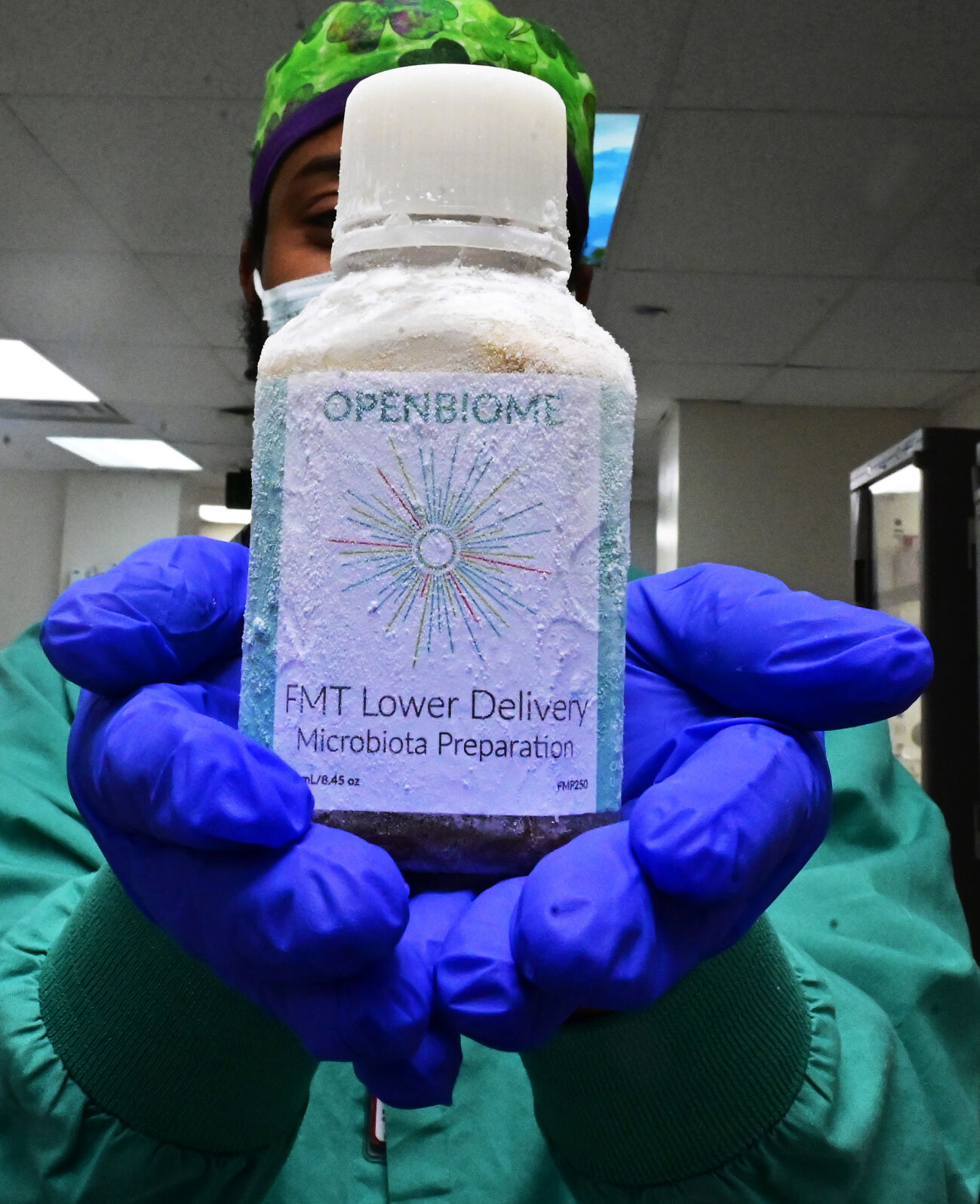 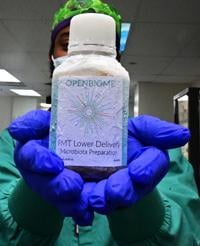 Brace yourself: Healthy human feces is one of the new frontiers in health care.

Fecal microbiota transplantation, the process of transferring fecal bacteria and other microbes from a healthy person into a sick one, exists at a hospital near you. Right now the procedure is only being done to treat nasty Clostridium difficile bacterial infections, but researchers are looking into using it to treat other medical conditions, including obesity, colitis, inflammatory bowel disease, rheumatoid arthritis, lupus and autism.

“Almost 100% of patients say that within 24 hours they’ll have at least a 50% improvement in their symptom,” says Dr. Douglas Nguyen, who is with Peak Gastroenterology, UCHealth’s gastroenterology partner, and performs procedures at UCHealth Memorial Hospital. “Within one week we get up to a 98% success rate. It’s the most successful treatment we have for C. diff.”

About six years ago Nguyen was a professor at University of California, Irvine, and saw data showing transplants were much more effective than traditional therapies like antibiotics. He’s been doing the procedure for about five years, and during the last two years, the Food and Drug Administration recognized it as an approved therapy for primary treatment of the infection.

Say the word colonic and chances are good you'll be met with groans, "ews" and "not in this lifetimes." The practice is a way of removing waste from the large intestine without the use of drugs. The therapist introduces warm, filtered water into the colon that softens and loosens fecal matter. The process produces evacuation through peristalsis, the wavelike muscle contraction that moves food through the digestive tract. I often offer myself up as a guinea pig for healing modalities. This time, though, I didn't feel inclined. That being said, after hearing such positivity about the internal squeegeeing, I'm feeling a bit more open-minded about trying it. Just not today.

Not surprisingly, considering the stigma around stool, an FMT is often not the first choice of many patients. Many who come to Nguyen opt for a course of antibiotics first. But with the haunting symptoms of a C. diff infection, which include diarrhea, stomach cramping and bloating, fever, nausea and even potential loss of your colon, they would be wise to overlook the gross-out factor in exchange for sweet, quick relief.

Antibiotics have offered up to a 90% chance of eliminating C. diff, says Nguyen. But with antibiotics often come relapses, and the C. diff can come back stronger than before.

“Multiple relapses are increasingly common, with up to 25% of patients experiencing at least one recurrence of disease two to four weeks after completing standard antibiotic therapy. Recurrence rates rise with each subsequent episode, and as many as 40% of patients are likely to relapse after the second episode and 65% or more after a third episode,” according to a 2015 article on the Mayo Clinic’s website.

What has a greater success rate work and zero painful relapses? Rigorously tested and liquefied fecal matter from healthy donors.

“I love fecal microbiota transplantation in that it’s very novel,” says Nguyen. “It’s not an antimicrobial. It’s not an antibiotic. The goal of FMT is not to kill C. diff. The goal is trying to restore the gut with good bacteria so those bacteria can take over and fight off the C. diff.”

Don’t be alarmed, but you might have the C. diff bacteria in your system right now, along with about 20% of the population. It’s not necessarily an evil organism. Only when something goes wonky in your microbiome or gastrointestinal tract can the organism potentially take over. Those disruptions can come from taking medicines for acid reflux, which reduces the acid that’s believed to help kill bad bacteria and promote balance in the gastrointestinal tract. Or you could take antibiotics for an infection, such as a sinus or urinary tract infection, and cause a disruption.

Another common way to get C. diff is through a family member who has it. The organism is found in stool and can be picked up if you don’t clean your hands well or you share the same toilet bowl with that relative.

“Our body is always constantly in checks and balances. When it’s not balanced it can promote certain things to happen, like when people have a cold,” says Nguyen. “Why do people develop pneumonia as a result of that?

“The cold only affects the respiratory infection. The reason is their immune system is disrupted and can’t fight off a secondary infection, so it allows a bacteria to colonize in the gut and allow pneumonia to develop. C. diff is similar in that sense.”

Now, the important question: Once the frozen fecal matter has arrived from a stool bank, such as OpenBiome, a nonprofit in Massachusetts, how does it get delivered into the patient?

The stool thaws out for an hour, the patient is sedated, and the material is inserted. Patients are given an antimicrobial or antidiarrheal so they can keep the stool inside for about three hours, the length of time it takes to make magic.

“The colon will repopulate with good bacteria within three hours,” says Nguyen. “This is just a booster for a patient to get well and then our body will restore back its own health and bacteria over time. If anything, this is more of an immune booster.”

A roundup of six supplements to help boost your immune system and stave off colds and flu.

Most people are good candidates for FMTs. Those who might not be are patients undergoing chemotherapy, are critically ill or otherwise immunocompromised.

“Why do people get an autoimmune condition like rheumatoid arthritis or lupus? It’s not their lifestyle that causes it because it happens in young people,” says Nguyen. “Could it be something like a bacterial disruption that triggered the immune system to fight against itself? It’s a possibility.”

It’s about discovering a person’s deficiencies in terms of good and bad bacteria and replacing it so their body is balanced.

“It used to be the bone marrow transplant,” he says. “People thought it was cuckoo and now it’s standard treatment.”

Kitchari, made of basmati rice, mung beans and spices, is a traditional Ayurvedic dish made in India. It is said to reset digestion, soothe anxiety and help with colds and flus.