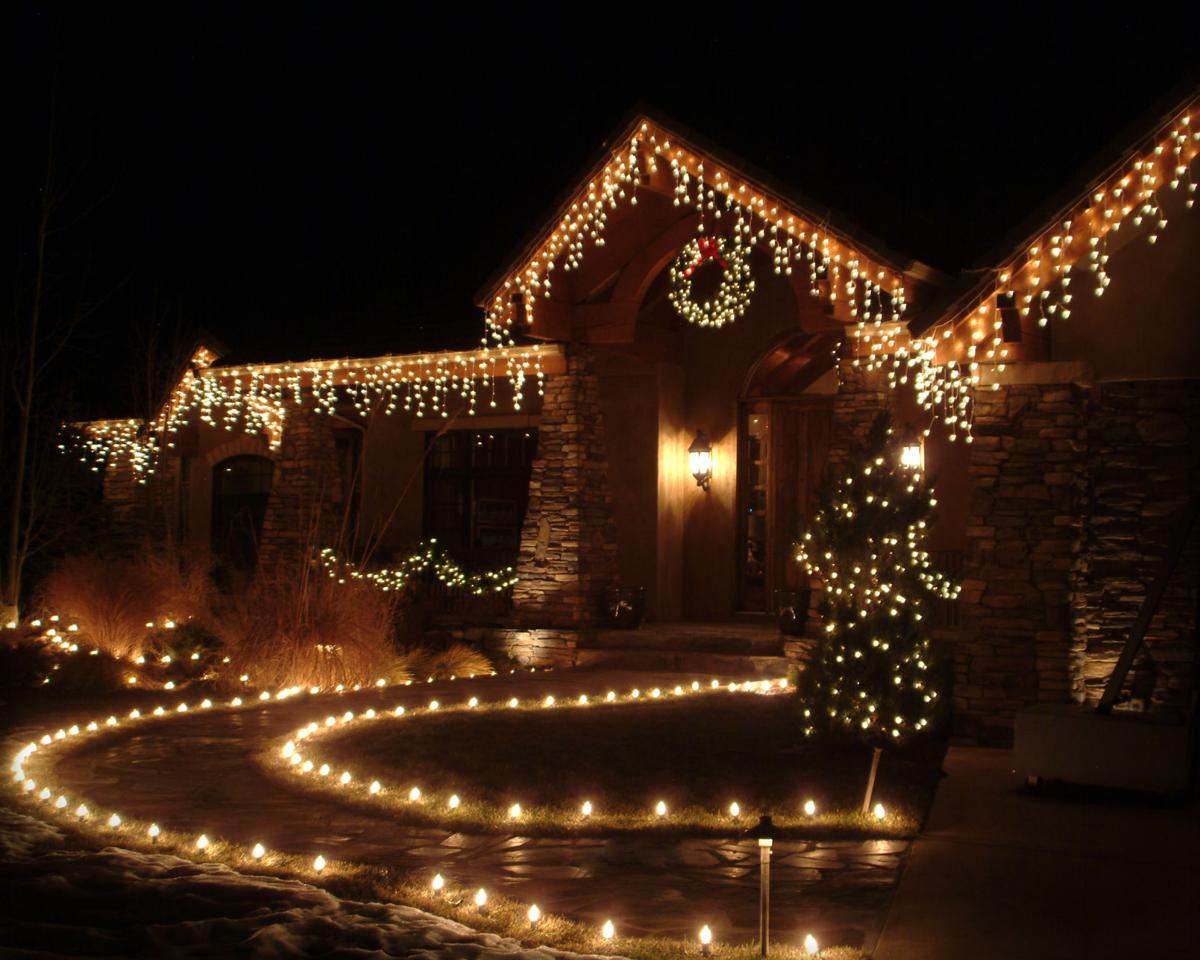 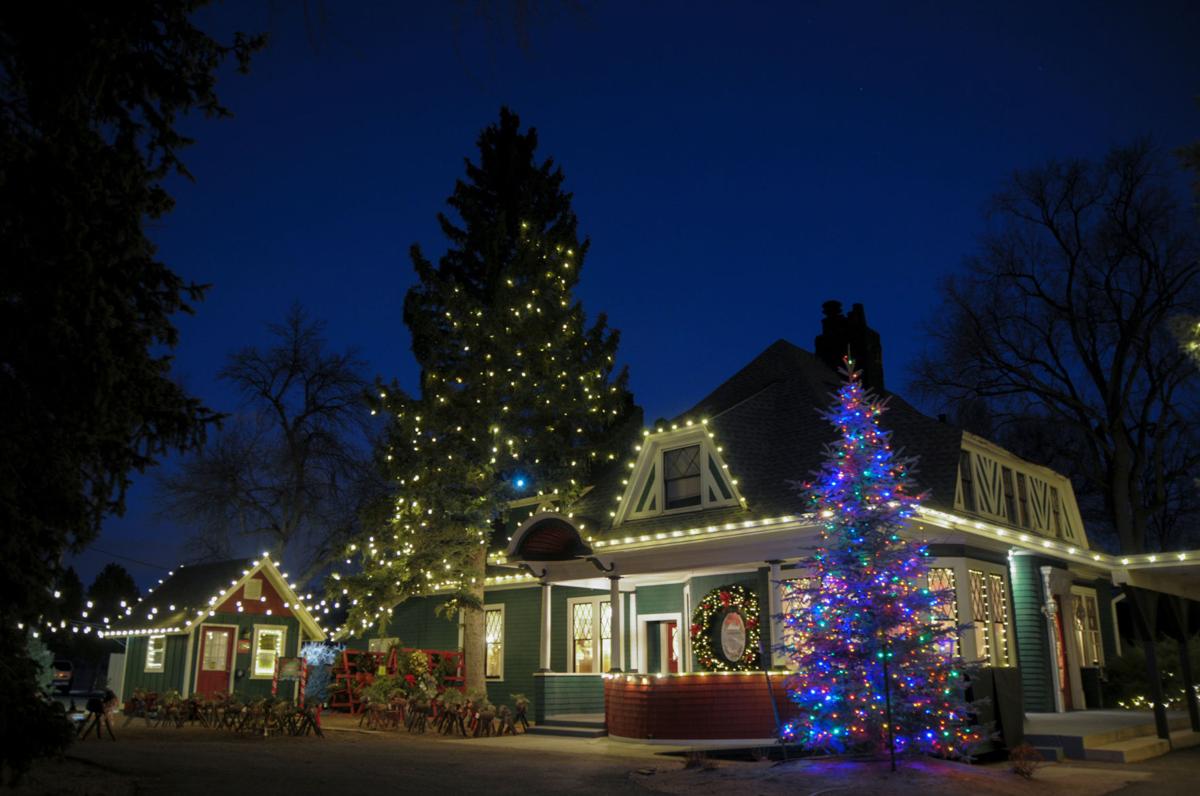 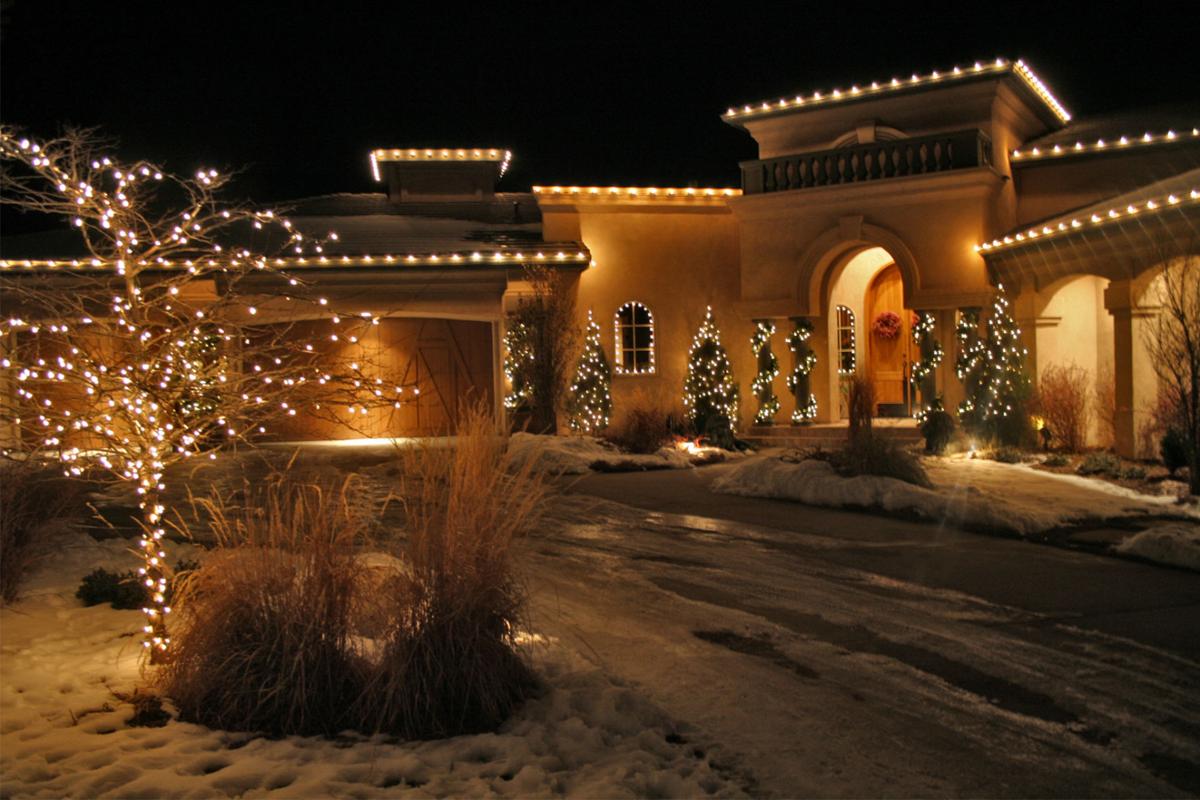 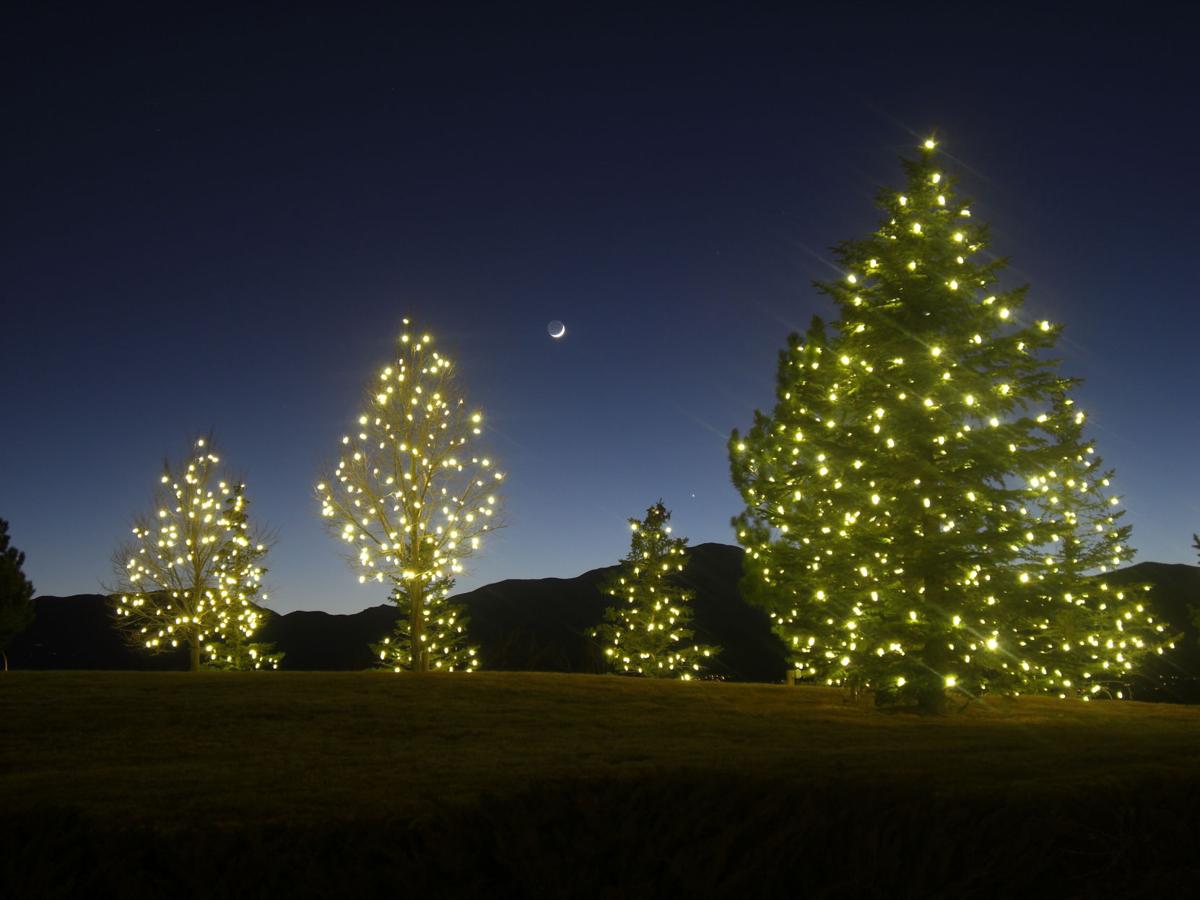 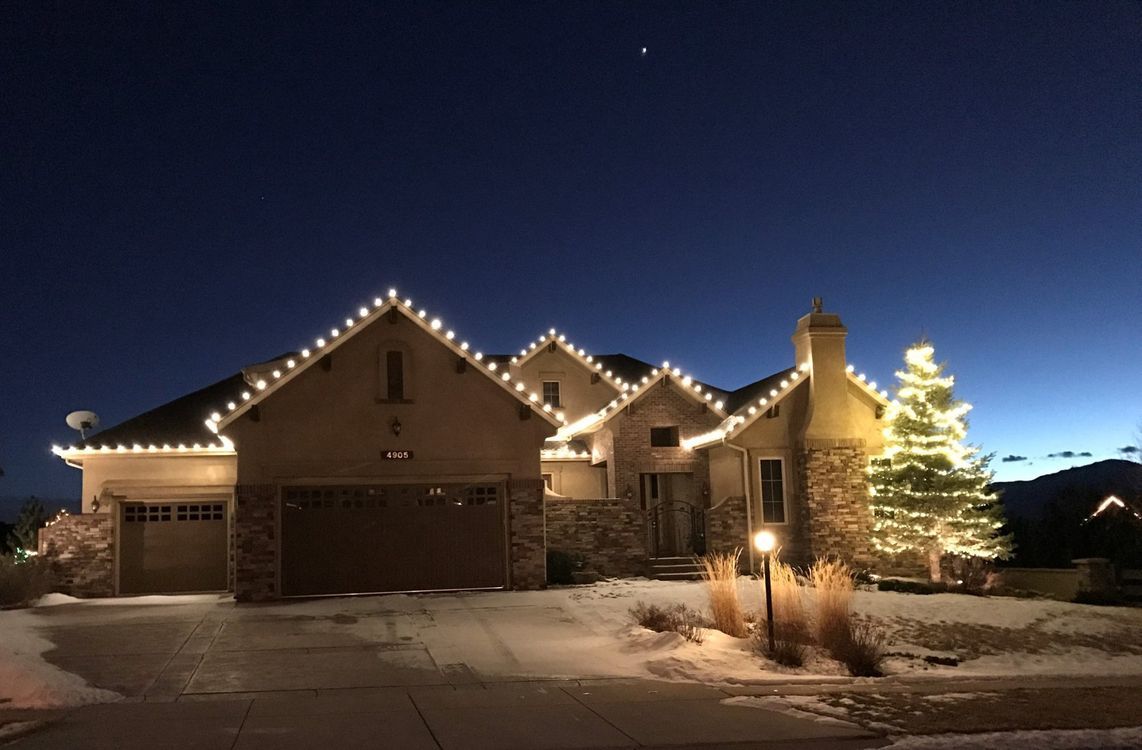 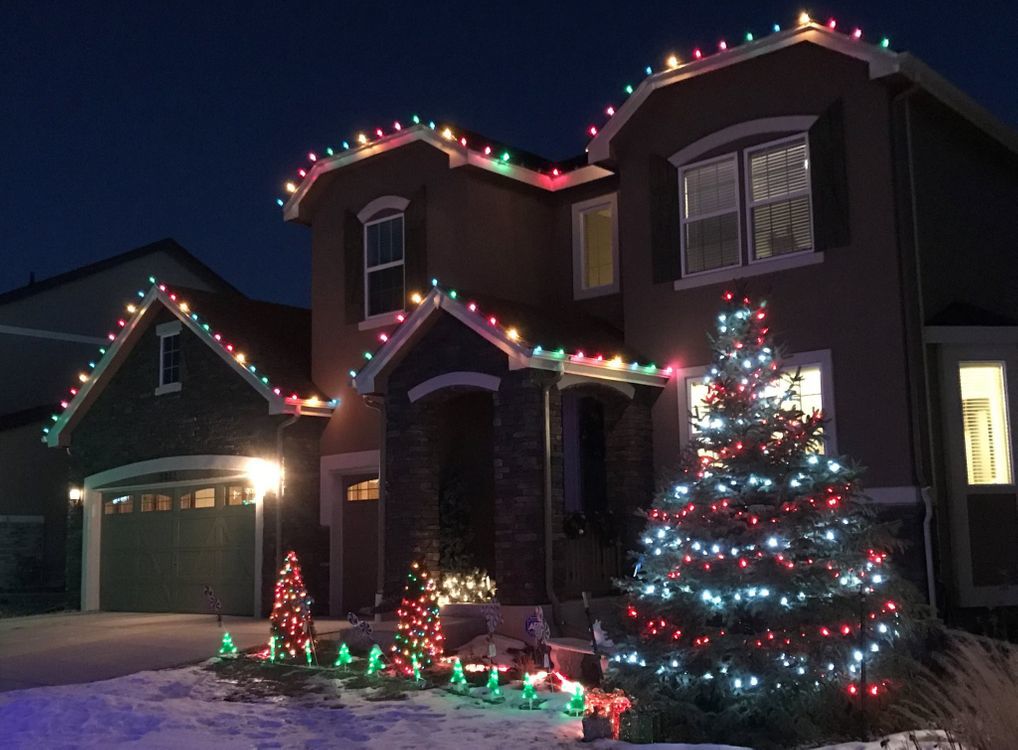 Just as Clark Griswold found in the 1989 comedy film “National Lampoon’s Christmas Vacation,” decorating your home for the holidays can be daunting.

Griswold, famously played by Chevy Chase, falls off the roof while installing an overly ambitious light display, causing mayhem and, ultimately, an overload to the power grid.

If decorating your home is just too much work or drains you of the holiday spirit, several companies in the Pikes Peak region can do it for you.

More and more Colorado homeowners have been hiring professionals to install holiday lights over the past couple of decades, said Tony Hahn, arborist/horticulturist with Swingle and Mountain High premier SavATree companies in the Denver metro area.

“I think it is a trend. People like the convenience because everybody’s busy these days, and it’s the safety aspect of it. Also, to do holiday lighting right, there’s such a big difference in having it done professionally,” said Hahn. “We do hundreds of installations every year, primarily in Douglas County.”

The company doesn’t use nails, staples or tacks on homes, “so the damage to the house is nonexistent,” Hahn said. “We use a shingle tab that slides underneath the shingle or tile roof and gutter clips. They slip in easy and come out easy. We’re very careful because homes are an expensive investment. Also, we don’t walk on roofs. We have the equipment that can reach high without having to get on the roof. We’re all about safety.”

Early November is peak time to have a company install Christmas lights, as it’s typically when displays start to be permitted via many homeowners’ organizations, said Jerold Martens, who, with his wife, Carol, owns Springs Christmas Lights, a local holiday light installation business.

“Nobody can really turn their lights on before Nov. 15, but many neighborhoods will allow you to start installing the lights Nov. 1. Some, like Wolf Ranch and Cordera, are allowing them a little sooner, but homeowners aren’t allowed to turn on the lights typically until mid-November,” Martens said. “We’re getting quite a few calls already.”

“People are starting to pre-plan,” she said. “We’ve seen booking starting off crazy early this year.”

All three businesses offer free consultations and will design a custom lighting scheme for the client. Installation typically takes about half a day to a day.

At Timberline, “Cost really varies, depending on the size of the home and whether people want to light trees in the yard at the same time,” Early said. “Our minimum installation is $500.”

With the initial cost comes maintenance, take-down and storage. Timberline can update lighting schemes for those who like to switch things year to year, Early said.

“One thing we find people really love about it is they can change up their design and colors from year to year. We also changed everything to the LED lights, which are more environmentally friendly and electric-bill friendly,” she said.

At Springs Christmas Lights, “We provide the lights. The first year is an investment for each of our clients. They purchase lights customized to fit their house. We provide our own custom extension cords and clips. Everything is non-invasive, so we’re not poking holes in the house,” Martens said.

The cost to buy lights from Springs Christmas Lights and get them installed on the front of a house typically is about $550 for incandescent bulbs or about $750 for the energy-efficient LED displays, Martens said. To reinstall the same lights the next year usually runs about $250, he said.

Springs Christmas Lights is offering a 20 percent discount to those who book light installation by Nov. 15, which helps the family-owned business schedule its work for the season. Contact the business at springschristmaslights.com

Holiday lighting displays typically are taken down in early January. “A lot of people with HOAs are required to have lights taken down by a certain date, usually in January or February,” said Early.

Over the past five years, Timberline has produced an online Colorado Springs Christmas Lights Guide, an interactive map showing “must-see” residential displays (those installed by Timberline and others) along with coffee/hot cocoa stops along the routes. Residents can upload their own light display photos. It will be operating after Dec. 1 at timberlinelandscaping.com/christmas-decor/.

“We do a lot of big projects,” Hahn said. “The Denver Botanic Gardens display we did last year was named one of the top five holiday lighting displays in the country. We’ve done the holiday lighting in the town of Parker for close to 20 years. We were kind of the pioneers in this.”

Greg Lehmkuhl, creative director of the garden, home and outdoor lifestyle brand Terrain, had an online chat with readers. Here’s an edited excerpt: