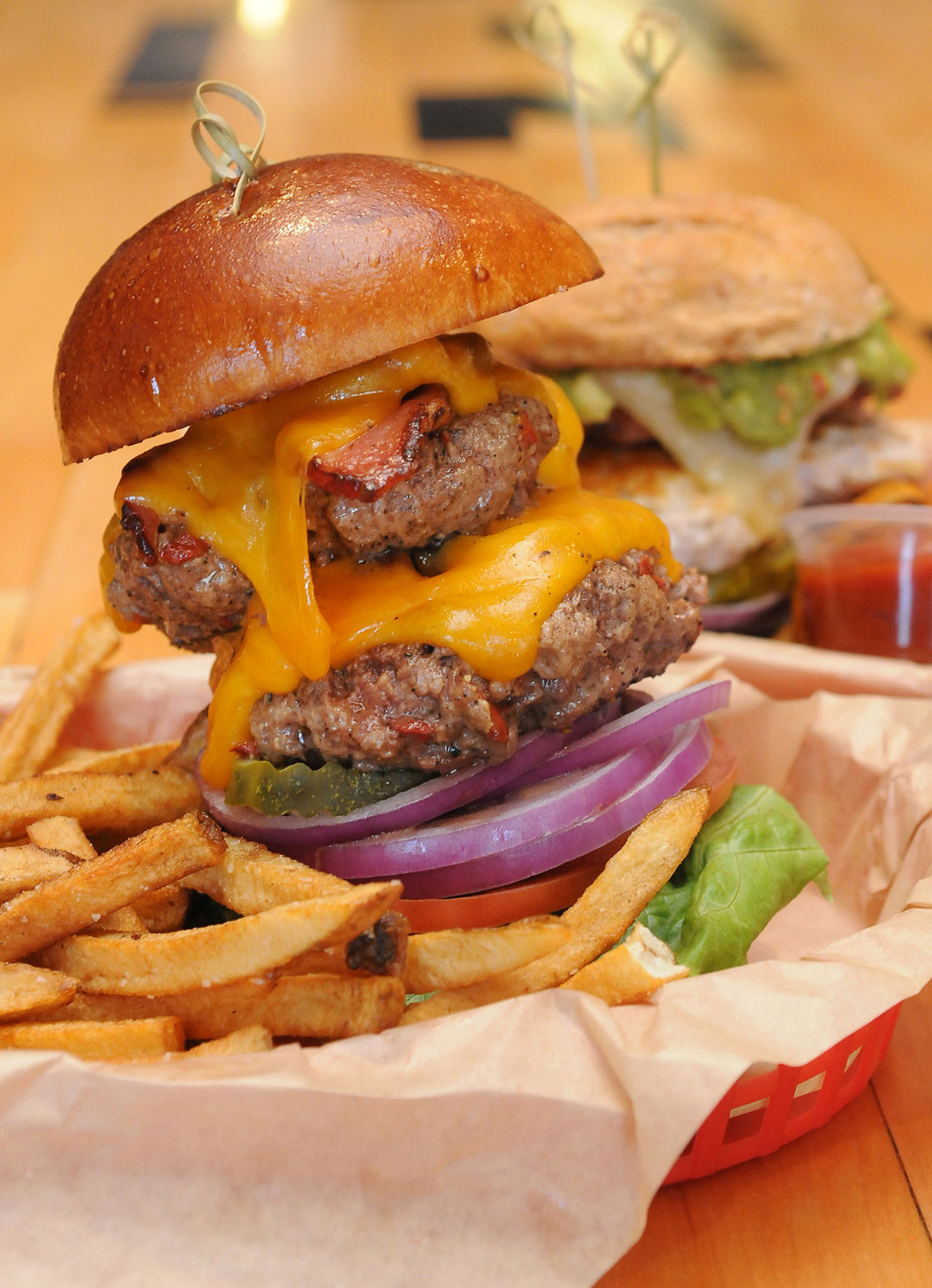 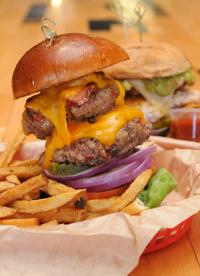 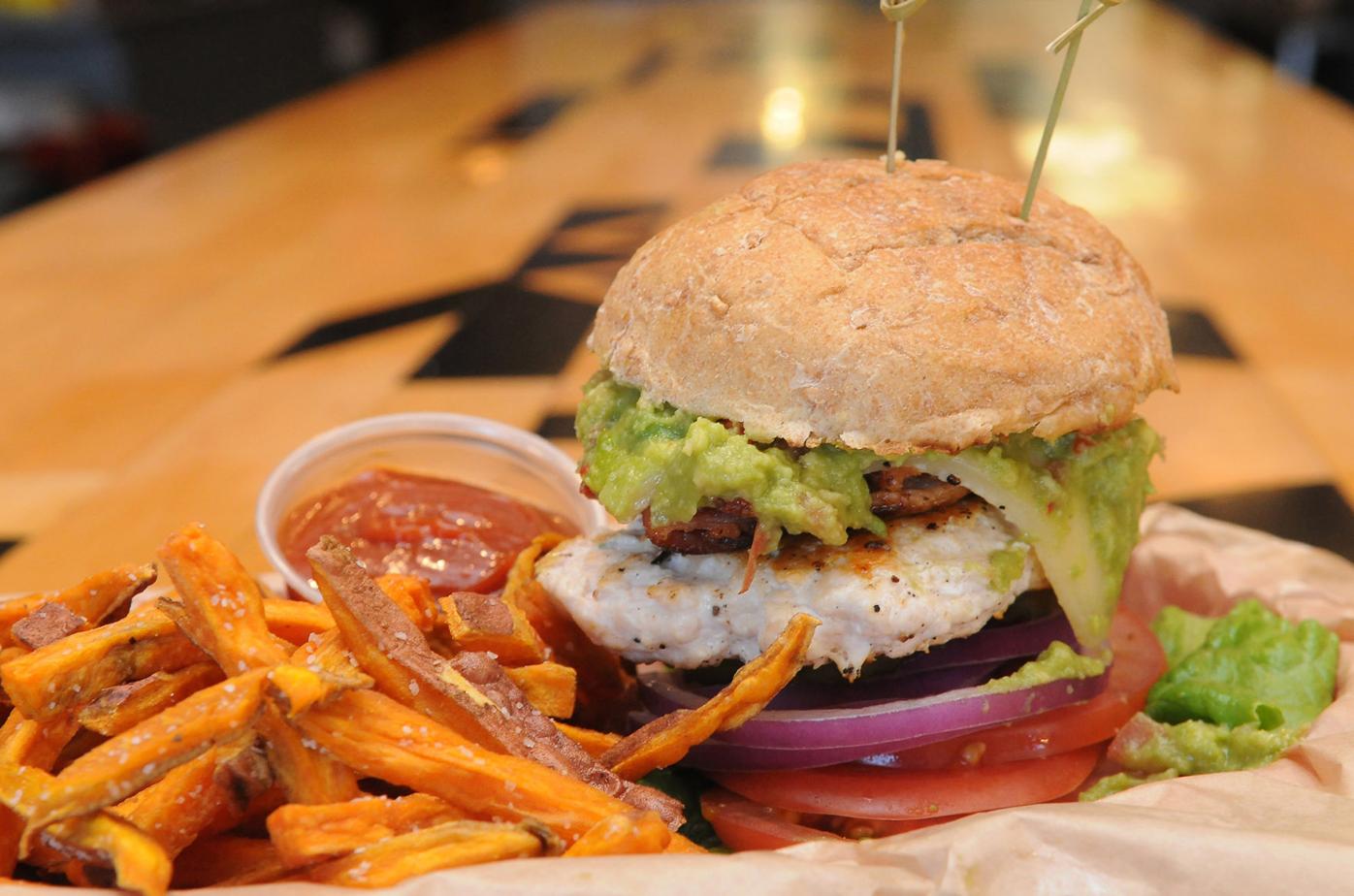 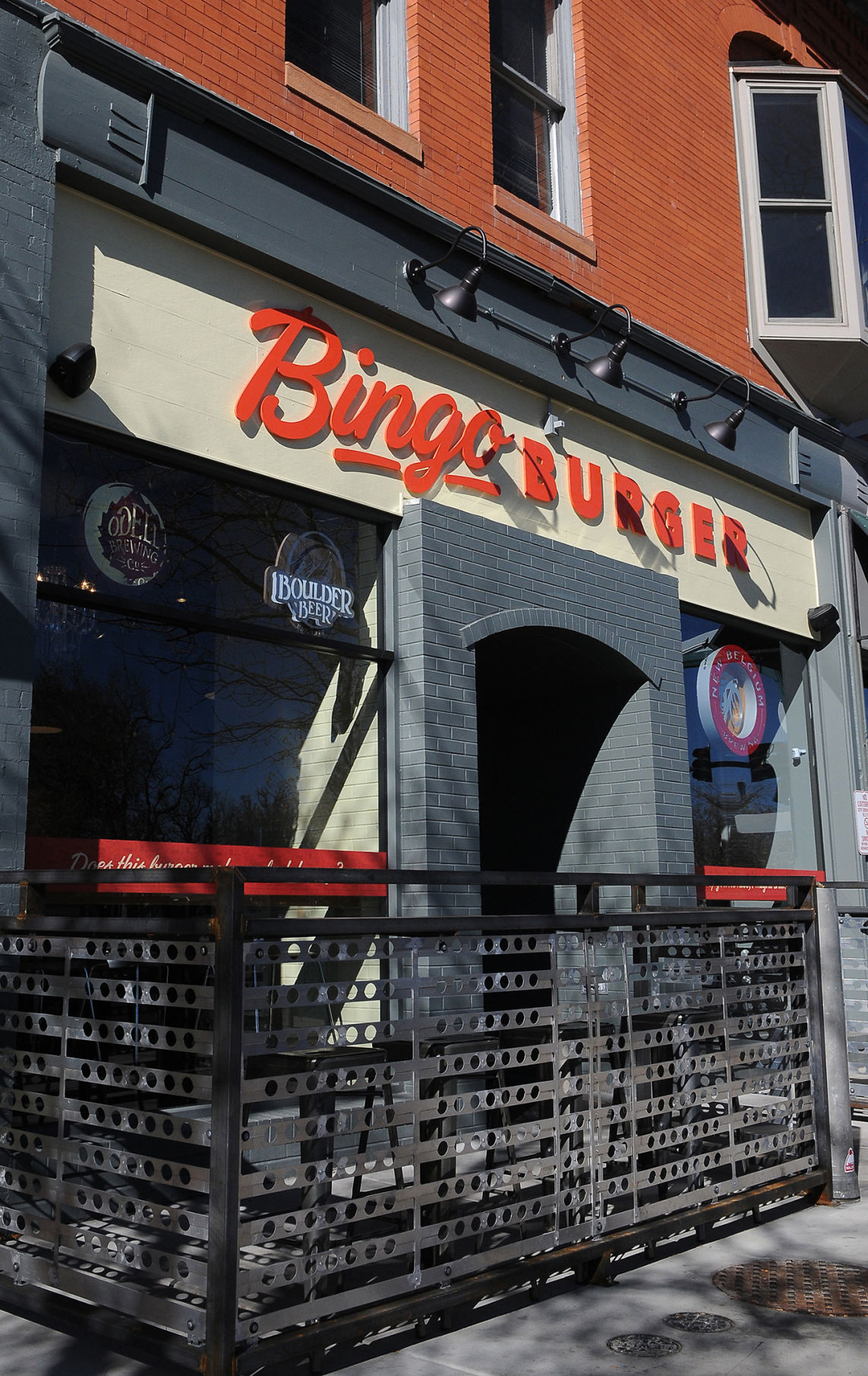 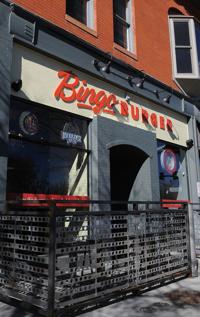 Despite the lines at the counter, the hefty prices and the inability to eat without making a mess, I'm happy to venture downtown for what's best described as a gourmet super burger - or a super gourmet burger - at Bingo Burger.

A friend clued me in on Pueblo's Bingo Burger a few years ago. The owners grew up in the Steel City, left to attend the Culinary Institute of America and returned to their hometown. The menu at the Springs location, which opened a few months ago, is slightly different than its southern counterpart, but the basic tenant of fresh, creative ingredients - many locally sourced - remains the same.

Seven "Legendary Burgers" are available as are enough variations to the basic build-your-own concept to appease any math whiz. The Legendaries easily require four napkins, sometimes more, to help keep you looking civilized while eating. Most are cooked to medium, still pink in the middle, and they're juicy and so bound to be messy.

They're also fun. Consider the Incline ($10), not the one to climb, but Bingo's version, which is an eight-layer puzzle in the form of a meal. It's a challenge, like its namesake, because it's hard to know how to eat the thing. It starts, as do most of the options, with the Bingo Burger: "1/3-pound local grass-fed beef w/Pueblo chilies," according to the menu. From there, pimento cheese, more green chilies, thick bacon, lettuce, tomato, onion and pickles are placed between halves of a faintly sweet brioche bun. It's held together with a 6-inch bamboo skewer.

When served, it's a thing of beauty; in the process of eating, not so much. I resorted to cutting off bites with a plastic knife and fork to dip in the spicy Chipotle Ranch, which I had requested on the side rather than as the ninth layer. My favorite part was the pimento cheese; I'd order it by the quart if available. The house-made blend of cheddar cheese, mayo and pimento is bright in color and flavor.

I've managed to eat a basic Bingo Burger with cheese ($7.25) with two hands and several napkins, but the Legendary Burgers are too unwieldy.

Another Legendary is the Bessemer ($8.25). This, too, is a multitier production featuring pieces of thick slab bacon, Pueblo Chile Jack cheese and barbecue sauce. I didn't get any of the nuances of the sauce. Next time, I think I'd order that on the side for dipping the burger into just as I did with the Incline. Also, my expectation was that with the chili in the cheese and meat there would be quite a kick. In fact, it was tame (not bland), so my husband dubbed it the gringo burger.

My Incline was perfectly pink where it should have been, but the Bessemer was overdone. On previous visits, this same inconsistency also proved to be the case with our basic Bingo Burgers.

Though beef dominates the menu, it's not the only protein in the kitchen. The Legendary Burgers include The Tejon ($10.50), lamb burger with goat cheese; the Go Fish ($10.50), fresh salmon filet with avocado slices, bacon and basil pesto mayonnaise; and the Blackout ($9.75), ground chicken with Swiss cheese, thick slab bacon and guacamole on a multigrain bun.

We tried the latter because we were curious about ground chicken. I expected something closer in texture to ground beef than a chicken breast. Since it looked like the latter I was surprised at its flat taste. Dipping it in the chipotle mayo from my Incline provided more flavor. The next time I go beefless, I'll try the veggie burger: quinoa, garbanzo and mushrooms.

No burger joint would be worth its buns without fries. Bingo offers two varieties: hand-cut San Luis Valley spuds and hand-cut sweet potato. They're nicely fried and sprinkled with sea salt. I appreciate that a 50/50 option ($3.50) is available, so I can enjoy both. Eight dipping sauces, not to mention basic ketchup, help to further liven things up, including cranberry barbecue that is savory and sweet.

Even though the place may seem chaotic, the staff is friendly and attentive. And, best of all they're in Colorado Springs.

Rating total: 4 out of 5 forks

- No reviews for Colorado Springs location on TripAdvisor

No violations noted by the  El Paso County Health Department.