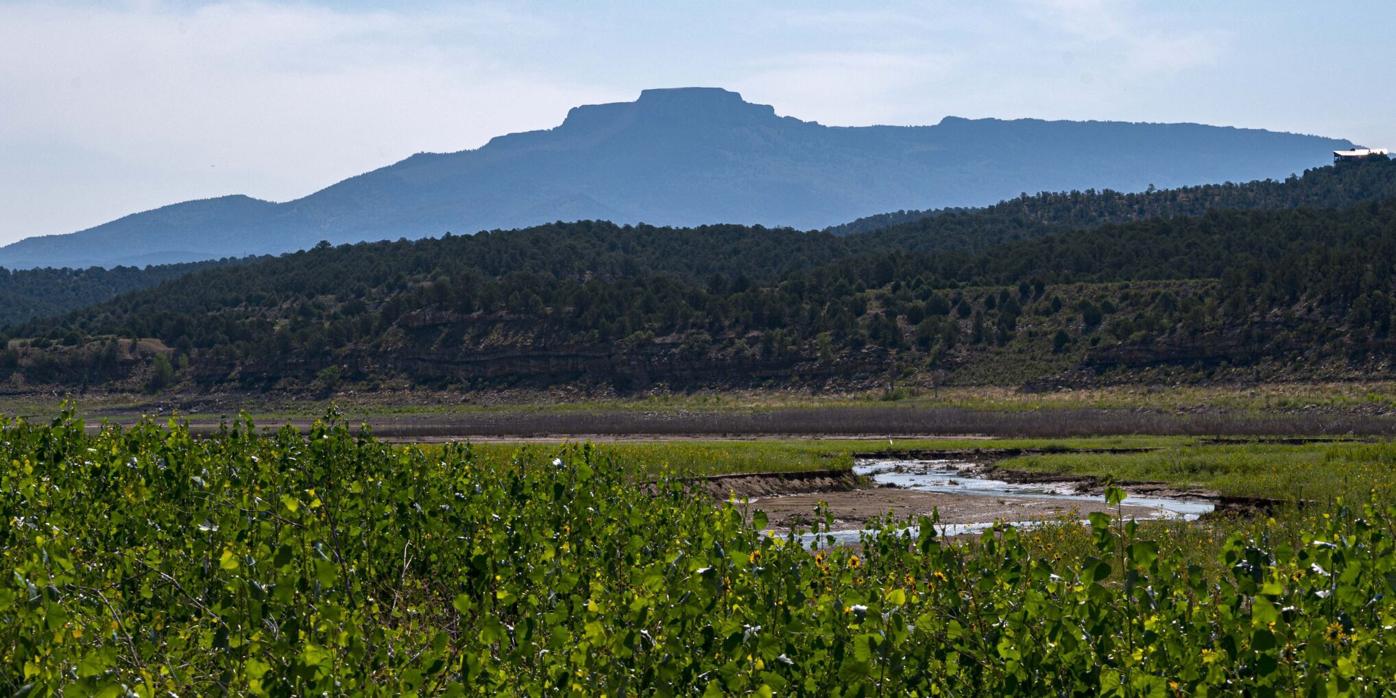 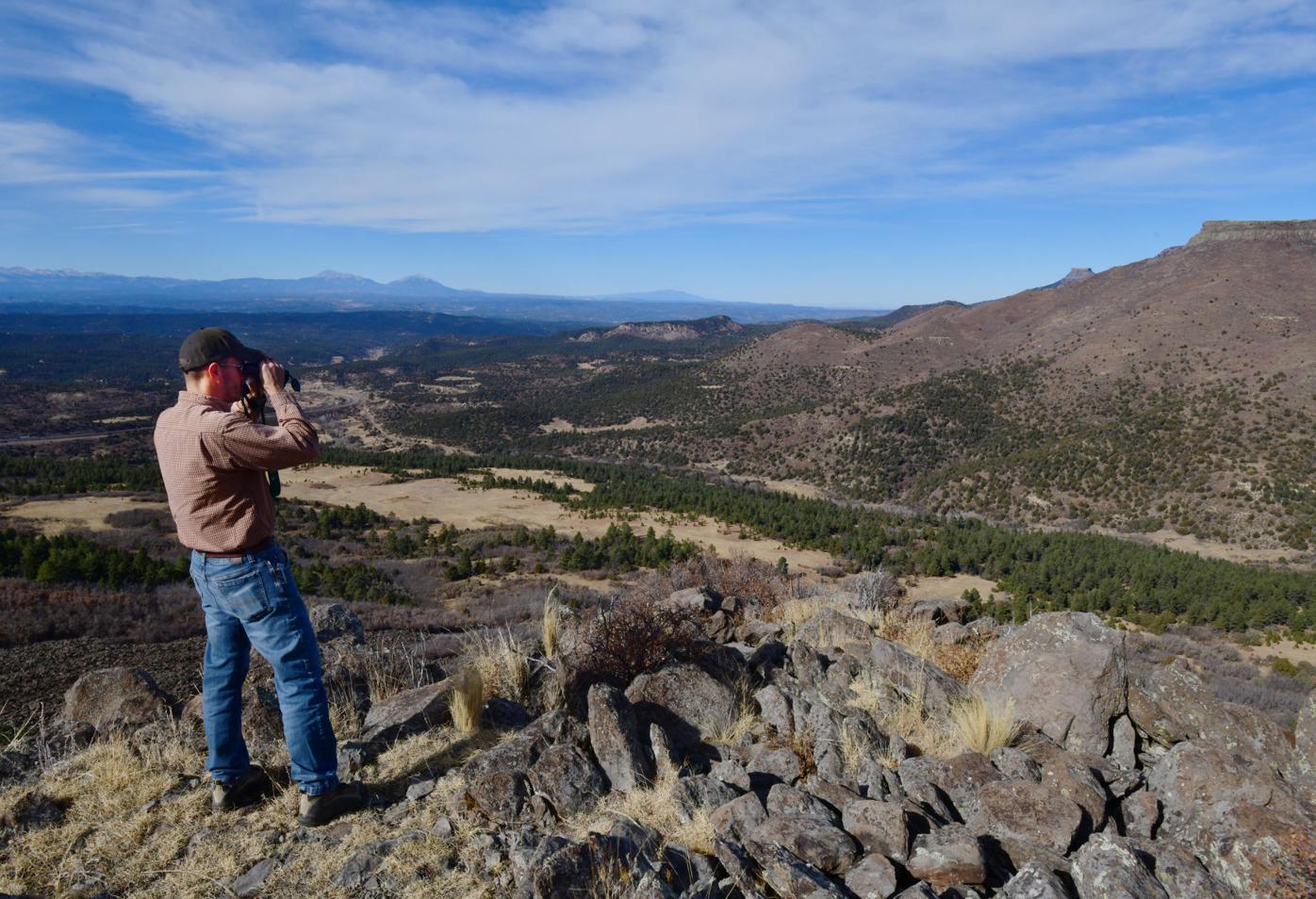 From a high meadow in the future Colorado state park, Matt Moorhead with The Nature Conservancy looks for the abundant wildlife. Elevations in the park range from 6,000 feet to 9,600 feet. The area is home to a wide range of habitats, including a year-round elk herd. To Moor

head’s left in the background are the Spanish Peaks. 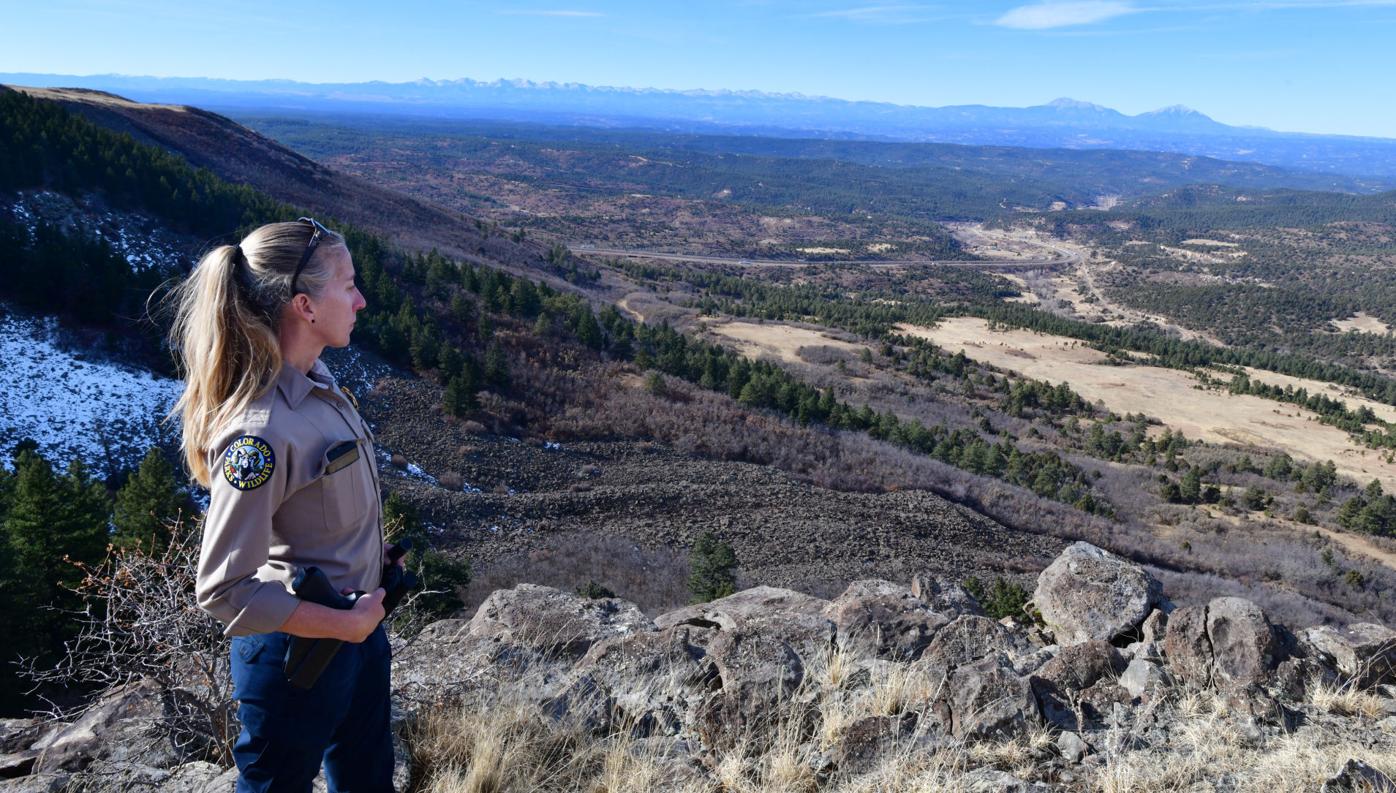 From a high meadow in the future Colorado state park, Matt Moorhead with The Nature Conservancy looks for the abundant wildlife. Elevations in the park range from 6,000 feet to 9,600 feet. The area is home to a wide range of habitats, including a year-round elk herd. To Moor

head’s left in the background are the Spanish Peaks.

"While I'm thrilled to be able to invite folks to come see this historic, geologic, cultural and scenic treasure of a park, I feel I must caution everyone not to expect too much at this time," Dreiling wrote.

But a celebratory affair is set. Gov. Jared Polis is expected to be on hand Friday afternoon for an invite-only ribbon-cutting. Gates are expected to open at 3 p.m. And from sunrise to sunset daily thereafter, a 250-acre slice will be available to hikers who've been anticipating Colorado's 42nd state park.

Last fall, Polis hosted a ceremony in Trinidad declaring what was to be the second biggest preserve protected by Colorado Parks and Wildlife (State Forest State Park is the largest). The governor's proclamation called for "a meaningful level" of public access at Fishers Peak by the start of 2021.

That seemed a lofty goal for onlookers recalling the 27-year wait to open Staunton State Park in 2013.

"Historically, Colorado Parks and Wildlife has taken years to research a property and develop a master plan," Dreiling explained — a guiding document laying out future development and accounting for environmentally and archaeologically sensitive portions of land.

"At Fishers Peak, we set out from the beginning to try a new model," Dreiling went on. "Intense, rapid" expert assessments were made, she wrote, in order to construct a "sneak peek" corner of the park.

CPW has finished a 92-spot parking lot, from where visitors can picnic in the shadow of the 9,633-foot flat top monolith and explore three short trails.

First Look Trail stretches just a quarter-mile but boasts "spectacular views" of Fishers Peak, Dreiling wrote. Meandering a peaceful meadow, Discovery Trail has been logged shy of a mile. And the steep, road-converted Challenge Trail at 1 1/2 miles will "offer a glimpse of the extreme backcountry hiking challenges Fishers Peak will offer when fully developed," Dreiling wrote. Dogs will not be allowed on the foot paths.

This is "in recognition of the $6.35 million in Habitat Stamp funds used to help buy Fishers Peak," Dreiling wrote. A purchased stamp is required to buy a hunting or fishing tag, helping to fund CPW along with other licenses and park passes.

The $25 million purchase of the previously private ranch around Fishers Peak was also made possible by lottery-funded Great Outdoors Colorado and nonprofits Nature Conservancy and Trust for Public Land.

In year of pandemic, what to expect when planning Colorado winter fun

Anyone dreaming of Colorado snow this season unfortunately will wake to a world in which COVID-19 still exists. This is a reality of which the…