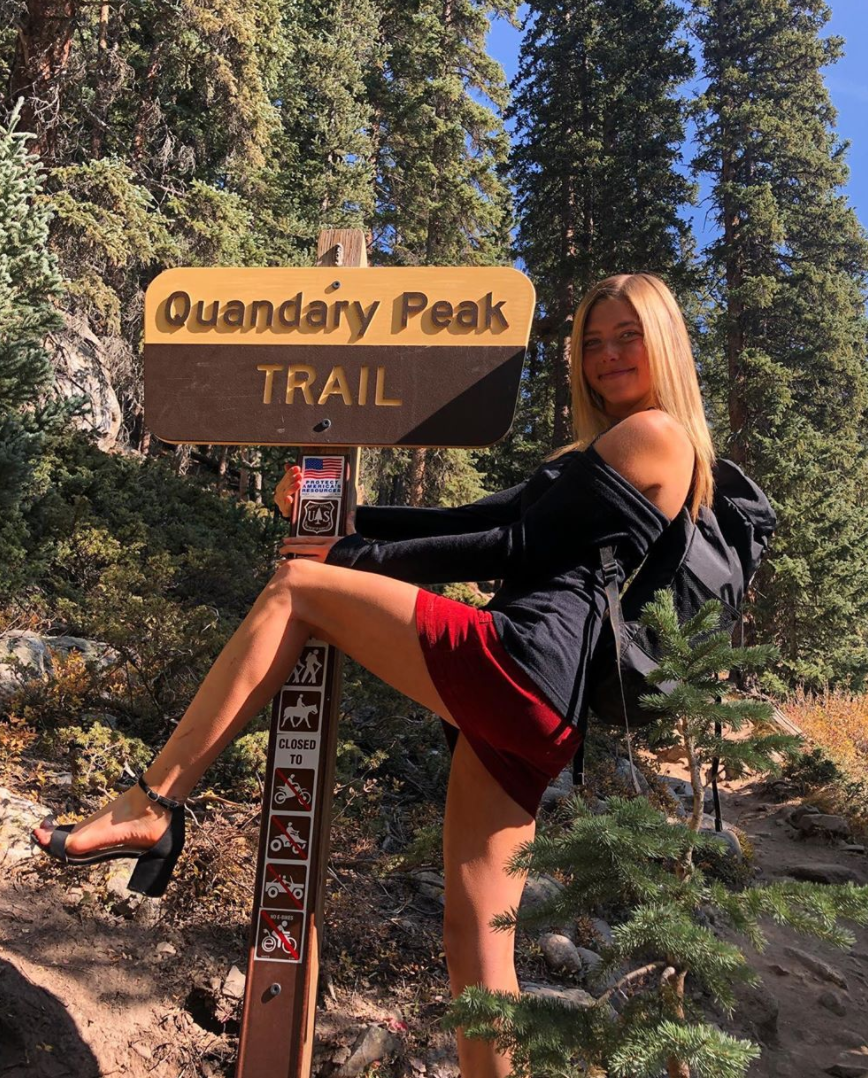 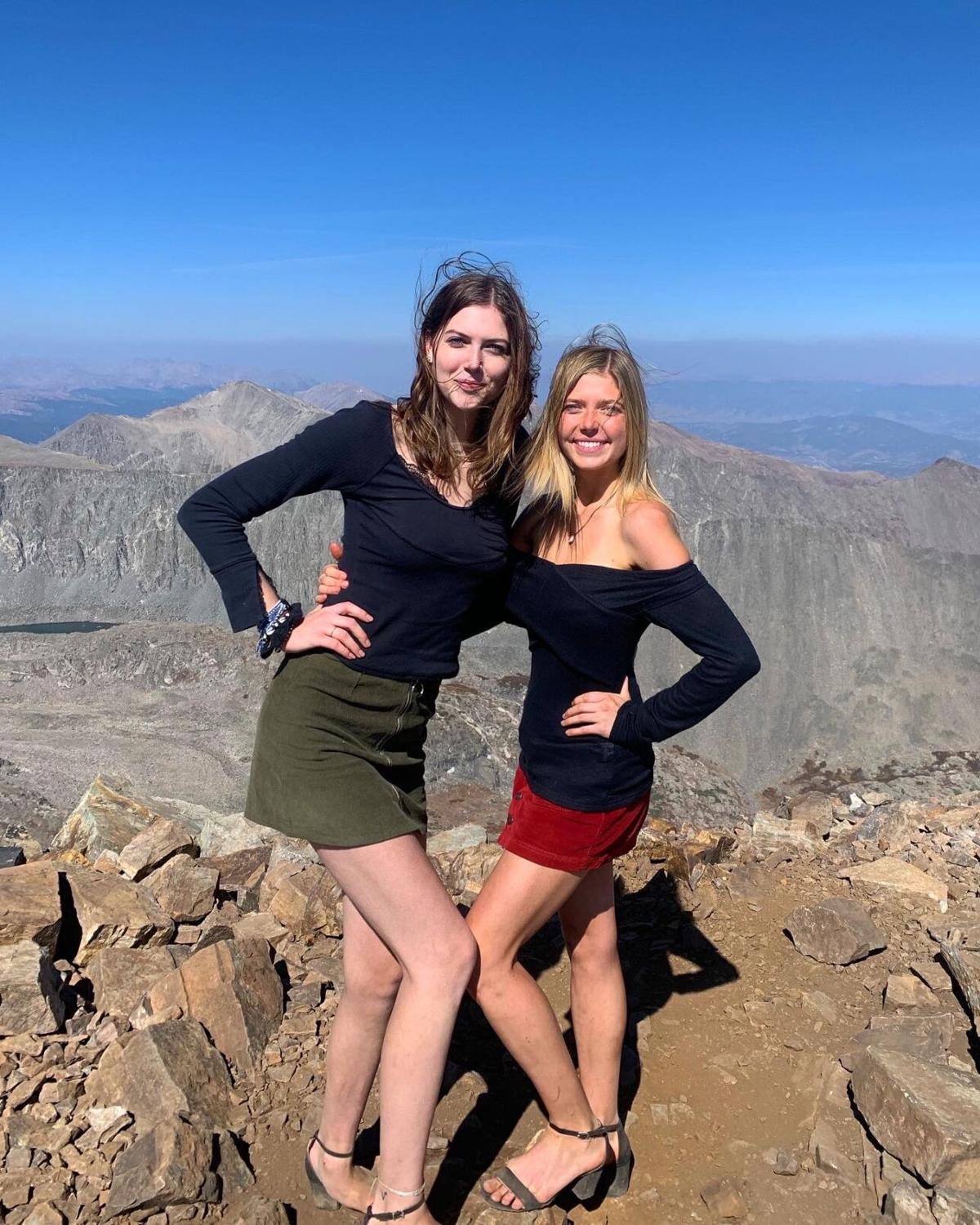 Erin Ton, right, and her sister, Hannah, recently hiked Quandary Peak together. They both wore high heels on the way up. 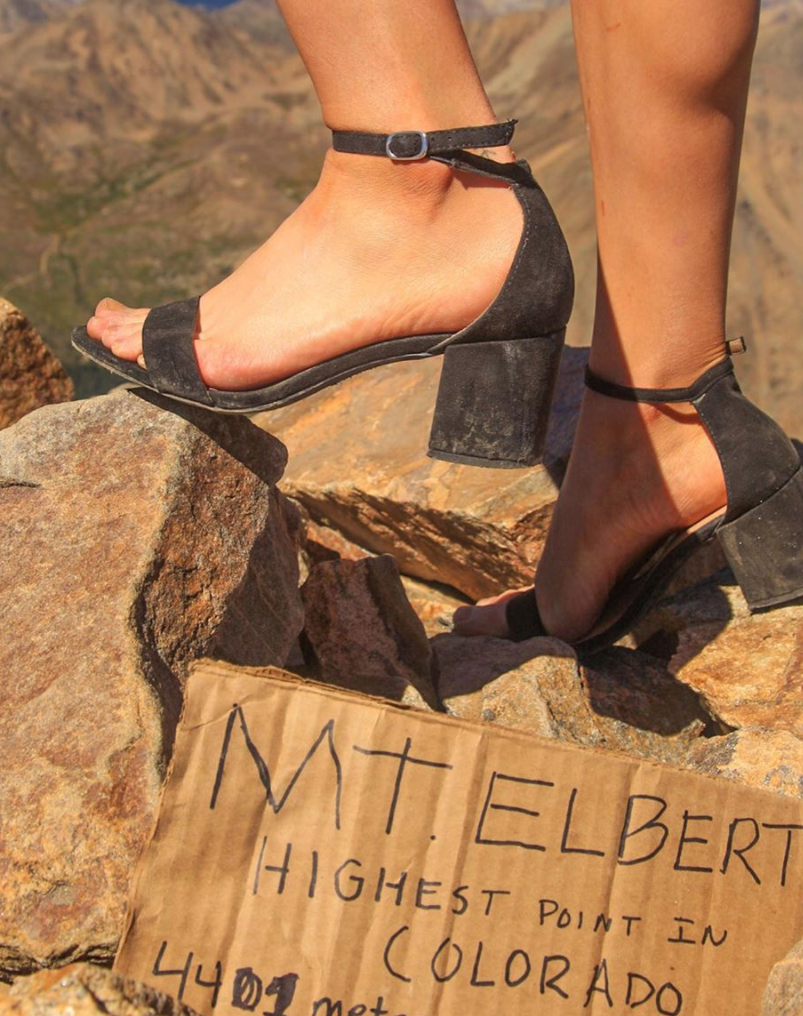 Erin Ton, right, and her sister, Hannah, recently hiked Quandary Peak together. They both wore high heels on the way up.

The sight would be easy to judge. A short red dress and high heels is far from the usual wardrobe worn (or recommended) by those hiking up one of Colorado’s fourteeners.

What they want to know is, simply, everything.

She hasn’t been hiking in heels for very long, but Ton says she gets so many questions. Does she know how hard a fourteener is? And what she’s getting into? Is she sane?

Mainly, there’s the “infamous why question.” Why wear heels on such strenuous terrain?

What they don’t know is she has done this before. She’s a fourteener finisher after all.

She climbed her 57th 14,000-foot-peak in August, two years after summiting her first one. For those counting, that’s three more peaks than are officially ranked by 14ers.com. For all of those peaks, she wore her trusted trail shoes.

The journey started in August 2018, when Ton was about to leave home for her junior year at Cornell University. She joined her sister and father on a hike up Mount Elbert.

“I remember being so sore for days,” she said.

That didn’t stop her from climbing two other fourteeners over the next few days. She was hooked.

Despite growing up in Thornton, Ton, who is 22, never hiked much.

“It wasn’t until I went away to college in upstate New York that I realized I had taken living in Colorado for granted,” she says.

For the next two years, she used breaks from school to climb mountain after mountain. After graduation this summer, she had more time. Ton thought she might burst into tears when she finally accomplished her goal. The mountains, she says, have come to mean so much to her.

“I imagined that moment in my mind a lot,” she said. “I pictured it being a lot more emotional.”

On the summit of Little Bear Peak, though, Ton felt calm.

“I think that’s because it wasn’t a definite end,” she said. “Once that goal ends, new goals arrive. I don’t think of it as a closed chapter.”

She started thinking about what was next, like more technical climbs and perhaps going for all of Colorado’s 13,000-foot peaks.

She also thought about a way to celebrate her accomplishment. It started as a joke. Then it became real.

A week after Little Bear, Ton found herself on the base of Mount Elbert wearing the only pair of high heels she owns. She’d only worn them once before at a college party.

“I thought it would be a fun celebration to hike Elbert again, but do it in high heels,” Ton said. “It’s kind of a full-circle thing”

She breezed through the ascent in two hours, much faster than she had two years earlier.

“Personally, it’s symbolic of how far I’ve come,” she says, “from struggling so much that first time and now I’m cruising up it in heels.”

She and her heels cruised up a few other peaks since, including Mount Bierstadt, Mount Sherman and Quandary Peak. She’s not sure how many more she’ll do, but she’s motivated by shocked and impressed reactions from fellow hikers on the mountains and on social media.

“So I guess this has unintentionally evolved into my trademark,” goes a recent caption on Ton’s Instagram. On a photo of her posing in heels by the trailhead sign for Quandary Peak, comments poured in.

“You’re going down in history, I’m telling you,” read one comment. Another said, “This makes my feet hurt just thinking about it! You rock!”

Ton says she knows many in the hiking community would call her actions dangerous. She doesn’t encourage less experienced hikers to try it.

“My response to that would be that I’m experienced and I know what I’m doing,” she said. “I don’t want to send a message about doing something stupid and reckless. I know what my boundaries are.”

For each climb, she carries supplies for blisters or rubbing. She throws on trail shoes for the descent to not “needlessly destroy my feet.” Other than that, she enjoys the ride.

As far as “the infamous why question,” there’s no profound answer.

After years of injuries, Colorado Springs runner has miles of advice to share

After dealing with injuries throughout his running career, Adam Schwerdt became a physical therapist to better understand the human body. And he's on a mission to share all he's learned with Colorado Springs runners.