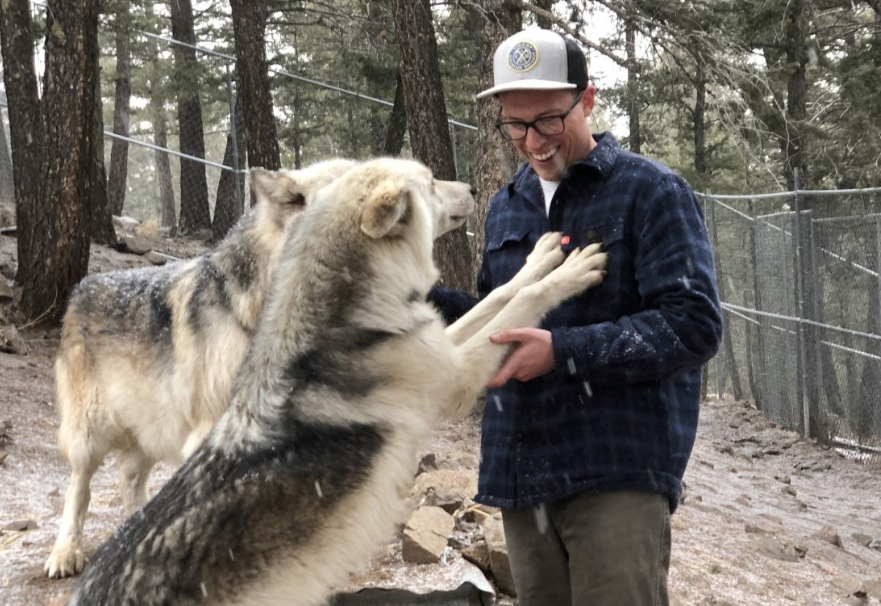 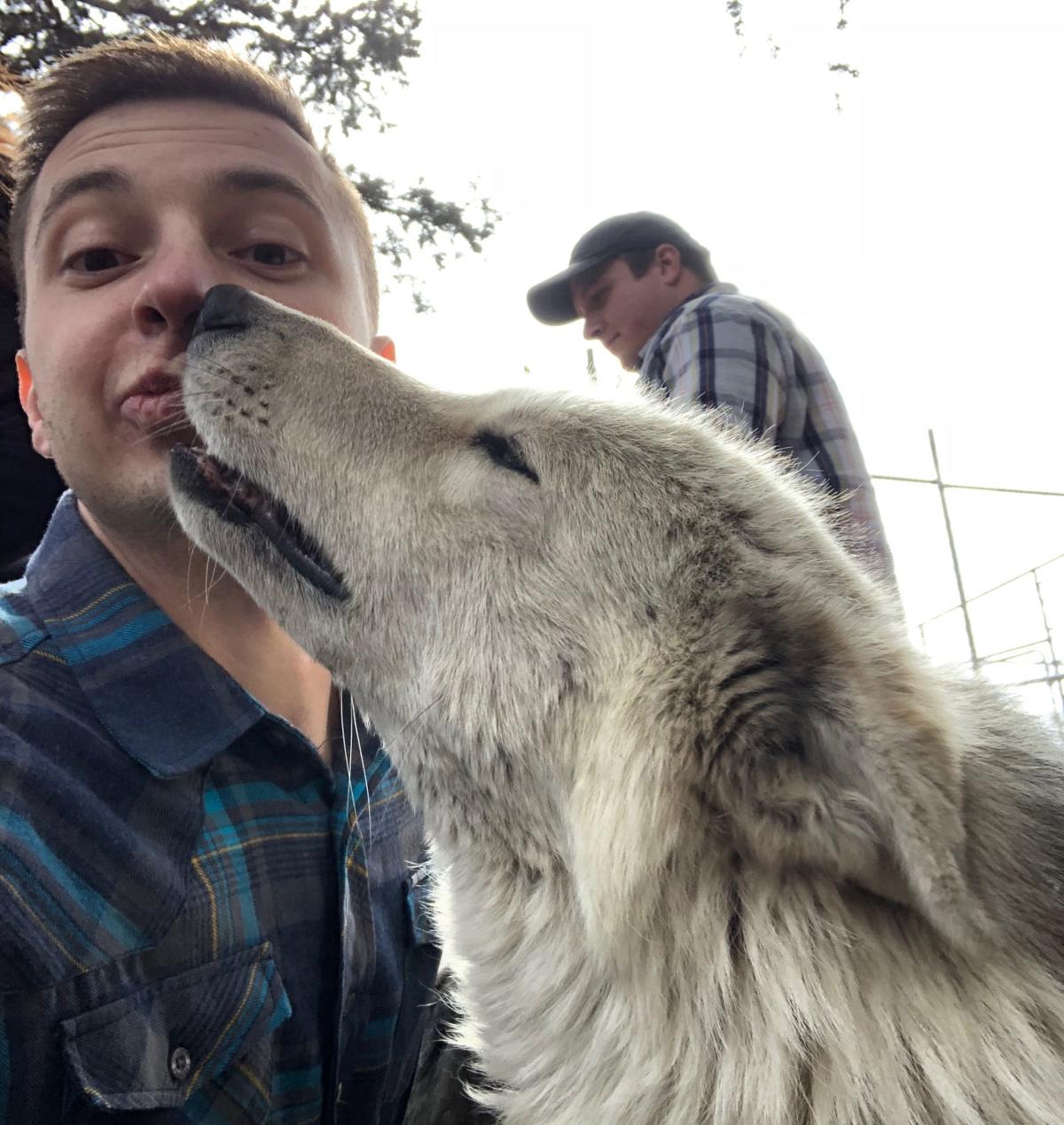 A Guffey wildlife sanctuary that’s been a haven for injured and abused wolves and wolf dogs for more than two decades will close at the end of the year.

The Rocky Mountain Wildlife Foundation is run by Mark and Catherine Johnson, who have found caring for the animals more difficult as they’ve aged, the organization said in a Sunday Facebook post announcing the closure.

About a dozen canines that are housed by the foundation are being moved to a roughly 8-acre mountain property in Sedalia owned by Mattersville, a Colorado nonprofit that aims to provide housing and job training for veterans. There, the public will be able to participate in wolf tours and can plan walks or hikes with some of the more socialized animals, said Mattersville Executive Director Drew Robertson.

“It was the best thing for not only our vets, but the wolves, and all parties involved,” Robertson said.

The Rocky Mountain Wildlife Foundation was founded by Mark Johnson in February 2001 as a sanctuary for wolves that were injured or abused, the foundation’s website says. His first wolf, Cheyenne, was known as “the Healing Wolf” and drew visitors from across the country until her death in 2009, according to the website.

Gallery: Meeting these wolves won't cost you a dime 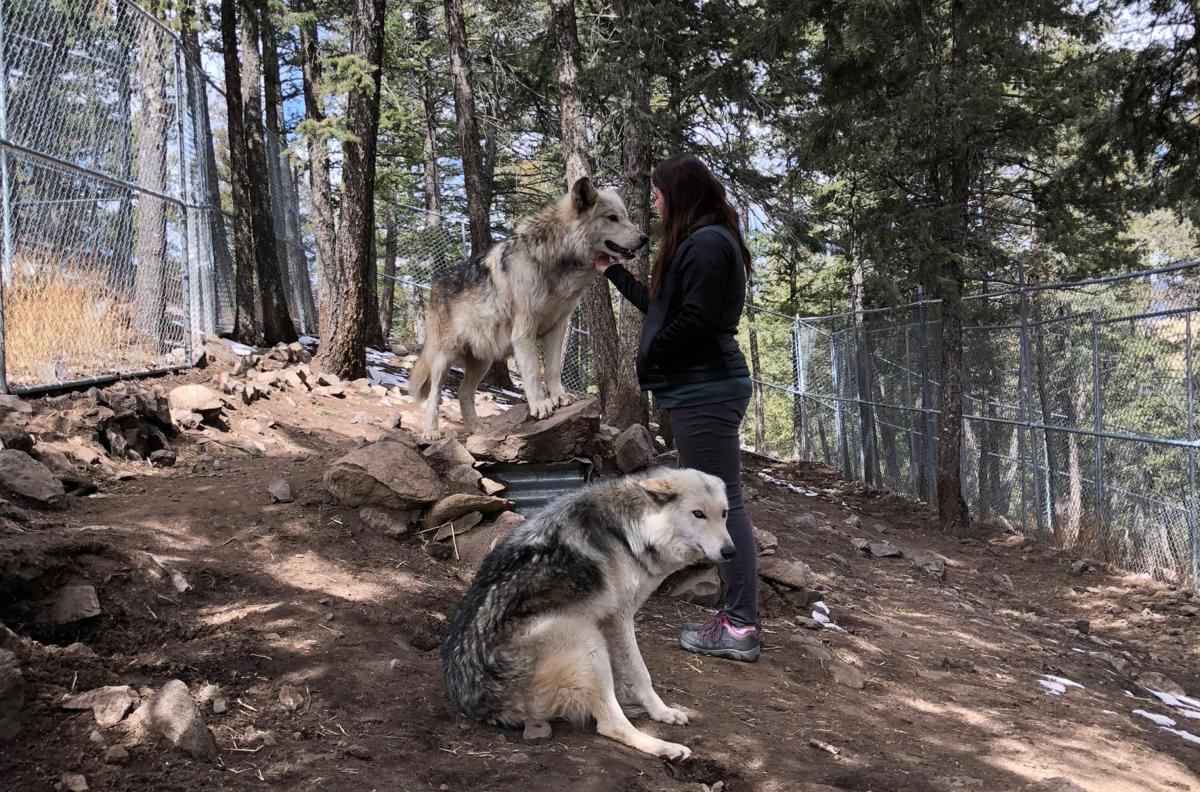 Get kisses from a wolf Have you heard of Rocky Mountain Wildlife Foundation? Check out their website and book a free visit. You'll get to interact with wolves and learn a lot about this awesome species. While a private tour here is free, donations are accepted. Considering that many wolf parks charge hundreds for interactive visits, that's quite the deal. Donations tend to fall in the $20 per person range. 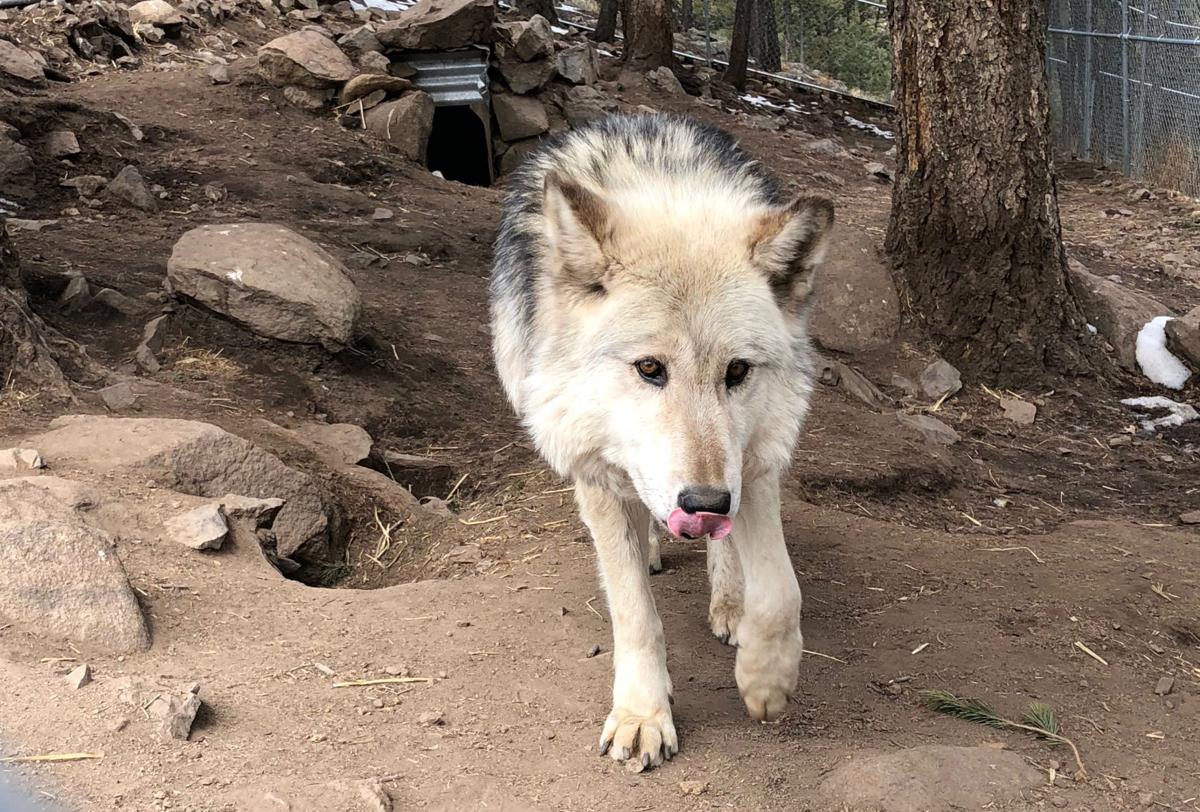 Most of the wolves and wolf dogs here are very well-trained, but they are still wild animals. You'll have to sign a waiver to enter their space. While that might sound a little intimidating, the staff is accident-free when it comes to those participating in their tours. 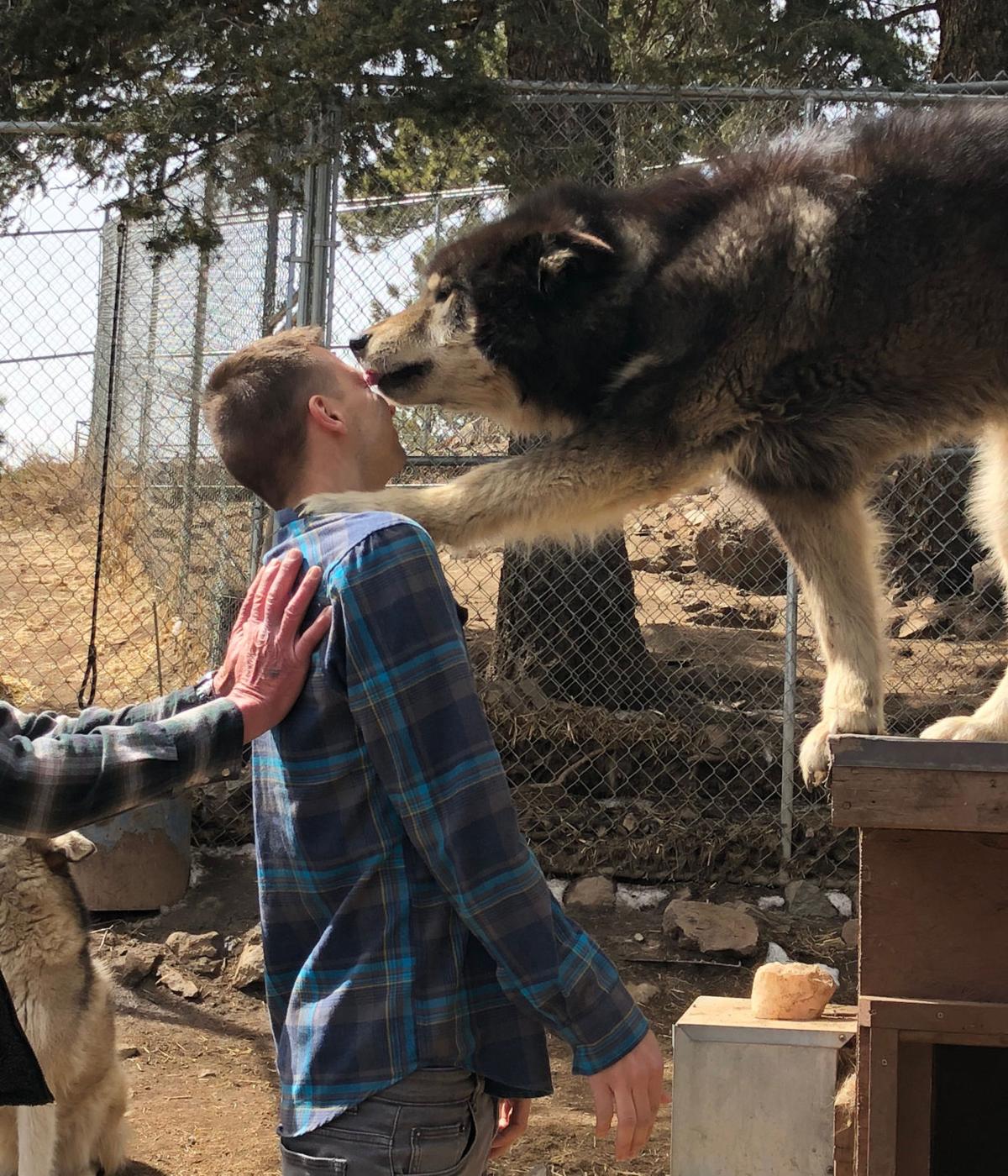 Different wolves have different ways of doing it, which may involve a ton of slobbery kisses. 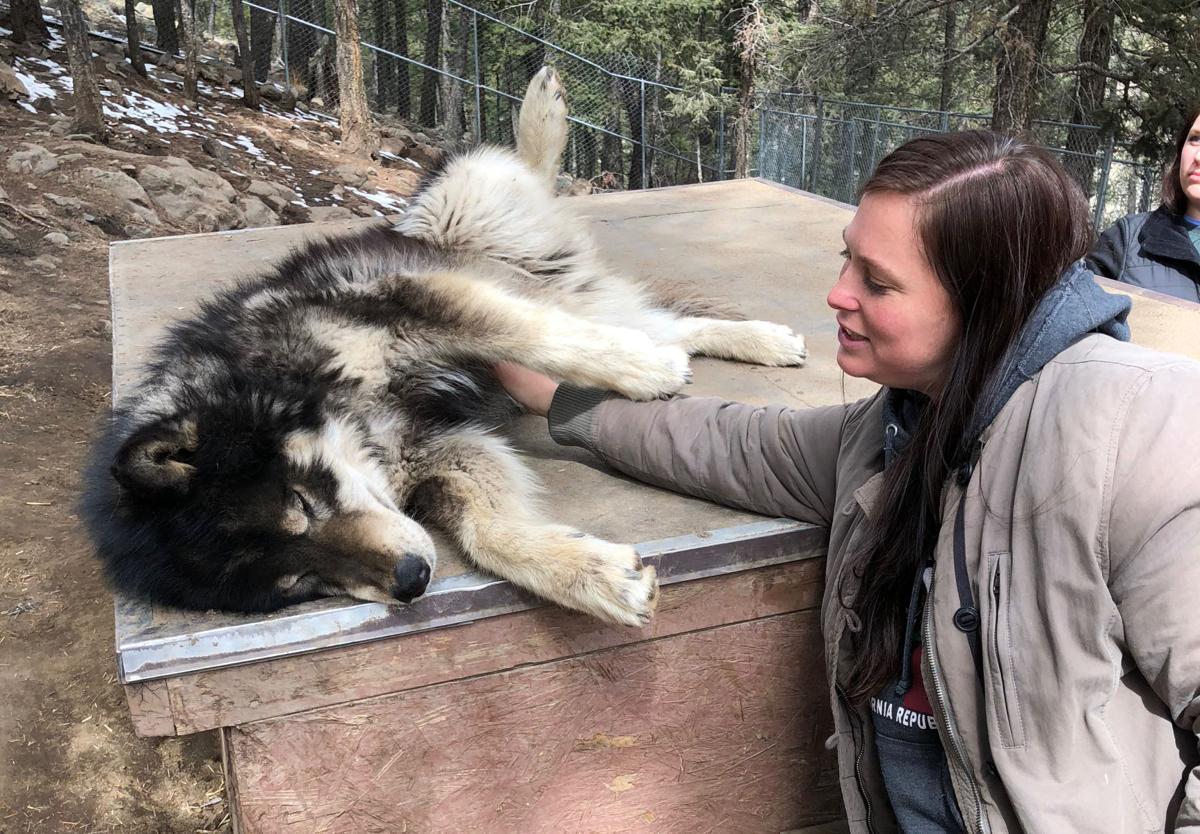 After the wolves accept you, they're all about the pets. 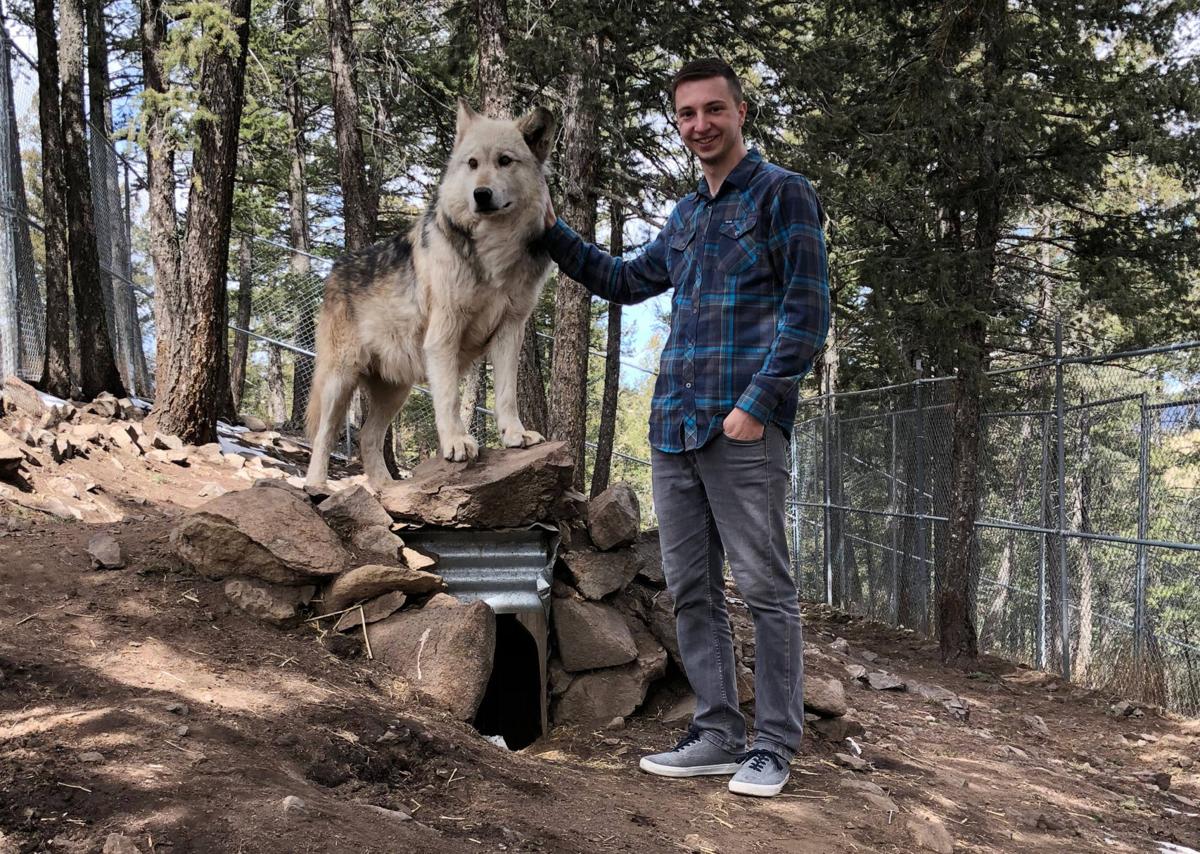 The wolves at this facility are rescues. 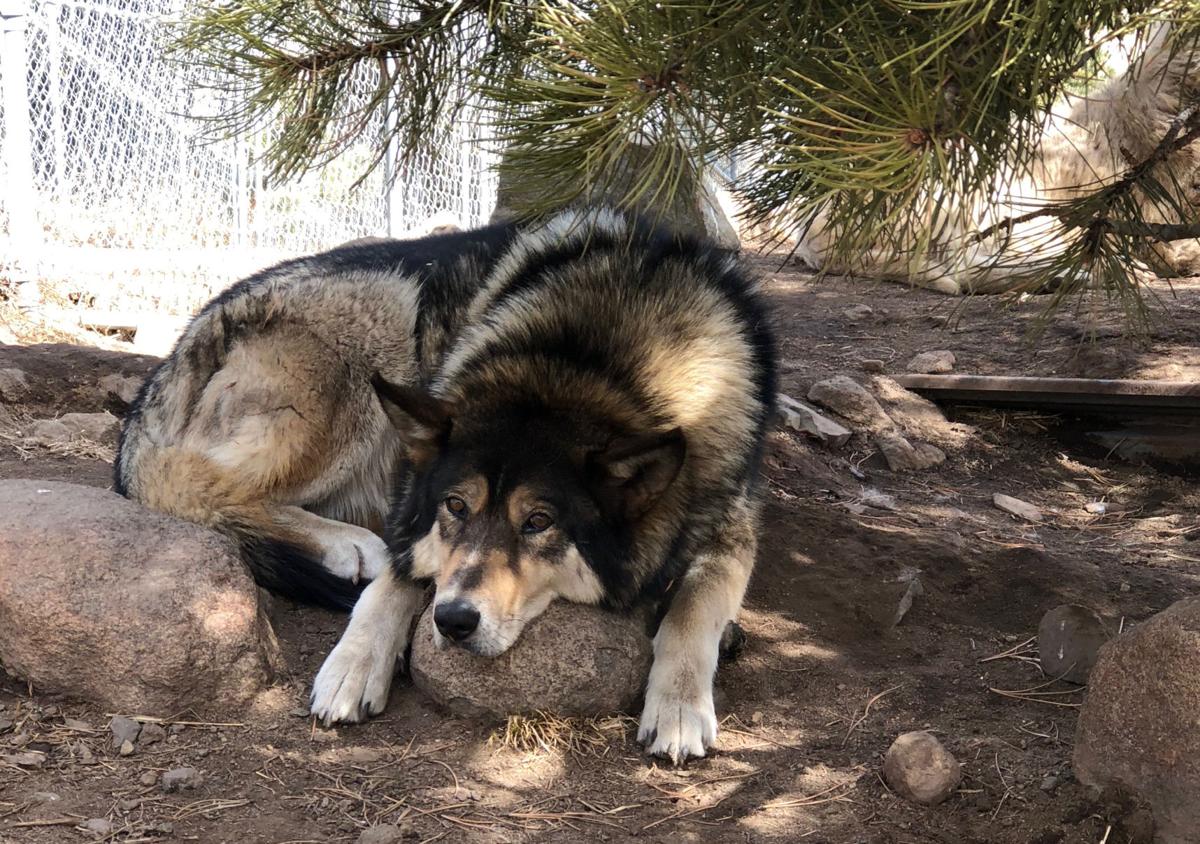 Many come from previous lives made rough by abuse and neglect. 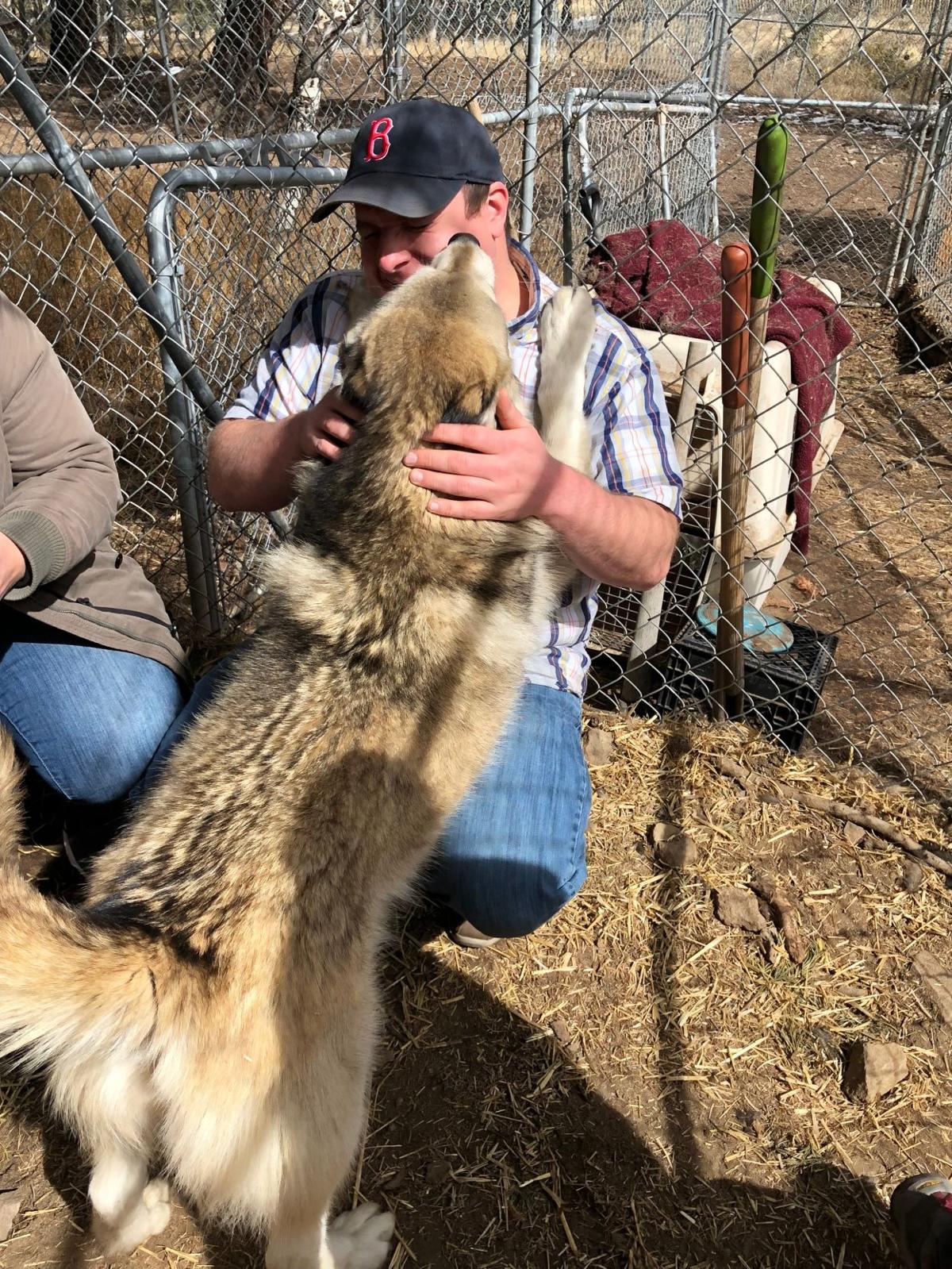 If you visit, wear clothes you can get a little dirty. There's a good chance they'll be jumping at the chance to meet you. 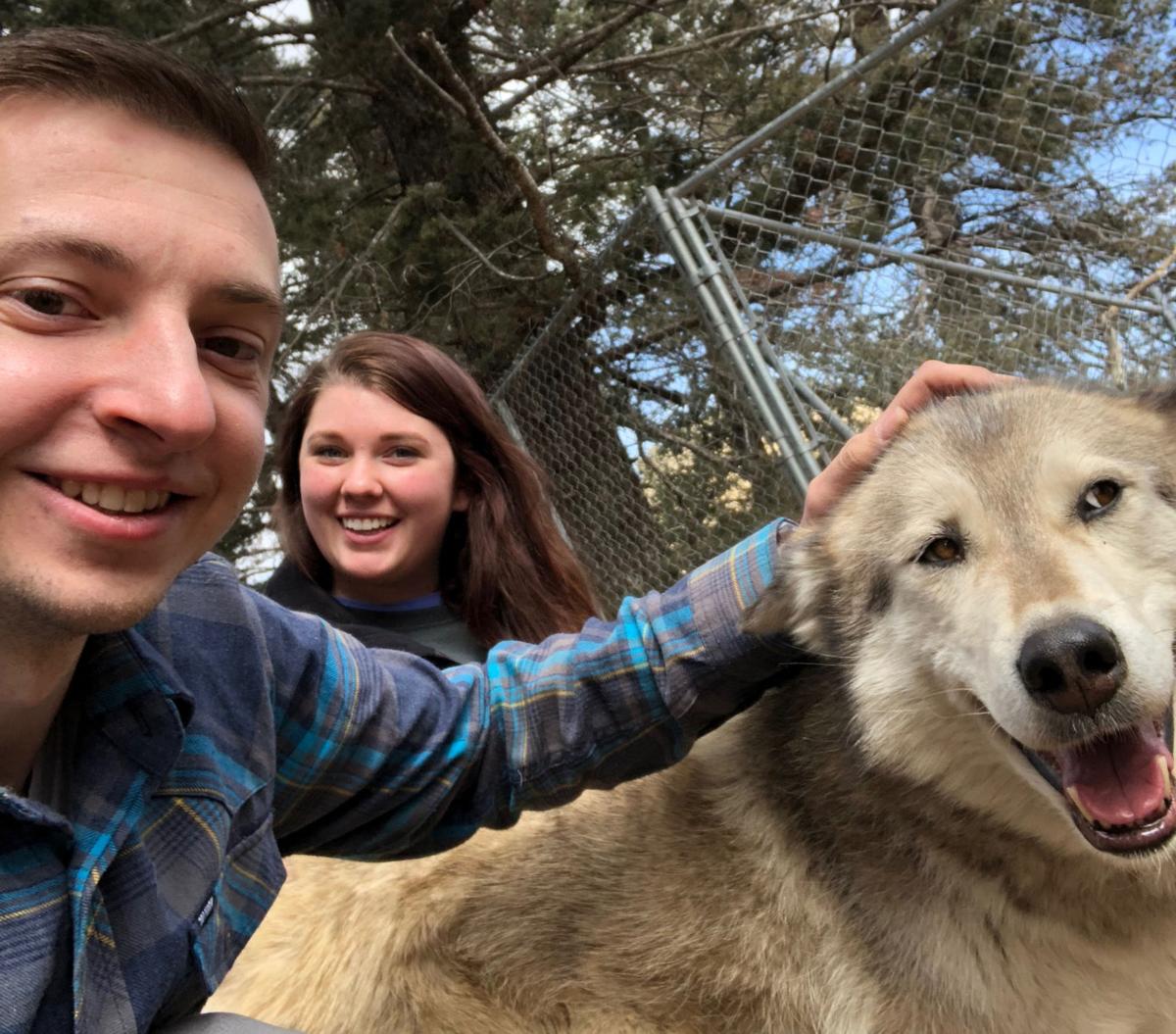 Now they get plenty of loving attention. 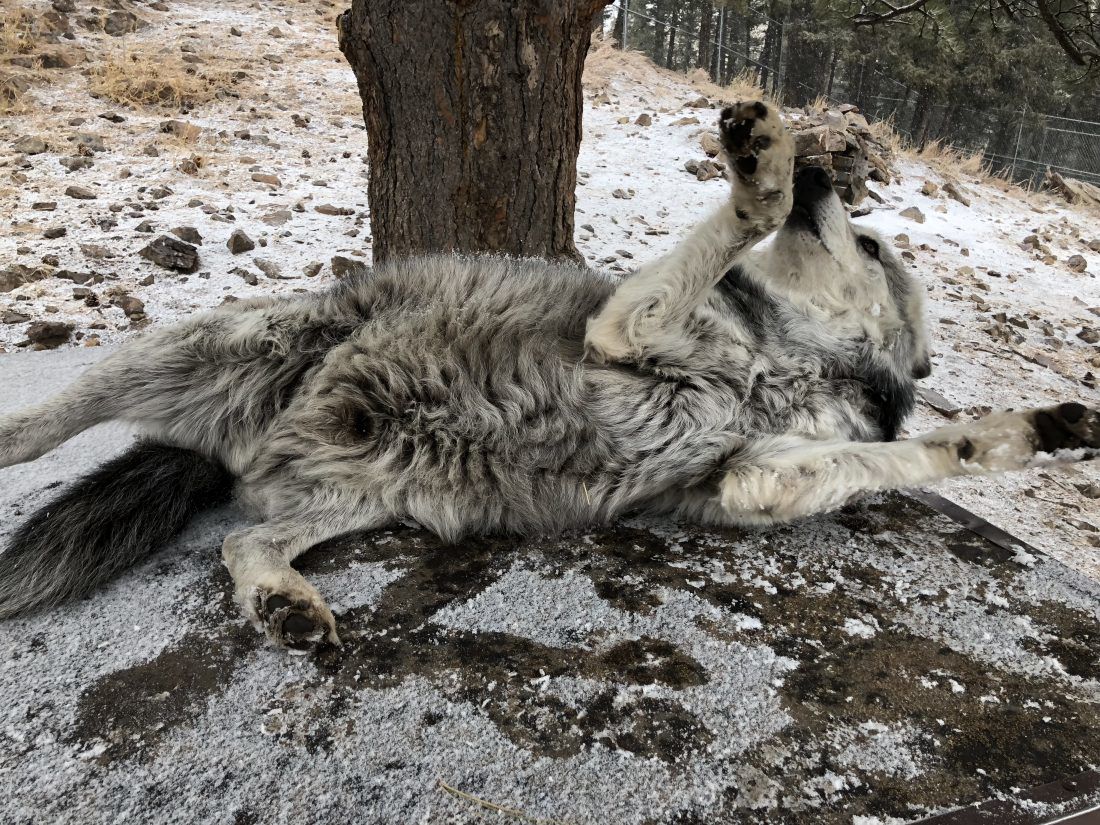 This is the Alpha of the pack. Initially he was growling but eventually, he calmed down and we were able to safely enter. After he greeted us, he was belly up for the man who runs the facility, just begging for pets. 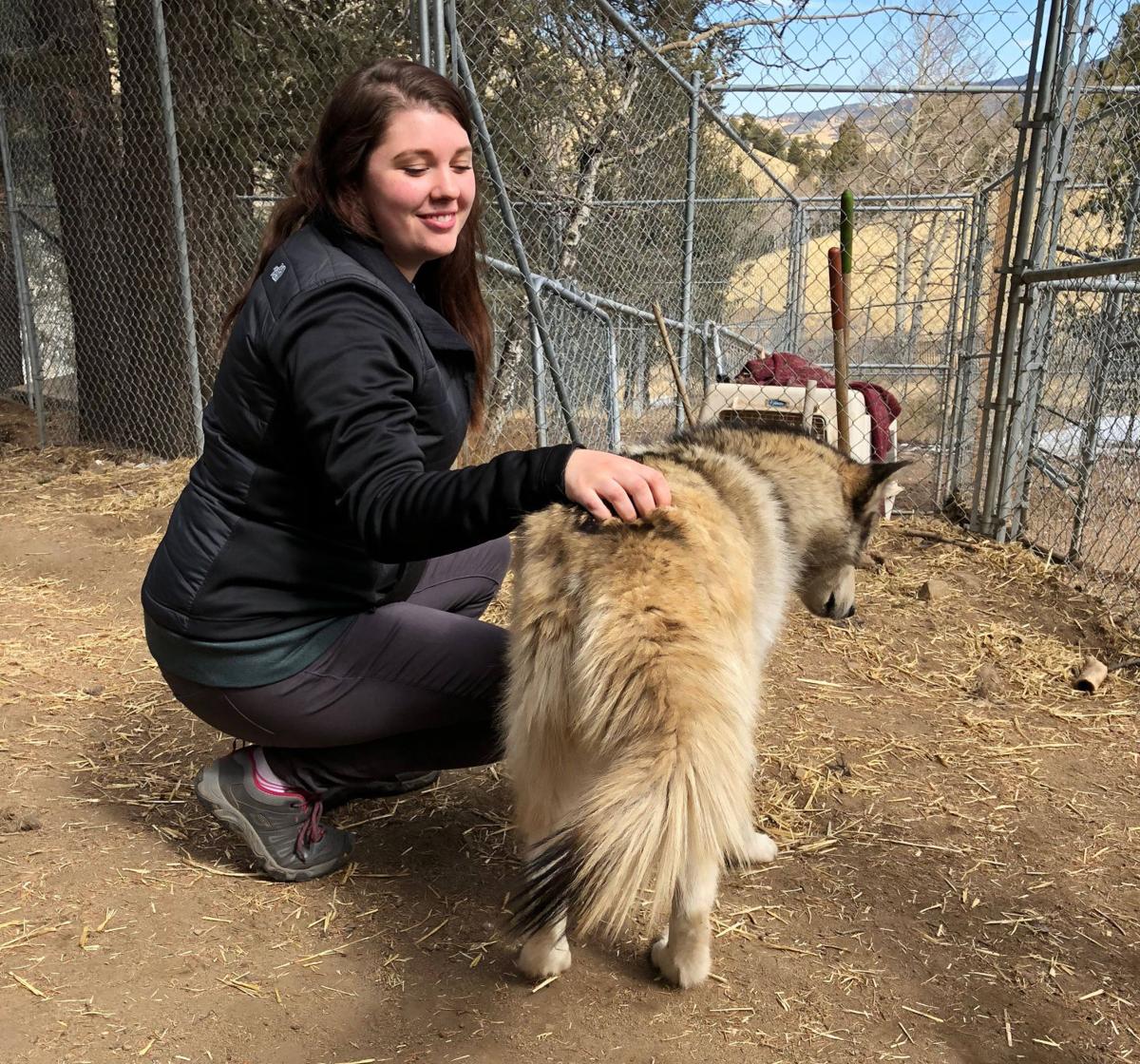 Be warned, the wolves will call you back for more pets if they're not finished with you. 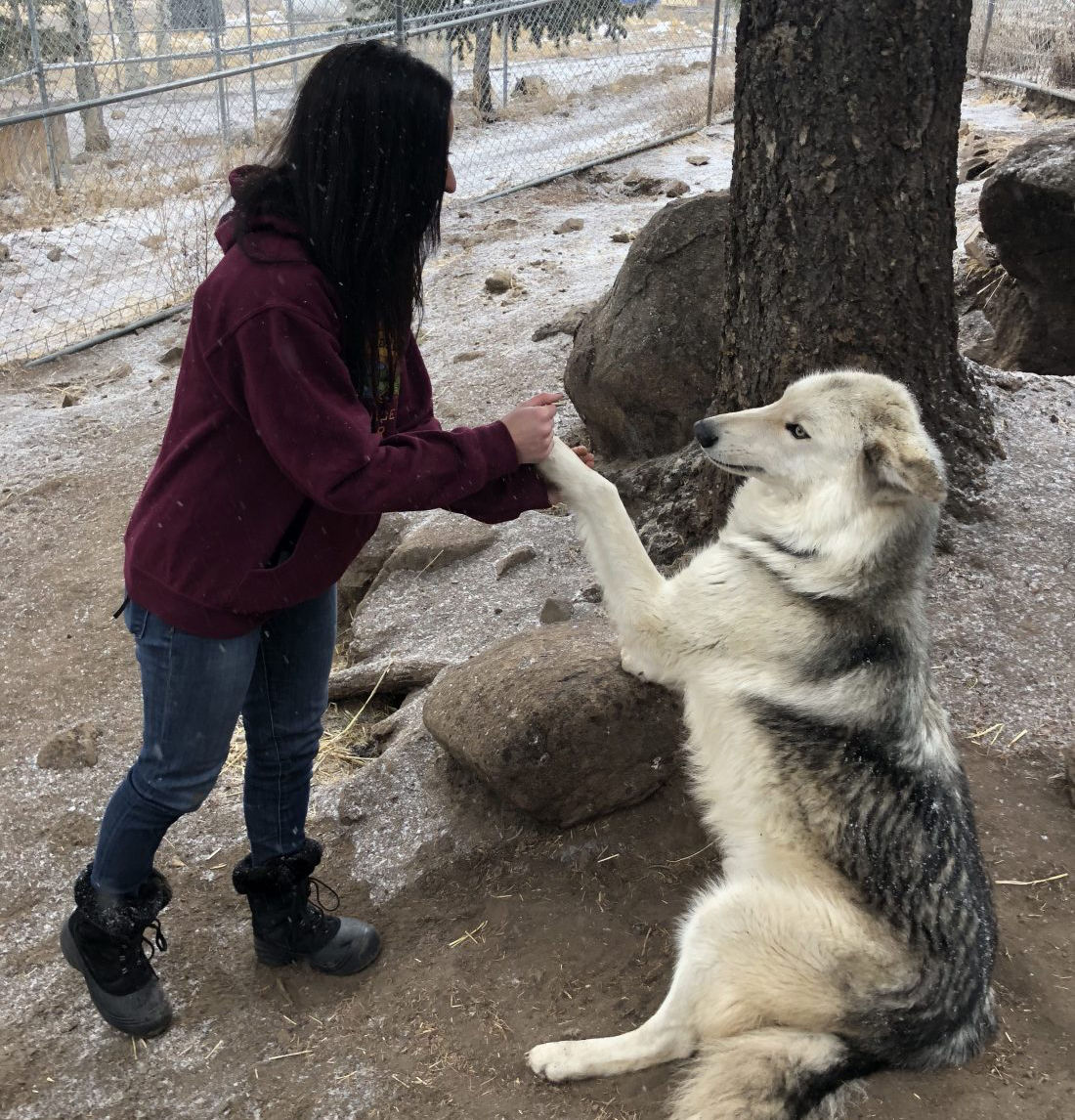 They'll do this by waving their hands at you until they get more attention. 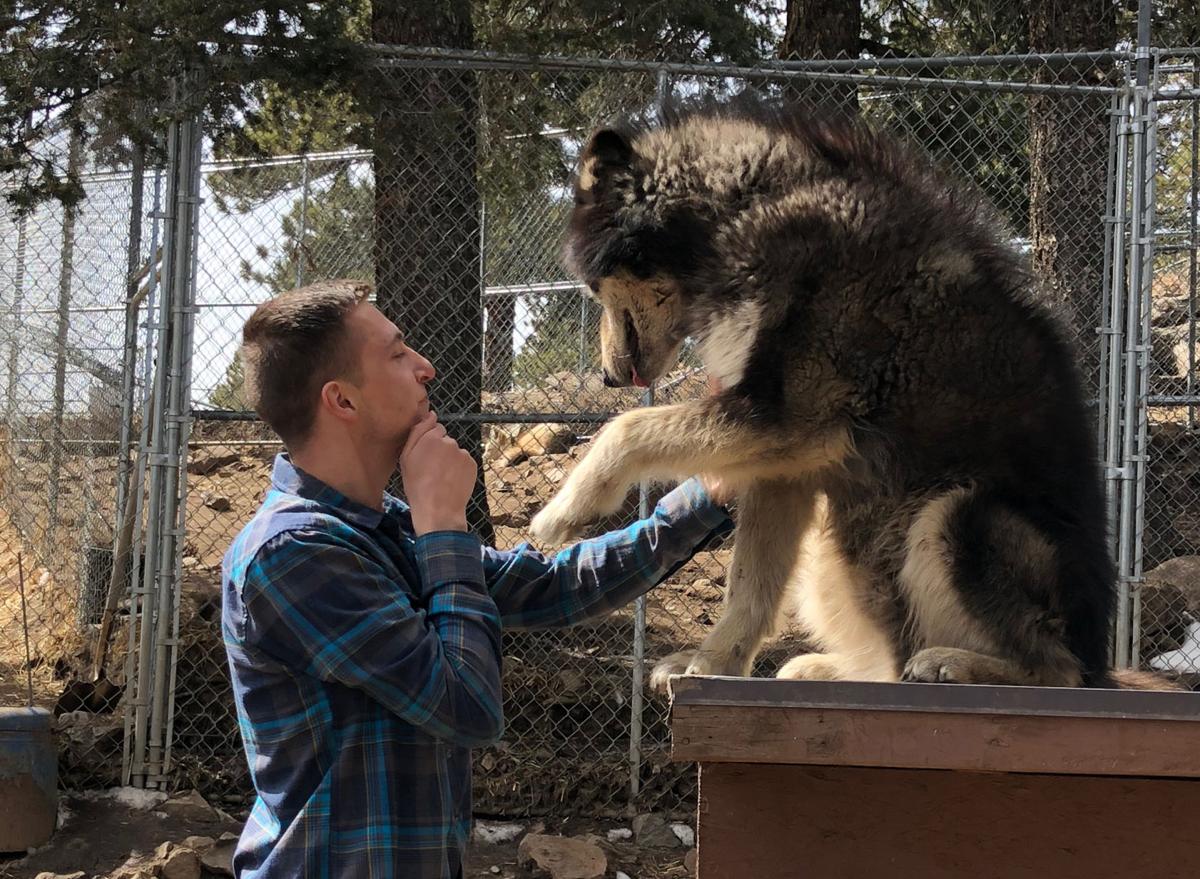 Or simply wont let you walk away until they are satisfied. 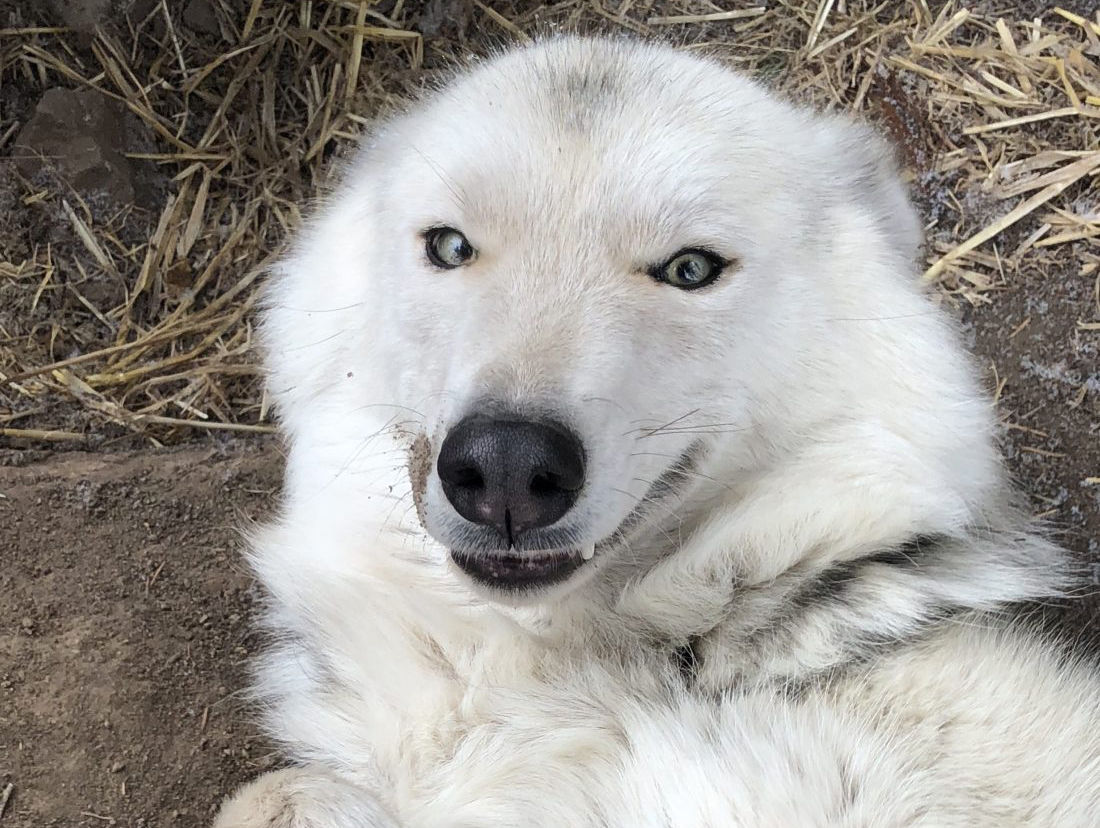 Once you give them what they want, they're all smiles. 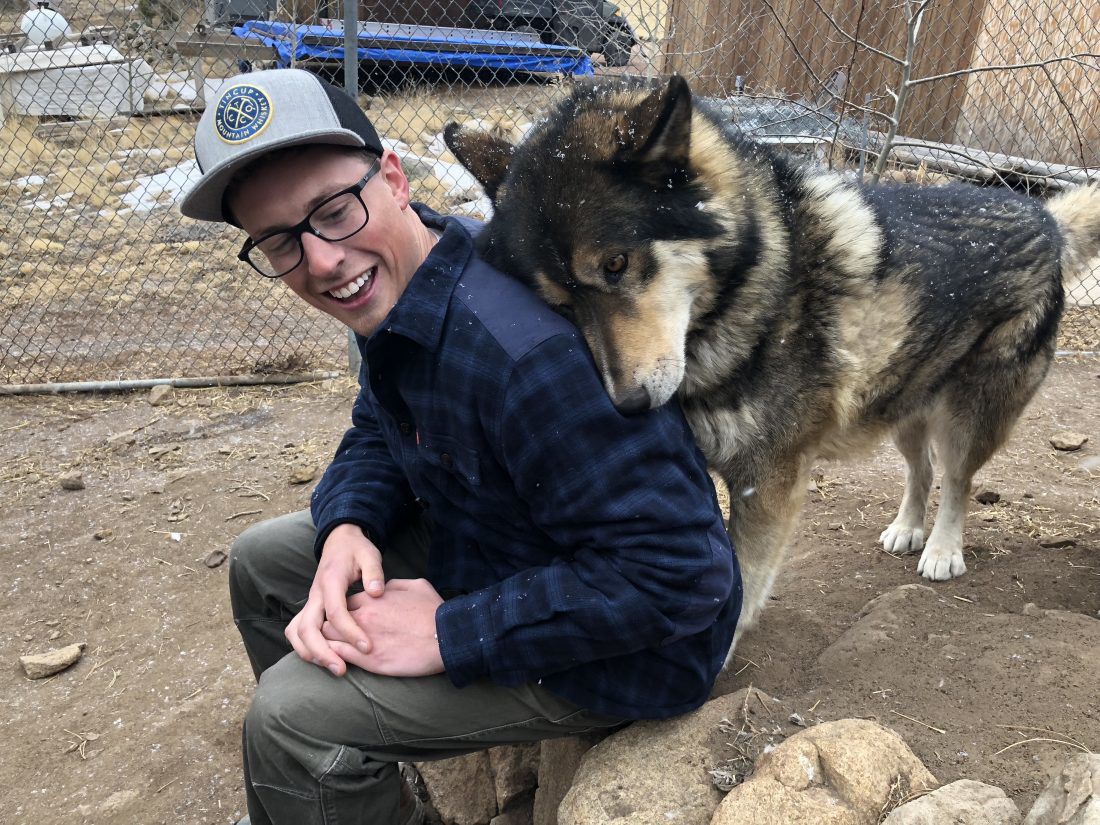 You'll leave the facility feeling like you're part of their family. 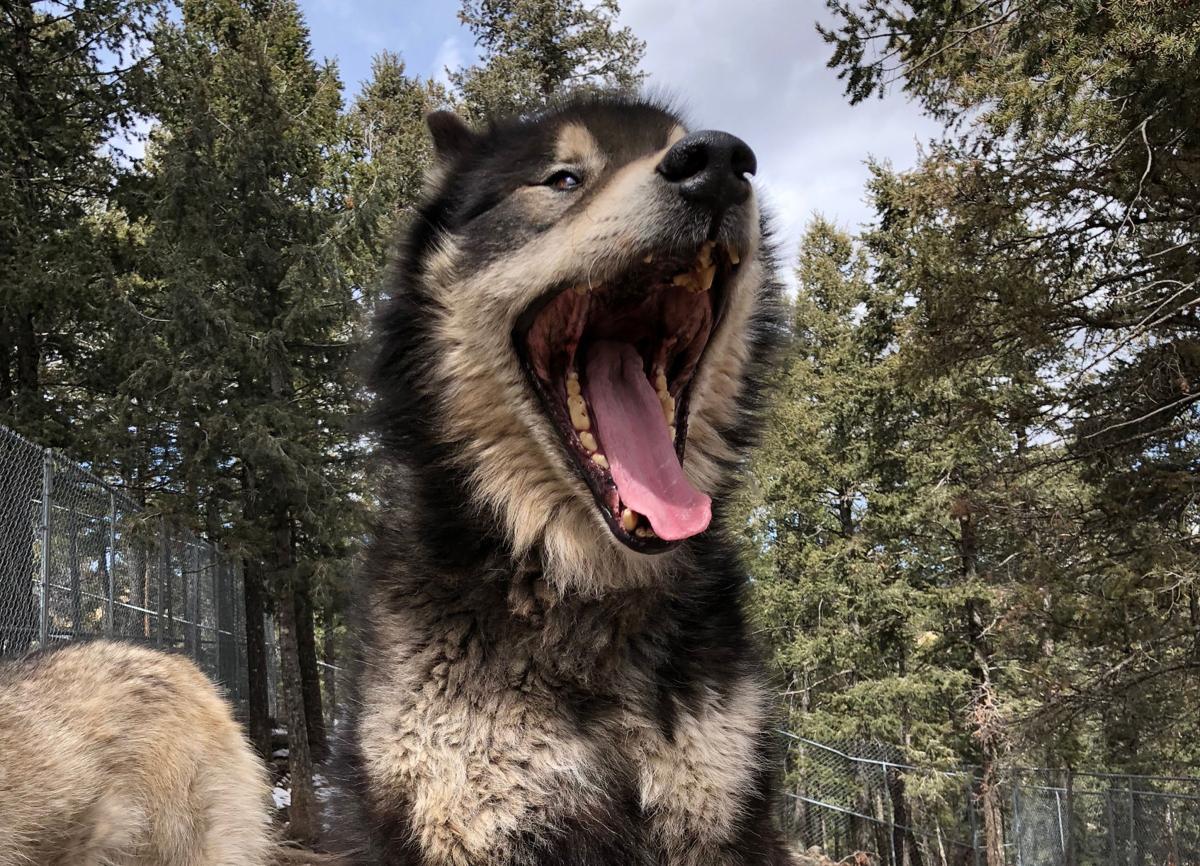 Given the number of animals here and the story this organization has to tell, expect the tour to take an hour or more. 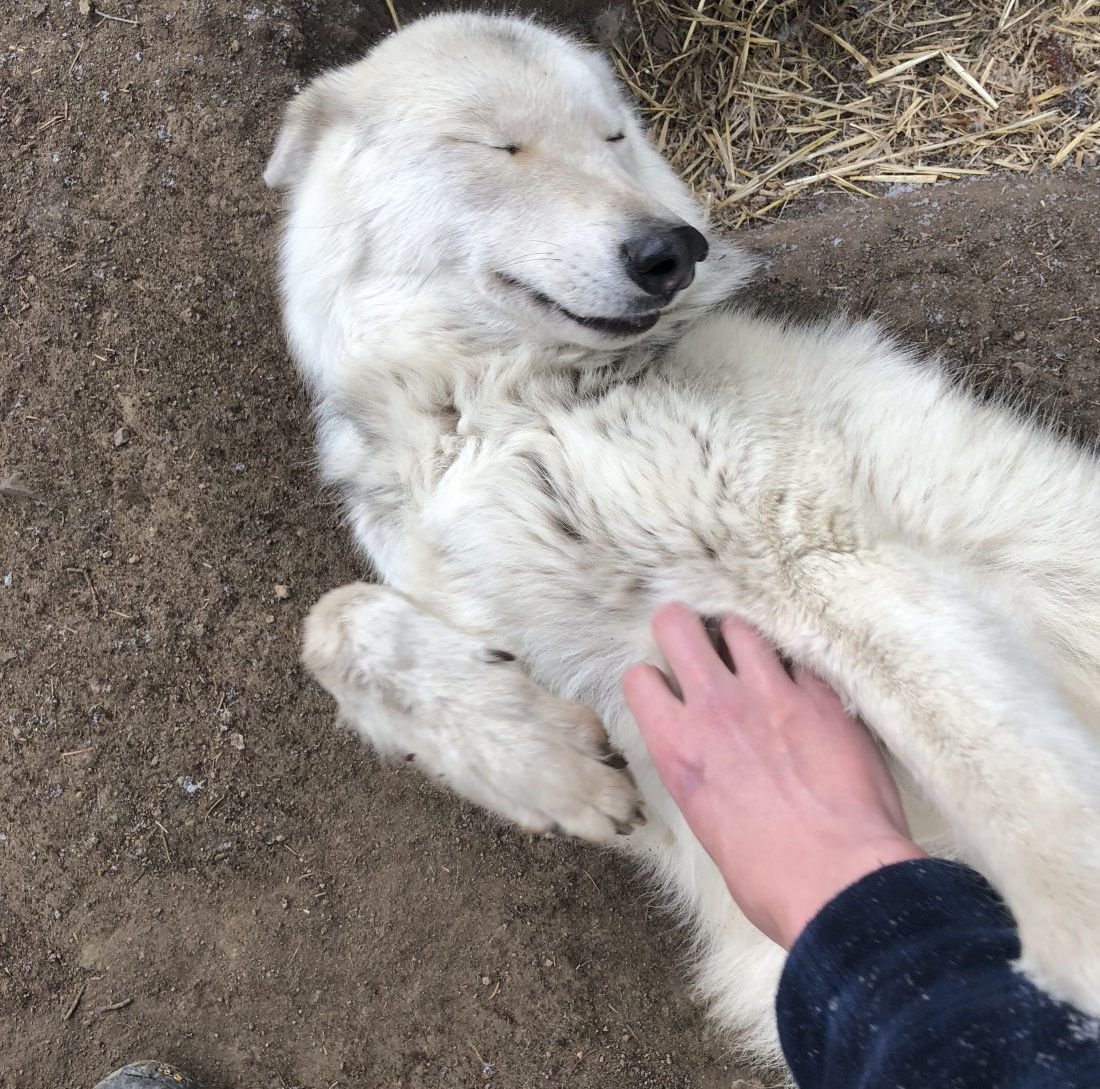 Each wolf has a different personality, so there are different rules you'll need to follow for each animal. 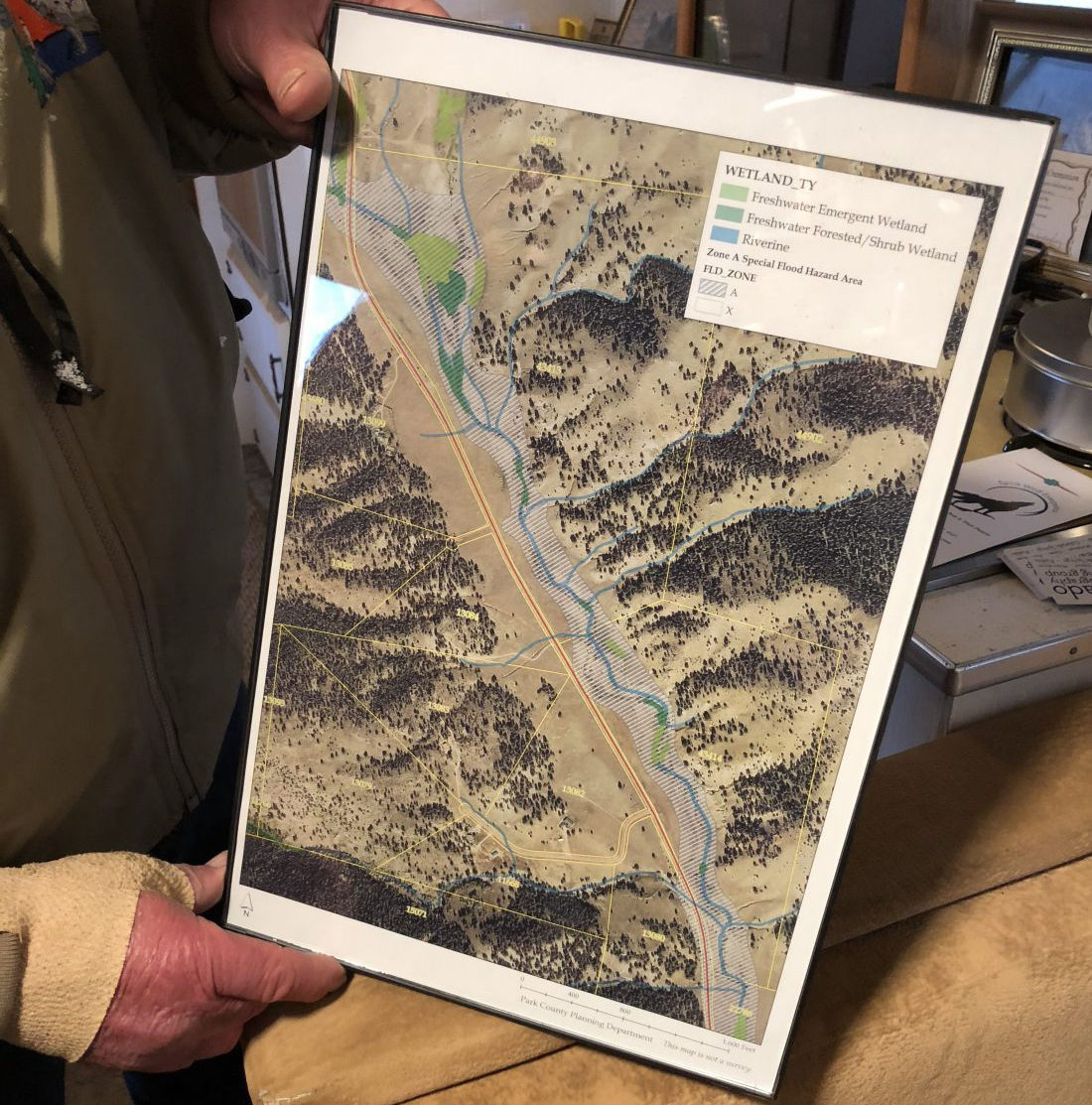 The foundation is currently in the process of trying to expand into a much larger space. As seen in this photo, the new space includes a creek. If you visit, please make a donation or purchase something from the gift shop. A little bit can go a long way. 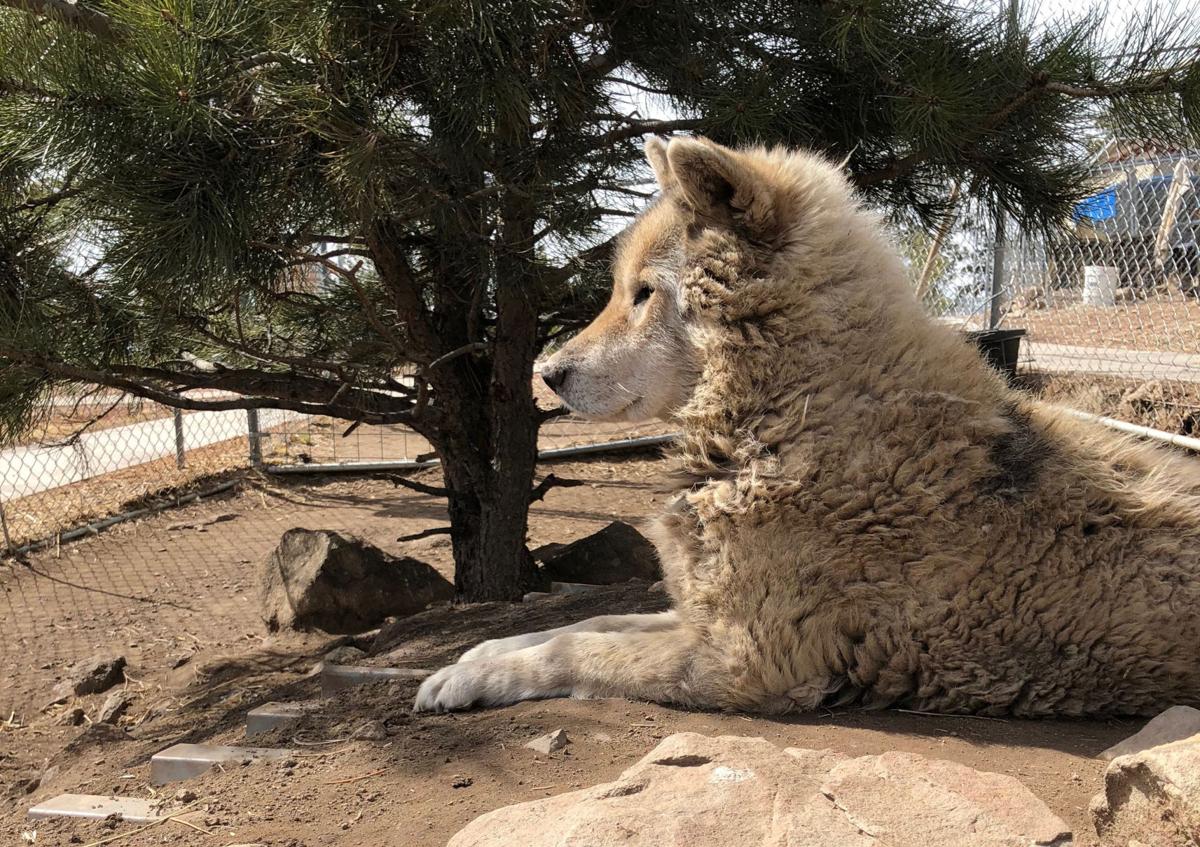 If you can't visit, still consider making a donation. You can do that here. 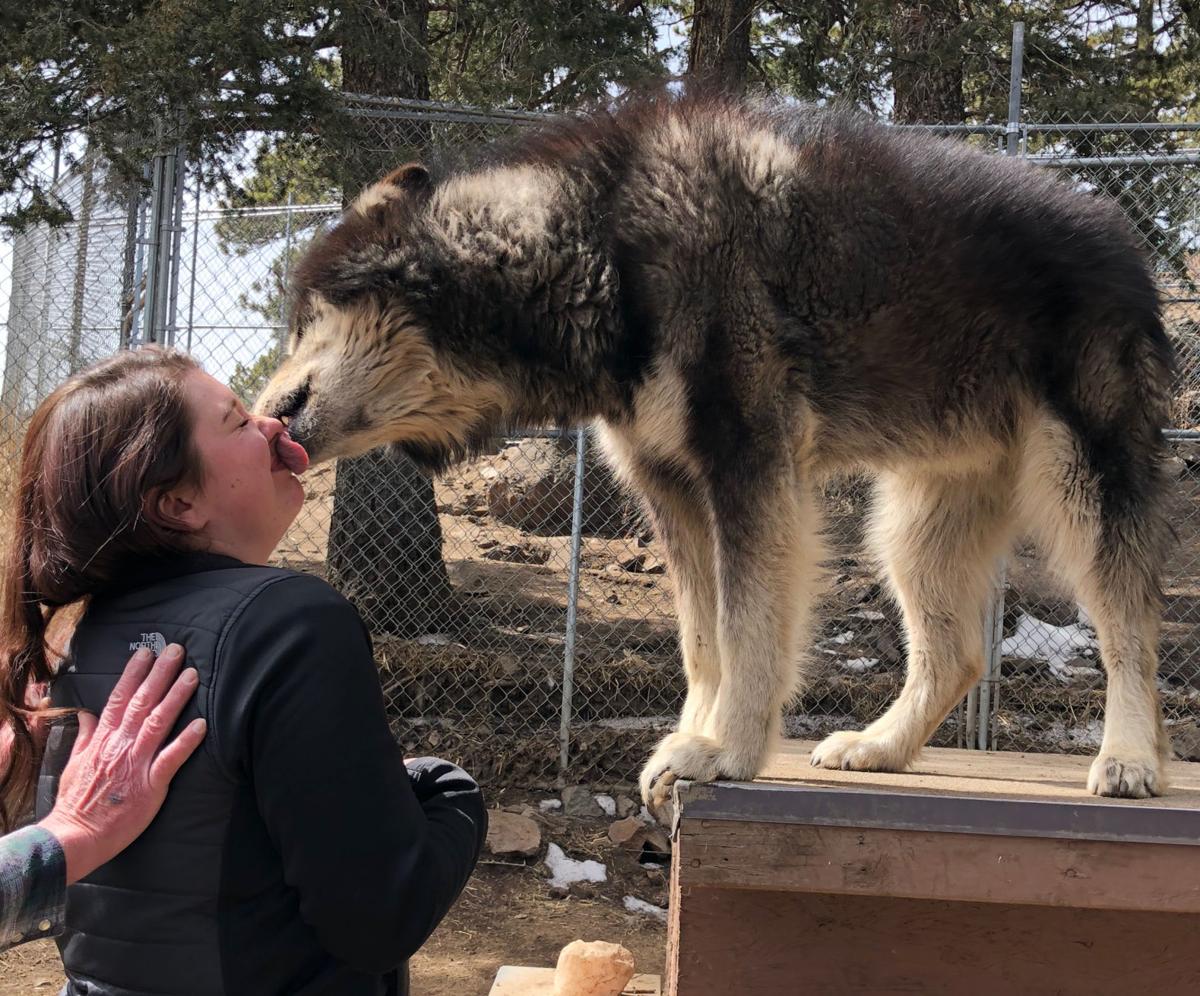 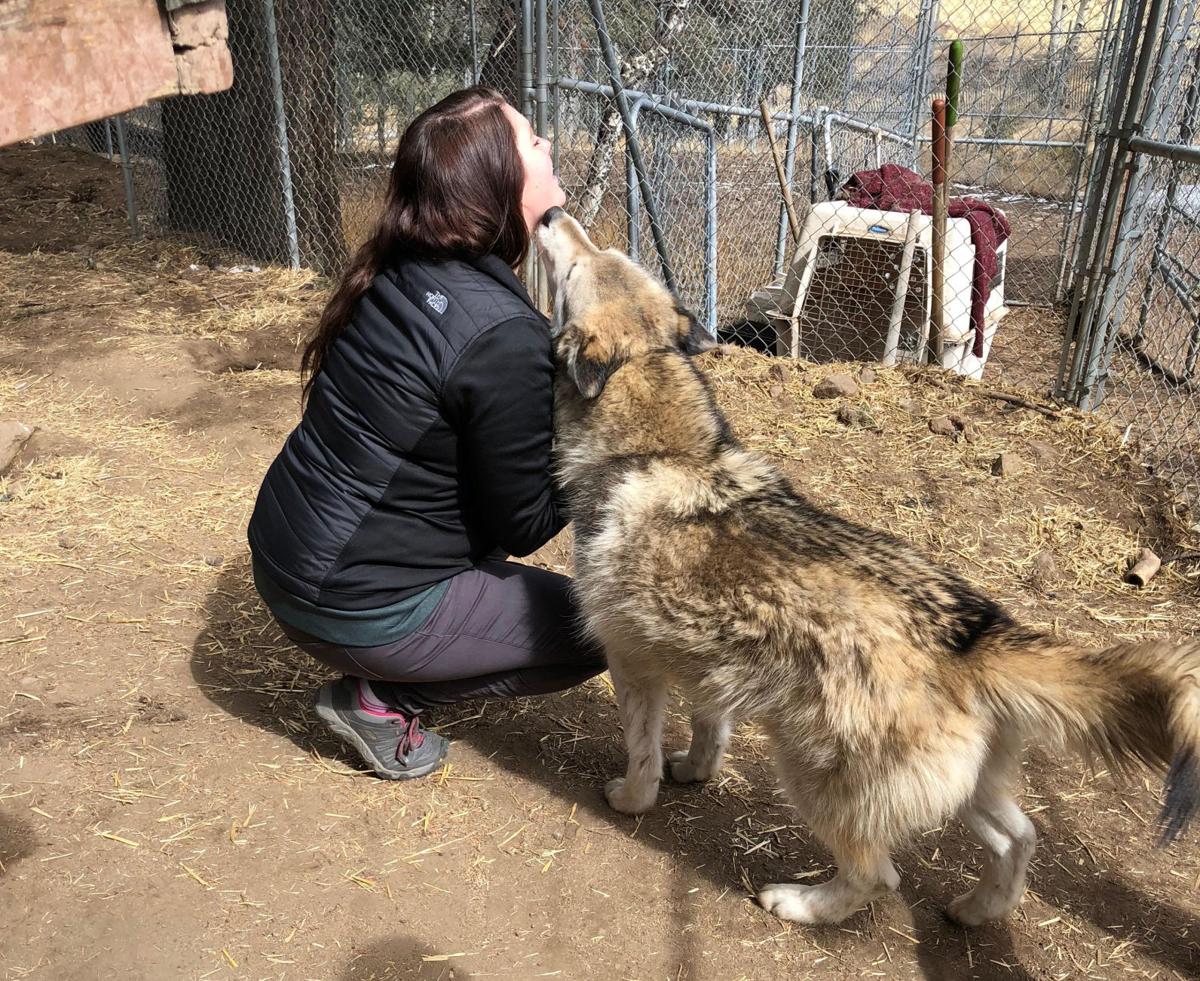 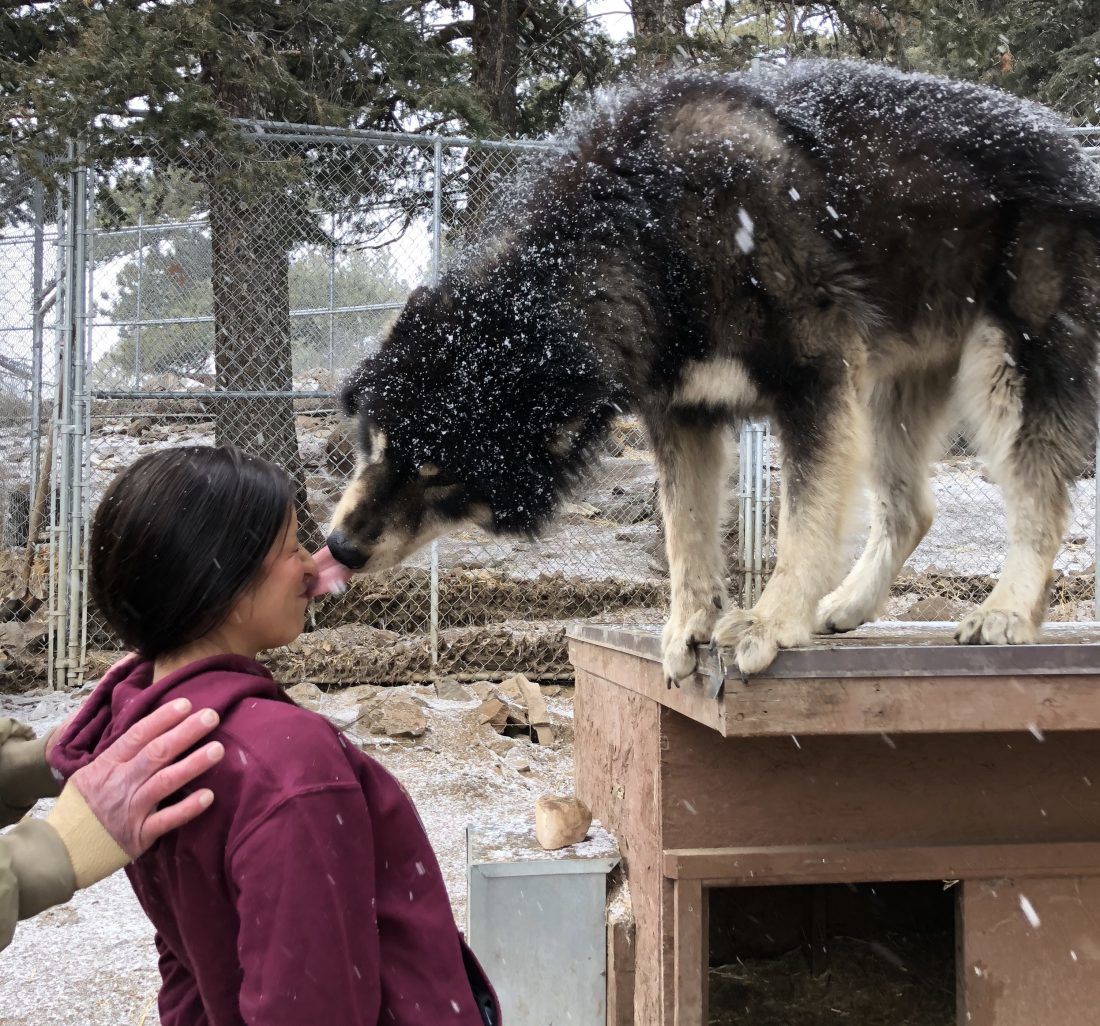 The foundation is not to be confused with a similar Divide-based organization, the Colorado Wolf and Wildlife Center.

Some of the Rocky Mountain Wildlife Foundation’s animals have been rehabilitated and returned to the wild, while others that couldn’t be released have become permanent residents. The organization is powered by donations and volunteers, the website says.

“We thank all of you who have visited or volunteered over the 23 years Mark has been working with wolves and have been so supportive of all the work he has done. You are in our hearts forever,” the Facebook post states

Mattersville is working with the foundation to disassemble the enclosures on the Guffey property and transfer them to the new site, he said.

Robertson said he started Mattersville late last year after losing his best friend, a veteran who suffered from PTSD, to suicide in 2013. He said he hopes Mattersville will one day have tiny house communities to shelter homeless veterans and help them get back on their feet.

The non-profit aims to open its first home for veterans on the Sedalia property early next year. The organization must still clean up and renovate the house on the land and surrounding acres, which were trashed by its previous residents, Robertson said.

The veterans who move into the home will help to care for Mattersville’s growing pack, he said. Those who suffer from PTSD will reap the psychological benefits of developing bonds with the wolves and wolf dogs, Robertson said.

“The animals are there for them. They do respond to their symptoms — or what other people call triggers,” he said. “It’s because they sense it. And wolves’ senses, in particular, are wildly heightened in comparison to what you consider your traditional canine or household canine.”

The Johnson’s cat, Kiki, will also be moved to the Sedalia location, according to the Facebook post.

Coloradans asking themselves: Is it time to bring back wolves?

In the months following the Trump administration’s decision to remove the gray wolf from the Endangered Species List, controversy surrounding…