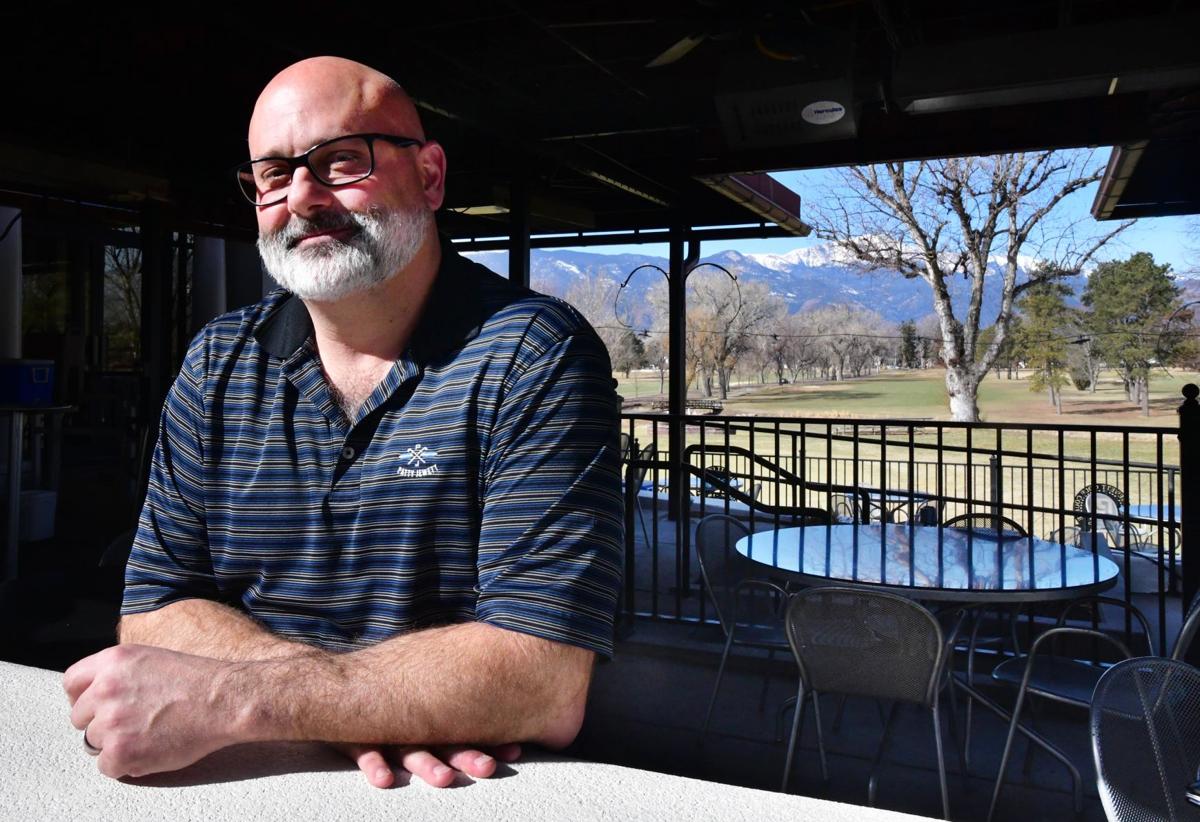 Greg Howard has been a longtime restauranteur in Colorado Springs, owning the former McCabe’s Irish Pub and now the owner of Patty Jewett Bar and Grill’s food service. 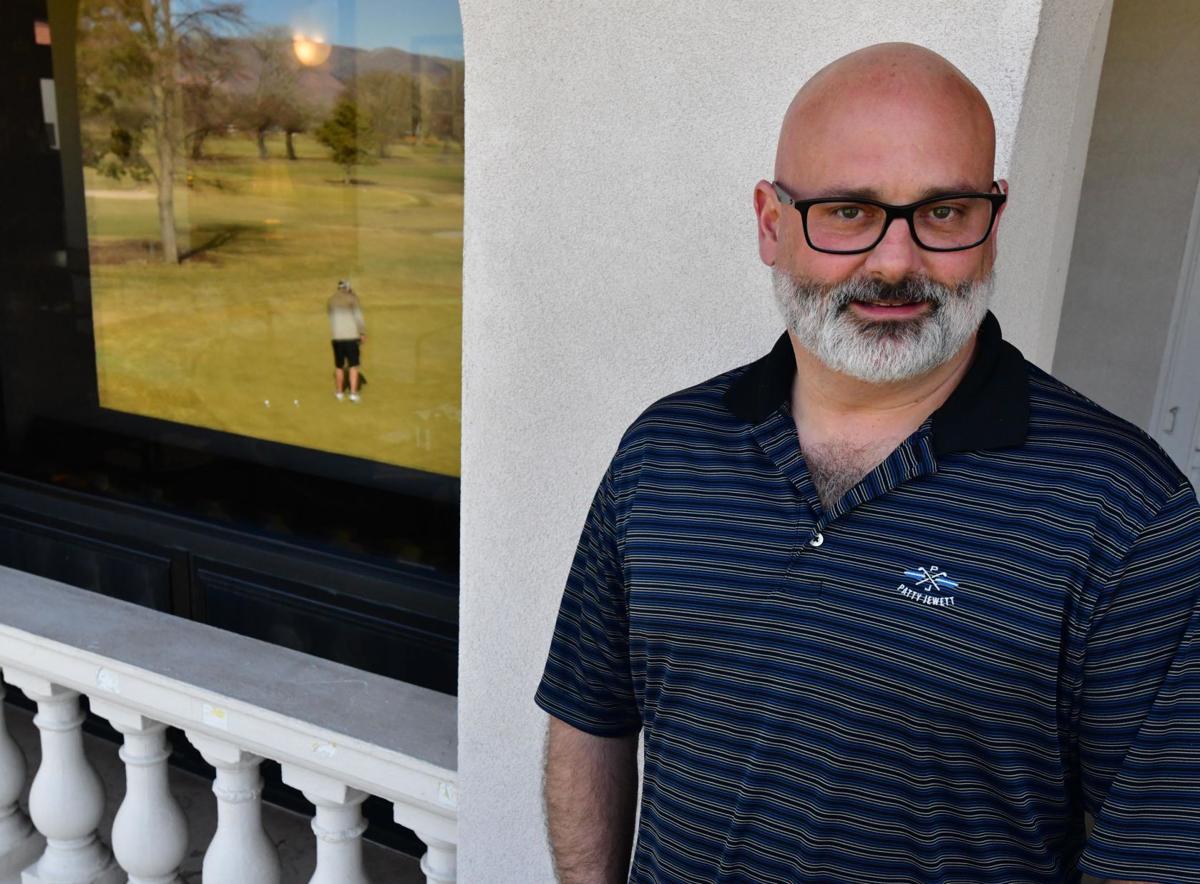 Greg Howard has been a longtime restauranteur in Colorado Springs, owning the former McCabe’s Irish Pub and now the owner of Patty Jewett Bar and Grill’s food service.

By restaurant standards, Greg Howard could be considered a choirboy in the industry. There’s not much drama in his story. No drugs, stopped smoking 10 years ago, no divorces, drinks responsibly ... he had a humble beginning. Shoot, the guy only has one tattoo.

So how has he succeeded in the stressful restaurant business without stumbling into its many pitfalls?

“This is a crazy business,” admits the owner of the former McCabe’s Tavern and current partner of the food service contract for Patty Jewett Bar and Grill. He is also a major partner of Slingers Smokehouse. “I started in the business when I was 15 sweeping floors in a bar. I rode my bike to work and did that for a few years while I finished high school.”

He got hooked on the vibe of the bar.

“I liked the energy and people of the business,” he said. “I went to Johnson and Wales in Providence (R.I.) and majored in marketing.”

While in college, he got a job cooking at a 250-seat sports bar.

“I realized I wanted to work in the restaurant industry,” he said. “I started picking up electives in food service while studying marketing.”

That was the beginning of a more than 30-year career in restaurant management and ownership.

Howard grew up in Brewster, N.Y., in a middle-class family, the middle child of three children. His parents loved to go to a New Jersey bar called Gregory’s Bar and Grill.

“That’s how I got my first name,” Howard said. “Mom is Irish, with the last name of McCabe, which some years later would become the name for my Irish pub.”

His dad started an industrial design company, and his mom stayed home and raised the kids until she went back to work in the school system. Howard counts himself lucky.

“I didn’t realize what a blessing that was for her to be at home with us,” he said. “My friends joke that I was raised in a Beaver Cleaver family.”

Striking out on his own

In 1993, during spring break from Johnson and Wales, he and a friend decided to check out skiing in Colorado.

“We landed at Stapleton Airport in Denver and headed to Summit County to ski at Keystone Resort,” he said. “I loved it and looked around for job opportunities so I could come back to Colorado after finishing college.”

He snagged a job at Alpen Glow restaurant at Keystone Resort right after graduating in 1993.

“Colorado didn’t have much of a food scene,” he said. “But being at Keystone Resort allowed me to work with a lot of different people and service styles. I was there three years.”

He jumped at an opportunity to open a Mexican food restaurant in Colorado Springs, called Bandito’s Mexican Cantina. But it was sold in 1998, just two years after opening. Howard went back to Keystone and became front-of-the-house manager for Out of Bounds, a casual-style family eatery with a nightclub downstairs. But after a year, he left Keystone and headed back to the Springs. He was in his mid-20s.

“I made a really good connection and got a job at Phantom Canyon,” he said, “first as a waiter and gradually I moved up to a management position and then general manager.”

“Phantom has been a stepping stone for so many people to get started in the restaurant business and go on to open their own places,” Howard said. “Tony opened his own place, Tony’s Bar and Grill, and later opened The Famous. Ketil is an amazing chef and has won all kinds of culinary awards.”

Howard was general manager at Phantom until he opened his popular Irish pub, McCabe’s, in 2006.

“I took that space because the city was going to build a Sky Sox stadium downtown near that area,” he said. “I had always wanted an Irish pub. Having grown up in New York with one on every corner, I thought it was time for Colorado Springs to have the presence of another Irish pub here.”

In 2016, the owner of the buildings along the strip of South Tejon Street where the pub was located was revitalizing the area and looking for a different mix of eateries, according to Howard. McCabe’s was closed, and Howard went to work at the Garden of the Gods Club as food and beverage director.

After two years there, Howard learned that Leahy, who was running the food service contract at Patty Jewett Bar and Grill, was ready to retire. Howard’s food service company, How 2 Hospitality Co., got the contract in 2019.

Howard has been married to his wife, Ari, for almost nine years, many of them spent working together at McCabe’s. When it closed, she opened her own restaurant, Streetcar520, turning the Irish pub into an upscale, urban eatery.

“It was good timing for Ari and I to have separate responsibilities in different places,” he said. “We both work hard and have long hours, but we make time for date nights and time together.”

His longtime friends have nothing but the highest regards for Howard, who is a leader in the restaurant industry and active in the Pikes Peak Chapter of the Colorado Restaurant Association.

“Working with him over the years, I’ve found him to be very professional and knowledgeable,” said Franco Pisani, a past president of the association’s Pikes Peak chapter and a longtime friend of Howard. What he likes most about him is “his demeanor, the way he treats people. He is a mover and shaker, a teacher, mentor and a valued friend.”

Pisani especially likes his qualities as a leader.

“He de-escalates a situation in a calm manner and has the ability to talk through and resolve issues,” he said. “People get behind him because he will work as hard as you. He rolls up his sleeves and works with you.”

“Greg’s diligence to do what it takes at any moment speaks volumes to me,” Taylor said. “He will never stray to put mentally and physically everything he has into a project he has committed to. Greg will show up in the darkest hour and bring a beacon of light and motivation to the forefront.”

Q: Six words to describe you:

Q: Proudest moment as a chef:

A: Leading the team at McCabe’s

Q: One food you detest:

Q: One food you can't live without:

A: Take time for your health

Q: You're making an omelette. What's in it?

Q: Favorite restaurant other than your own:

Happy Belly Tacos can now be found from one end of the city to the other.