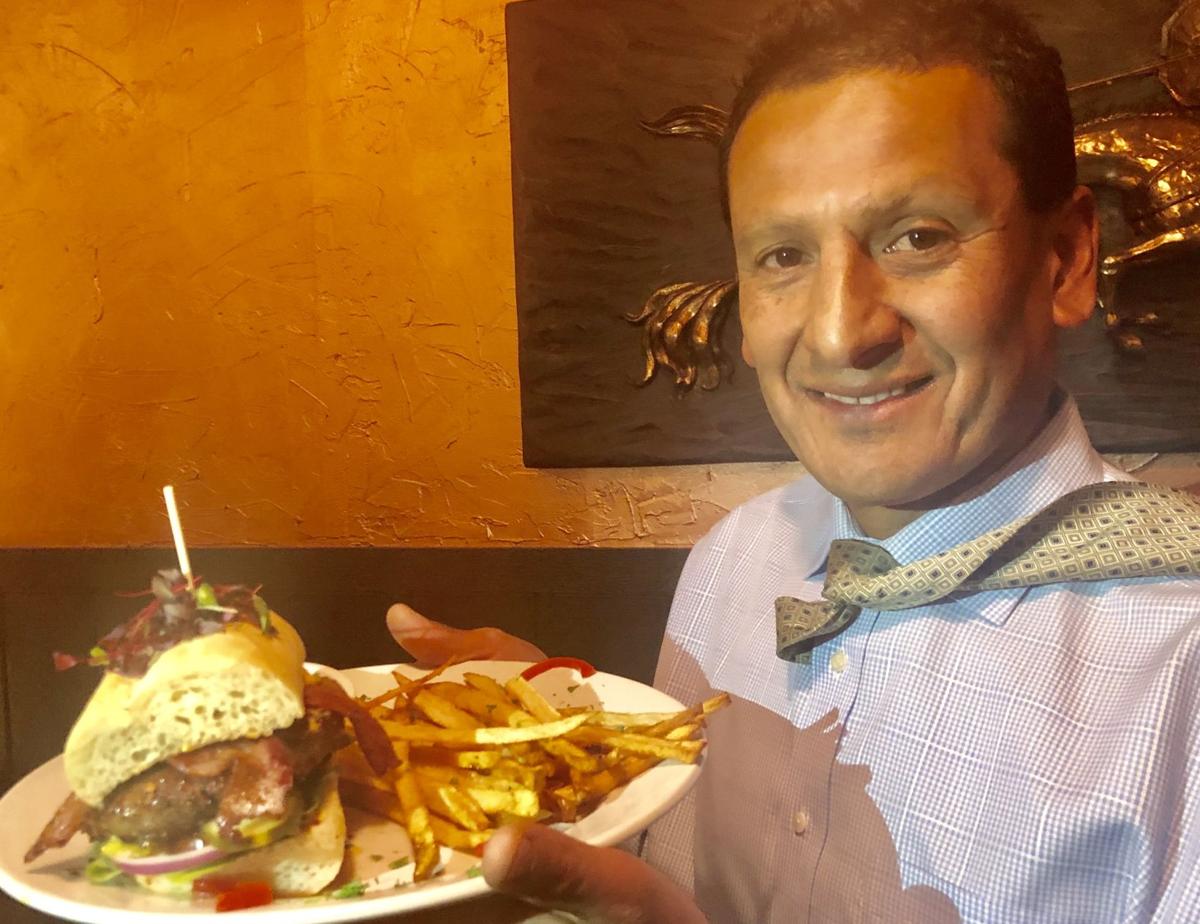 Carlos Echeandia, owner of Carlos' Bistro, has introduced a burger made with Japanese Kobe short rib meat, Japanese Wagyu beef and Prime Black Angus beef that he sells for $90. 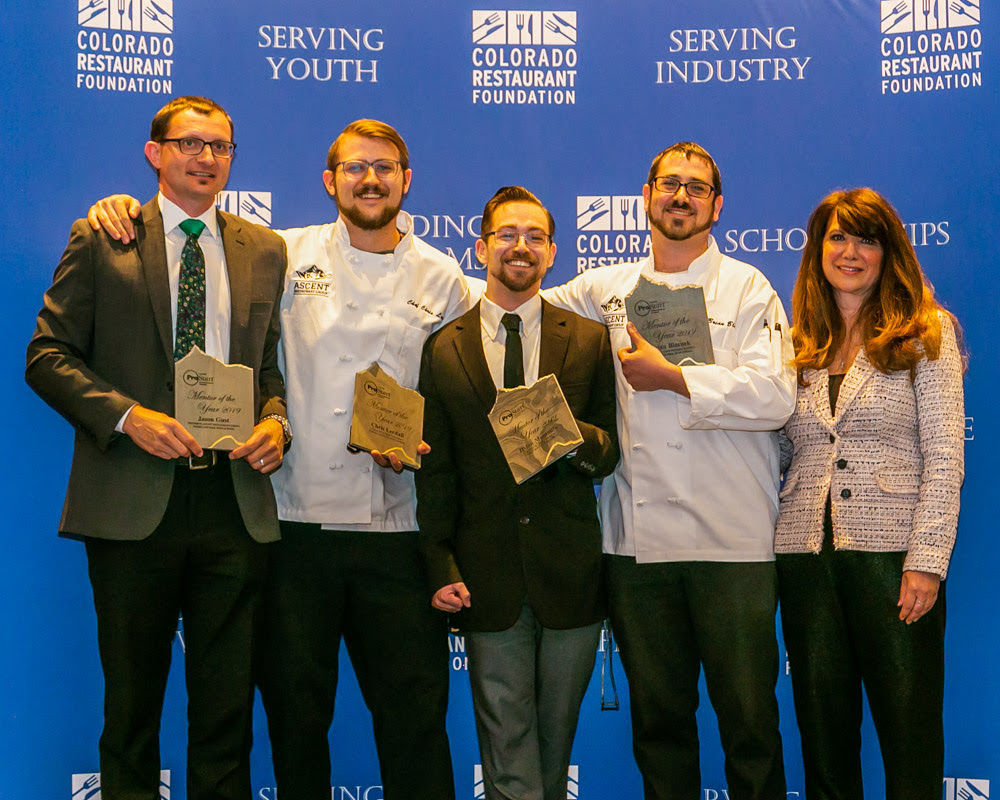 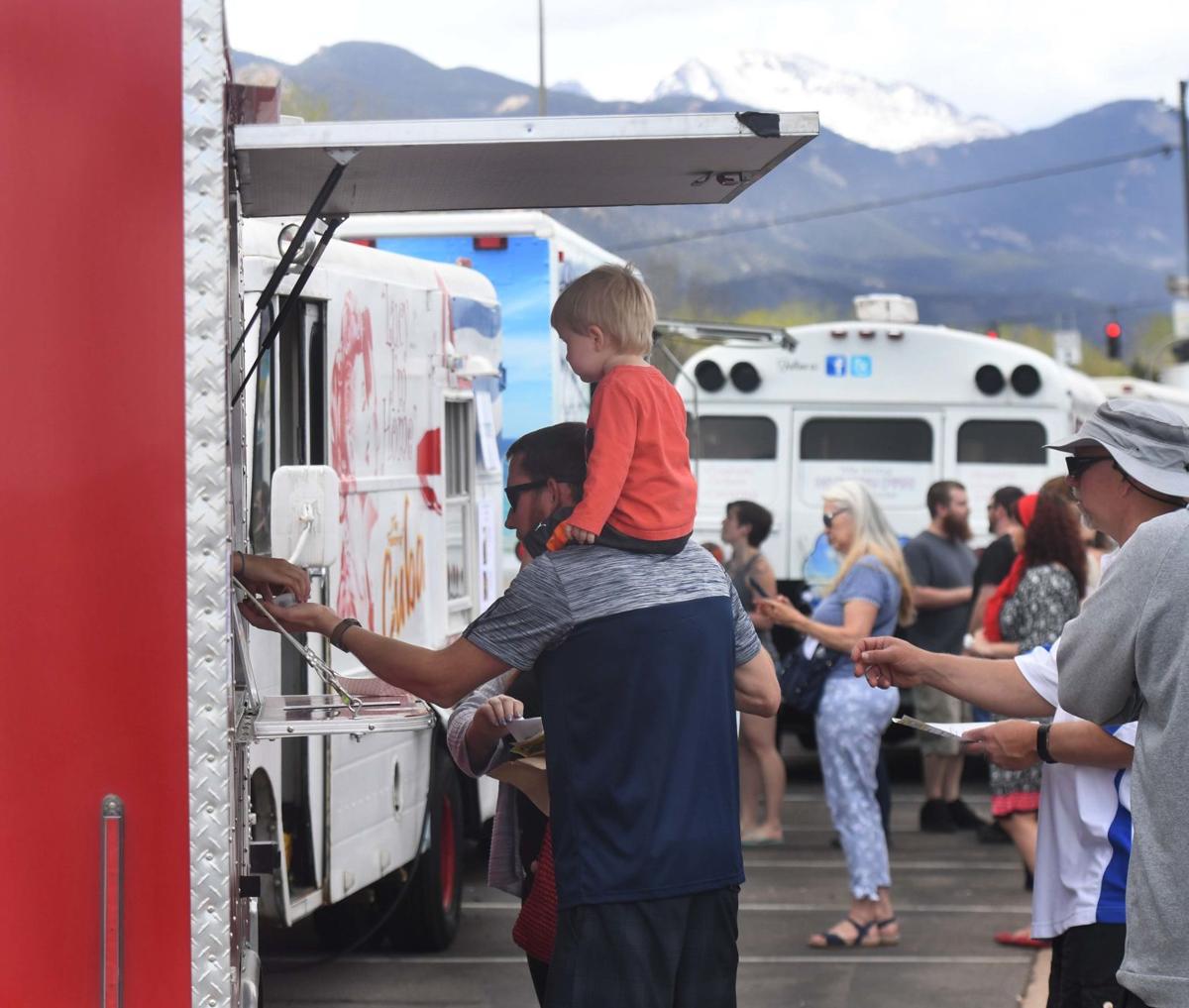 Daniel Tinger and his son, Lucas Tinger, get food at the 4th Annual Food Truck competition at the Broadmoor World Arena. The people's choice winner was Chew-Chew Gastrotruck and the judge's choice was Filipino Food Truck. (Photo by Jerilee Bennett, The Gazette)

Carlos' Bistro is sourcing the beef from Lombardi Brothers Meats in Denver.

“It took longer than we had planned for the meat to pass the inspection process,” he said. “Because the meat is from three different cows, each batch of meat had to pass inspection.”

Once Echeandia got his hands on the 8-ounce patties, he worked his magic preparing a truly delicious hamburger. He asked La Baguette in Old Colorado City to make a French baguette that was not cooked as long as the bakery's traditional loaves. The result is a baguette that's softer. The bread is arrayed with Thousand Island dressing and ketchup. The patty, cooked to a customer's desired degree of doneness, is topped with slices of red onion and tomato, two pieces of thick, crisp bacon and micro greens. French fries complete the plate.

Not ready to drop almost 100 bucks on a burger? Echeandia offers the meaty creation for $45 on Thursdays. (The burger is not on his Early Bird dinner menu.) Details: 471-2905, carlosbistrocos.com.

Jason Gust, president and chef with Ascent Restaurant Group, and his culinary team were honored by the Colorado Restaurant Foundation as Colorado ProStart Mentors of the Year.

“I was totally floored when I got the call telling us we would be given the award at a gala in Denver on May 2,” he said.

“We like that we can give youth a place in a real professional kitchen to see if they like the work,” he said. “And an opportunity to compete and be inspired by the culinary field.”

• Winners of the Food Truck Cook-Off held during Pikes Peak Region Small Business Week were Black Forest Chew-Chew for the People’s Choice and Filipino Food Truck for the judge’s choice.

Dine on the train

The Royal Gorge Route Railroad Wine Dinner Train is 6:30 to 9:30 p.m. Saturday. Tickets start at $199 for a five-course Colorado menu paired with wines from The Winery at Holy Cross Abbey. Reservations at royalgorgeroute.com.

Nothing says “comfort food” like biscuits fresh from the oven.