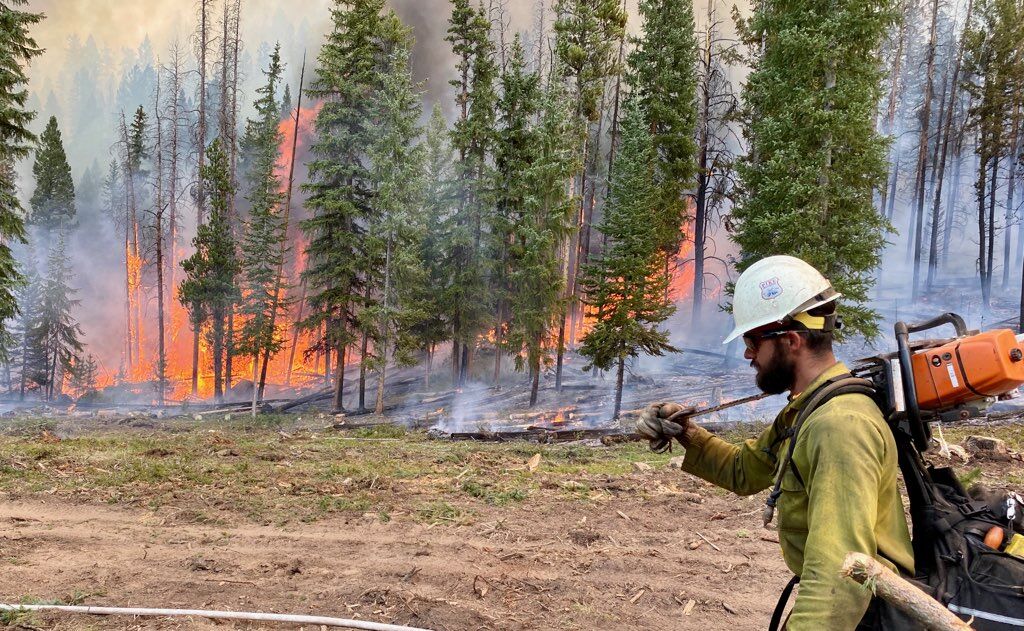 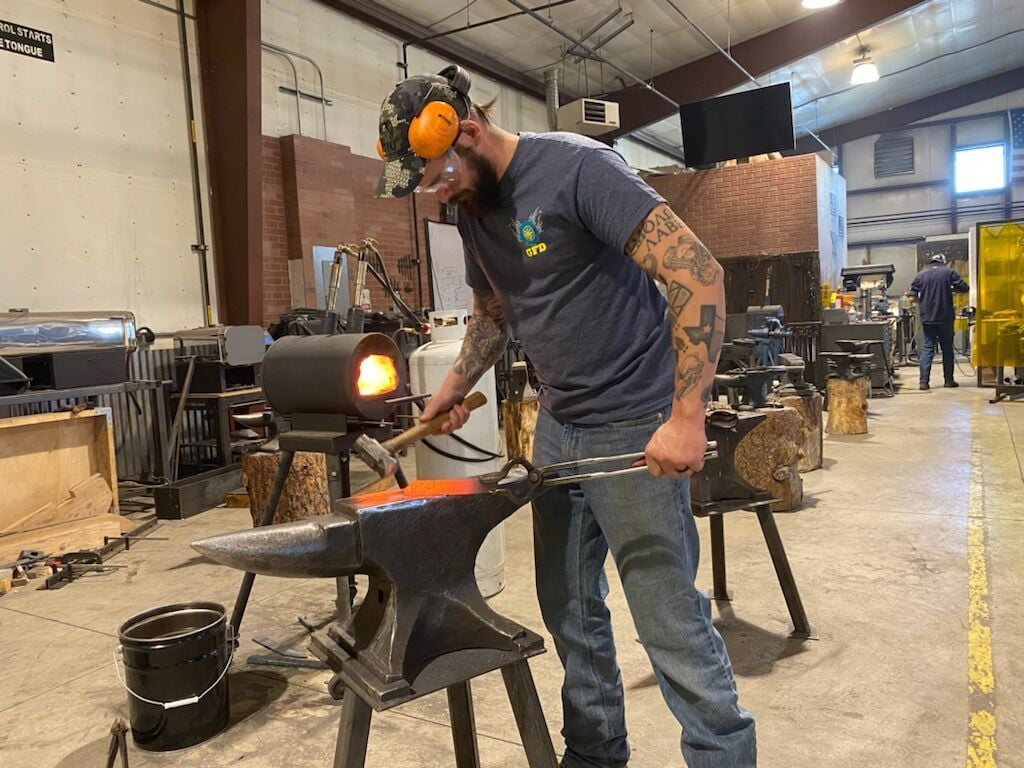 Pike Hotshots wildland firefighter Sol Griffith works at Kilroy's Workshop. He and Ron Hardman, owner of Kilroy's, each created a knife out of old firefighting materials, including chainsaw chains, and donated them to the Eric Marsh Foundation to be auctioned. Courtesy Sol Griffith 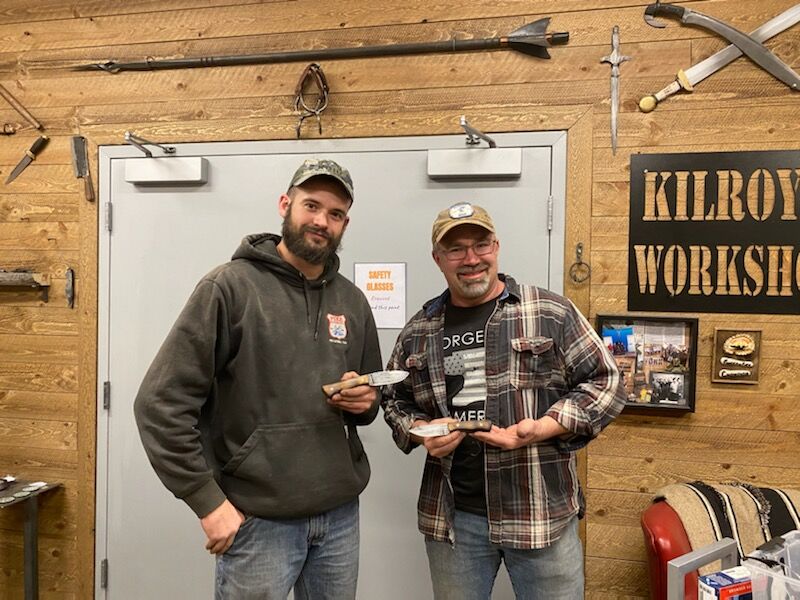 Pike Hotshots wildland firefighter Sol Griffith works at Kilroy's Workshop. He and Ron Hardman, owner of Kilroy's, each created a knife out of old firefighting materials, including chainsaw chains, and donated them to the Eric Marsh Foundation to be auctioned. Courtesy Sol Griffith

“With 2020 being such a historic wildfire year, with over nine and a half million acres burned, there are always injuries,” says Griffith, a Colorado Springs resident. “And unfortunately, we have deaths in fires, and the real question is how do you help or give back?”

The Forged from Wildfire Project was born, along with a documentary about the process. It can be found on YouTube by searching the project’s name.

Griffith approached Ron Hardman, owner of Kilroy’s Workshop, a blacksmithing school and metals makerspace, about creating knives out of worn-out chainsaw chains and a broken Pulaski handle, a special tool used to fight wildfires. When Hardman, who, in 2019, competed and won on the History channel’s popular reality TV show “Forged in Fire,” heard Griffith’s plan, he was happy to help.

“We need community,” says Hardman. “That’s what we are with the shop. It’s the point of the place. We make metal in the shop, but we’re about people. Sol’s mission fit ours.”

Each man built a knife, and in a serendipitous twist, as they wrapped up the project and filming, Nic Meyer, a Kilroy’s Workshop regular and “Forged in Fire” finalist, happened into the shop, heard about the project and offered to donate a tomahawk he’d recently created to the foundation for auction.

Amanda Marsh started the foundation in 2014 after losing her husband, Eric, a Granite Mountain Hotshot superintendent, and 18 of his crew members in the 2013 Yarnell Hill fire in Arizona.

A boy and his anvil: Peyton boy is nation's youngest certified blacksmith

Griffith’s hand-crafted knives are a first of its kind for the foundation, says Amanda. People will be able to go online to ericmarshfoundation.org and place a bid. Money raised will go toward firefighters and their families.

“What he does is not your average thing,” she says. “He created a knife for us. Who does something like that? It’s an extraordinary thing. It’s a very generous gift from his talent and his passion and creativity that feels different and more soulful.”