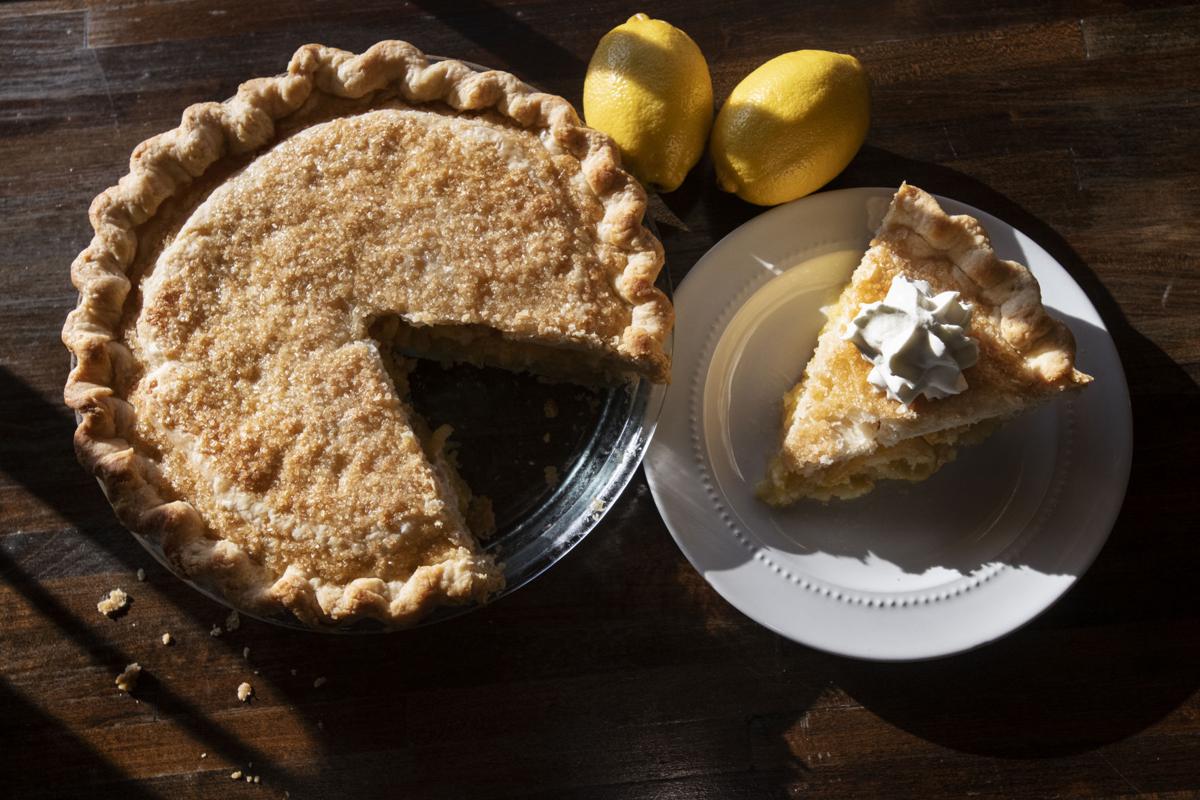 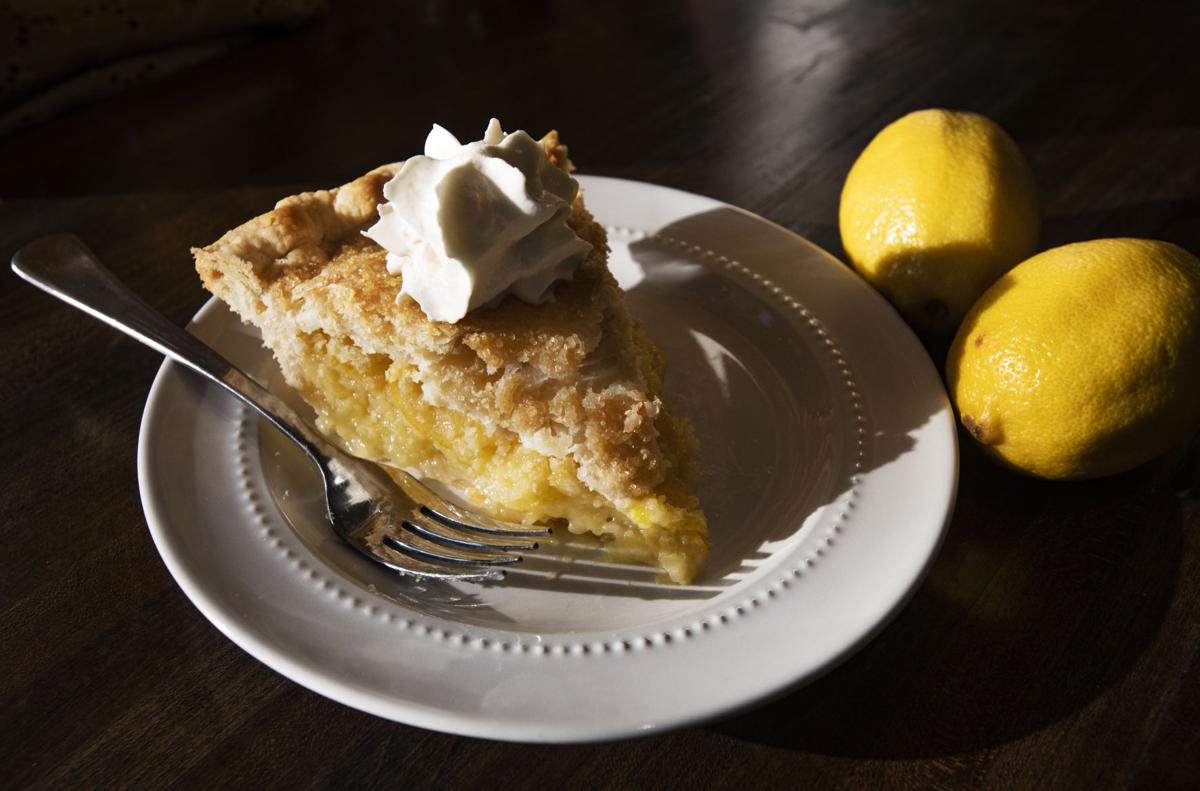 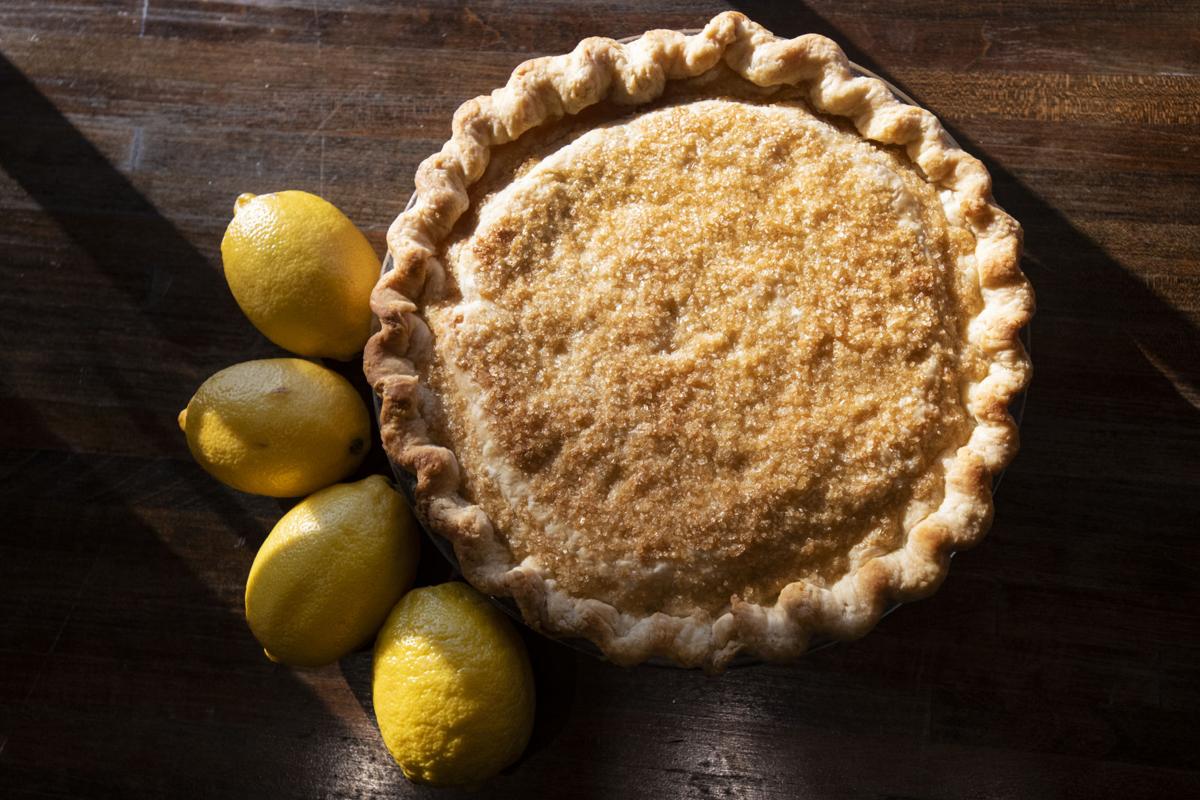 If you’re suffering from pumpkin pie spice overload, we bring you a refreshing break with Thanksgiving in the rear-view mirror and winter citrus fruits in season. Shaker lemon pie.

Never heard of it? Neither had I. But you might know it, as I did, as chess pie.

Chess pies are a Southern specialty, with a simple filling of eggs, sugar, butter and a little flour. The version made in Texas, where I’m from, was a tangy lemony tart with thin caramelized lemon wheels placed along the back of each pie wedge. I first had it at a school cafeteria at Texas Tech, and I’ve sorely missed the pie I once knew. For years, I was on the hunt for a “lemon chess pie.”

Not until I took a pie class with Heather Briggs, owner of Gold Star Pies, was I inspired to renew my search. Briggs starts every class with the icebreaker question, “What is everyone’s favorite pie?”

As we went around the circle, one student responded: “Lemon chess pie at a little roadside cafe just outside of Santa Fe.” He waxed poetic about the contrast of tangy and sweet. He couldn’t remember the name of the cafe, only that he would stop there on every visit to the area. I had to find this place.

I located several possibilities online and plotted visits to each. My first stop was Café Fina Santa Fe, a refurbished Fina gas station on the Old Las Vegas Highway. I was pretty sure I had hit pay dirt when I saw the unassuming-looking pie with its golden brown glossy crust and bright lemon center, though it didn’t have the caramelized lemon wheels on top. My first bite sealed the deal. This was it, without the decorative topping. But the baker called it Shaker lemon pie.

Turns out the Texas version of chess pie is actually a Shaker lemon pie.

This old-fashioned pie is made with thinly sliced whole lemons, peels and all. The recipe came from Shaker communities where the South meets New England and the Midwest. According to the “History of Pie” section at the website What’s Cooking America, Shaker bakers recognized the health benefits of lemons. And because they were frugal and lemons were expensive, the bakers dreamed up a way to use the entire fruit. It’s an easy pie to make, as most recipes only require four ingredients. But you need to macerate the lemons in sugar overnight to allow the lemon slices to release their juice.

Once I tasted the Santa Fe cafe’s Shaker lemon pie, I ended my search. I bought a whole pie to help with the experiments I planned, and at home I hunted online for more information and recipes.

I also took a slice of the pie to Briggs, who had not heard of it. She came up with a recipe we both love. She adapted it from a recipe by Deb Perelman, author of the Smitten Kitchen blog, that was reprinted in Saveur magazine.

Here are some of her tips for making the pie:

• The traditional recipe for Shaker lemon pie is just sugar, lemons, salt and eggs, but Briggs added a little butter and flour to make the filling more of a lemon curd consistency.

• Using Meyer lemons is essential because they have a thinner peel. Their season is relatively short, from November to March, but they’re available now, and you can find them at Whole Foods Market.

• The lemons need to be sliced paper-thin to help them macerate and so you don’t end up with a pithy pie. They slice more easily if chilled. A mandolin makes a mushy mess of the lemon, so use a super-sharp knife instead. Taking time for precision is key.

• Let the lemons steep in the sugar at room temperature for 24 hours. This is longer than most recipes suggest, but Briggs said she’s not a fan of eating lemon peels, so she wanted to get them as soft as possible before baking the pie. “I think it contributed to a nicer texture in the final product,” she said.

• To make the prep even easier, use store-bought refrigerated pie crust.

So if you’re a fan of tangy-tart-sweet treats like candied citrus rind, this pie’s for you. Try it warm right out of the oven with a scoop of vanilla bean ice cream or a puff of whipping cream.

Now that’s how we say goodbye to the season of pumpkin pie spices.

Pastry for one double-crust pie

Thoroughly wash lemons, then dry with paper towel. Finely grate lemon zest into a bowl. Using a sharp knife, slice lemons as paper thin as you can get them; remove and discard seeds. Add slices to zest and toss with sugar and salt. Cover and set aside at room temperature for 24 hours.

Preheat the oven to 425 degrees. Roll out half the dough 1/8-inch thick on a lightly floured surface, fit it into a 9-inch (1-quart) pie plate, and trim the edge, leaving a 1/2-inch overhang.

Roll out the remaining dough into a 12-inch round on a lightly floured surface, drape it over the filling, and trim it, leaving a 1-inch overhang. Fold the overhang under the bottom crust, pressing the edge to seal it, and crimp the edge decoratively. Beat one egg white until frothy and brush over pie crust, then sprinkle with coarse sugar. Cut slits in the crust with a sharp knife, forming steam vents, and bake the pie in the middle of the oven for 25 minutes. Reduce the temperature to 350 degrees and bake the pie for 20 to 25 minutes more, or until the crust is golden. Let the pie cool on a rack and serve it warm or at room temperature.

Anyone can make Indian food at home. Chickpea curry is the perfect place to start

More than anything else in the entire world, I hate, with all my heart, hyperbole. (See what I did there?)