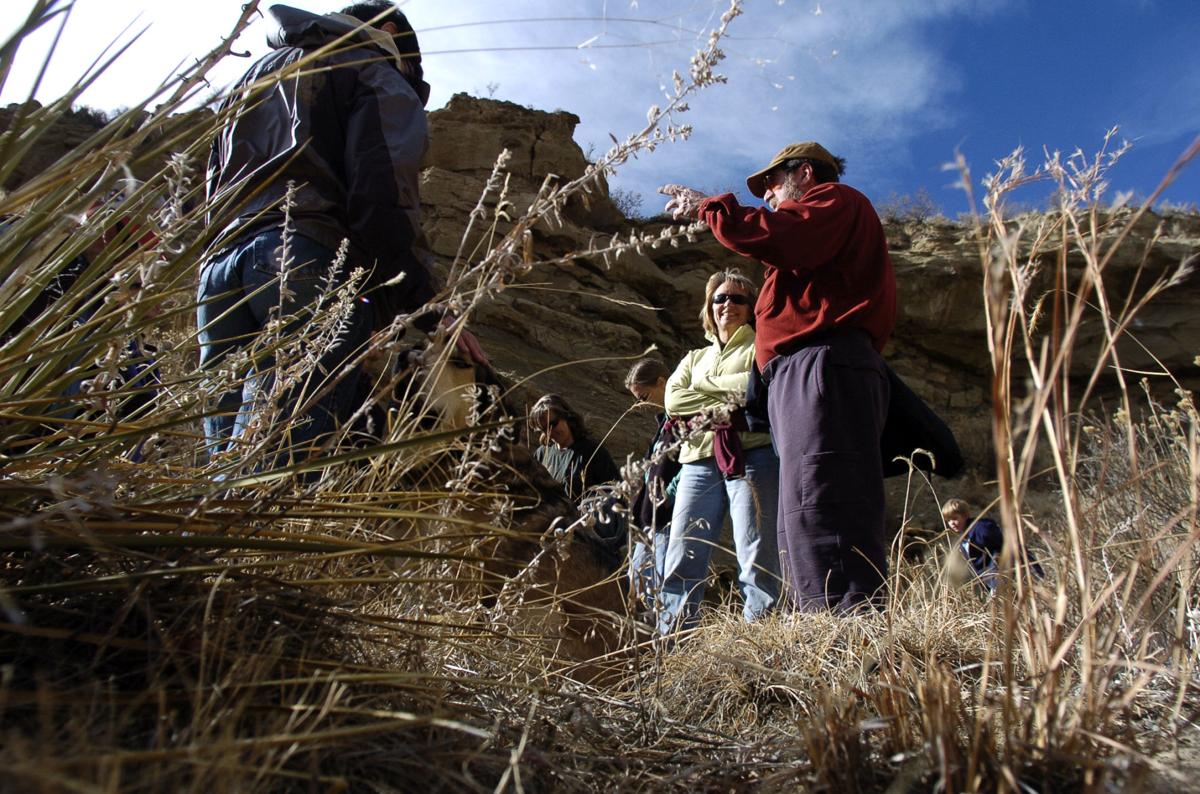 Lee Milner, in red shirt, leads a walk through the area that is now Corral Bluffs Open Space. 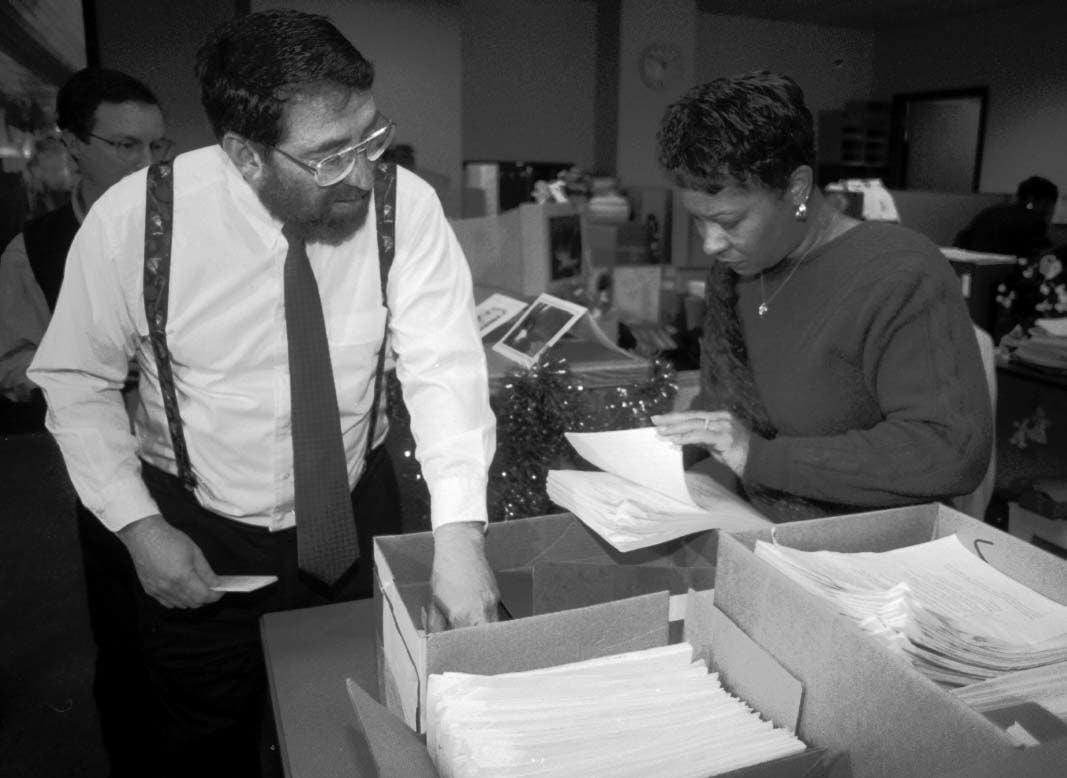 Lee Milner talks with City Clerk Kathryn Young after dropping off over 11,000 signatures on petitions for a trails and open space ballot initiative on Dec. 23, 1996.

Lee Milner, in red shirt, leads a walk through the area that is now Corral Bluffs Open Space.

Lee Milner talks with City Clerk Kathryn Young after dropping off over 11,000 signatures on petitions for a trails and open space ballot initiative on Dec. 23, 1996.

Leading up to his departure from Colorado Springs, Lee Milner has reflected on a reflection by the city's founder.

"I think with such a sunny, airy climate," Gen. William Jackson Palmer told a reporter in his late years, "the streets should have been narrower, and the land so saved (for) more open spaces ..."

Yes, that's how it should've been, thinks Milner, who has advocated for the local outdoors for nearly 40 years. But at least he can say he saw several of the city's premier recreation hubs come to fruition.

This month he's leaving to be with his wife in Bellingham, Wash., to the lower altitude benefiting her health.

"When we got the Drake declaration (saying) it was going to close," Milner said, referring to Colorado Springs Utilities' June announcement to close portions of the coal-fired plant ahead of schedule, "that was sort of the culmination for me. I was ready to move then."

Drake, what Milner saw as a polluting eyesore, was an early focus of his upon arriving to the Springs. In the late 1980s, he was a member of an air quality-focused committee within the Pikes Peak Area Council of Governments. That's where he began pushing for Drake's closure — a relative newcomer to town pestering some of the highest powers that be.

The committee "was going to re-elect me," Milner said, "but I started saying things publicly that they didn't like."

Milner has had a penchant for going to reporters when he smelled something fishy. He's "walked a thin line" with colleagues, he said. "But I believe it is necessary to shine a light on reality rather than allowing the bureaucracy to dominate the public process and obscure truth from its citizens."

Also, reporters could add the pressure he sought. "I always look at how to accomplish what I want while doing the least work," he said.

Colorado has a new extreme challenge in the San Juan Mountains: 13 fourteeners in 100 hours

It was a strategy he brought along to the Springs. Milner, an East Coast transplant with degrees in government and geography and prior environmental jobs, was looking for a new home in 1984. Driving south, he saw Pulpit Rock on one side of Interstate 25 and Pikes Peak on the other and knew this was the place.

He'd go about getting the viewshed preserved. In the '80s and '90s, he oversaw the build-out of what is now the Trails and Open Space Coalition, today one of the city's more influential nonprofits.

Then he'd go about getting the money the city's outdoors needed. Milner was a key lobbyist for the Trails, Open Space and Parks (TOPS) program, approved by voters in 1997 to provide portions of sales tax dollars to conservation.

"The thing I worked the hardest on was definitely Corral Bluffs," he said.

He rallied neighbors, environmentalists and developers in stopping a proposed motorcycle park at the rugged, colorful tract east of the city. The world of science now knows Corral Bluffs as an archaeological treasure, praised by journals and television specials.

Another was the Spirit of the Springs Award given to him by Mayor John Suthers in 2017. Suthers said of Milner: "He has perhaps done more than anyone else to keep open space and trail issues at the forefront of our community consciousness."

This month, colleagues of the TOPS board said farewell. It was another virtual meeting, Milner's last.

"Actually with COVID, it's easier to tune in now," he said, giving himself an idea. "I don't know. I guess I'll look at the agenda."