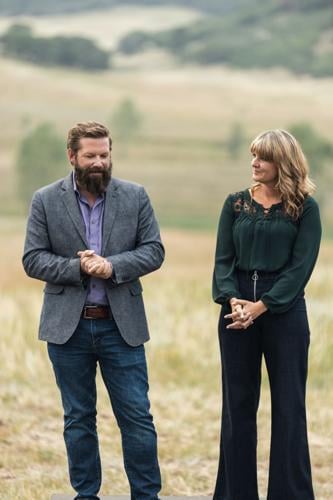 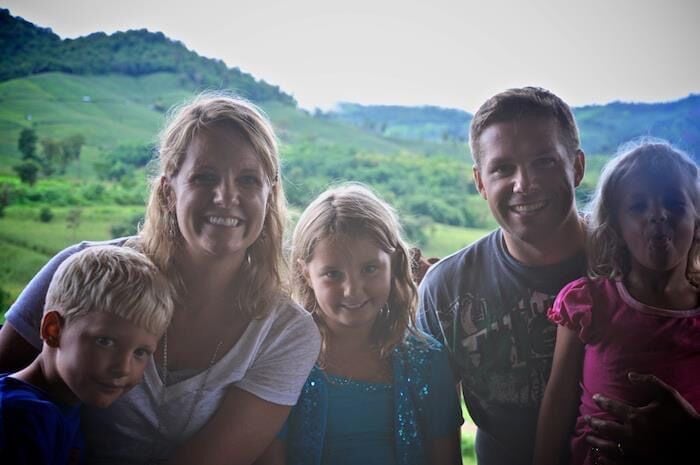 with their children. The couple founded their Colorado Springs nonprofit, The Exodus Road, to battle global sex trafficking. 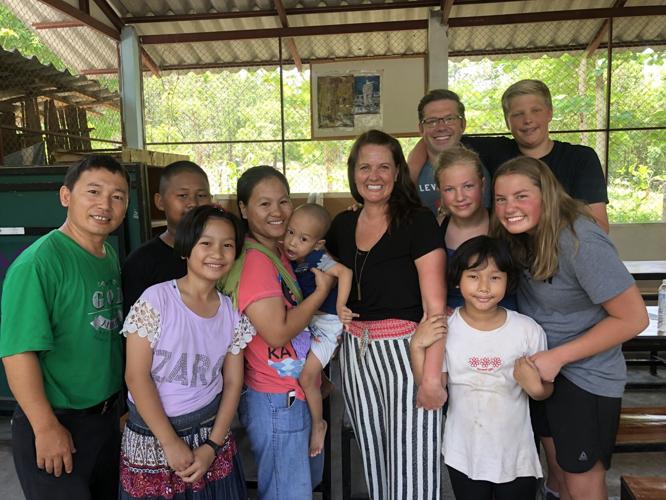 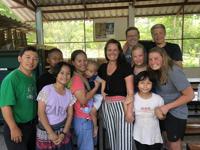 Laura and Matt Parker and their children pose with friends and co-workers at the Children’s Home in Thailand where they worked. 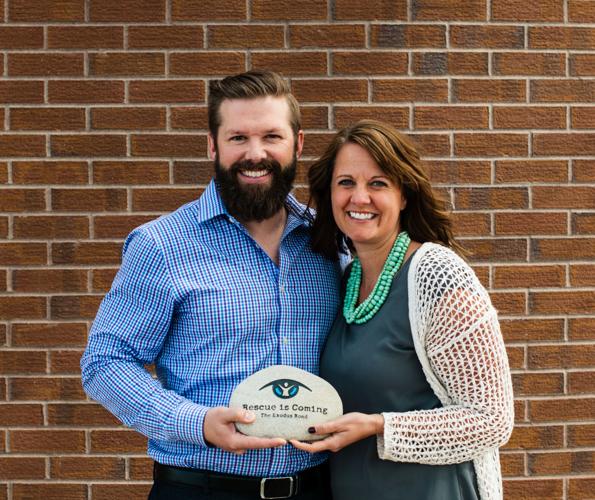 Matt and Laura Parker founded The Exodus Road, their Colorado Springs nonprofit, in 2011.

with their children. The couple founded their Colorado Springs nonprofit, The Exodus Road, to battle global sex trafficking.

Laura and Matt Parker and their children pose with friends and co-workers at the Children’s Home in Thailand where they worked.

Matt and Laura Parker founded The Exodus Road, their Colorado Springs nonprofit, in 2011.

Matt and Laura Parker were former high school sweethearts who sought to serve God by leaving the staff at Woodland Park Community Church in 2010 and moving to Thailand to run a girls school operated by Colorado Springs-based Joy to the World Foundation.

But soon after starting their new jobs, they realized their calling was actually fighting sex trafficking, which is rampant in southeast Asia.

“We basically stumbled into the problem, which was right in front of our faces,” says Laura Parker, “and the more we learned about it, the more we couldn’t turn away from it.”

They tell their story in the video “Ordinary: The Exodus Road Story.”

The couple founded their Springs nonprofit, The Exodus Road, in 2011. The charity, which has an annual budget of $2.8 million, is not religious, even though Parker and her husband, Matt, are Christians. It employs 70 people around the world, with 16 here in the Springs.

In 2012, the organization helped free “Sarah,” a captive 15-year-old Burmese girl who was sold for sex. Since then, the organization has rescued 1,505 survivors in six countries, and provided information that helped arrest 820 traffickers. The group also operates in India, the Philippines and the U.S.

While significant, Laura Parker acknowledges these numbers are small compared with the “overwhelming” problem. More than 16 million people are trafficked worldwide for labor, and more than 4 million are trafficked for sex.

Parker says she focuses on individuals successfully rescued, rather than the enormity of the challenge.

“When I want to quit, I think about my own three kids. What would I want someone to do on their behalf? Then I try to do that.”

Girls trafficked for sex can face difficult odds. They are often sold by impoverished parents, exploited by wealthy tourists, and ignored by underfunded, overworked and/or crooked police officers.

• Intervention: Gathering evidence that helps officials arrest and charge traffickers and sex customers. In many cases, Matt leads these efforts.

• Aftercare: After working with partners that provided aftercare for victims, The Exodus Road will launch its own Beyond Rescue aftercare program this fall.

Dozens of groups in the U.S. combat trafficking. Laura Parker says The Exodus Road excels in equipping local communities with the resources and training needed to investigate and prosecute sex crimes.

She says its Traffick Watch Academy is being used to train about 20,000 law enforcement officials in Brazil.

On Sept. 21, The Exodus Road released a free version of Traffick Watch Academy for the first time in the U.S. Parker hopes it will help law enforcement and ordinary citizens learn how to identify and combat trafficking.

The online training platform features educational training videos and other resources covering labor and sex trafficking, slavery in the U.S., how to recognize signs of trafficking, and practical steps “ordinary” people can follow to combat this complex crime.

This year, the organization came under fire from four former contract employees and volunteers who issued an open letter accusing The Exodus Road of sexual and financial misconduct, including sexual abuse by staff and the creation of “a culture of sexually violent, explicit language and sexually inappropriate behavior” that was “established by leadership.” The claims were covered in a lengthy article published by the Colorado Springs Indy.

The Exodus Road asked its legal counsel, Lewis Roca Rothgerber Christie, to conduct an independent investigation of the claims. It found that inappropriate workplace behavior had taken place, but no sexual abuse. Some employees and contract workers were let go, including one leader who was fired, then rehired after a six-month period of training and rehabilitation.

In addition, an audit found that a leader in Thailand had stolen $6,000. Parker says that leader is now gone and has repaid the stolen funds.

“The organization we were in 2017 is not the same organization we are today,” Parker said. “We’re always growing, always learning, and always trying to improve our practices and hiring process.”

Parker says trafficking will never disappear until ordinary people learn more about it, volunteer and donate to groups that combat it, and consider changing their purchasing behavior, buying fair trade goods to ensure “that factory workers in China are not being paid for the stuff you’re buying on the cheap at your local discount store.”

Colorado is either really good or really bad when it comes to dealing with human sex trafficking cases, suggests a new analysis of federal data released Thursday morning.

Harding Nursery has gifts for Mother’s Day that keep on giving!
sponsored