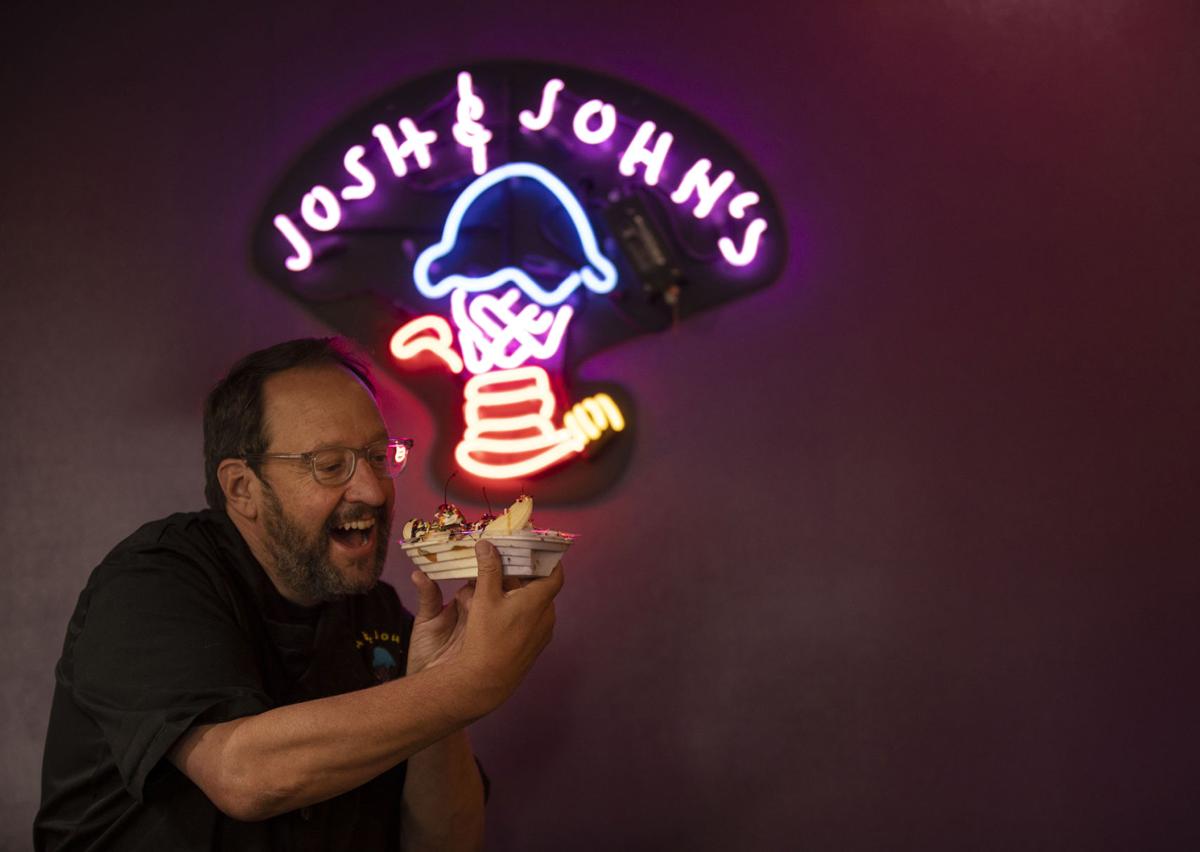 John Krakauer, owner of Josh & John’s Homemade Ice Creams, poses with an All American Banana Split at his ice cream shop in Colorado Springs. Krakauer has been churning his award-winning treats since 1986. 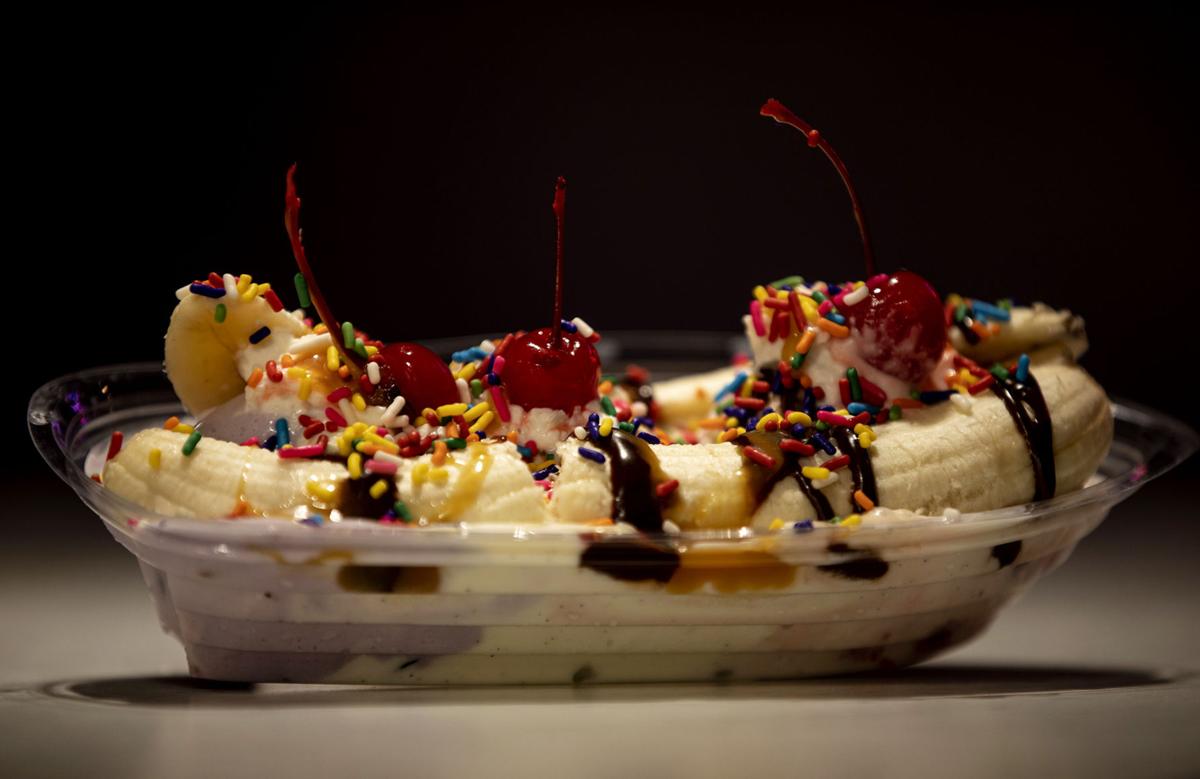 The All American Banana Split is just one of the treats found at Josh & John’s Homemade Ice Creams. 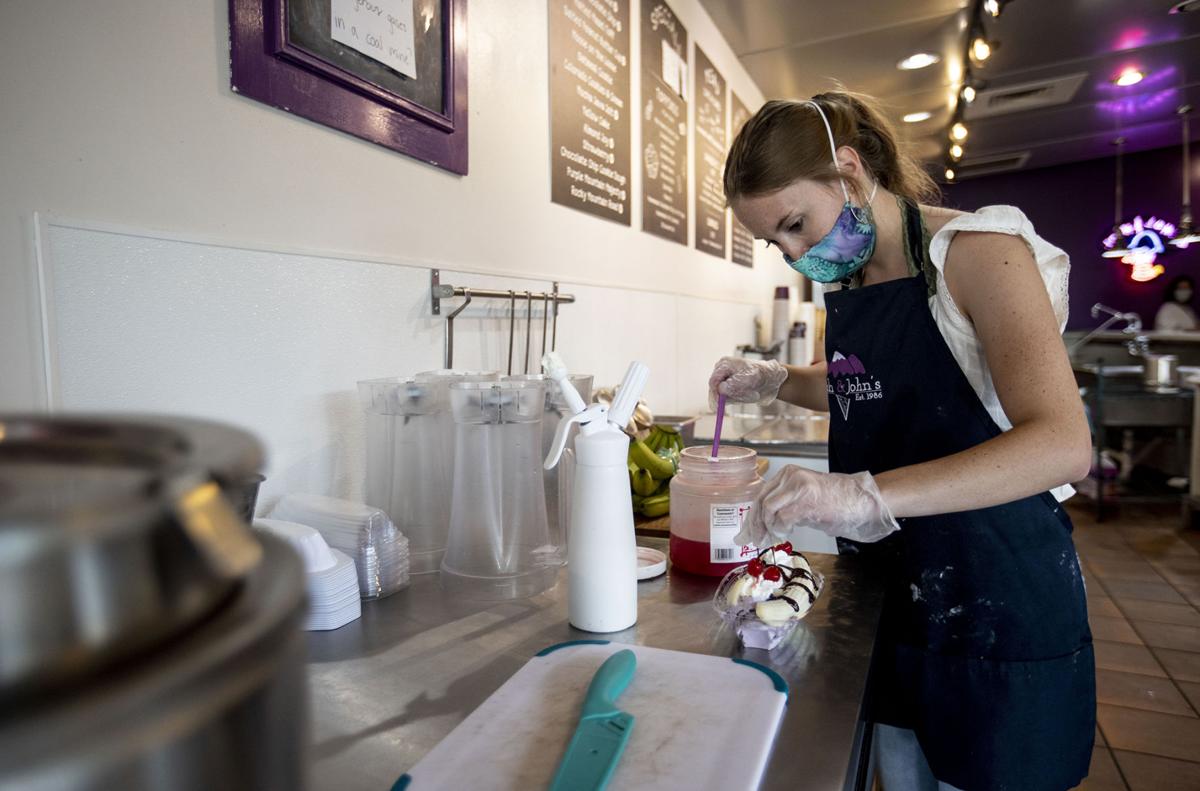 John Krakauer, owner of Josh & John’s Homemade Ice Creams, poses with an All American Banana Split at his ice cream shop in Colorado Springs. Krakauer has been churning his award-winning treats since 1986.

The All American Banana Split is just one of the treats found at Josh & John’s Homemade Ice Creams.

Who doesn’t drool at the thought of ice cream in the summer? What would birthdays be without a cold square of colorful Neapolitan on cake with sprinkles? And don’t even think about serving warm Palisade peach cobbler without a cooling spoonful of vanilla bean on top.

Yes, we can’t get enough of the stuff. And what better way to celebrate the Fourth of July than by enjoying your very own homemade ice cream?

To discover the secrets of making it, we turned to John Krakauer, owner of Josh & John’s Homemade Ice Creams, who has been churning his award-winning treats since 1986.

New chefs take over at Garden of the Gods Market and Cafe, McGinty's Wood Oven Pub

“The ingredients are important,” Krakauer said. “We have a dairy that makes our base to our specifications for percentage of butterfat. We tried different percentages and believe 14% is best for mouthfeel. It’s rich but without coating the mouth. And we do not use any artificial ingredients.”

He uses specially made equipment that allows for longer churning.

Most home freezers can’t freeze the ice cream fast enough because they can’t get as cold as commercial freezers, which get down to minus 20 degrees. To solve that problem, Krakauer said, “Eat it as soon as you have it churned.”

According to the cookbook “The Good Cook Classic Desserts,” coldness mutes flavors. For that reason, add an extra splash of vanilla or other flavoring to boost taste.

If you don’t have an ice cream maker, there are other recipes you can follow to get the job done without one. No-churn ice creams abound online. They require just a few ingredients and turn out delicious results.

The reason they work is that heavy cream is whipped to incorporate air into it. This replaces the churning process. One of our go-to recipes is from David Cook, co-owner of Gather Food Studio. His strawberry-coconut no-churn ice cream is a little more involved than the basic four-ingredient recipe that follows, but it delivers great results.

Putting together the ingredients can be done in minutes, but you need to plan ahead because both recipes have to freeze for at least six hours.

So pick your adventure: to churn or not to churn.

But either way, express yourself on Independence Day with some luxurious ice cream that frees the soul.

In a bowl whisk all ingredients together and pour into ice cream maker container. Churn according to the manufacturer's instructions.

In a bowl, combine condensed milk, vanilla and salt; set aside.

Whip the cream with a mixer on high-high speed until firm peaks form, about 2 minutes.

Fold about 1 cup of the whipped cream into the condensed milk mixture with a rubber spatula until combined, then fold the lightened mixture into the remaining whipped cream until well blended.

Pour into a chilled, 9-by-5-by-3-inch metal loaf pan, press a piece of plastic wrap over the top of mixture and freeze until solid, about 5 to 6 hours.

Combine the coconut cream and the cornstarch together in a food processor. Whip to soft peaks. Remove to a bowl and set aside.

In the same food processor, combine the maple syrup, vanilla and strawberries. Process the ingredients until they are creamy. Remove the ingredients to a bowl and very gently fold in the soft whipped coconut milk.

Place the ice cream base in a container with a lid and freeze. Every 30 minutes, quickly remove from the freezer and whisk slightly. Do this for the first 3-4 hours. After that, the ice cream will be firm enough to scoop.

Summer has arrived, and nothing says summer quite like ice cream. Today, we conclude a two-part series on the sweet treat.

CSU extension service in El Paso County has a wealth of food classes including certification programs for selling homemade foods.