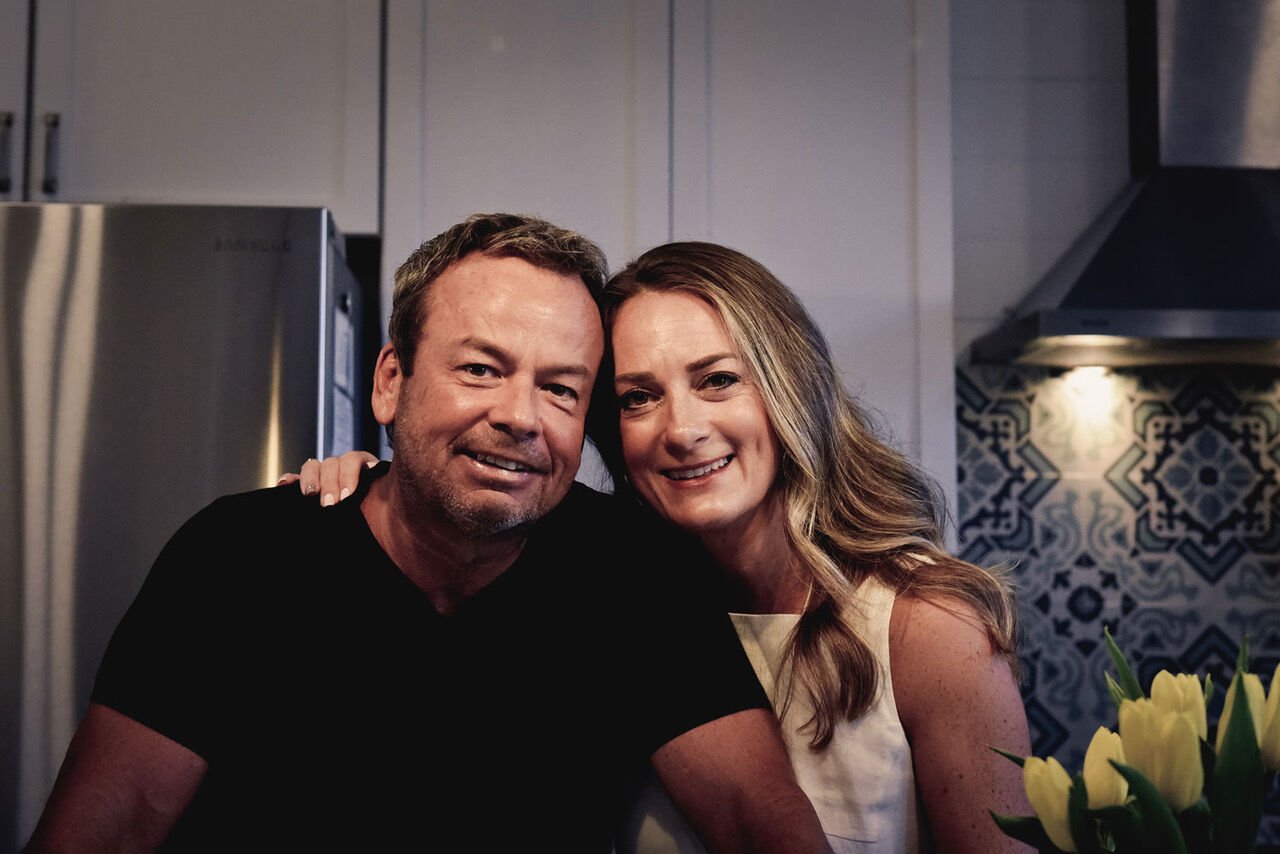 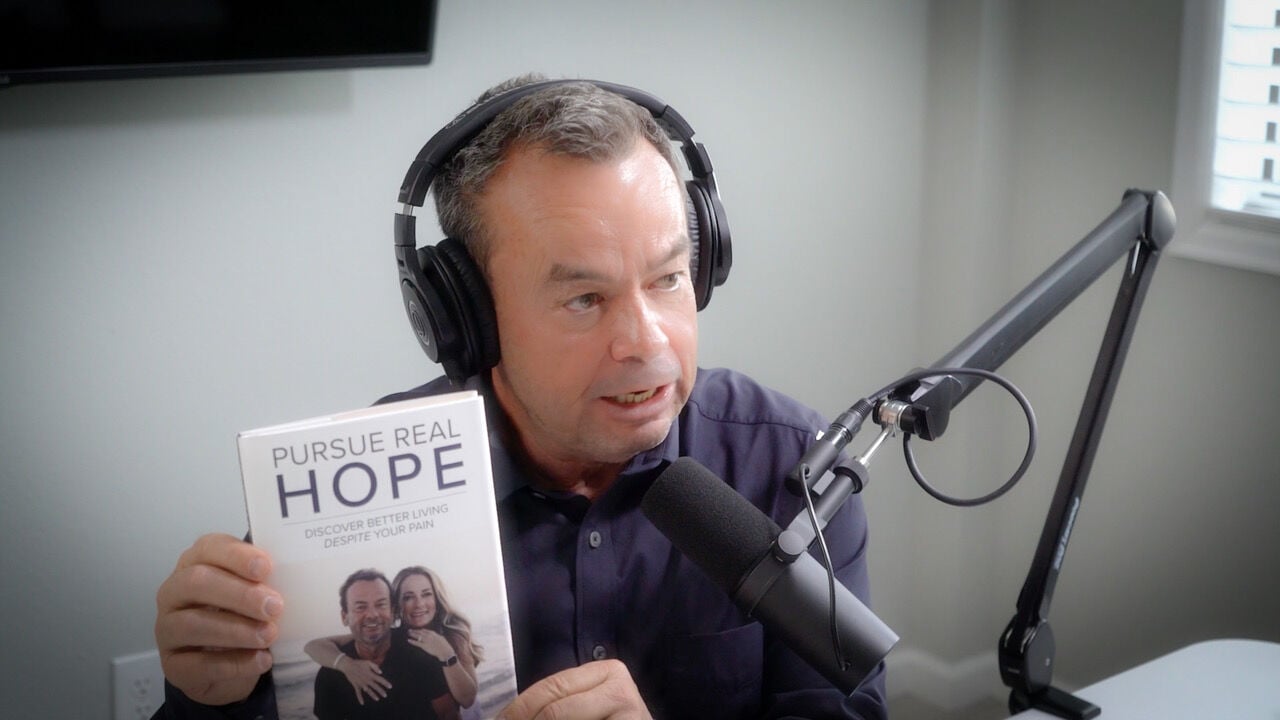 Gordon Selley’s life completely changed after two car accidents. He went from being a chiropractor to wondering if he’d survive the chronic pain he suffered from daily. He and his wife, Cherise Selley, released the Christian self-help book “Pursue Real Hope” this year. 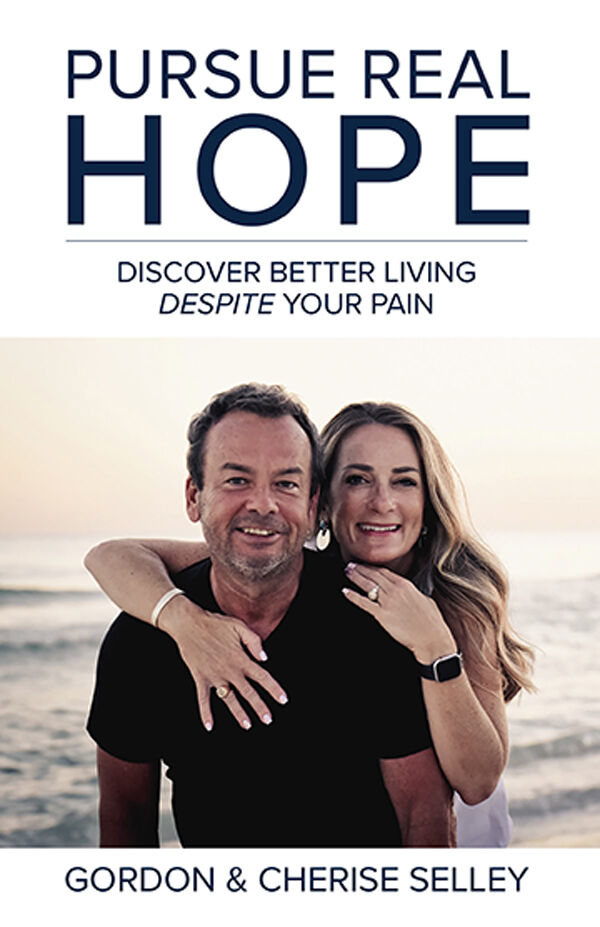 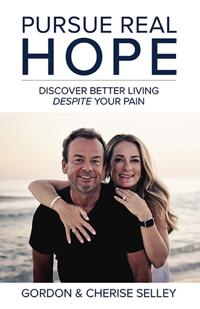 In the Christian self-help book “Pursue Real Hope,” by husband and wife Gordon and Cherise Selley, the pair hope to help and inspire those who live with chronic pain.

Gordon Selley’s life completely changed after two car accidents. He went from being a chiropractor to wondering if he’d survive the chronic pain he suffered from daily. He and his wife, Cherise Selley, released the Christian self-help book “Pursue Real Hope” this year.

Gordon Selley’s life was devoted to health in his mid-30s.

But then the chiropractor got into two car accidents, the second of which was a rear-end collision that happened only two months after his first surgery from the initial accident.

The traumatic turn of events ushered him into a club nobody wants to join — the 50 million U.S. adults who experience chronic pain.

“I went from being a doctor to going down to the lowliest of lows as a patient,” said Selley, 62. “I had four neck surgeries and I lost everything: my identity, purpose, security. I felt no more compassion, and my hope was barely flickering in my faith.”

While small in number, followers of Colorado Springs Bahá'í faith have big hopes

Unfortunately, the pain hasn’t disappeared, but he has learned to manage it, with a big boost from his Christian faith. Nowadays he still endures a list of painful conditions, including rheumatoid arthritis and chronic kidney stones, but he’s developed the ability to suck the joy from the marrow of everyday life.

“I’m going to golf today with an abbreviated golf swing,” said the Colorado Springs resident in a recent interview. “It’s taken decades to get to this point. And most of my friends don’t think of me as a chronic pain sufferer. They look at me as a strong leader in faith. They see us as a point of transformation. That’s what I want.”

The us he refers to is he and his wife, Cherise Selley, whom he met in 1996, three years after his injuries, and married three weeks later. The Selleys are the authors of “Pursue Real Hope,” a recently released Christian self-help book devoted to helping people with chronic pain. Gordon hopes the book will reach “deep places of suffering and transformation and challenge people to take a step forward in faith.” It’s available online at Amazon.com.

“This narrative is an incredible journey of courage, strength, endurance and perseverance,” wrote Springs Rescue Mission chaplain David Packiam in a blurb for the book. “One that will empower you to press on during your season of pain, distress and hopelessness. To have the faith to believe God, trust Jesus for His unfailing presence, and the assurance of the Holy Spirit who will remind you of God’s truth: ‘He makes all things beautiful in His own time.’”

Gordon admits he struggled greatly with his faith after the accidents and surgeries and unrelenting pain that left him with complex regional pain syndrome half a year into his new marriage. His hypersensitized nervous system made touch painful, and he couldn’t even wear clothing for six months. His doctors thought he would die. An understandably upset Cherise wondered how they would survive.

“I said we’re going to praise God,” Gordon said. “This is not the final signature of life. And we did praise God and I felt like God was challenging me — do you fully believe in my word? I said no, I don’t. All the things you hear about healing, nothing was working.”

But Cherise bought her husband a new Bible, and Gordon spent six to eight hours every day immersed in Scripture. It eventually got him out of bed, he said, and transformed him.

Healing crystals, promising all kinds of positivity, are making their way into the mainstream

Learning how to be with Gordon through his surgeries and pain has been a decades-long process for Cherise. In the beginning, she ached to have control of making his pain better, and felt helpless when she couldn’t.

“The older version of myself realizes it’s not about control, but letting go and that love covers all of this,” she said.

“The less I try to control the outcome, and the more I decide to be present in the moment of pain he’s in and to say we’re in this together and not try to figure everything out, has given me the ability to have a greater endurance and a lot less disappointment.”

One Bible verse in particular has stuck with Gordon through the years: Chapter 15 of Jeremiah, verses 18-20: “Why is my pain perpetual, and my wound incurable, which refuseth to be healed? You are to me like a deceptive brook, like a spring that fails.”

“In other words, here’s a river bed, but there’s only a few drops a mile down the road,” Gordon said.

“Are you going to be to me like that, Lord? God responded with a sense of do not doubt who I am, and if you extract the bile, the thoughts doubting who I am, I will make you my spokesman. Those words have been burned in my heart for decades.”

The Selleys also co-host “The Gordon and Cherise Show” podcast, where they talk about living with chronic pain, and what it’s like for the sufferer and the spouse of the sufferer. Go online to gordonandcherise.com to find the podcast.

Chronic pain is a challenging situation for a couple. The divorce rate for married folks, when one of them deals with chronic pain for more than two years, is 80%, Gordon said. The Selleys have managed to stay married for more than 25 years for two reasons.

“A: Our faith. And B: Our ability for strong communication,” Gordon said. “We were transparent with each other. And we were able to forgive each other very quickly. There were never comparisons or finger pointing or evaluating our marriage based on failure. It was more based on forward movement of faith and transformation.”

It’s taken years for Selley to put meaning to the pain that has eaten up almost half his life.

“Part of why I’m suffering is not based on sin or punishment,” he said. “It’s based on the fact I’m growing in spiritual maturity. I’m growing as a new person in Christ. I look at it from that perspective.”

Located off I-25 near Colorado Springs, the Christian-based Gateway Prayer Garden offers visitors a place to pray and meditate along its Fountain Creek Prayer Trails and inside a football field-sized pathway, shaped in the form of a cross by stone prayer benches. The garden is the only one of its kind in Colorado, and was dreamed up by a Texas artist in 2005. A Fountain couple, Ted and Audrey Beckett, donated $2 million worth of land to make the garden a reality.