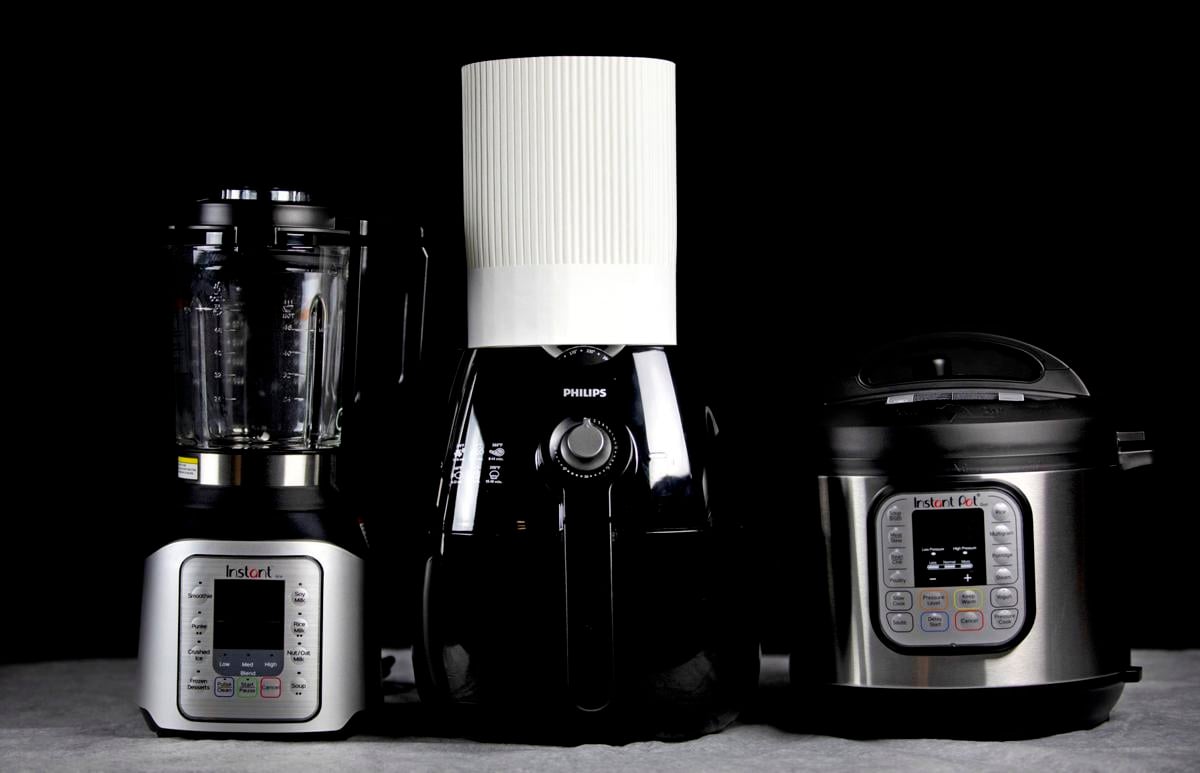 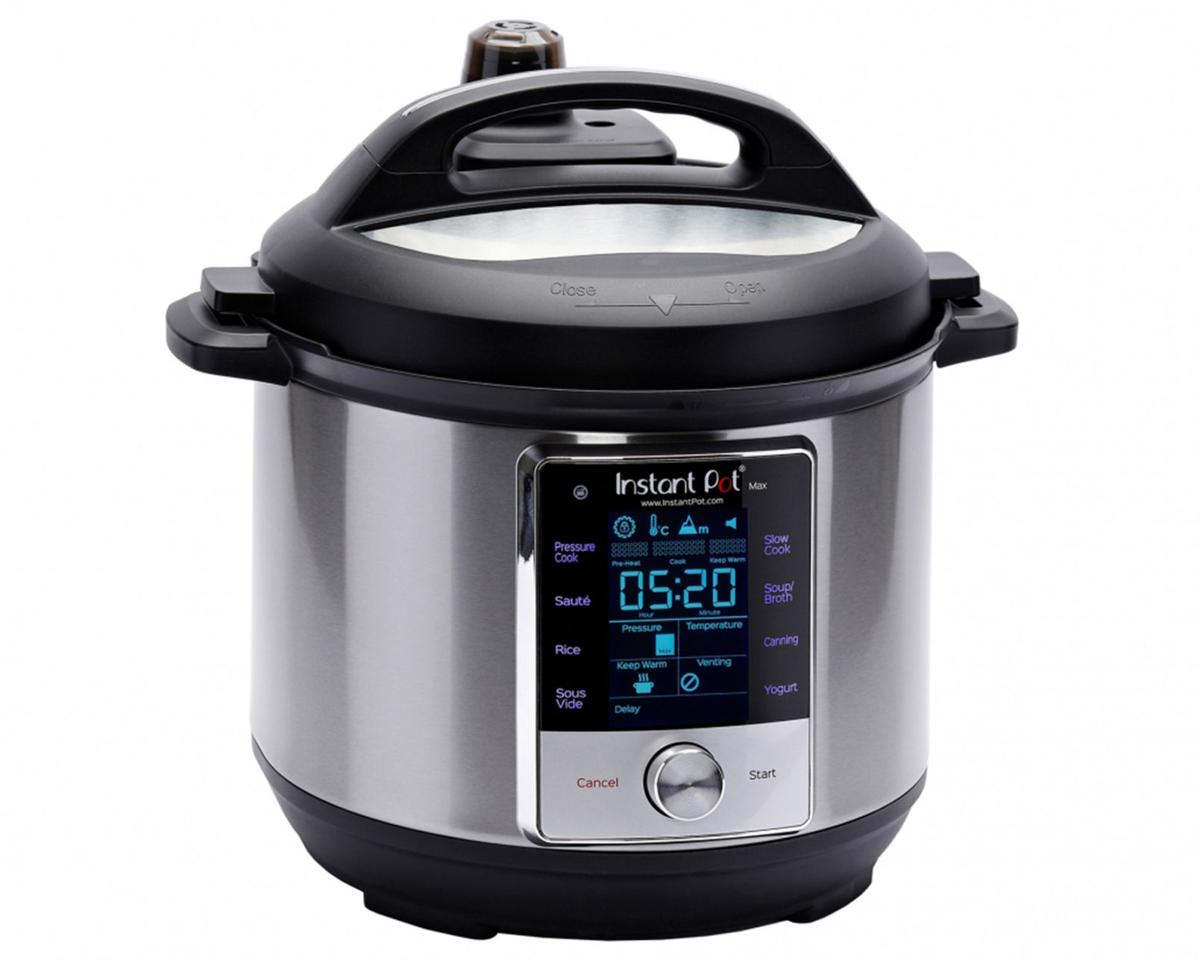 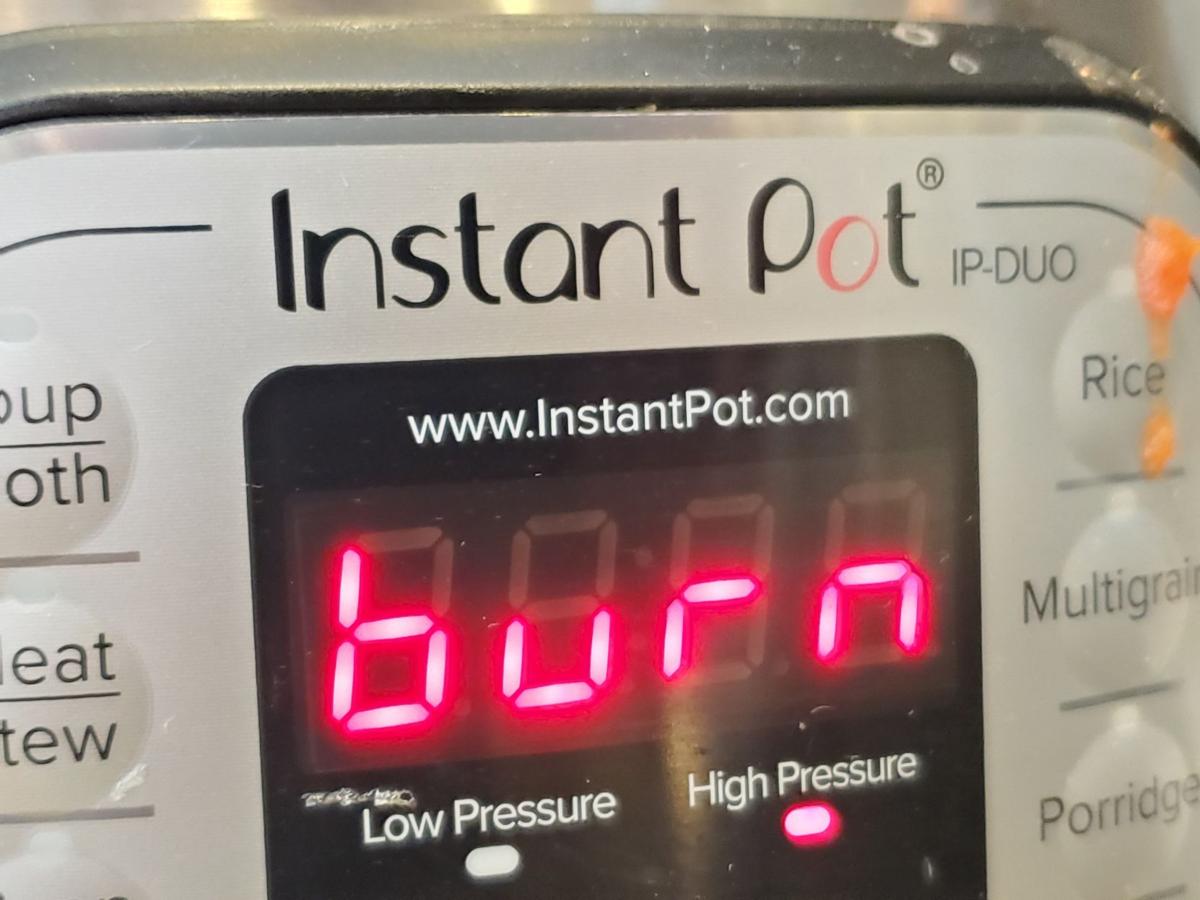 Small kitchen appliances have become big business. We’re talking about things like multipot cookers such as Instant Pot, which has a cultlike following; air fryers; and blenders with a cooking function, which are the next new thing. They each come with promises for getting healthy meals on the table lickety-split.

But are they all what they’re cracked up to be? We got reviews from the following experts in the kitchen:

• Monika Celly, owner of Polka Dots and Curry, who owns two Instant Pots and teaches classes on how to use them.

What it is: An appliance with multicooking functions including pressure cooker, rice cooker, yogurt maker, browning pan and steamer, among its other functions. There are several brands of multipot cookers, but Instant Pot is far and away the most popular . Since its introduction in 2010 by Robert Wang, founder of the Ottawa, Ontario-based Instant Brand, millions of foodies have purchased Instant Pot multipot cookers. In July 2016, it was one of the top-selling products on Amazon’s Prime Day sales event. The next year, 215,000 Instant Pot 7-in-1 Multi-Functional Pressure Cookers were sold, and in 2018, Instant Pot broke its own Prime Day record with 300,000 units sold over 36 hours.

Fields: Two words — one-pot cooking! We’re all busy. We all want to cook at home. One-pot cooking is the answer. You can set it and forget it, but these days, with multipot cookers, it’s more than a Crock-Pot. Sure, you can opt for the slow cooker function, but why when you can cook meals in minutes with the pressure cooker function? This device is the most used in my kitchen. I can use it to sauté and simmer, keep food warm, slow-cook, pressure-cook, and, yes, use the yogurt function for soy and coconut yogurt and homemade tempeh.

Celly: I love my Instant Pot. It has changed the way we cook certain Indian dishes, like saag. I use it mainly for making yogurt, ghee and dosa batter (fermented pancakes), as the fermentation is always good due to the controlled temperature. Almost all Indian lentils cook well in the Instant Pot. For some beans, which need slow cooking, I first pressure-cook the beans or use Bean mode and later set it for slow cooking, without having to transfer them to a new container.

The Instant Pot is definitely better than my traditional pressure cooker, but I still use that one, only due to emotional reasons. It reminds me of my mother’s kitchen, and so I find a way to use my old cooker too. I use the pot-in-pot feature to cook two different dishes at the same time. It saves time as well as energy.

I recently bought a 3-quart Instant Pot as it suits my family of four. We don’t do batch cooking, so a 6-quart was a little too big for daily use. But it’s perfect when I cook for guests or some special events when I’m making bigger batches of food.

What it is: Air fryers use internal fans to cook food, giving them a crunchy exterior without all the extra oil. Low-fat fried chicken will come out perfectly golden brown and french fries perfectly crispy. Air frying also offers nutritional advantages over traditional frying, since either no or significantly less oil can be used in each recipe, reducing extra calories. There are multiple brands available.

Fields: Fried food without all the oil. I can have french fries, tofu, cauliflower wings, tempura and more, all with just a mist or two of vegetable oil spray, versus cups and cups of fat. The bonus, particularly in the summer, is that you can use it instead of the oven and avoid heating up your home.

And these days you can get both a multipot cooker and air fryer: The Ninja Foodi and Instant Pot Vortex have combined both multipot cooker functions and air frying. When I work with clients who have neither device and want both, I strongly encourage them to get the Foodi or Vortex.

What it is: A blender with 8 Smart One-Touch Programs: Smoothie, Purée, Crushed Ice, Ice Cream, Soy Milk, Rice Milk, Nut/Oat Milk and Soup. It has a quiet, powerful motor with a speed of 23,000 revolutions per minute. There’s an internal heating element in the bottom of the pitcher.

Fields: The Instant Pot Ace is pretty amazing. I have a Vitamix and, yes, if I run it for six minutes, the temperature goes over 180 degrees and I can have “hot” soup. But the Ace truly cooks the food. I have added potatoes, vegetable broth, beans, and other veggies, and the potatoes are cooked through and then blended for a spectacular creamy vegetable soup. I will say that for traditional blending, like a kale smoothie for breakfast, it’s a bit lacking. It doesn’t pulverize the kale quite the way the Vitamix does.

Frank: I had been searching for an all-purpose blender for a long time because I did not want to pay hundreds of dollars for multiple machines that would take up a lot of room on the limited counter space in my apartment’s kitchen. I happened to be walking in Walmart last year and saw Instant Pot’s blender for $99 and was shocked at not only the price but everything it claimed to do. There weren’t a lot of reviews, but I knew how happy people have been with Instant Pot’s multicooker, so I thought I’d take a chance and made sure to purchase the insurance from Walmart.

I make a lot of different things, but mostly protein shakes with added fruits and vegetables. My chocolate avocado pie has been super popular with friends and family this year, and this machine mashes the avocados up wonderfully without an issue. It is taller than most blenders and probably a little bulky, but honestly it saved me money, it solves my problem, and it saves me counter space. I love that it has its own timer. For example, when blending, it will blend for about five seconds and then stop, but then start up two seconds later to really blend everything together.

The Wine Guy: Good-value wines from across the globe

Now that the holidays are past, I tend to look for value wines to ease my already light wallet. While that usually means budget-friendly wines…