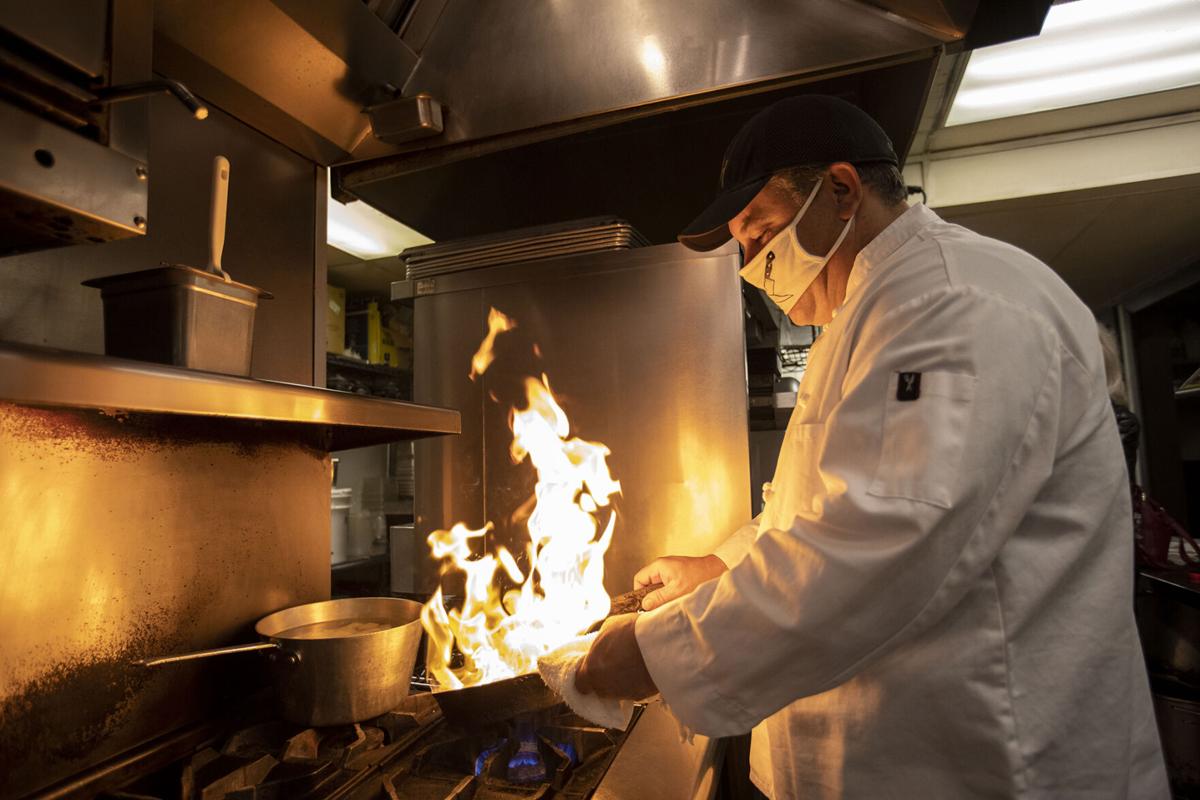 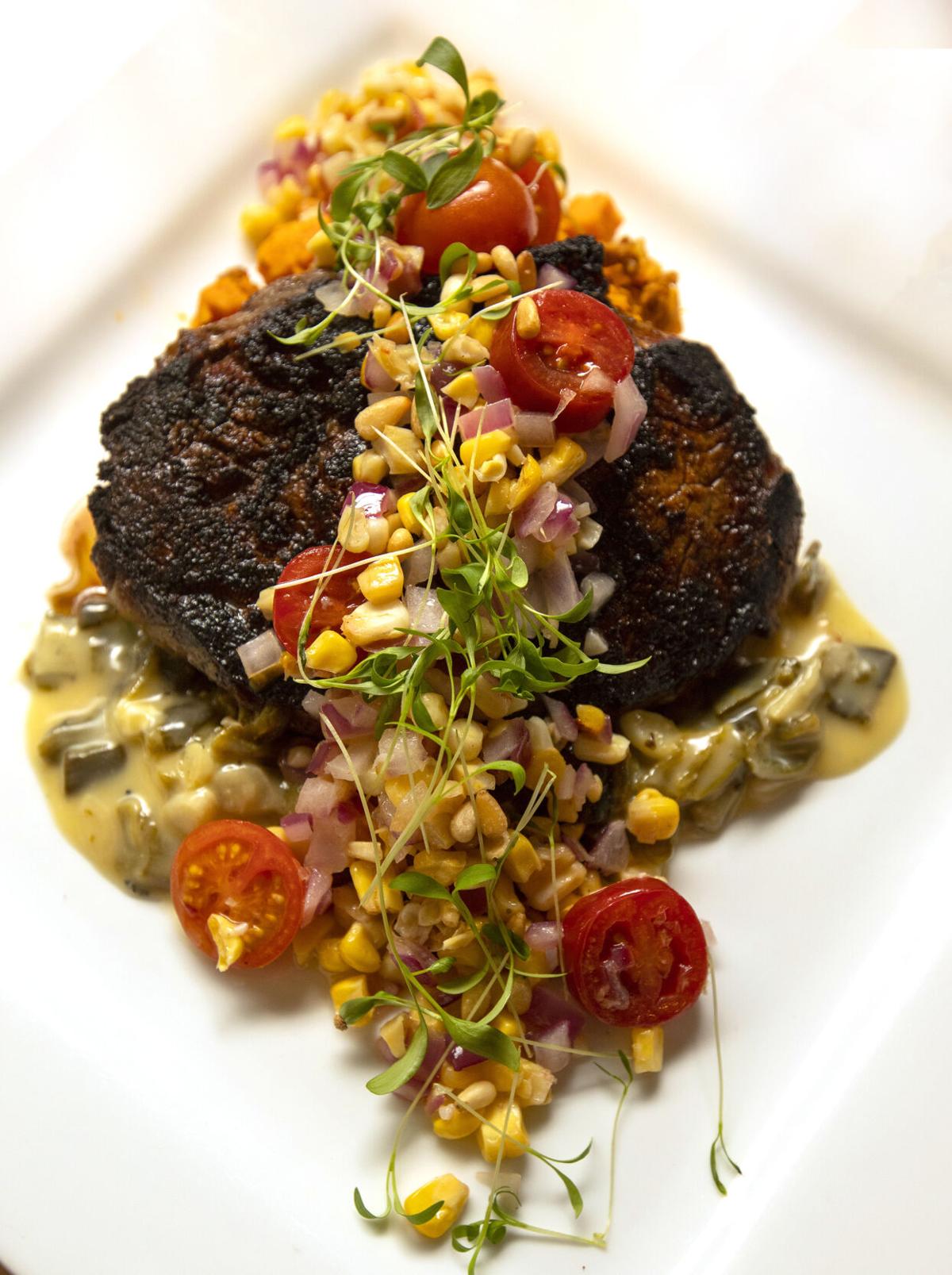 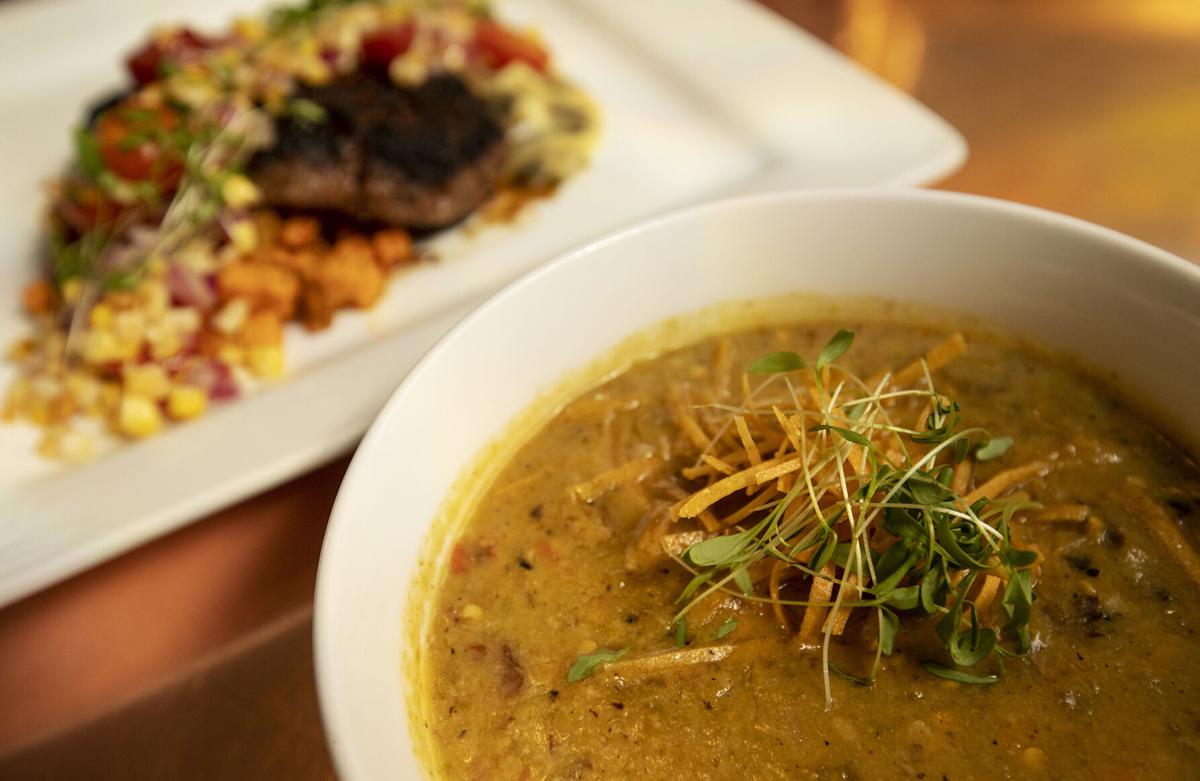 Wild boar chili prepared and served at The Warehouse in Colorado Springs. 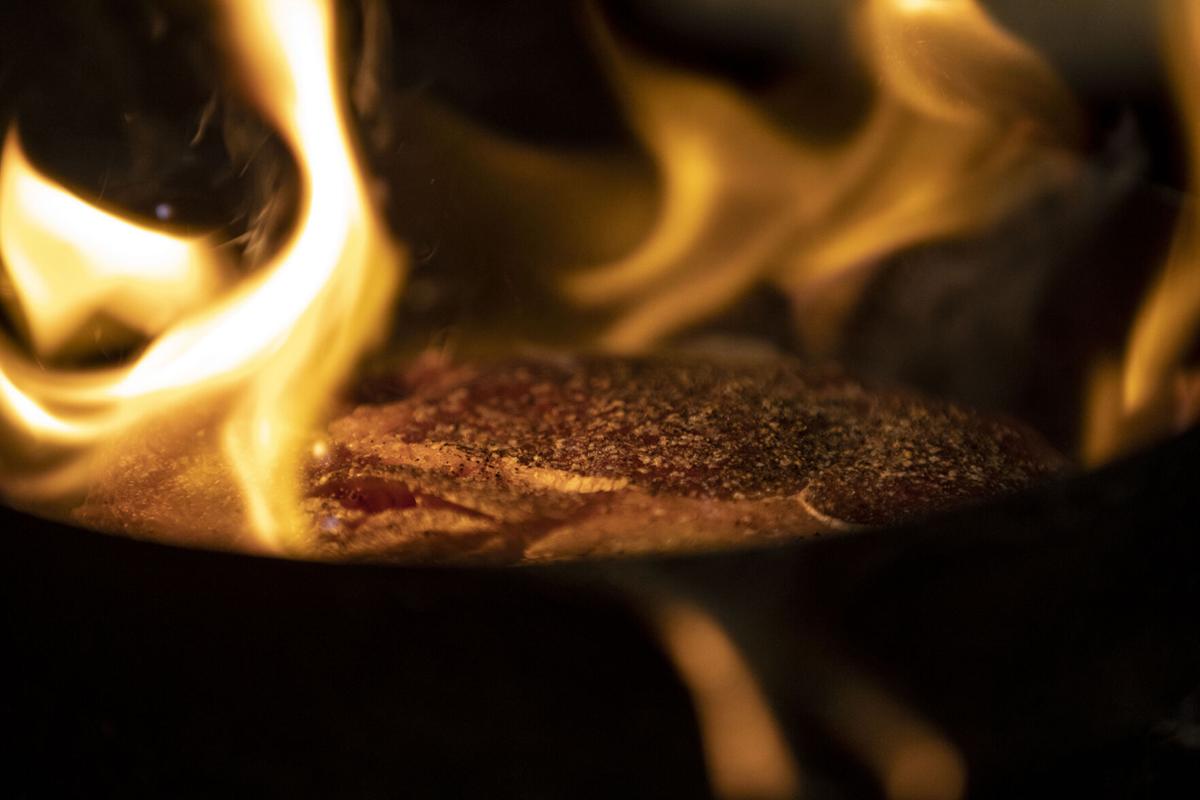 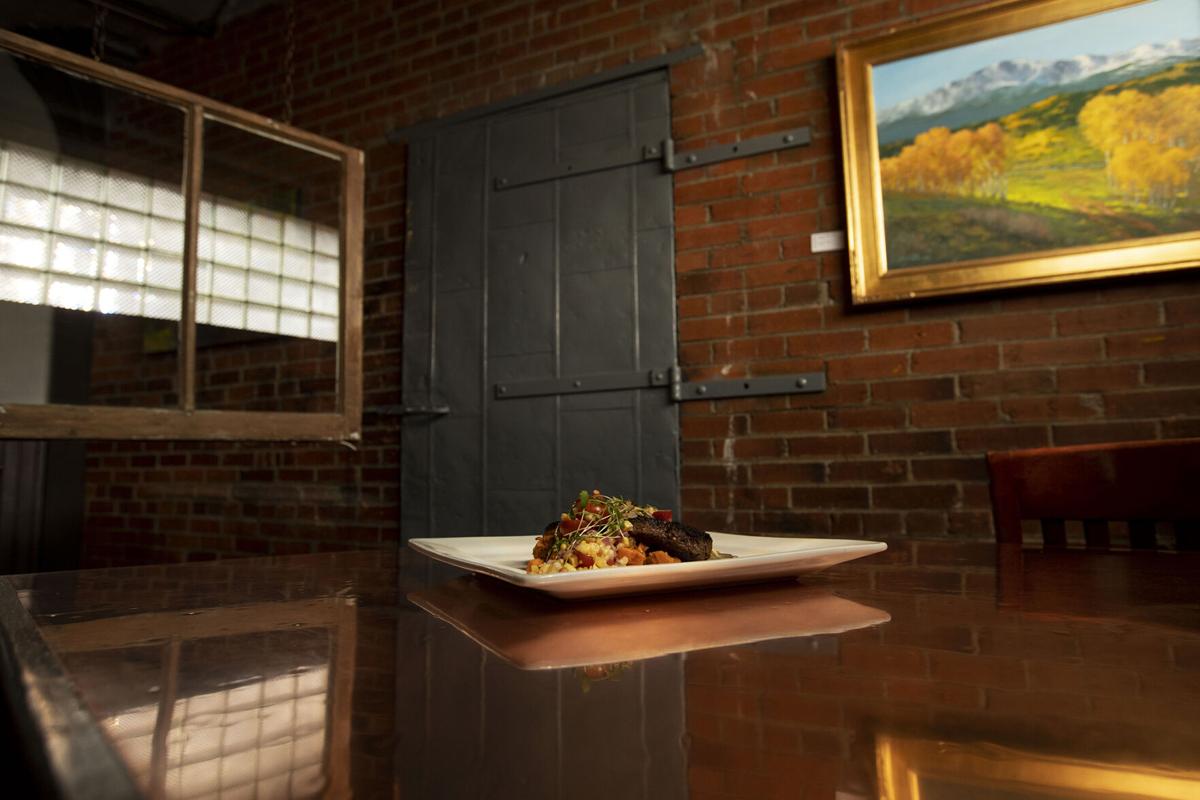 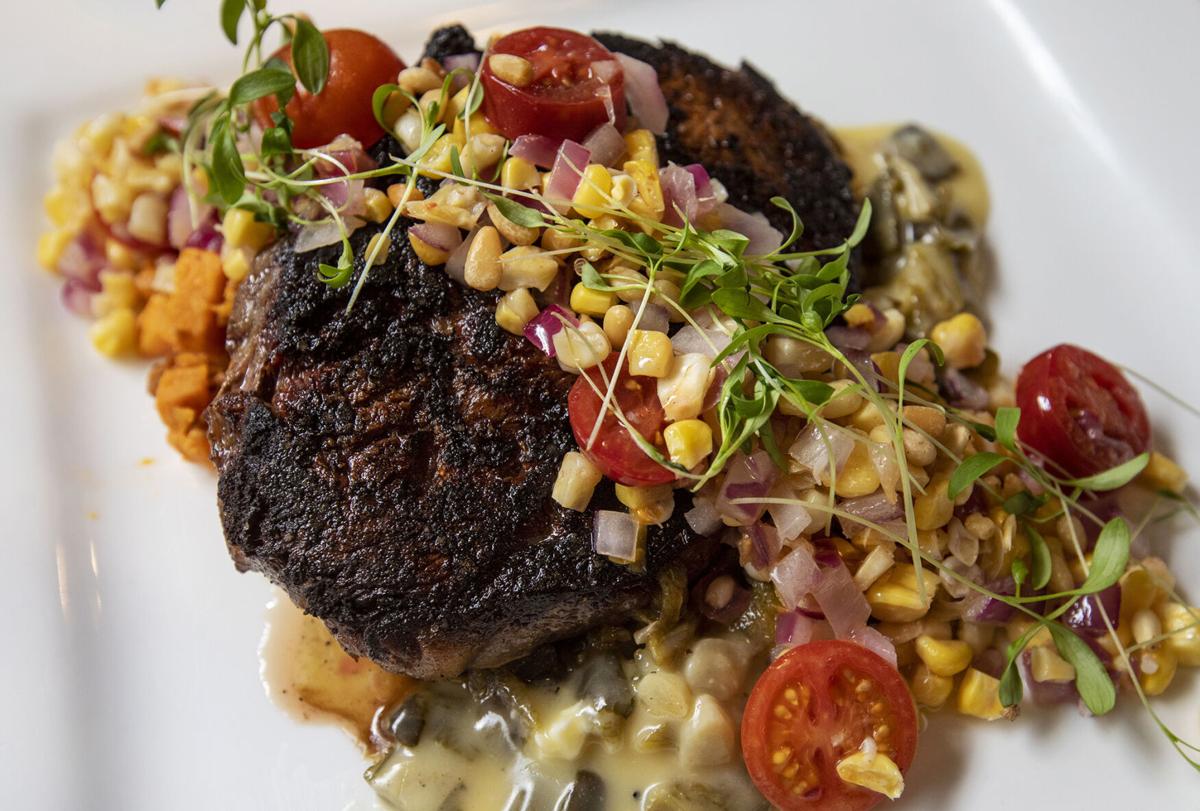 Wild boar chili prepared and served at The Warehouse in Colorado Springs.

Here in the West, there’s no lack of exotic meat options for connoisseurs to try. Taking a walk on the wild side in Colorado Springs might land you at The Warehouse for wild boar chili or bison ribeye, or at Beasts and Brews for the carne asada or a Spanish rabbit dinner.

To learn more about using these proteins, we talked to Noah Siebenaller, executive chef at Beast and Brews; James Africano, owner and executive chef of The Warehouse; and Jason Nauert, a butcher and owner of Rocky Mountain Institute of Meat.

He didn’t mention yak, a large domesticated wild ox with shaggy hair, humped shoulders and large horns, used in Tibet as a pack animal and for its milk, meat and hide. But Africano did.

“It has been 15 or more years since I last had it, and it is delicious,” Africano said. “I would compare it to grass-fed and finished beef in texture and bison in flavor — a nice treat if you should ever have the opportunity to partake.”

“Delicious” might cause some eyebrows to raise. Exotic meat is often described as “gamey” in flavor and tough in texture. All three of our wild game aficionados pointed to the animals’ diet as the main reason.

Wild game live off available grasses and other forages like spruce tips or sage brushes — unlike cattle, which often stand in a feedlot for months and eat corn and grains — contributing to the taste, according to Nauert, an avid hunter who trains military Special Forces how to hunt and field-dress harvested meat.

“These nontraditional feeds give the meat less fat, more lean muscle and a different flavor than most are used to,” he said. “I would say elk is your more flavorful Colorado big game meat that would be closer to beef texture and flavor.”

Africano, who spent 10 years as an executive chef at one of Ted Turner’s ranches in New Mexico, has some tips for taming the game flavor of these meats.

“So much of that flavor is rooted in what the animal ate and how the meat was harvested,” he said. “Oftentimes, no matter how or what you try, you are just not going to mask the harsh, musky overtones. Sweet sauces containing fruits and fortified wines are often served with game, and I am a fan of spice to help cut the heavy flavor. Marinades can also help but are really used more to help with the inherent lack of intramuscular fat to keep the meat moist.”

Siebenaller added, “When I lived in Wyoming, our antelope was very sagey since their diet included lots of wild sage.”

He was working as a personal chef for pro golfer Greg Norman when Norman’s son bagged an elk. Siebenaller prepared it.

“The elk was very heavy with berry flavors, since there were plenty of wild berries on their massive ranch,” he said. “I soaked the elk tenderloin in buttermilk and smashed blueberries for 24 hours prior to cooking. Then I served it with a blueberry gastrique.”

He explained the acid from the buttermilk and blueberries helped reduce the gamey flavor, and the blueberries built upon the natural flavors from the animal’s diet.

If an animal, such as antelope, ate a diet heavy with sage, Siebenaller said, he would prepare it with sage pesto.

“Another trick that can help cover flavor and add moisture is to rub the meat with the rendered fat from another animal, like beef tallow or pork fat,” he said. “When time is short, soak the meat in 2 tablespoons white vinegar and a quart of water in the fridge for an hour prior to cooking.”

If you’d like to try your hand at preparing an exotic meat, you can head to suppliers that use wild game farmers. These farmers are required to take the animals to USDA exotic meat processing facilities or have the correct certifications to do the processing themselves.

Suppliers include Beasts and Brews butcher shop, where you’ll find elk, venison, wild boar and other wild meats for sale. Andy’s Meat Market has some game as well, said Nauert.

“But the vast majority can be found online,” he said. “Or dig a little deeper and you may find some local bison or yak farms that sell direct to consumers.”

2 bison sirloin or beef ribeye steaks (about 8 ounces each)

Grill steaks, uncovered, over medium-hot heat for 6-10 minutes on each side or until meat reaches desired doneness (for medium-rare, a thermometer should read 135 degrees; medium, 140 degrees; medium-well, 145 degrees). Thinly slice meat.

3. On a serving platter or individual salad plates, arrange lettuce, tomato, carrot, onion and olives. Top with steak and dressing.

1 tablespoon adobo sauce (from the chipotle peppers in adobo)

In heavy cast iron or aluminum pot with tight fitting lid, brown meat in cooking oil. Add ½ can of beer and cook the browned meat, covered, over low heat for about 1 hour. Stir occasionally to prevent sticking.

While meat is cooking, chop the onion, garlic, jalapeno, and chipotle. To make a mild version, before chopping the jalapeno split it in half and use a spoon to remove the seeds and internal membrane. You can make the chili spicier by leaving more of the seeds and membrane.

Drain meat juices into a skillet and sauté the onion, jalapeno, and garlic until the onion is opaque. Pour this mixture back into the pot with the meat and add the remaining ingredients. Cook covered over low heat for about 2 ½ - 3 hours, adding more beer if needed. The key is cooking it slowly for several hours. The chili should be cooked at a low simmer, not boiling. Stir occasionally. If necessary, add more chile powder, cumin, and salt to taste. If you desire a thicker chili, make a slurry with the cornstarch and a little water. Stir in the cornstarch mixture to the chili just before it has finished cooking. Serve over tamales or Fritos with cheese and sour cream.

Cut meat into six pieces; pound with a meat mallet to tenderize. Sprinkle with garlic salt and pepper. Combine bread crumbs and the Parmesan cheese in a bowl. In another bowl, beat eggs with water. Dip both sides of meat into flour, then into egg mixture. Press each side of meat into crumb mixture; refrigerate for 20 minutes.

Heat oil in a large skillet; brown meat on both sides. Place in a greased 13 x 9-inch baking pan. Spoon 2 tablespoons spaghetti sauce over each piece. Cover with mozzarella; top with remaining spaghetti sauce. Bake, uncovered, at 350 degrees for 30 minutes or until meat is tender. Serve over noodles; garnish with parsley if desired.