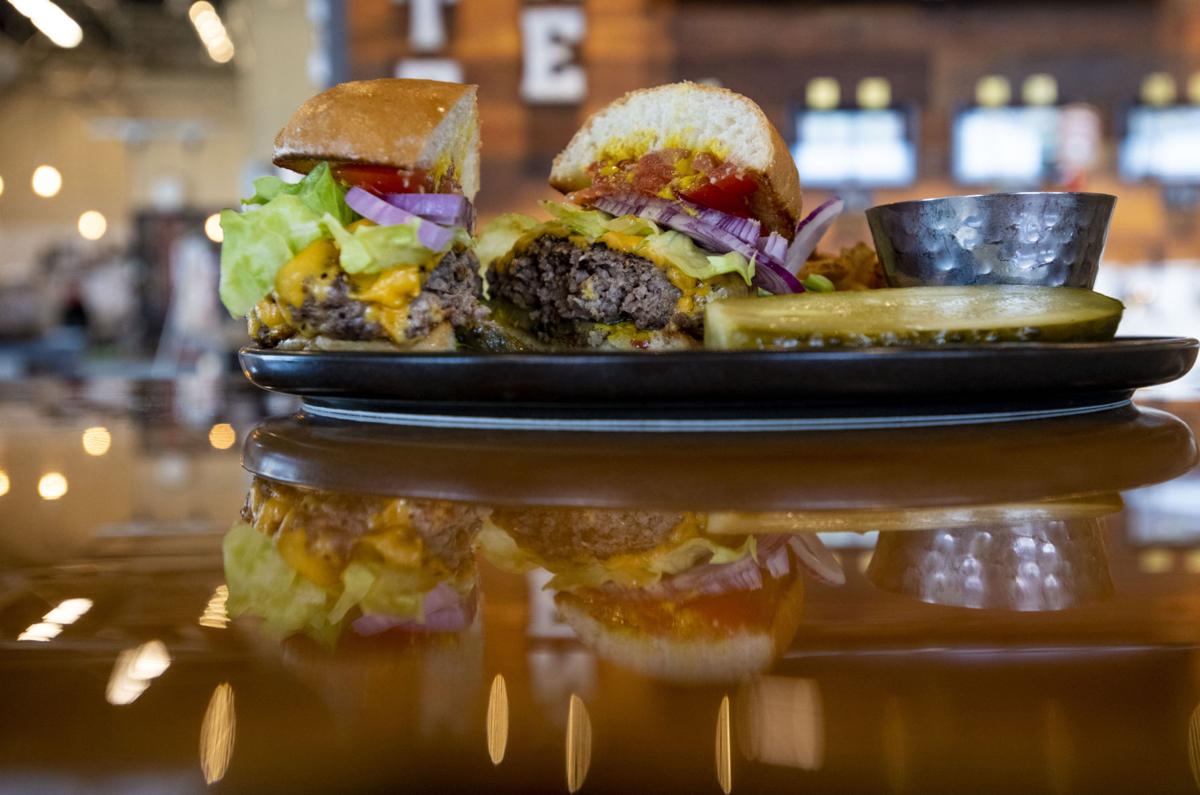 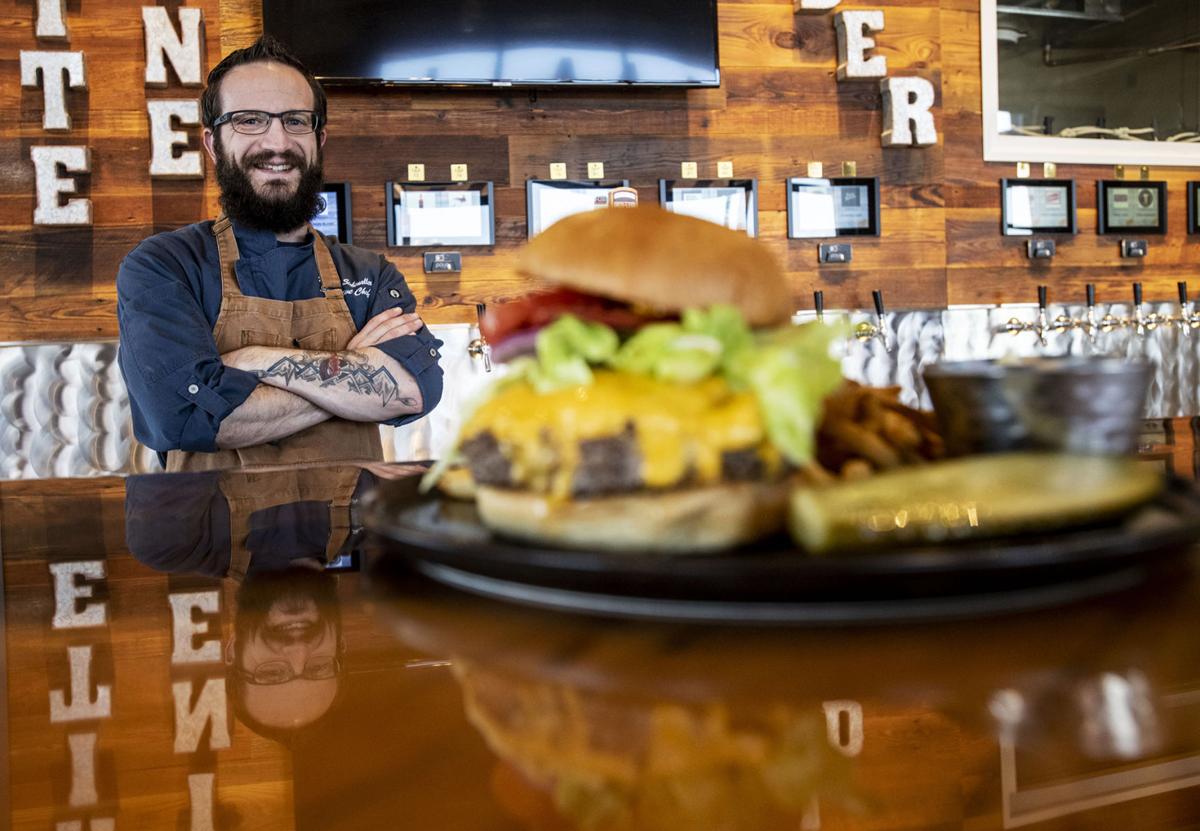 Noah Siebenaller, executive chef and general manager of Beasts & Brews, poses for a portrait with the Classic Burger at the restaurant in Colorado Springs this month. 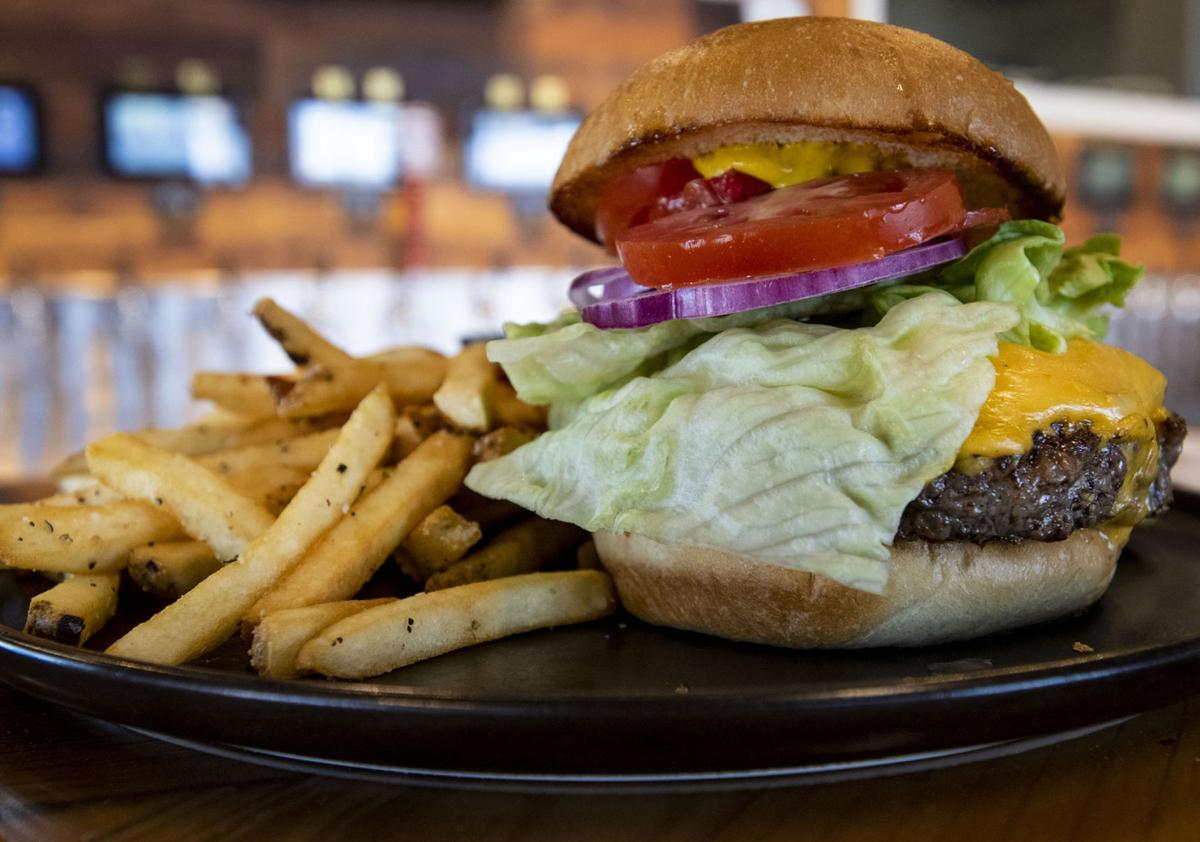 Classic Burger at Beasts & Brews in Colorado Springs on Tuesday, May 5, 2020. (Chancey Bush/ The Gazette) 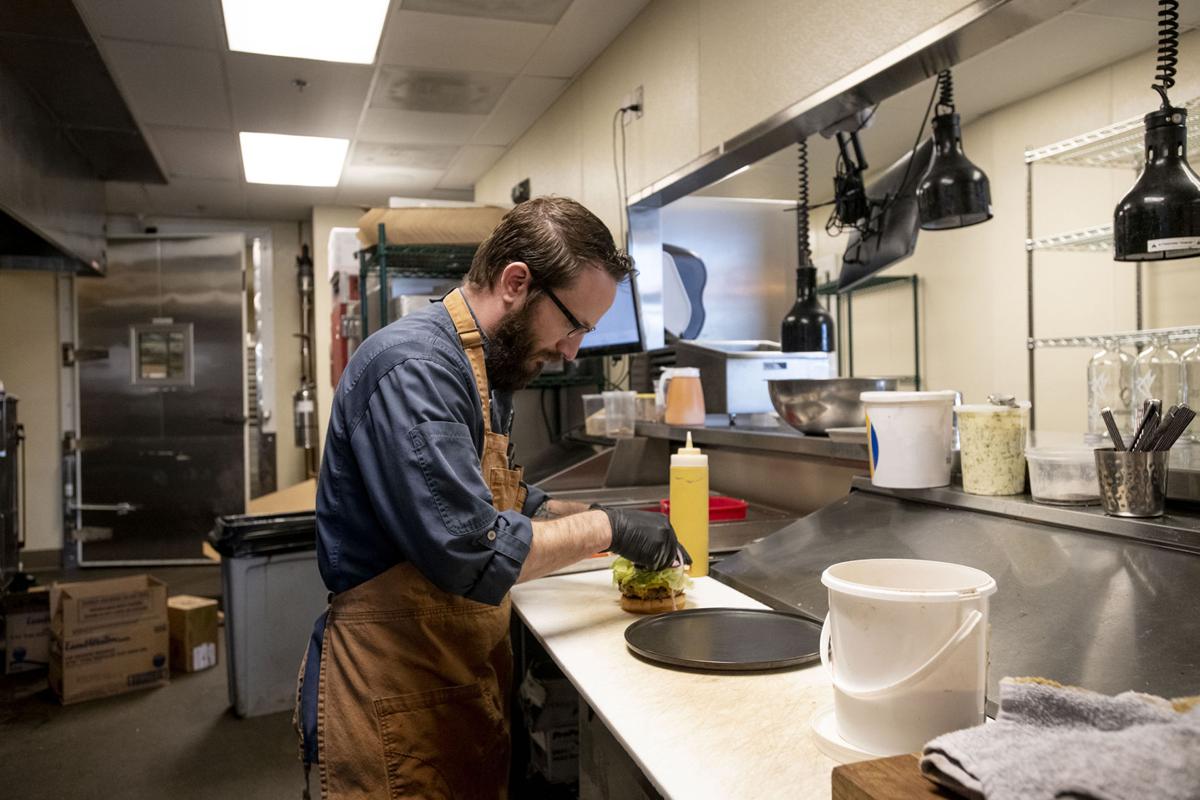 Noah Siebenaller, executive chef and general manager of Beasts & Brews, puts together a Classic Burger at the restaurant in Colorado Springs on Tuesday.

Noah Siebenaller, executive chef and general manager of Beasts & Brews, poses for a portrait with the Classic Burger at the restaurant in Colorado Springs this month.

Classic Burger at Beasts & Brews in Colorado Springs on Tuesday, May 5, 2020. (Chancey Bush/ The Gazette)

Noah Siebenaller, executive chef and general manager of Beasts & Brews, puts together a Classic Burger at the restaurant in Colorado Springs on Tuesday.

Coronavirus has changed a lot of things in our world, but it can’t take away the start of grilling season. And with Memorial Day growing near, it’s time clean off the patio, fire up the grill and serve some juicy, hot-off-the-barbie burgers.

What Colorado farmers markets will look like during COVID-19 pandemic

Before you light that grill, consider your meat purchase. All our burger experts agree on one thing: Ground beef for burgers should be 80 percent meat and 20 percent fat. But they have slightly different approaches to accomplishing the goal.

“A lot of people like to buy the leanest ground beef they can,” said Siebenaller, whose restaurant includes an extensive butcher shop open to the public. “Then they ‘doctor’ it up by adding ingredients like fat — butter or oil — and a ton of seasonings.”

MacDonald points out, however, that if meat comes from a USDA-inspected plant, “hamburger” can have fat scraps in it, while “ground beef” does not. Hamburger can come from miles away and often has been thawed for days. Meat handlers may add ammonia to the meat to kill the microbes.

“They do not even have to label it (ammonia) as an ingredient,” MacDonald said.

For that reason, although it’s more expensive, he recommends buying ground beef at a meat shop such as Siebenaller’s or looking for Ranch Foods Direct ground beef. The meat should always have at least 20 percent fat in it for better flavor.

“I look for a burger with enough heft to get a good sear — almost char — on the surface and still have a juicy interior,” she said. “I favor chuck or chuck and brisket for that reason.”

“Never use wet hands, as that will cause wet meat and it won’t crisp up when cooking,” he said. “Pack the patties loosely to allow for pockets to hold the juices.”

He puts the shaped patties in the freezer for about 15 minutes while he heats the grill. That way, the outside of the patty will be colder than the inside, which makes for more even cooking, he said.

As far as seasonings go, Siebenaller recommends the simplest seasoning possible: kosher salt, black pepper, granulated onion and granulated garlic, which he sprinkles on the burgers as they cook.

Charcoal is best. MacDonald — who is more than a little knowledgeable about how to get great results when cooking over glowing coals — says there’s nothing quite like the taste of a burger grilled over an open flame.

“I flip my burger frequently to allow the juices to flow through the meat and not subject one side to being overcooked,” he said.

“Gas grillers can achieve this by only turning one burner on and leaving the others off,” he said. “Place some wood chips designed for barbecuing in a foil pan and poke some holes in the bottom of the pan. Set the pan directly over the burner that is going. Cook the burgers just off to the side of the direct heat.”

Keep an eye on the internal temperature of the patties using a digital thermometer. When the burgers are about 20 degrees under the desired done temperature, MacDonald moves them to the direct heat. He showers them with a generous sprinkle of salt and paints them with vegetable oil to seal in the flavor.

“The result will be a nice salty taste on the outside, undertones of smoke in each bite, and a juicy center,” he said.

On these, our experts have their own preferences.

Jamison said, “I really like toasted brioche buns. The bun needs to be sturdy enough to hold everything but not be cardboard-y.”

And skip the mustard for her.

“I think mustard is awful on a burger,” she said. “I save it for hot dogs. I’m a fan of mayo, ketchup or barbecue sauce mixed together. I go for dill pickles, either on the burger or on the side. I love lettuce and tomato too, but only if the tomato is truly ripe. I’m appalled by the horrid out-of-season specimens often foisted on us by restaurants. Cheese and green chile are tops for me too. Just don’t let the toppings overwhelm the taste of the meat.”

Mustard is fine with MacDonald, who would also add mayo and onion — and bacon is a must. He cooks several strips on the grill alongside his burgers. For the bun, he’s not picky, but it has to be toasted and buttered.

Siebenaller agrees with MacDonald on traditional condiments and bun choice.

“Everyone tries to overdo with ‘fancy’ buns,” Siebenaller said. “The bun should be able to stand up to your burger without getting soggy and falling apart. My favorite is a potato bun. They support the juicy beef very well.”

Gently shape ground chuck into six burgers of equal size and thickness, each about ? inch thick. Season both sides of burgers with salt and pepper. With your thumb or the back of a spoon, make shallow indentation about an inch wide in center of each patty so centers are about 1 -inch thick. This will help the patties cook evenly and prevent them from puffing on the grill.

Brush cooking grates clean. Grill burgers over direct high heat, with the lid closed as much as possible, until cooked to medium doneness, 8-10 minutes, turning once. During last minute of grilling, top each burger with slice of cheese and toast buns over direct heat.

Serve cheeseburgers hot on toasted buns with lettuce leaf and slice of tomato, topped with a slice of bacon. Serve with ketchup and mustard, if desired.