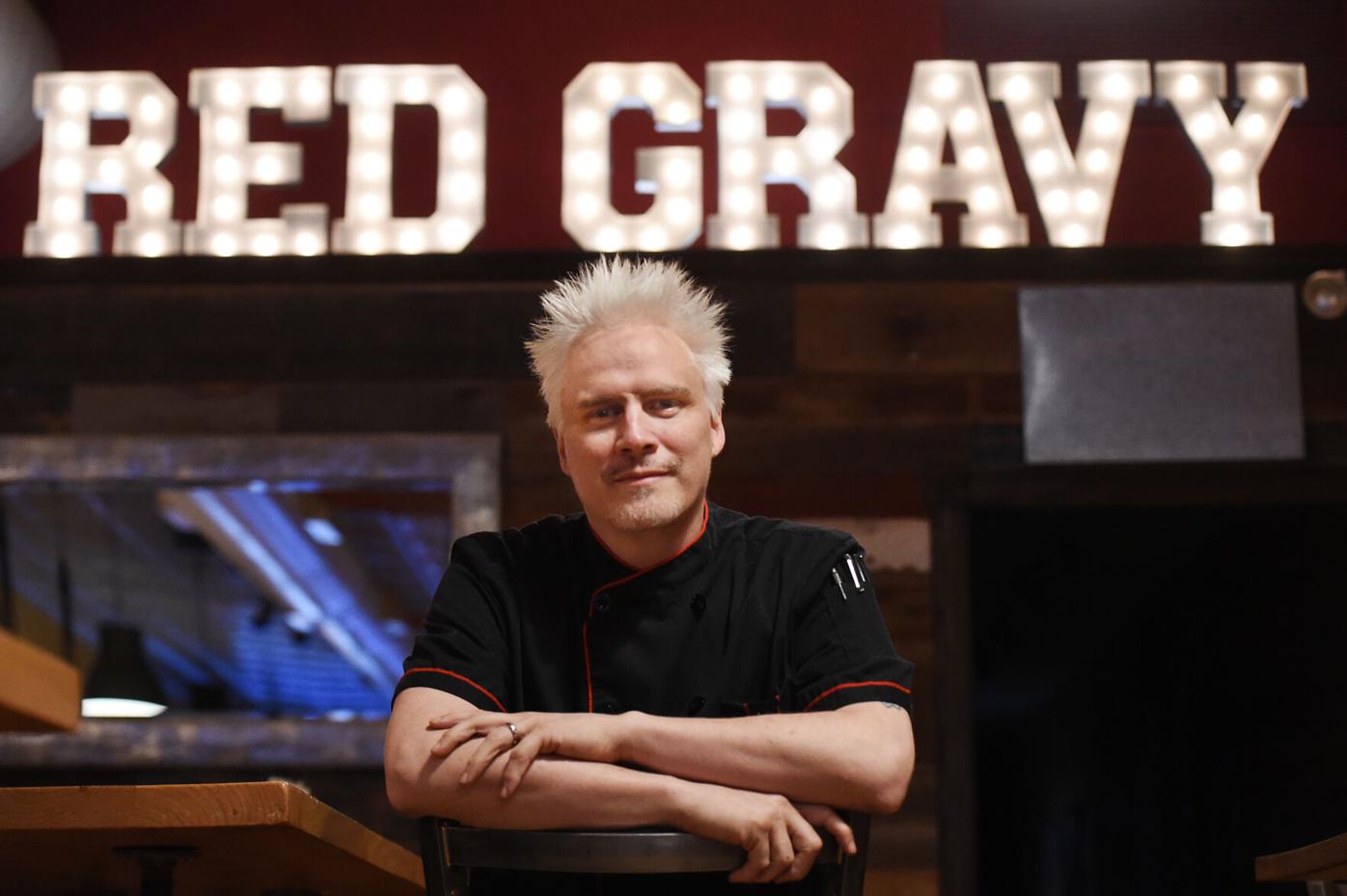 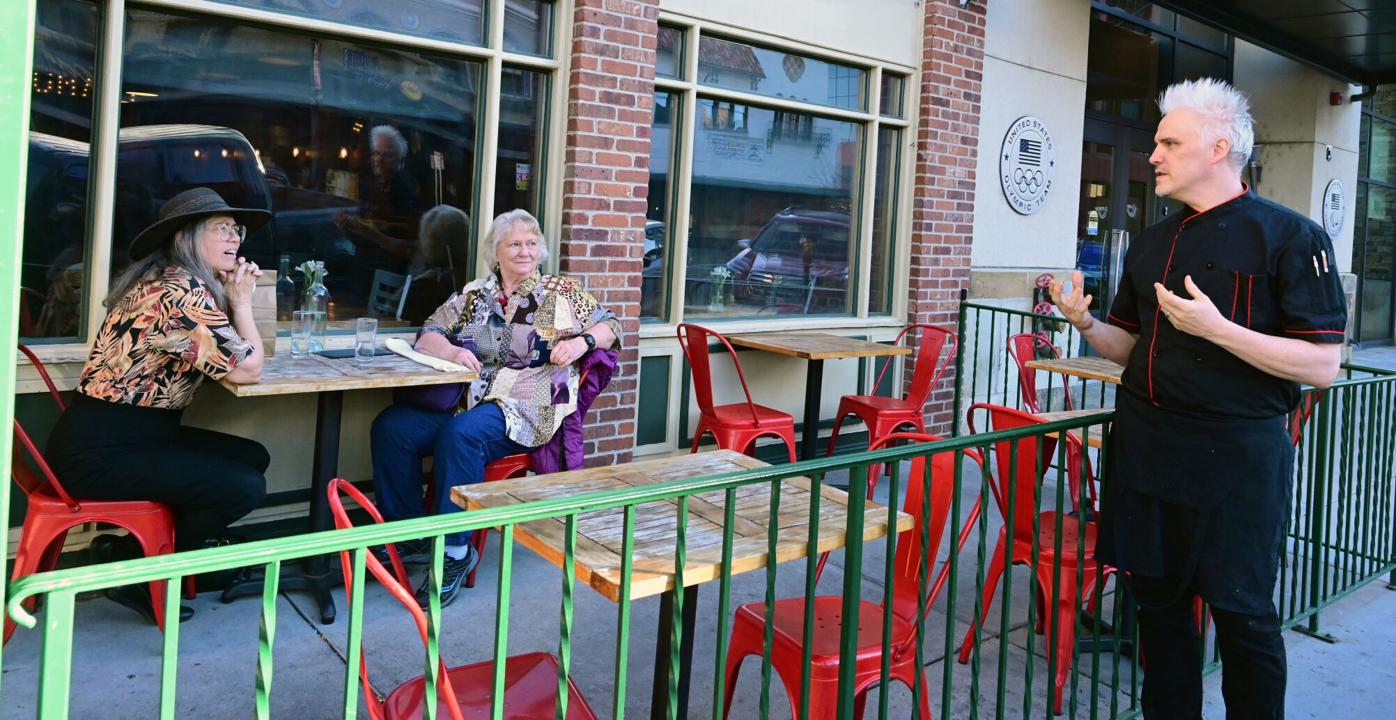 Red Gravy Chef Eric Bremer chats with customers who are fans of the St. Louis cuisine on Dec. 2. 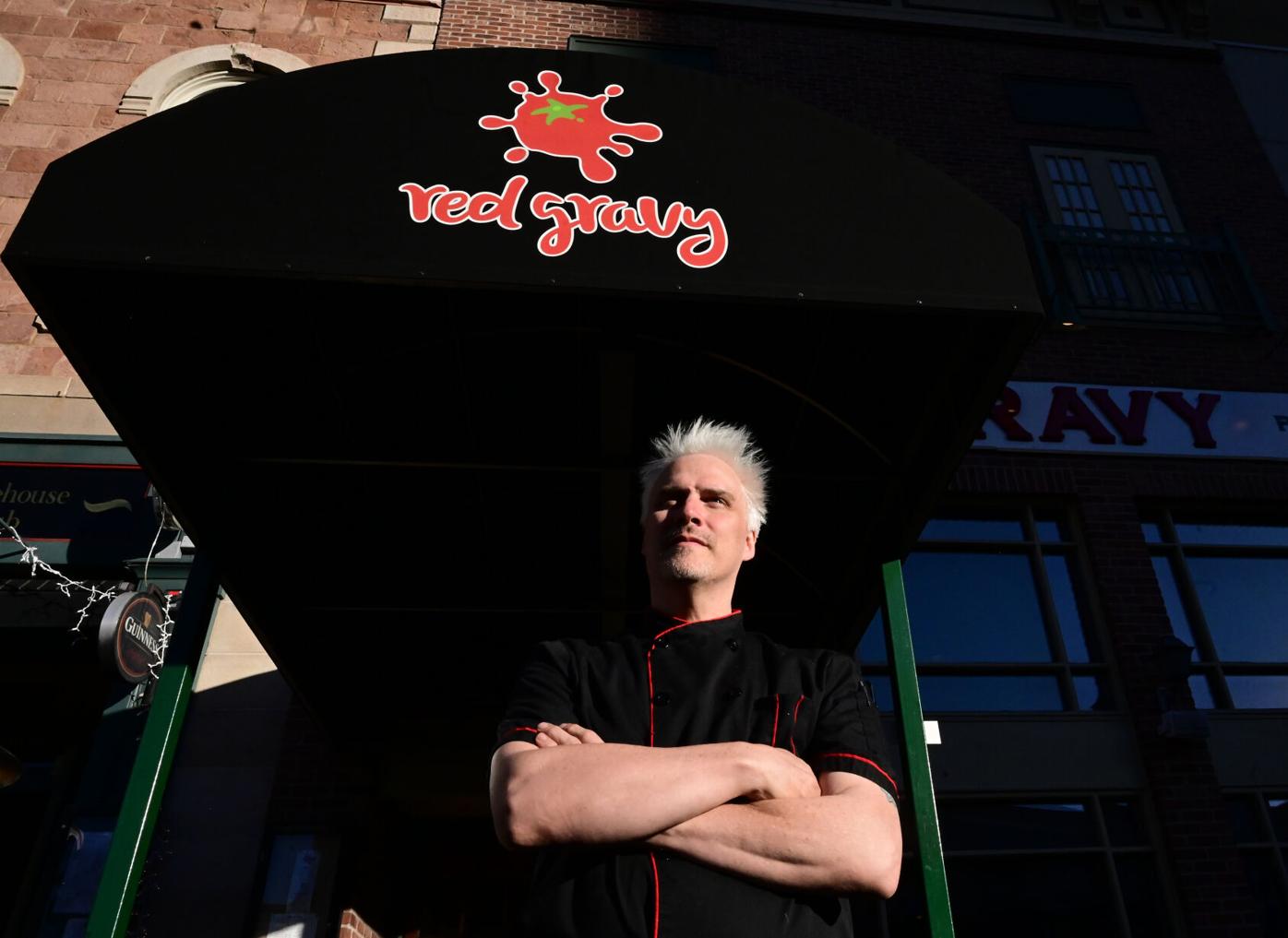 Red Gravy Chef Eric Bremer chats with customers who are fans of the St. Louis cuisine on Dec. 2.

Since he arrived in Colorado Springs in 2015, Eric Brenner has done more than turn his Red Gravy Italian Bistro into a downtown destination; the chef has initiated projects that have led him to become known for his strong commitment to the community.

But first, a little background. By the time he made his way to Colorado Springs, he had honed his skills working in eateries located in an area of St. Louis known as The Hill, a neighborhood of Italian immigrants dating back to 1890s. He had also amassed awards for his cooking — including “Up and Coming New Chef,” “Best Chef,” and multiple accolades for “Best French Restaurant” while chef at Chez Leon.

On top of that, he had won the Food Network’s 2014 season of “Guy’s Grocery Games,” was a professional musician with a touring band, and was a consultant for new food and restaurant businesses throughout Missouri and for the Isle of Capri Casinos’ 15 properties throughout the country.

Brenner credits his mom with his work ethic. He was born in St. Louis, the youngest of four, and raised by a hard-working single mom.

“My brothers and I were left with babysitters when young, and then as we all went off to school, we took care of each other,” Brenner said. “We grew up as free-range city children.”

Brenner started watching cooking shows at an early age, which sparked an interest in cooking.

“No one in our family could really cook,” he said. “Since we were left to our own devices and with little knowledge, I watched cooking shows on PBS. My sister bought me a wok and took me to the Asian market when I was about 10 years old. It opened my mind to all types of ingredients and flavors.”

By luck, music would play a huge role in the boy’s life.

“We all began playing musical instruments and filled our time learning, practicing and eventually had a band,” he said. “One brother played the guitar, another was on bass and I played the drums. Believe it or not, it kept us out of a lot of trouble. All we wanted to do was get together and jam. Our mother loved all the action and enjoyed the music. In reality, she admits, she loved knowing where we always were and what we were up to.”

His mother was always working.

“I have so much respect and love for my mother,” Brenner said. “She raised four children by herself in a time when working women did not have many opportunities. She was a bookkeeper for the St. Louis Country Club full-time and did all kinds of other jobs after hours and on weekends to keep us from feeling poor. Tupperware, Avon, Mary Kay, Amway – she worked them all after hours.”

As soon as the children could work, they were out there too.

“We got at it, wanting to help our mother, who was always exhausted,” he said.

At 14, Brenner started washing dishes at Favazza’s restaurant, and at 16, he learned to make pizzas there, eventually moving up to other stations on the line.

“My approach was to do my job if it was washing dishes and then if the salad cook didn’t show, I would offer to do both jobs until they found a new dishwasher,” he said. “I worked after school, on weekends, holidays and every minute I could earn and learn.”

In 1989 he went to Webster University in St. Louis where he majored in liberal arts. He was the first of his siblings and cousins to attend college and earn a degree.

He continued to work in the restaurant industry at various eateries in St. Louis for 10 years. Then his interests began to veer toward fine dining and becoming a chef after seeing a license plate.

“I remember dropping my mom off and picking her up at the St. Louis Country Club where she worked, and there was a Porsche and later a red Corvette with the license plate ‘Chef,’” he said. “I would see that gorgeous building, the amazing grounds of the golf course and polo stables, and the chef’s car, and thought being a chef could be my way up in the world.”

He asked his mom to help him get an apprenticeship with the club’s chef, Gerald Schaller.

“It required me to quit playing music, start culinary school, and devote all my energy to reading books and immersing myself in the culinary world,” he said.

He trained with Schaller from 1997-99 and attended the St. Louis Community College at Forest Park where he earned an associate of applied science diploma in Culinary Arts and Restaurant Management in 2001.

Now, with Red Gravy Italian Bistro he is trying to run a small business like he learned from his roots in St. Louis.

“It’s like Favazza’s,” he said. “I think about Tony (Favazza) and chef Schaller almost daily,” Brenner said. “I’m still in touch with them all.”

Becoming part of the community

Brenner doesn’t just jump into his work, he becomes part of the community.

For instance, he became a member of the Greater Downtown Colorado Springs Business Improvement District, one of four separate but related boards that serve downtown.

Last year, during the early days of COVID-19 shutdown, he helped pair local restaurants in a meal delivery system he organized for health care providers at several of the hospitals to ensure the staff were fed while caring for the multitude of patients. This also helped restaurateurs keep their employees on staff and working. It was called Meals that Heal. He also spearheaded a project for downtown eateries to take advantage of outside dining when eateries were allowed to start serving customers. He and staff of the Downtown Partnership lobbied city managers so that part of Tejon Street could be closed to allow for street dining on weekends. Downtown Partnership obtained various permits and coordinated the building of parklets for restaurants to expand seating outside.

Colorado Springs teachers can get resources for classroom gardening education

All this has caused Brenner to have an unofficial fan club.

“Since the very moment that restaurants were forced to close in the pandemic, Eric was innovating – devising in-house delivery methods, creating family-pack meals, supporting efforts to expand outdoor dining and more,” said Susan Edmondson, president & CEO for Downtown Partnership. “Eric also has a huge heart and sense of community. Even in the darkest days of the pandemic and concern for his own restaurant’s future, he began providing meals to hospital workers and has kept that up all these months later. His commitment and care is genuine.”

Bob and Terri Jack were so impressed with Brenner that they became silent partners of Red Gravy in January 2019 after learning the majority partner was pulling out.

“While the food and ambience of Red Gravy impressed us, it was Eric’s energy, creativity and social conscience that inspired us to join the partnership,” the couple said in an email. “His concern for his staff and his team philosophy, treating kitchen and front restaurant folks with equal attention and recognition, reminded us of a captain running a ship. … When inside dining was restricted and first responders and hospital teams came under pressure, Eric quickly came up with a plan to feed those teams and keep staff employed as much as possible. All this whilst being a personal caregiver for his beautiful wife fighting MS.”

Yvette Maher is a regular customer at Red Gravy and another fan of Brenner’s.

“2020 had its share of devastating loss, but it also brought out the best in many of our community leaders,” she said. “The quote ‘Necessity is the mother of invention’ comes to mind, and Chef Eric Brenner leads the pack on this concept. … To describe Chef Eric, you must use words like tireless, generous, innovative, selfless and hopeful.”

Q & A WITH ERIC BRENNER

Q & A WITH ERIC BRENNER

Q: Ten words to describe you?

Q: Proudest moment as a chef?

A: Hosting my mother’s 75th birthday at my own restaurant, inviting our extended family, all her oldest friends, my chef/mentor from the County Club which my mother and I both worked at, and watching them all eat, drink and dance (my brothers and I set up equipment in our lounge and reunited the old family band).

Q: One food you detest?

A: Processed food of all categories

Q: One food you can't live without?

Q: Most embarrassing moment in the kitchen?

A: Teaching a cook how to properly flip fish away from you in a skillet by tilting the pan so the fish doesn’t splash oil, and then dropping the fish in the oil and badly burning my hand.

As a chef, Eric Ripert; as a writer/TV personality, Anthony Bourdain; as an inspiration to what we can accomplish as chefs, Jose Andres

A: That we must cook “for people” not “at people.” It is our job to provide what our guests want to eat, not what we want to cook for them. I struggle with this all the time even though I know it to be an absolute truth.

A: While New Orleans comes to mind for having a unique and specific cuisine, I’d have to say for variety and quality, New York City. However, Chicago or San Francisco are both equally as impressive.

A: Lamb kidneys in Paris

Q: You're making an omelet. What's in it?

A: Home with my wife and two golden retrievers

Q: Favorite restaurant other than your own?

A: Locally, The Warehouse.

Another pizza and Italian restaurant opens in Colorado Springs