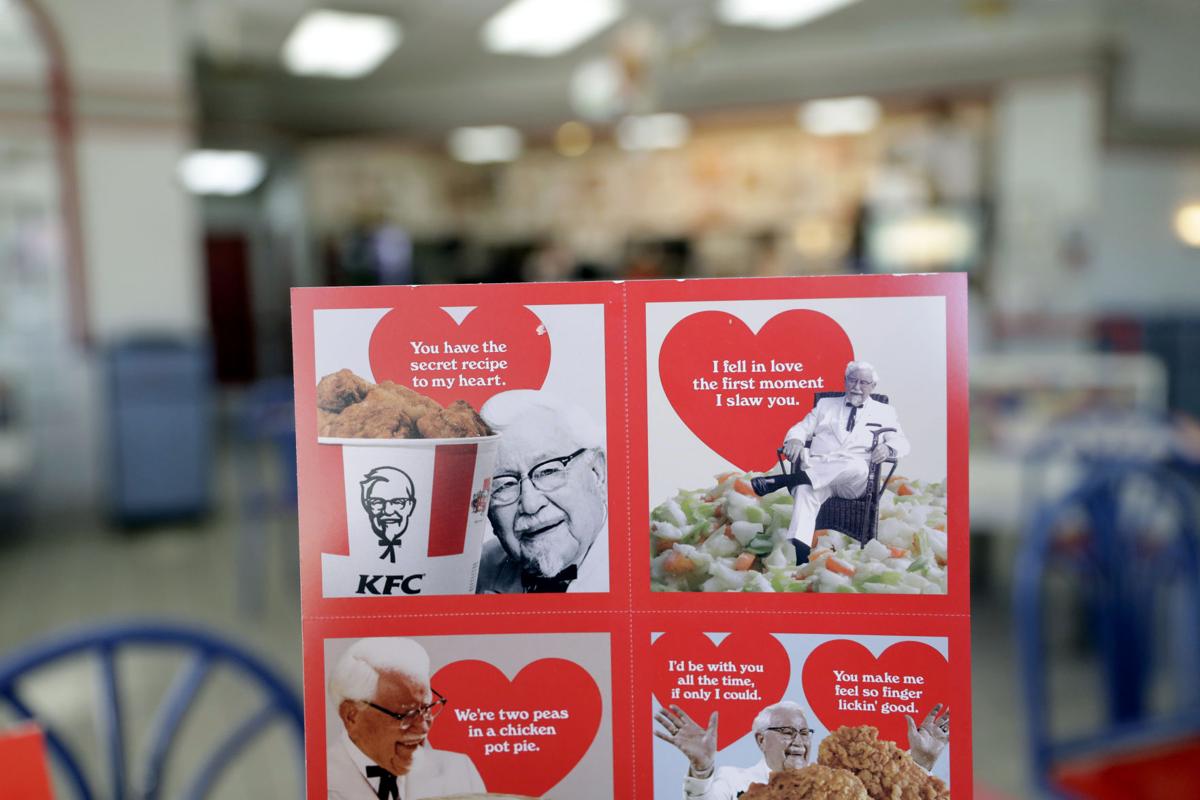 Valentine's Day scratch-and-sniff cards, which give off a fried chicken aroma, are seen at a KFC, Tuesday, Feb. 13, 2018, in Santa Clara, Calif. In an attempt to capture a bit of the $3.7 billion that the National Retail Federation expects Americans to spend on a night out for the holiday, KFC is handing out the cards to diners who buy its $10 Chicken Share meals or a bucket full of Popcorn Nuggets. (AP Photo/Marcio Jose Sanchez) 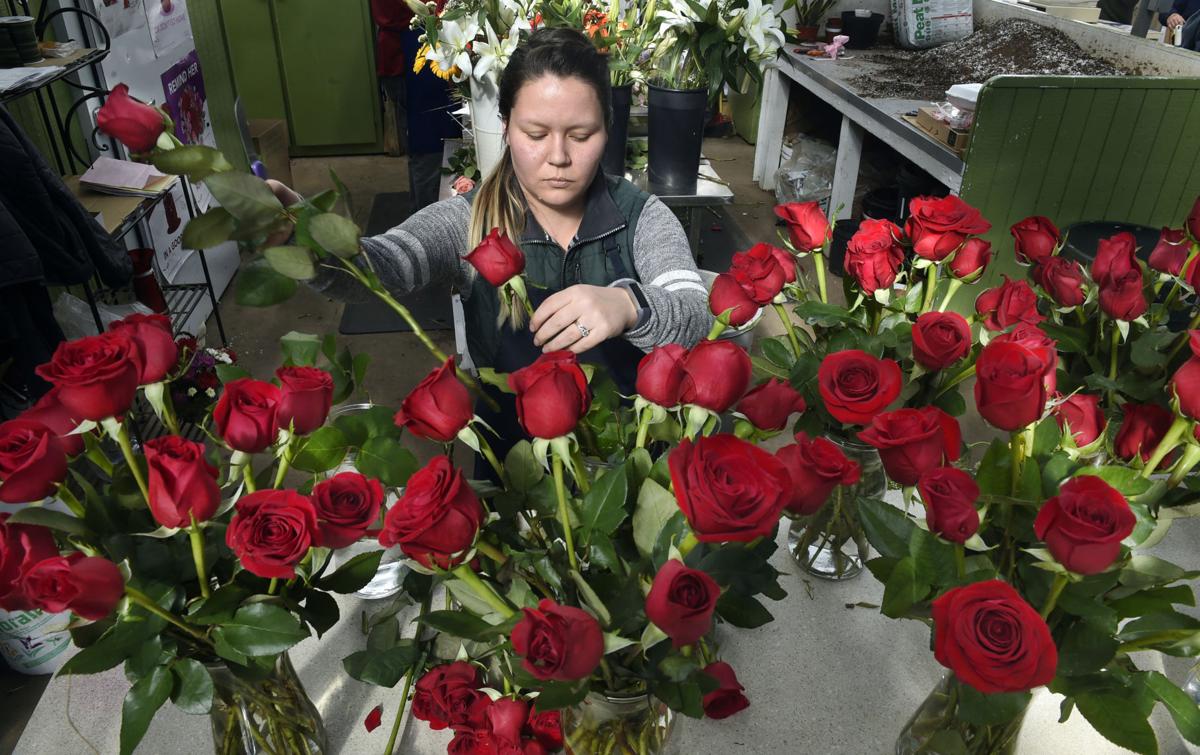 Valentine's Day scratch-and-sniff cards, which give off a fried chicken aroma, are seen at a KFC, Tuesday, Feb. 13, 2018, in Santa Clara, Calif. In an attempt to capture a bit of the $3.7 billion that the National Retail Federation expects Americans to spend on a night out for the holiday, KFC is handing out the cards to diners who buy its $10 Chicken Share meals or a bucket full of Popcorn Nuggets. (AP Photo/Marcio Jose Sanchez)

Valentine’s Day is a scam. It’s a made-up holiday designed to get the candy and card companies through the rough period between Christmas and Easter.

That’s right, I said it.

You might have heard something like this before and thought to yourself, “Sounds like the Valentine’s Day Grinch didn’t get a card this year.” The mixing of holidays aside, this annual event where the lovesick profess their affection stands on shaky ground. While you could technically make an argument that several holidays are made up, Valentine’s Day comes off as the most egregiously commercial.

That heart-shaped box of gamble chocolates? Those white and pink antacids with suggestive words on them? Overpriced roses? The mall jewelry store with a “special” Valentine’s Day set? Just a clever excuse by multiple corporations all trying to persuade you to buy something you never would if you didn’t feel the pressure of the season.

After all, you don’t truly love someone unless you buy them marked-up flowers or jewelry, chocolate-covered fruit, a personalized love letter laser-engraved in a heart-shaped piece of glass, a pink teddy bear that will quickly disappear in a closet, or a random star you’ve renamed after a loved one. Or that’s what you’re led to believe.

The true history of Valentine’s Day makes it an event not worth celebrating.

The American commercialization of Valentine’s Day as we know it has some roots in Colorado. Russell and Clara Stover started their business in a Denver kitchen in 1923 and a Stover’s factory still operates in Montrose. Russell Stover’s would go on to sell heart-shaped boxes to department stores and would eventually become the No. 1 boxed-chocolate company in the United States. Valentine’s Day is Russell Stover’s biggest seasonal sales period.

The commercialization of Valentine’s Day started even earlier than that, however. In 1894, Milton Hershey started selling tear-drop-shaped Kisses, named after the smooching noise they made while being manufactured.

In 1861, Richard Cadbury, inspired by Victorians’ affinity for giving each other cards and gifts on Valentine’s Day, came up with the ingenious idea of putting Cupid on boxes of chocolate.

Chocolates, hearts and flowers are nice, but Valentine’s Day also has an origin story more worthy of Dante Alighieri’s “Inferno” than host Chris Harrison’s “The Bachelor.”

As a rather interesting legend goes, there was a medieval priest named Valentinus and a third-century bishop also named Valentinus. Both were beheaded and would become martyrs through stories told through hundreds of years.

It would take Geoffrey “Canterbury Tales” Chaucer (1343-1400) to turn the Valentinus tale into something romantic nearly a thousand years later. In his “Parlement of Foules,” Chaucer dedicated the February feast of St. Valentinus to the mating of birds.

According to one source, Chaucer seemed to believe that English birds paired off to produce eggs in February. From there, European nobility and later even William Shakespeare began to associate Valentine’s Day with objects of affection.

Of course, when we look at Valentine’s Day in 2020, we view it through a different lens. Today this holiday has turned into a celebration of romanticized schlock and a deluge of price gouging. Or worse, it makes some people believe they should only show affection for a loved one just once a year.

No one is thinking of beheaded religious figures when picking up lingerie or making dinner reservations. However, knowing the basis for this celebration of love may have you rethinking its value.

Let other people celebrate Valentine’s Day if they want — quality time with loved ones is important after all. Just don’t feel like a Grinch if you don’t partake. History is on your side.

Love is in the Air

In Loveland, the heart of Valentine's Day means mailing cards