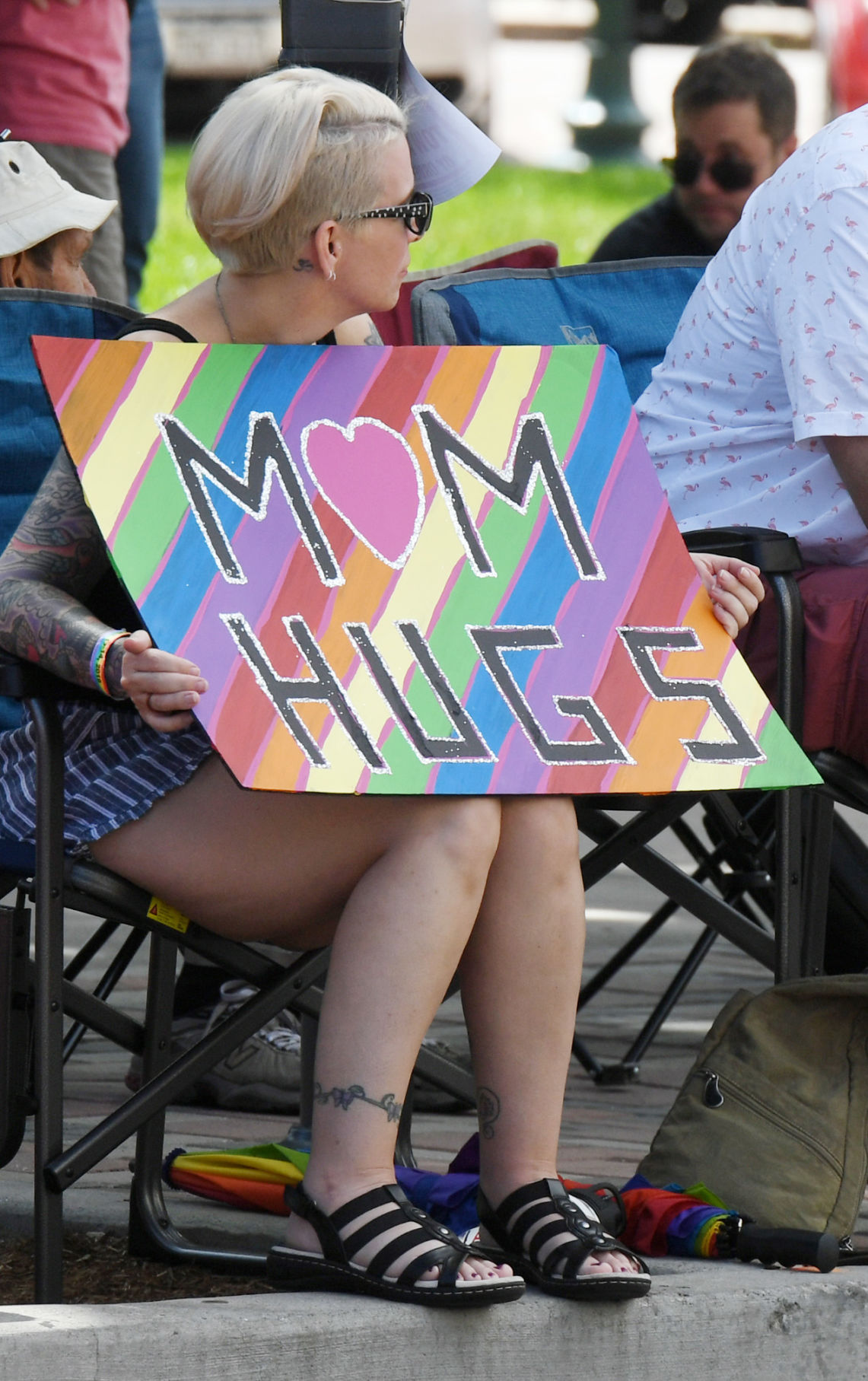 The annual PrideFest Parade was held in downtown Colorado Springs on Sunday, July 14, 2019. The parade ended at America the Beautiful Park where the two-day PrideFest was held. (Photo by Jerilee Bennett, The Gazette) 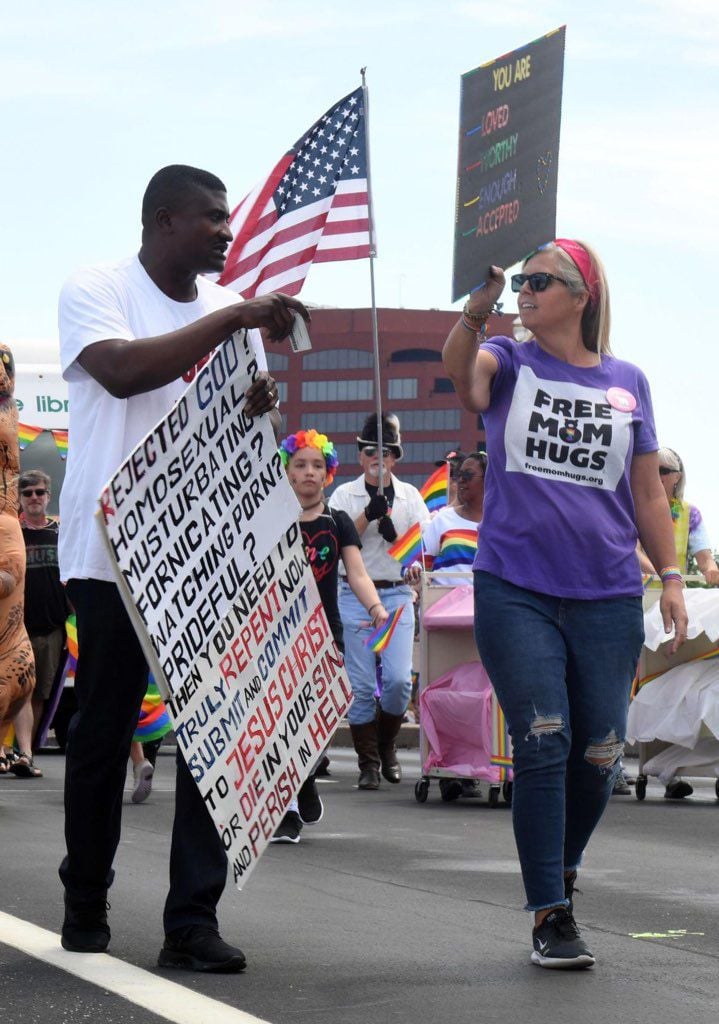 The annual PrideFest Parade was held in downtown Colorado Springs on Sunday, July 14, 2019. The parade ended at America the Beautiful Park where the two-day PrideFest was held. (Photo by Jerilee Bennett, The Gazette)

Tiffany Herbert has always been “Mama Herbert” to whoever needed her.

Her three children. Their friends and classmates.

“My kids’ friends knew they could come to me with anything,” Herbert, of Falcon, said. “My kids know I will love them and accept them through anything. Their friends know that too.”

That’s why, when she was scrolling on Facebook last spring, something clicked. It was an article about Sara Cunningham, who founded Free Mom Hugs, an activist group that “advocates for equality for the LGBT community by providing resources, education, and support,” according to its website.

“I was just inspired by what she had started,” Herbert said. “It resonated with me.”

Herbert read about the Oklahoma woman’s journey after her son, Parker, told her, “Mom I’ve met someone, and I need you to be OK about it.”

Cunningham writes about what happened next on the Free Mom Hugs website, saying, “I didn’t take the news very well and I said and did some things I regret even to this day.”

Soon, her “journey went from the church to the local pride parade wearing a homemade button and offering Free Mom Hugs or high-fives.”

Herbert wasn’t the only one reading Cunningham’s story. It went viral, specifically after Cunningham offered to stand in “as mom” at same-sex weddings.

“If you need a mom to attend your same sex wedding because your biological mom won’t, call me. I’m there,” Cunningham wrote on Facebook. “I’ll be your biggest fan. I’ll even bring the bubbles.”

Cunningham started Free Mom Hugs in 2014. It now has chapters in 48 states.

Herbert joined the Colorado group immediately after learning about it.

“I had seen that story play out so many times, in families’ lives,” she said.

“When my own children were going through high school, so many of their friends didn’t have good relationships with their parents after they came out to them.”

She offered to be “Mama Herbert” to those kids.

“With Free Mom Hugs, that was their role — to be a mom or second mom,” Herbert said. “I wanted to be a part of it.”

Herbert and hundreds of members around the state are on stand-by to offer support and love to the LGBTQ community.

The simplest way they do that? Giving out hugs.

At one event, she says she hugged at least 500 people.

“The hugs were wonderful and devastating and powerful,” she said.

“Some of these children, whether they are teenagers or 50-year-old men, have been so rejected by their parents because of who they are, they just need love. And I love them.”

Some hugs last five seconds and some go on for 10 minutes. Some people just want a fist bump.

One of the longer embraces happened at the Pride parade in Greeley with a man who was just driving by.

“He got out of his truck and asked, ‘Can I have a hug?’” Herbert recalled.

He asked for a picture with Herbert and her husband and told them he didn’t have any kind of relationship with his parents. And he asked, “Will you be my parents now?”

“It’s so uplifting because you know you touched someone’s life and they touched yours so much more,” she said. “You know you made an impact.”

Pride parades and festivities around Colorado, and the world, will look different this year. But members of Free Mom Hugs will still be doing their thing.

“We can’t really give out hugs this year,” Herbert said. “We’re still here for whoever needs us.”

They also, like Cunningham did years ago, stand in at weddings, graduation ceremonies and proms, which can happen virtually too.

“If kids need moms in their life, they can reach out to our group,” Herbert said.

As for Herbert, she’s “glued to” her sewing machine making masks to donate to organizations like Inside Out Youth Services, the Colorado-Springs based nonprofit supporting LGBTQ youths.

“That’s my only way of hugging this year because of the pandemic,” Herbert said. “It’s a way to show my love.”

Americana singer Drew Holcomb has performed a concert from his kitchen almost every night since he started quarantining.