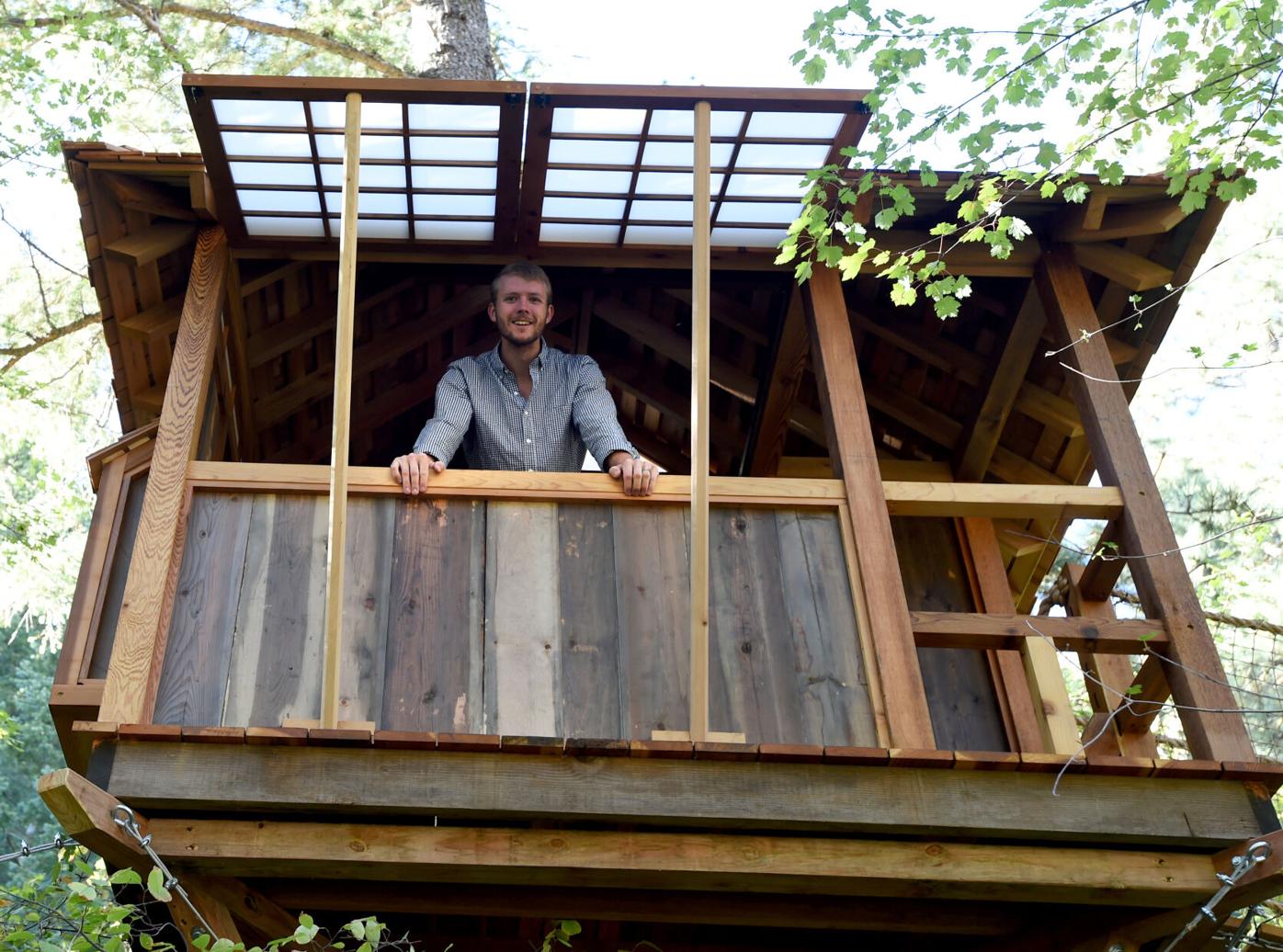 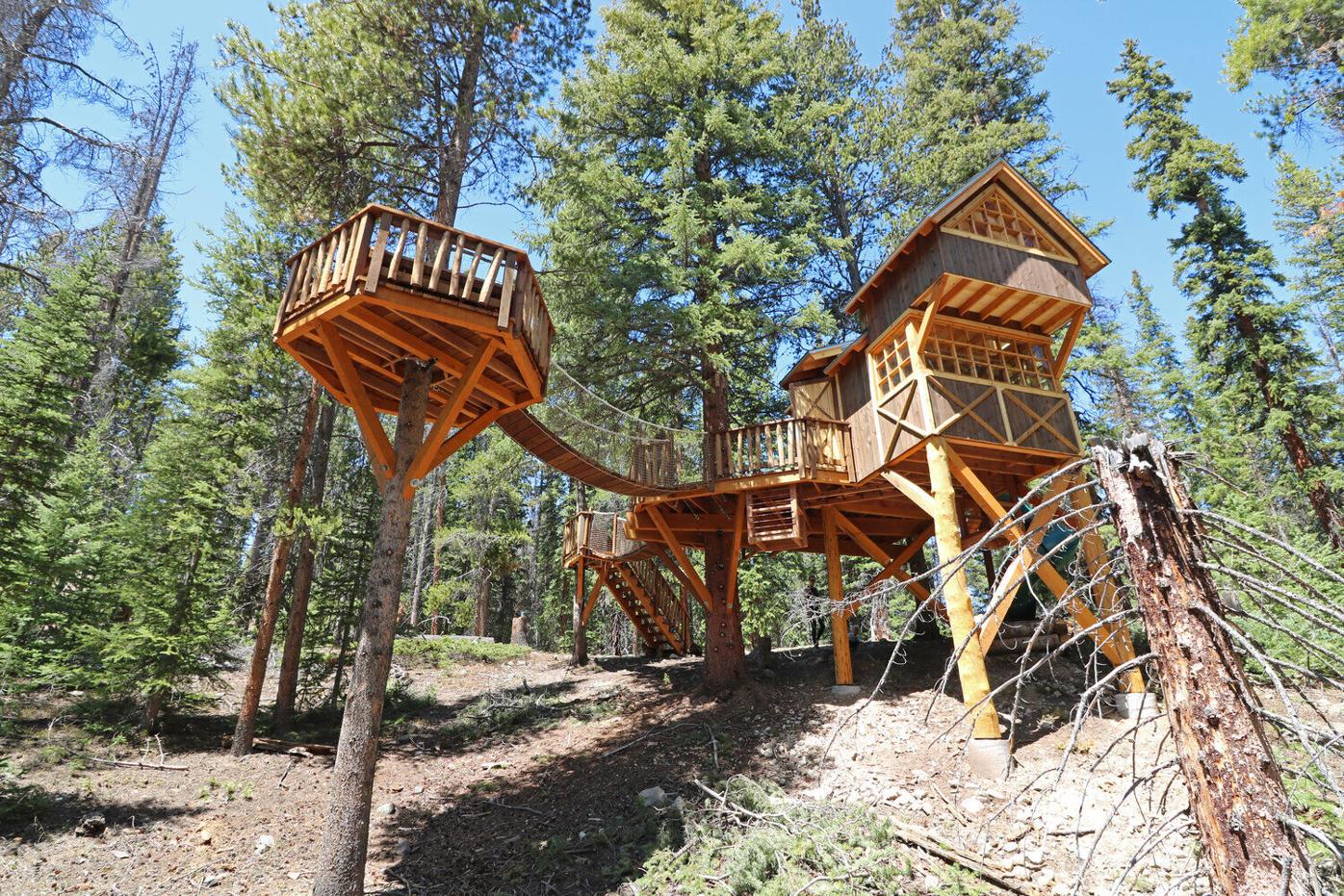 This treehouse in Breckenridge is one of Treecraft’s biggest projects so far. 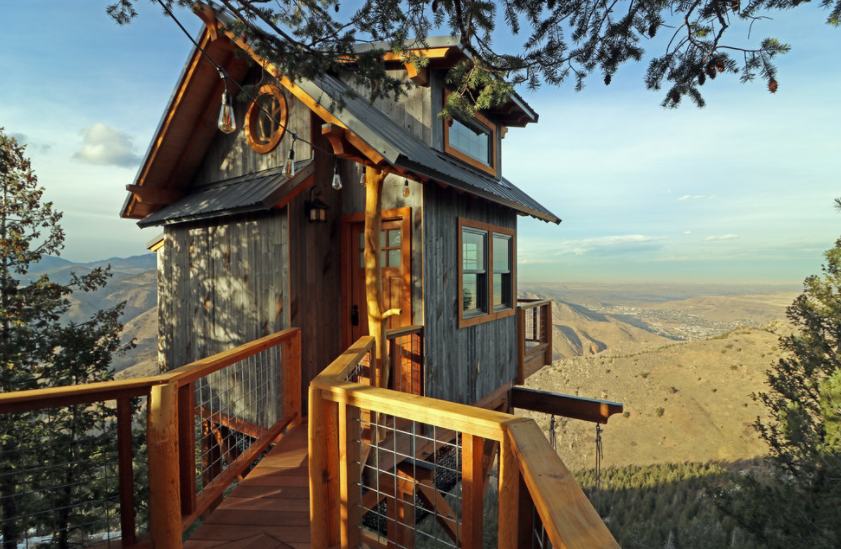 One of Aaron Smith’s creations is The Lookout Mountain House in Golden. 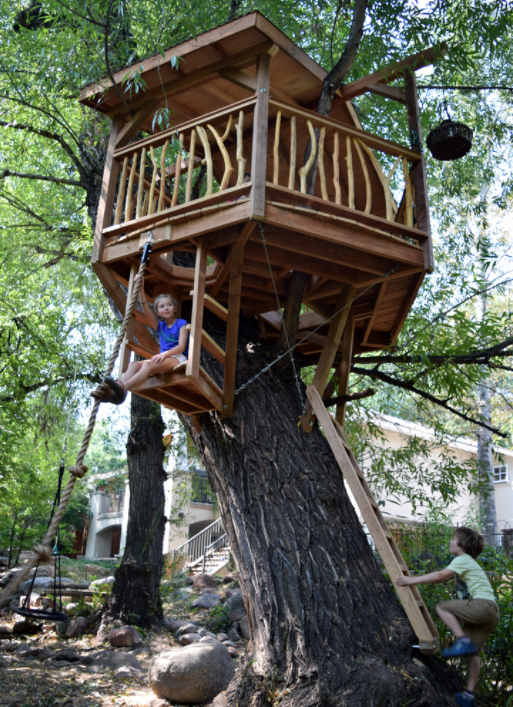 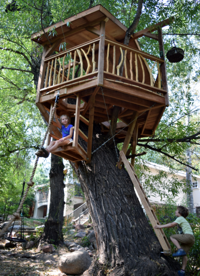 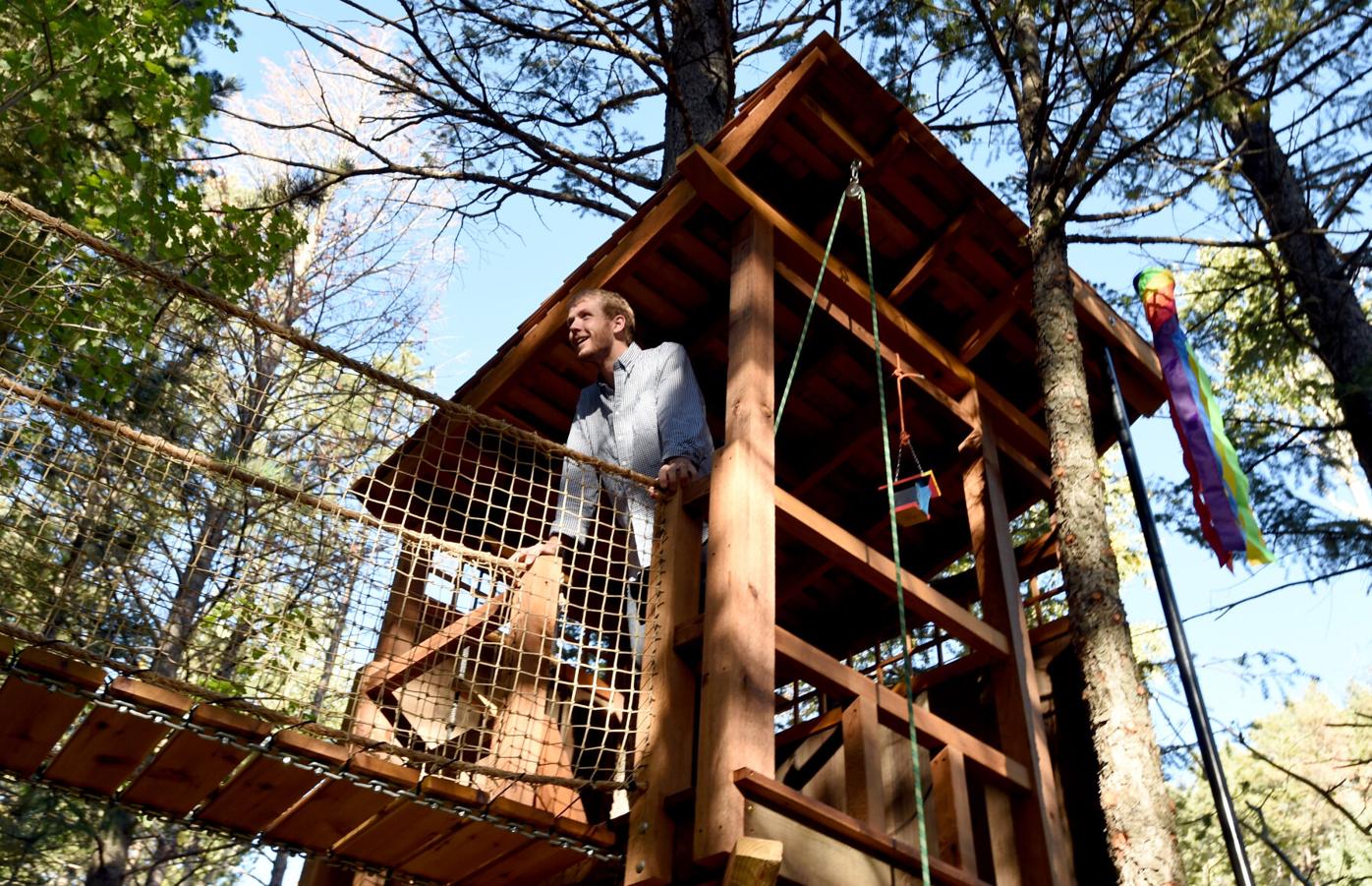 Aaron Smith is the founder of Treecraft, a custom treehouse design-build business based in Fort Collins. 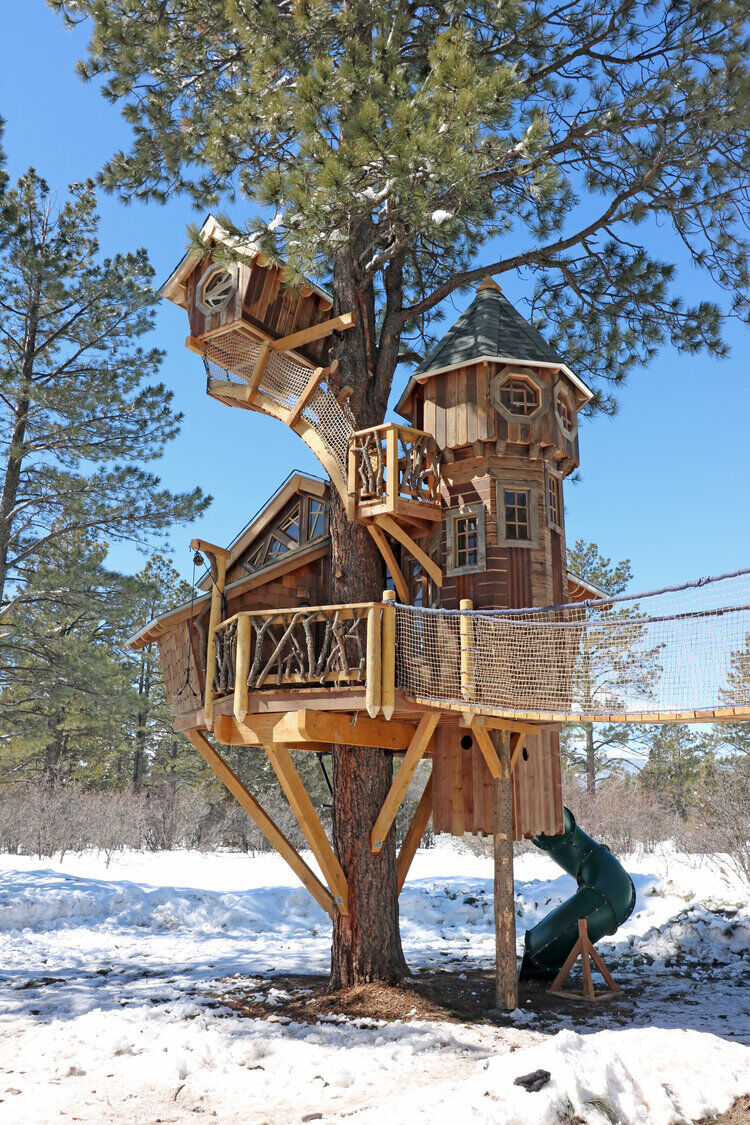 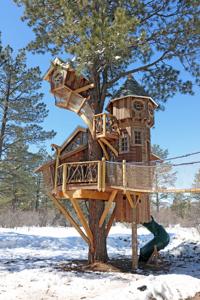 This treehouse in Pagosa Springs is one of Aaron Smith’s show-stopping builds. 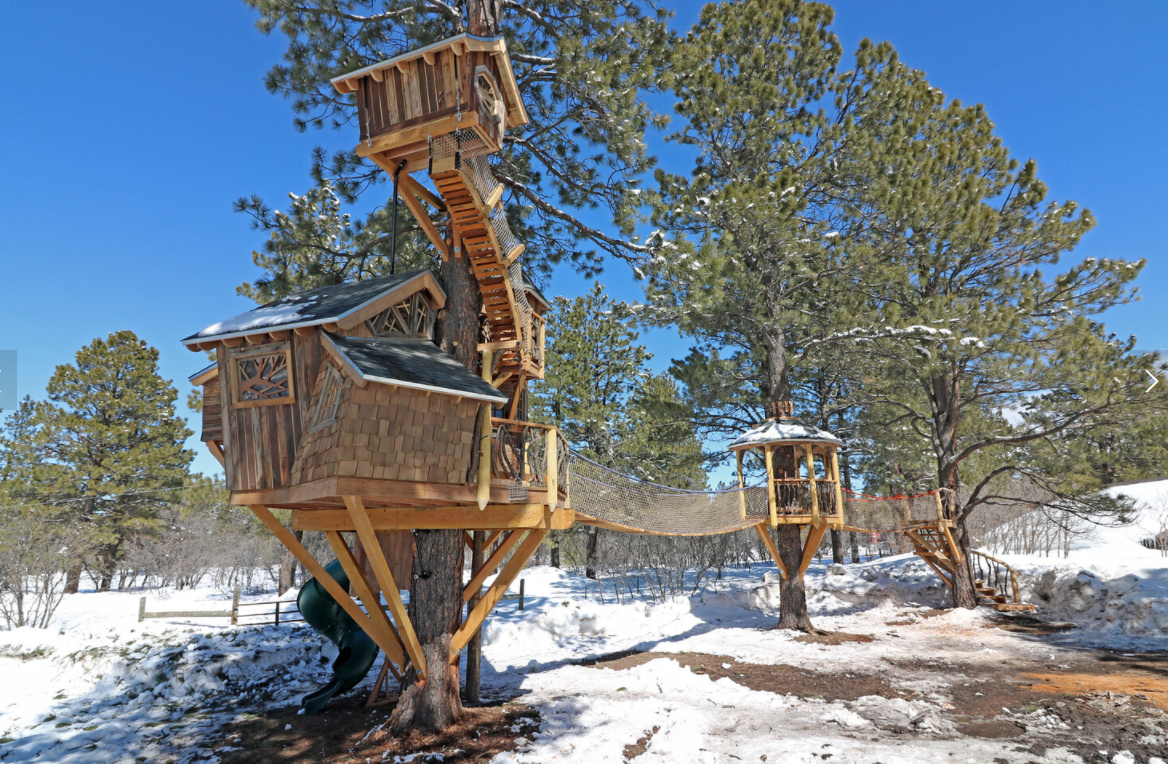 This sprawling treehouse in Pagosa Springs comes with all sorts of fun details. 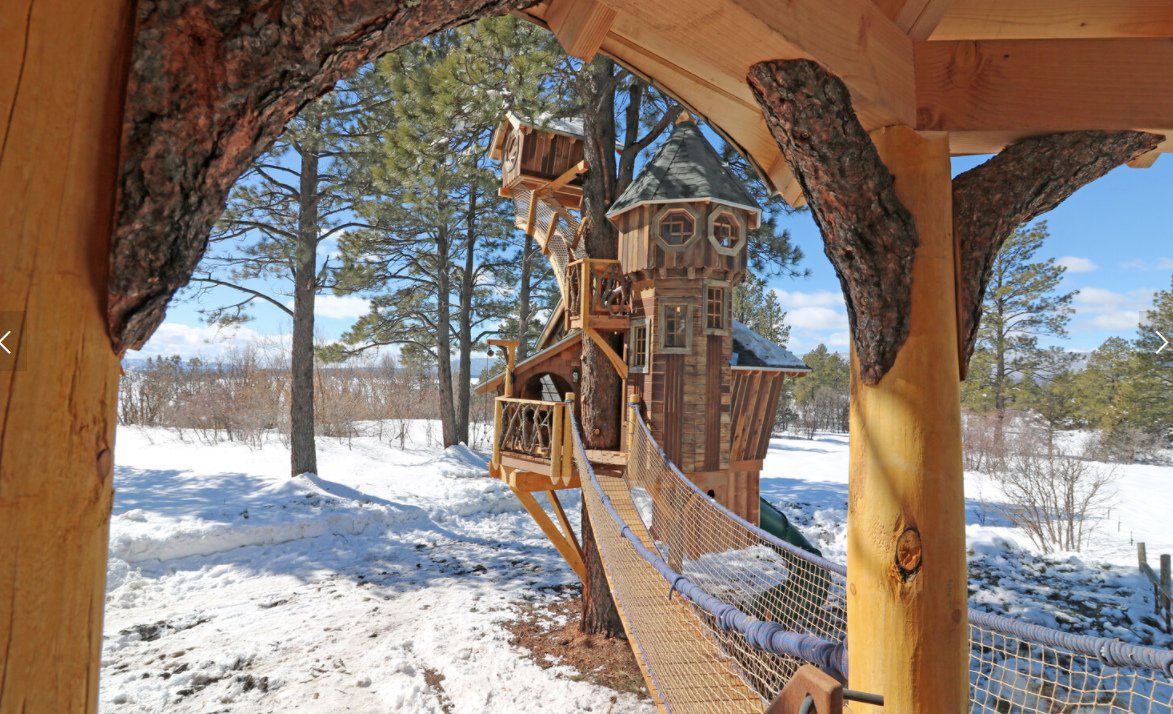 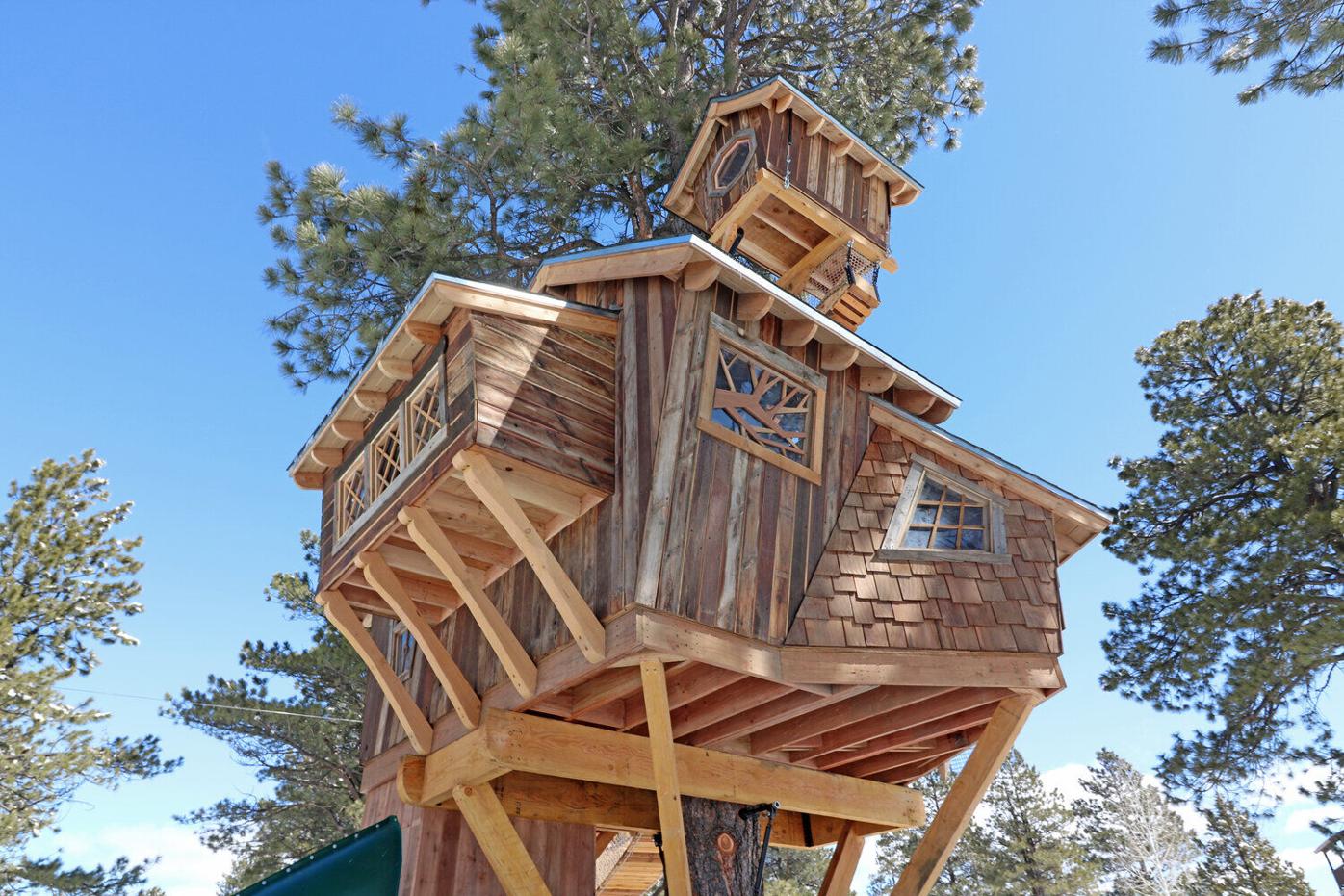 This treehouse in Pagosa Springs comes with all sorts of intricate details. 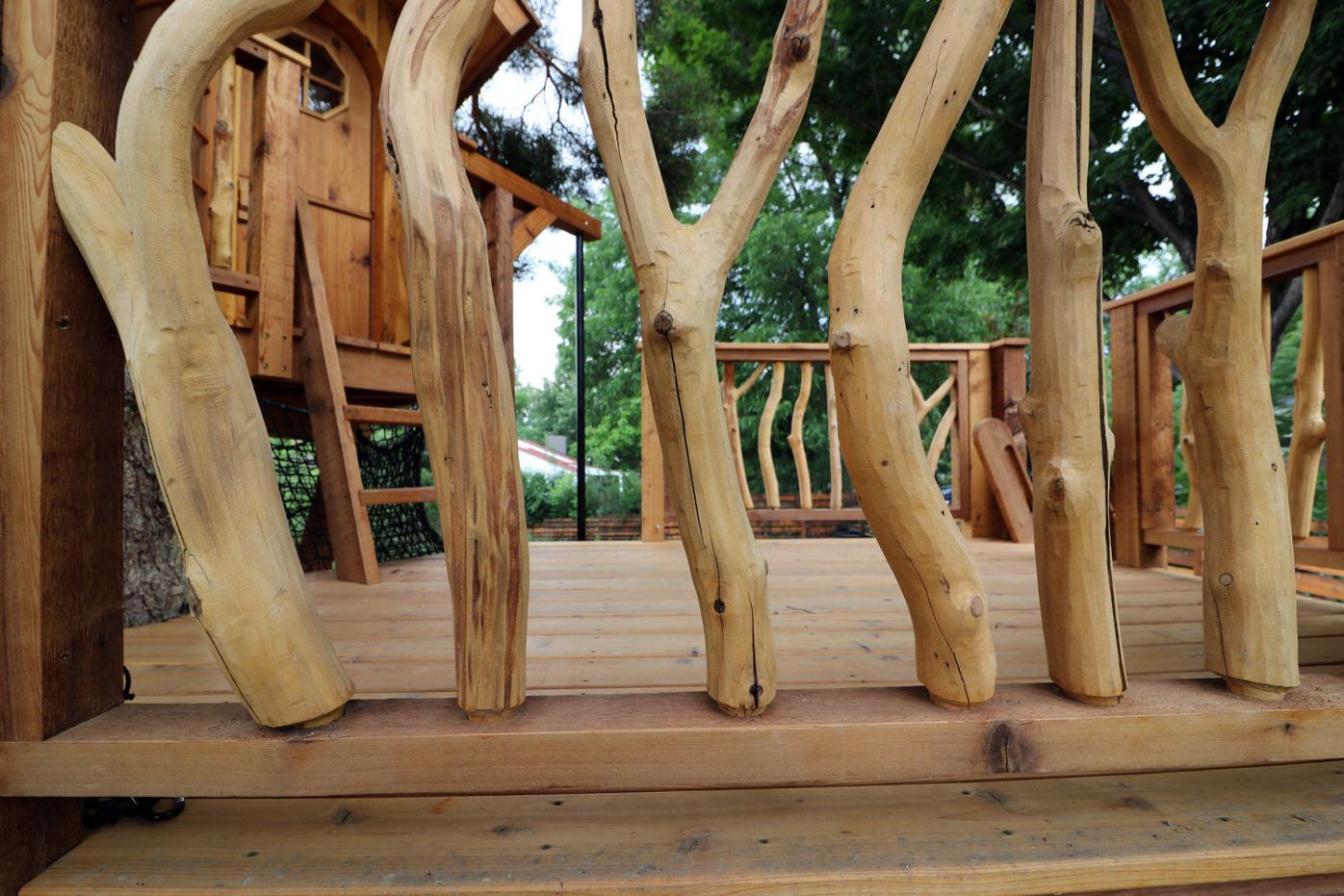 Treecraft builds treehouses of all sizes for clients all over Colorado.

This treehouse in Breckenridge is one of Treecraft’s biggest projects so far.

One of Aaron Smith’s creations is The Lookout Mountain House in Golden.

Aaron Smith is the founder of Treecraft, a custom treehouse design-build business based in Fort Collins.

This treehouse in Pagosa Springs is one of Aaron Smith’s show-stopping builds.

This sprawling treehouse in Pagosa Springs comes with all sorts of fun details.

This treehouse in Pagosa Springs comes with all sorts of intricate details.

Treecraft builds treehouses of all sizes for clients all over Colorado.

Winding through the trap doors, tiny crawl spaces and hidden stairways, it might seem easy to get lost in one of Aaron Smith’s treehouses.

But that’s kind of the idea. To lose yourself in a sense of wonder, in a place that feels like the secret hideout of your dreams and that easily transports you to another, simpler time.

Yes, a treehouse can do all of that. Or at least some of Smith’s treehouses, built with the grandeur of a rustic castle and sometimes coming with a price tag of half-a-million dollars.

Smith’s custom creations are nothing like the first treehouse in his life — the one dad made for Smith and his brother. It was just a little 6-foot by 6-foot square house, but it holds some of Smith’s favorite memories, even the painful recollection of falling off a zip line attached to the treehouse.

The family can’t find photos of the simple backyard structure, but Smith has a clear mental picture of hanging out inside the treehouse in the backyard of his childhood home in Viriginia.

“I remember looking up at this giant maple tree,” he said. “I can still see the bright green. It was just such a beautiful image.”

It left an impression, but it didn’t fire off a lifelong pursuit to make treehouses. Mixing his love for the creative and the technical, Smith sought out to be an architect. His graduate studies brought him to Colorado, where he started his career at a timber framing company and a tiny home company. In 2014, a boss’s friend wanted a treehouse and Smith got the side job.

“What a dream little project,” Smith thought at the time.

He shared photos of the treehouse on social media, which led to requests from family members and friends for something similar.

Within a year or so, Smith went all in on treehouses. He started Treecraft, described as a custom treehouse design-build business. Based in Fort Collins, Treecraft erects all kinds of treehouses, ranging from the epic to the average, all over the state.

Smith calls being in this business a “lucky accident.”

Of his 40-plus projects, Smith’s attractive creations serve as guest homes, backyard playhouses and studio spaces. In the Pikes Peak region, Smith crafted one for the Play Street Museum in Colorado Springs and is working on a midlevel structure in Larkspur. He’s gotten calls from grandparents who want to spoil their grandkids and a guy who wanted a place to play poker. He gets calls from panicked parents who promised to build a backyard treehouse and never got around to it.

“They’re basically like, ‘We need you to build one before my kids grow out of it,’” Smith said.

A fan favorite — and Smith has nearly 25,000 following fans on Instagram — is a sprawling treehouse in Pagosa Springs that looks like a real-life fairy tale residence. The whole thing, built around three trees, is a sight to behold. Don’t miss the little details, too. Multiple netted bridges connect several spaces, covered with hobbitesque pointed roofs. At the ends of one bridge are two pieces of wood shaped like giant pencils. Windows come with unique designs out of sticks. Visitors could choose to get down via stairs or a big green slide.

There are other show-stoppers, like a tiny house in Golden dubbed the Lookout Mountain House. It comes with a jaw-dropping panoramic view of the Front Range. It also comes with a feature that’s “not for the faint of heart,” says Smith: a mountainside swing that hangs from a projecting timber below the house. As is the case for several treehouses, a giant structure in Breckenridge comes with a rock climbing wall.

When he’s designing them, he lets his mind wander. Smith asks questions like, “What would be a fun feature? Or a surprise? What would play with their imagination?”

“I think I just love the playful side of it,” he said. “I’m designing them for the child version of me who wishes he could play on these things.”

The resulting designs sometimes get him in trouble, as his small team has to find ways to install treehouses in remote areas of Colorado. For the Breckenridge project, they had to fashion a cart using two old snowboards to haul materials into the snowy woods.

As Treecraft grows, Smith, 34, catches himself thinking about the absurdity of his job.

“It kind of blows my mind that you can have a full-time job building treehouses,” he said. “I never would’ve imagined that.”

He says he likely got an assist from “Treehouse Masters,” the show that aired from 2013 to 2018 on Animal Planet and showed the world how crazy treehouses can be. That show has a Colorado connection, too, as its star treehouse builder, Pete Nelson, attended Colorado College.

“People saw that treehouses are not just for kids,” Smith said. “They can be a cool space for adults, too.”

The “Treehouse Masters” effect is still in swing even though the show ended.

“We’ve had more and more business,” Smith said. “It’s more than we can handle.”

But he’s still having fun. Recently, he finally started building a treehouse for his own kids, who are 1 and 3.

As he watches his older son take toys up to his treehouse, Smith remembers why he does what he does.

“Being in a treehouse throws you back to a childlike mentality,” he said. “This is like a joyful type of work.”

For more information about Treecraft and to see photos of all of Aaron Smith's projects, visit treecraftdesignbuild.com.