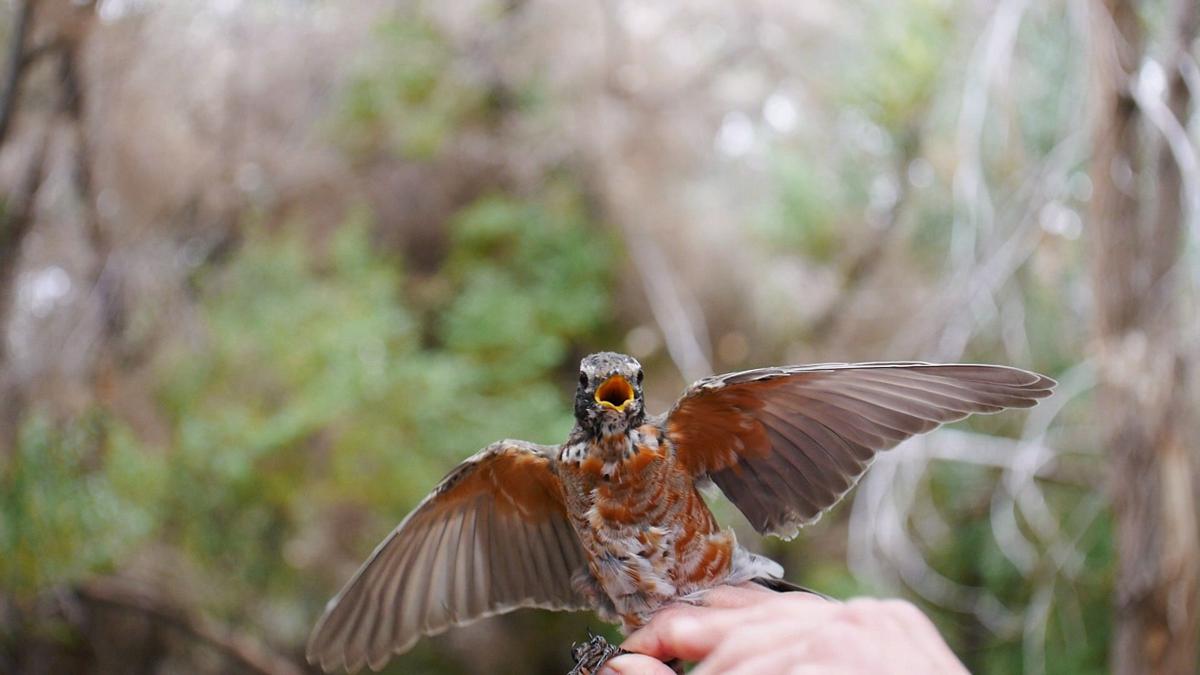 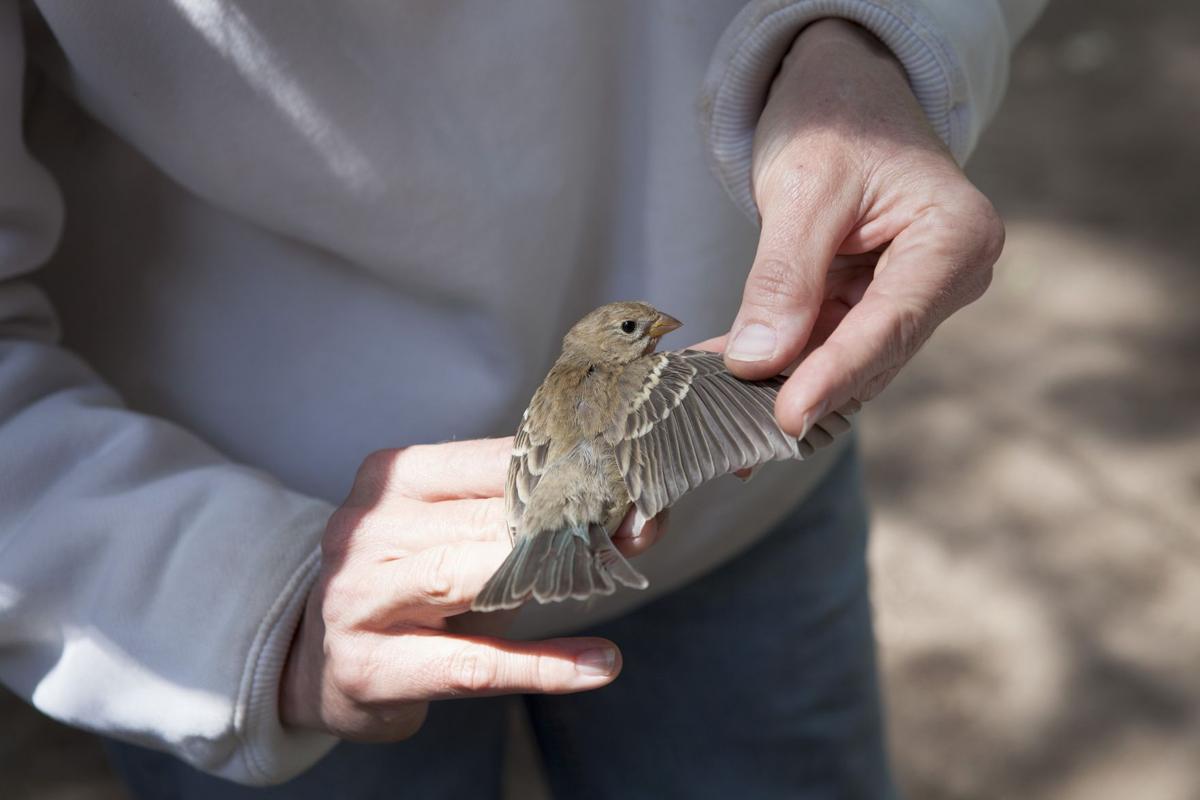 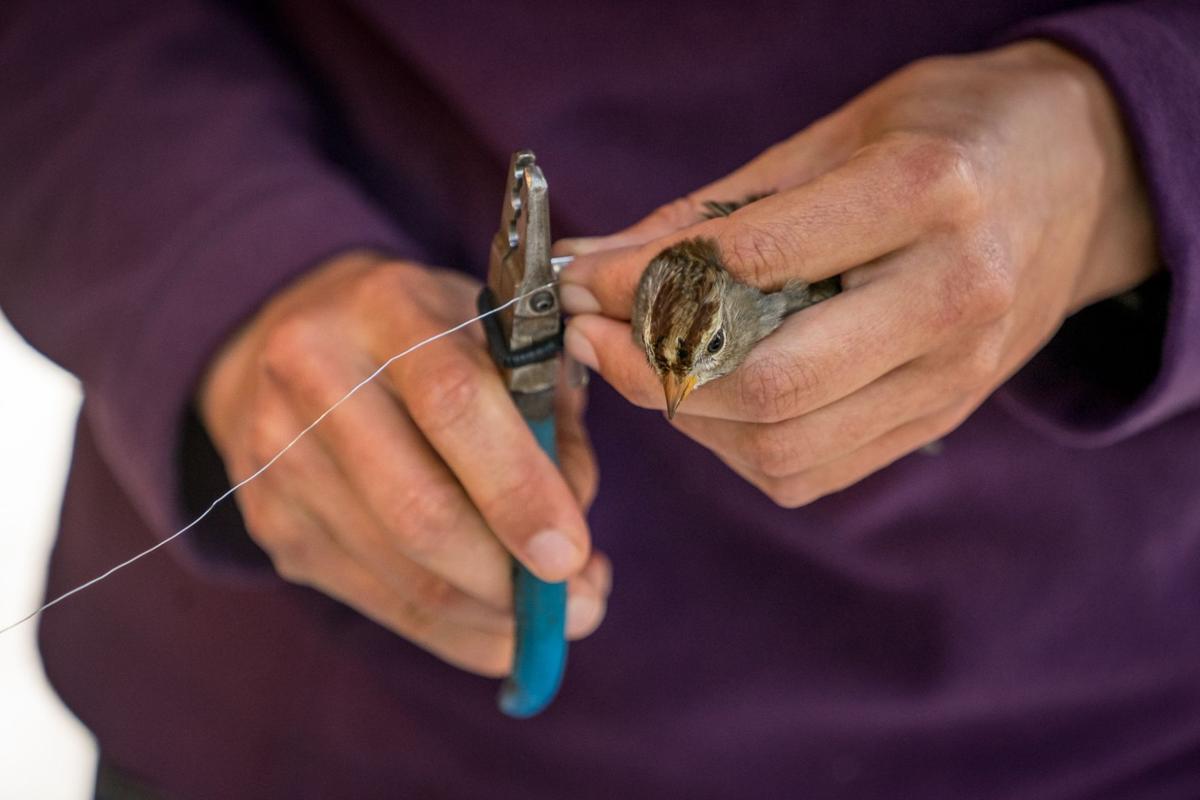 A bird bander snips an aluminum band to place around one of the bird’s legs at Chico Basin Ranch. 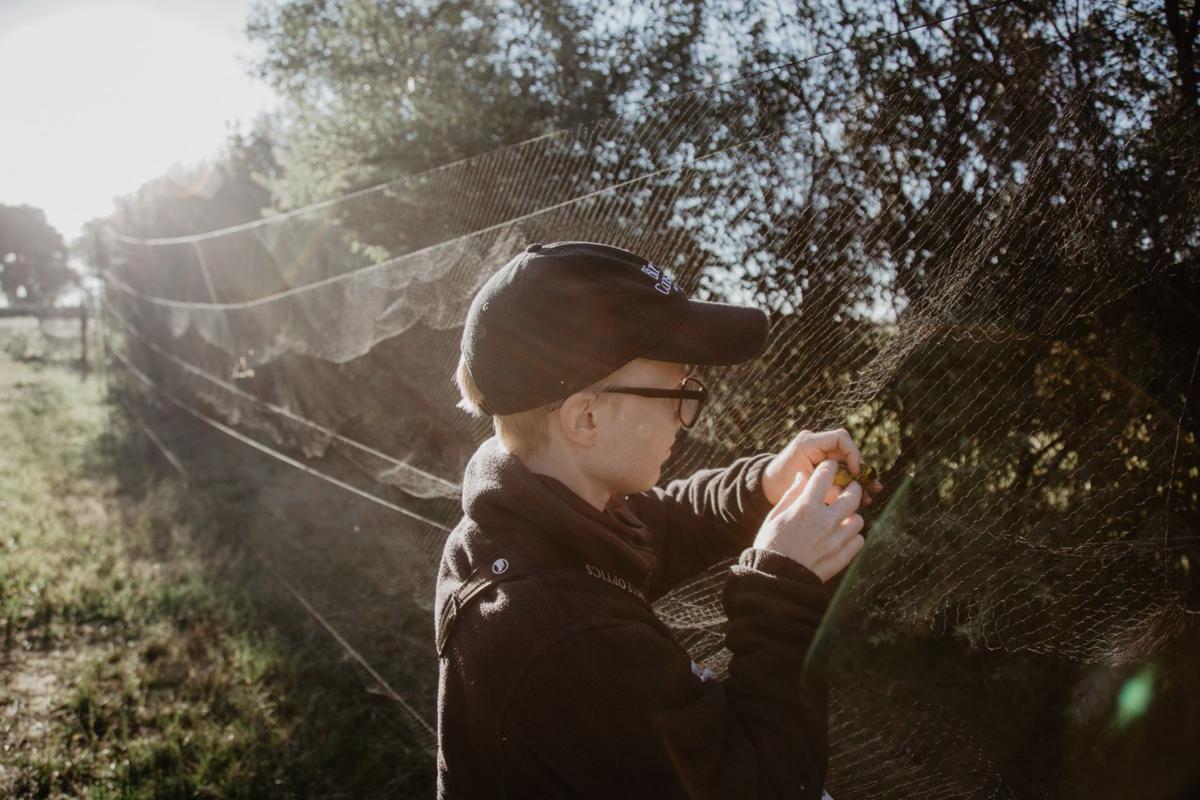 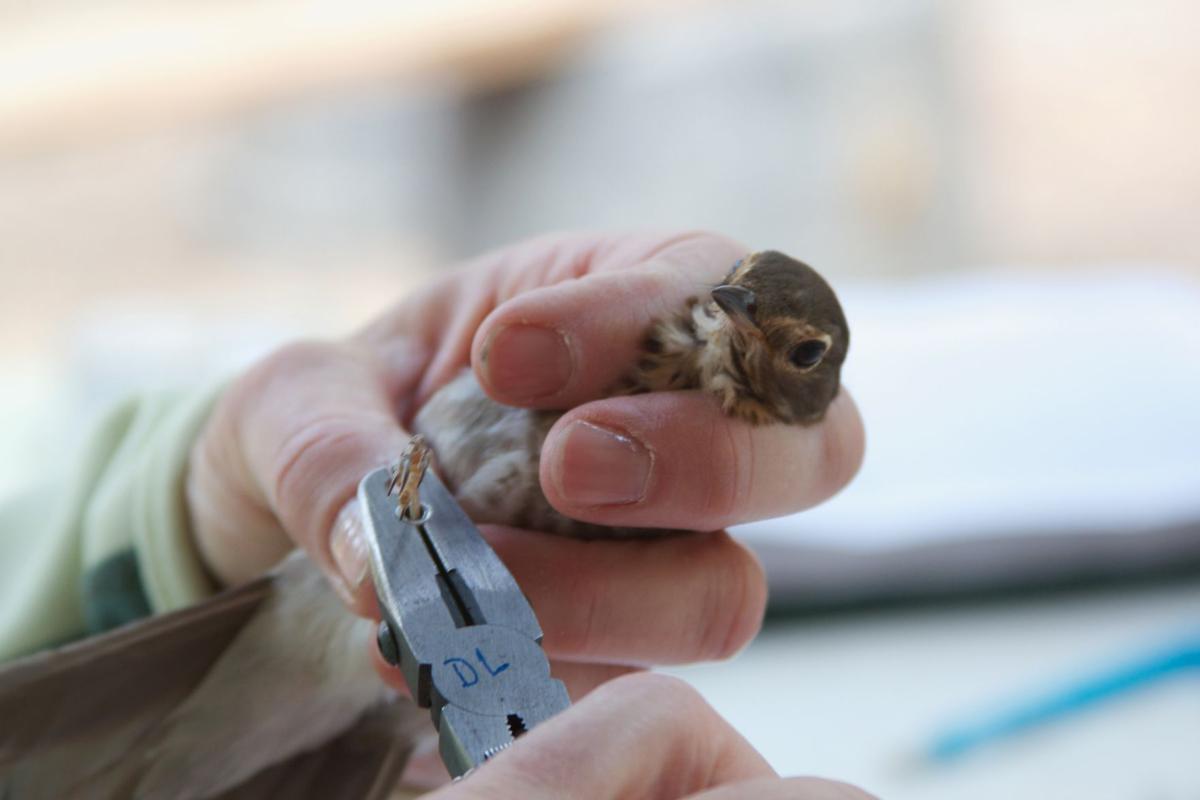 A bird bander snips an aluminum band to place around one of the bird’s legs at Chico Basin Ranch.

I’m a baby birder, but I know one thing: The month of May is a birding bonanza.

My backyard becomes a bustling depot as species migrate through. (Hello, my old Western tanager friend, how I’ve missed you.) They pop in for a day, a few days, maybe a week if I’m lucky, to take advantage of the home cooking (whole peanuts, anyone?), fresh water and dry attics ripe for burgeoning families. Some stay and some move on, hoping for better Birdbnbs than mine.

I remain faithful to my backyard birds, but sometimes a girl needs a new species or two to liven things up, eh? And with all the prime birding spots around the region, I’d be a fool to not take advantage.

Chico Basin Ranch, an 87,000-acre family run cattle ranch, is beautiful at first light when I roll up Monday morning to its bird banding station tucked in a grove of old Russian olive trees in the North Vega pasture. A concert of bird calls and conversation greets me, as the feathereds merrily chit chat, flirt, argue and nag back and forth. A ladder-backed woodpecker makes his presence known with his loud pounding on a tree trunk.

I’ve hit the bird jackpot. More than 330 species have been sighted over the years on the high prairie almost an hour southeast of Colorado Springs, making the ranch a draw for novice and professional birders alike. Owned by the Colorado State Land Board and managed by Ranchlands, Chico Basin offers education, farming, recreation, sporting, arts and hospitality programs.

Visitors are always welcome, though they’re asked to check in and out at the front office and contribute $15 per person for a day of communing with the birds, which goes toward such necessities as Porta Potties. A yearly membership is also available for more frequent guests.

It’s not long before Gen Day tramps by in the distance, Medusa-like in her puffy orange. Not because she has a head full of thrashing snakes, but because of the whimsically patterned cloth bags pinned to her jacket, the contents of which are writhing about inside.

Day, a bird bander, spends six mornings every week at Chico Basin untangling passerines, a fancy name for songbirds, from the 10 mesh nets strung up throughout the grove. She bundles them into separate cloth sacks and trots them back to the banding station, where she takes and records data about each bird to report back to her employer, the nonprofit Bird Conservancy of the Rockies.

“The U.S. government issues all the bands we use,” said Day, who has a degree in wildlife biology. “There’s a place called a bird banding laboratory that issues all of the bands, and there is a federal database at the end of the season that we enter all of our information into. A lot of data is shared with other researchers if they need data on specific species.”

Words on Birds: Some bird names hit the bullseye

We cruise through the grove checking nets, where I narrowly escape getting caught in the invisible mesh and banded myself. There’s a Swainson’s thrush and a cute little spotted towhee. Day’s also caught a new species today, though not new to the ranch — a MacGillivray’s warbler. And, uh oh, there’s a hawk perched high on a tree in the distance. I cross my fingers he doesn’t dive in for a breakfast burrito of a helpless songbird wrapped up in net.

Admittedly, it’s hard for my heart to see my little bird buddies trapped and panicky in the nets, though my brain knows the logic behind the project. It makes me feel better to watch the experienced Day, who deftly and gently extricates them.

Back at the banding station, Day hangs her bags o’ birds and starts attaching a teeny aluminum bracelet to one of each bird’s legs.

bEach band has a serialized number so if the bird is caught again, either in Day’s nets or elsewhere, the bander will know the bird was at the ranch on that particular date. It helps give an indication of where the bird’s been and how old it is, among other pieces of data.

She pulls out the spotted towhee, who’s not happy to be invited to this impromptu party and bites at her.

But she manages to expand the little girl’s wing to look at the feathers. Birds go through molts, and different characteristics will help Day figure out her age. This particular bird looks as if she was born last year. And she can tell it’s a girl because of how much black is on her head.

Day blows on the bird’s belly, ruffling its fur aside and revealing its fat and breeding condition — if they’re actively nesting in the area or only migrating through. Finally, the bird is placed beak-down in a hollow tube on a scale to measure its weight. And then, hooray, the bird is released.

The banding station is open through May 22 and will reopen in the fall to again catch migrating birds. It’s the cornerstone of the ranch’s education program, and 1,500 kids a year get to watch the banding process and hold a bird before letting it fly away.

Nomadic bander Day is only here through the end of May, when she heads to the Merced River in California to continue her work.

“The connection between animals and humans is really important,” she said.

“I especially like working in places like this, where I get to interact with the public and share what I’m doing. Science literacy is important, and someone studying birds isn’t something people think about very often, but everyone has seen and heard birds every day of their life in some form.”

The hum of honeybees isn’t as loud as usual this spring in Manitou Springs, a situation that some are calling “dire.”