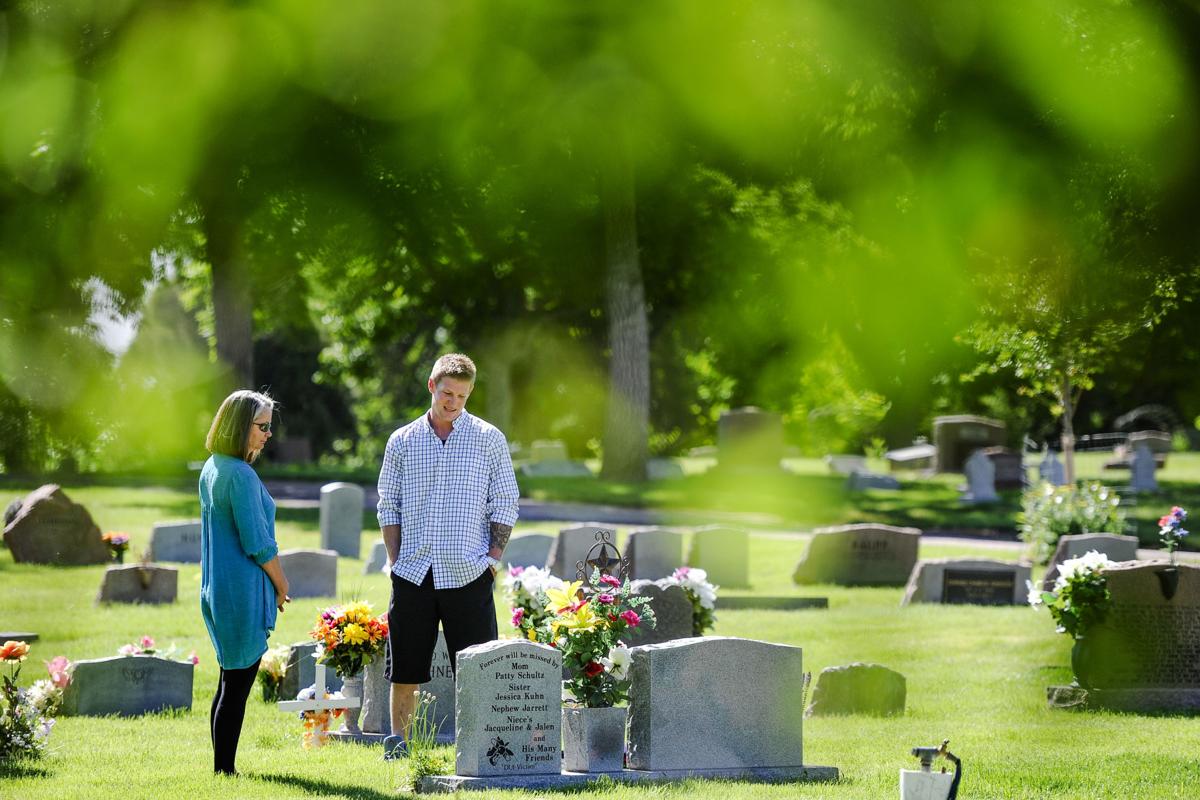 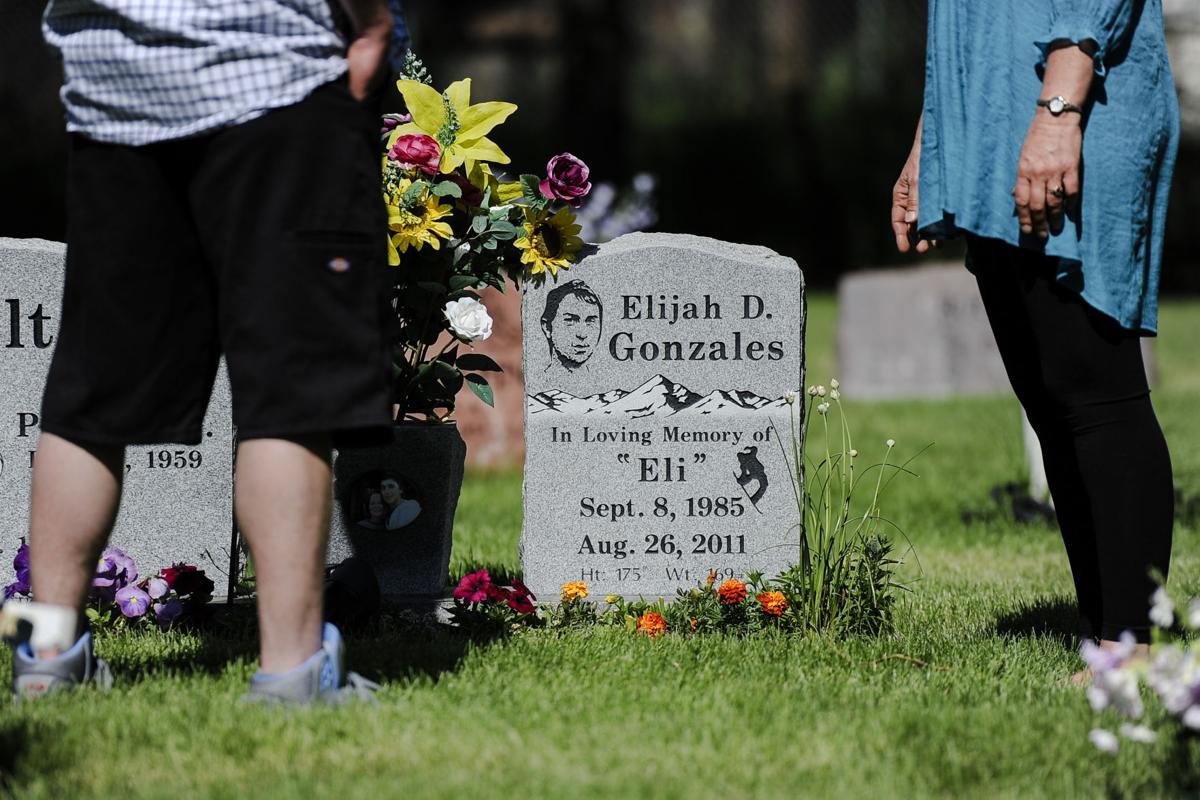 Patty Kiefer admits it was an unusual way to spend Valentine’s Day, but a four-hour meeting with the man who killed her son Elijah changed her life.

“It was a perfect day to do it because meeting him was an act of love,” says Kiefer, speaking through her tears. “I knew it was something Elijah would have wanted.”

Kiefer struggled with grief, anger and pain since Aug. 26, 2011, the night 25-year-old Elijah and his best friend, Andy Ulferts, went out for a night of fun that ended in tragedy.Andy was driving, despite having his license suspended after a previous drunken driving conviction. He walked away from the wreck, but Elijah died 17 hours later.

“It constantly ate away at me,” Kiefer says. “What if this had never happened? Could it have been prevented? And was Andy going to do something like this again after he was out of prison?”

Kiefer tried to reach out to Andy, who was silenced by laws designed to protect victims from offenders. But after Colorado’s Legislature passed restorative justice bills introduced by Rep. Pete Lee, D-Colorado Springs, and Sen. Linda Newell, D-Littleton, Kiefer finally was able to ask Andy the questions that had gnawed at her.

The Valentine’s Day meeting — which was supervised by a trained facilitator — didn’t answer all of her questions, but it gave her something that had eluded her for years: peace.

“That day was huge,” she says. “I felt a lifting of a burden, a lightness that was never there before. And that lightness has remained with me ever since.”

Rep. Pete Lee has three questions for people who talk about getting tough on crime by locking up criminals and throwing away the keys.

“How many people do you want to lock up?

“How much do you want to spend on that?

“And how’s that working for you?”

A Democrat who was elected to the Colorado Legislature in 2010, Lee became a critic of the “dysfunctional criminal justice system” during the decades he worked as a local defense attorney and public defender.

“Criminals kept recycling through the system,” he says. “The recidivism rate in Colorado is about 50 percent, and it costs taxpayers $33,000 a year to keep a person in prison.”

Lee particularly was concerned about young, first-time offenders. “Kids who get involved in the system get stuck,” he says, with 30 percent re-offending and staying in system.

The system was also tough on victims.

“At sentencing hearings, I would see victims ventilate against offenders,” he said. “It was ugly, and it was not fulfilling or transformative for the victims, who would walk out of court with the same level of anger, revenge and hatred they had when they went into court.”

Lee says restorative justice — which seeks to not only punish wrongdoers but also help victims and communities heal — addresses issues often overlooked by the justice system.

“It accepts people where they are, acknowledges the fact that we all make mistakes,” he says, “and gives offenders an opportunity to repair harm they created and get on a better path.”

The process is voluntary, and victims control what happens with the help of court-appointed facilitators such as Lynn Lee, the representative’s wife. Offenders can participate only if they accept responsibility for their deeds, express remorse and are willing to repair the harm they caused.

After one young offender was caught spray-painting benches and walls in a Manitou Springs park, the restorative justice process created a win-win outcome. Instead of being incarcerated, the juvenile paid for his crime against the community by helping hang Christmas lights at the same park he vandalized.

Lee has sponsored a number of restorative justice bills, with the latest passing unanimously in a deeply divided Legislature.

Lee says the success of his bills proves restorative justice offers something for everyone: red, blue or purple. Fiscal conservatives save money. Libertarians create a less intrusive and bureaucratic justice system. Liberals promote rehabilitation and give young offenders a chance to change.

The roots of restorative justice are deep and wide. Its principles inspired South Africa’s Truth and Reconciliation Commission, which sought to heal the horrors of apartheid.

Mark Umbreit, president of the National Association of Community and restorative justice, has promoted the process since the 1970s. At that time, major supporters included Mennonites and Quakers — two faith groups that suffered persecution and prosecution during Europe’s centuries of religious conflict.

Recently, Umbreit has been working in Turkey, which must develop a restorative justice plan before being admitted to the European Union.

“This is a powerful social movement in the global community,” Umbreit says, “and Colorado has a history of running good restorative justice programs.”

Umbreit will speak on the power of forgiveness in Colorado Springs on Sept. 24-25 during a state Restorative Justice Symposium at Beth-El Mennonite Church.

Organizing the event is Lynn Lee, chairperson of the Pikes Peak Restorative Justice Council, and Rep. Lee’s wife of 25 years.

The symposium will feature Kiefer and Ulferts, who have agreed to film an instructional DVD about the process (for information, visit the council’s website: pprjc.org).

Restorative justice isn’t for everyone. It’s not designed for pathological or violent criminals. But in cases where mostly good people have done bad things, it’s a powerful way to bring healing and closure.

“This process has been amazing and healing for me,” Kiefer says. “I saw how deeply Elijah’s death hurt Andy. I saw how much he cared for Elijah.

“He shared memories of Elijah, and memories are all I have left.”