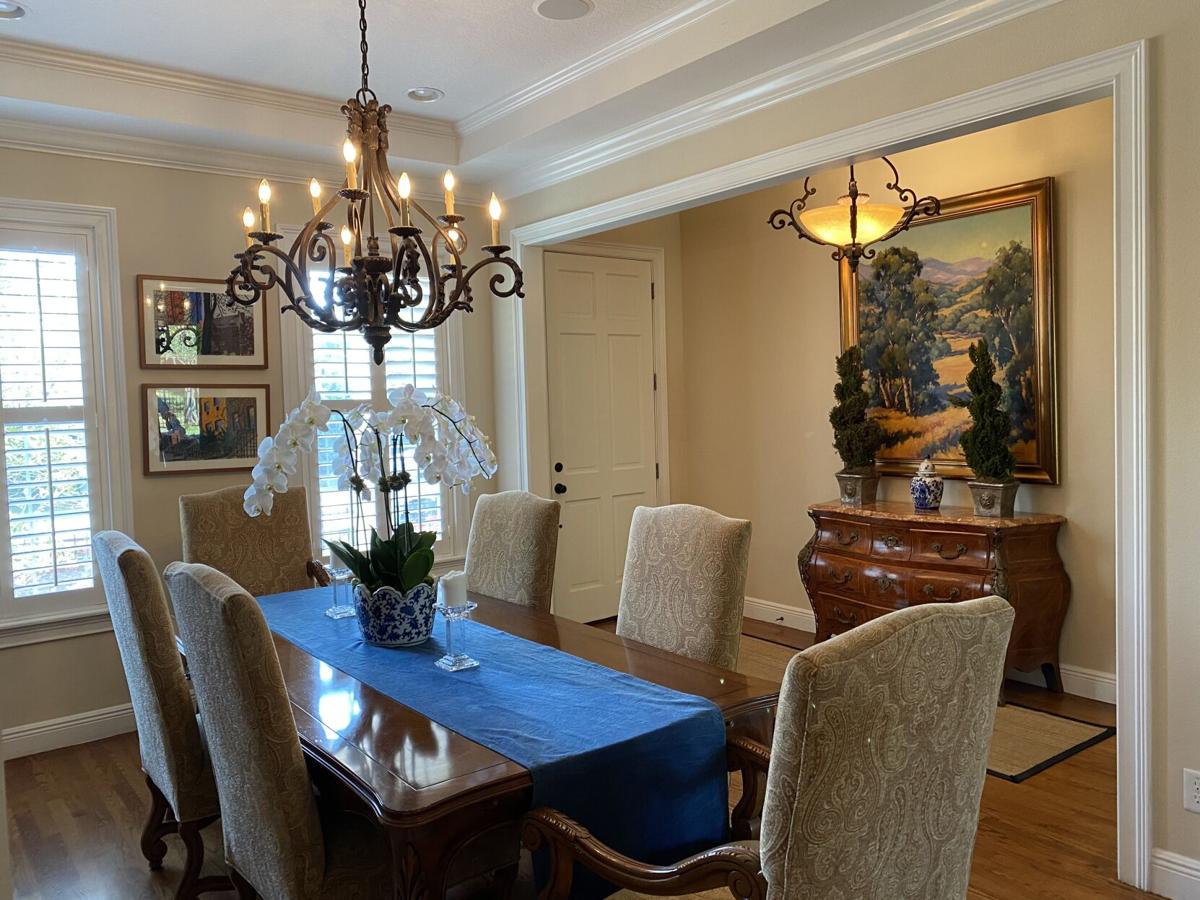 The author’s dining room and foyer before and after getting a light fixture update. Changing light fixtures is a good time to upgrade lightbulbs, too. Though they cost more initially, LED lights last much longer than other bulbs. 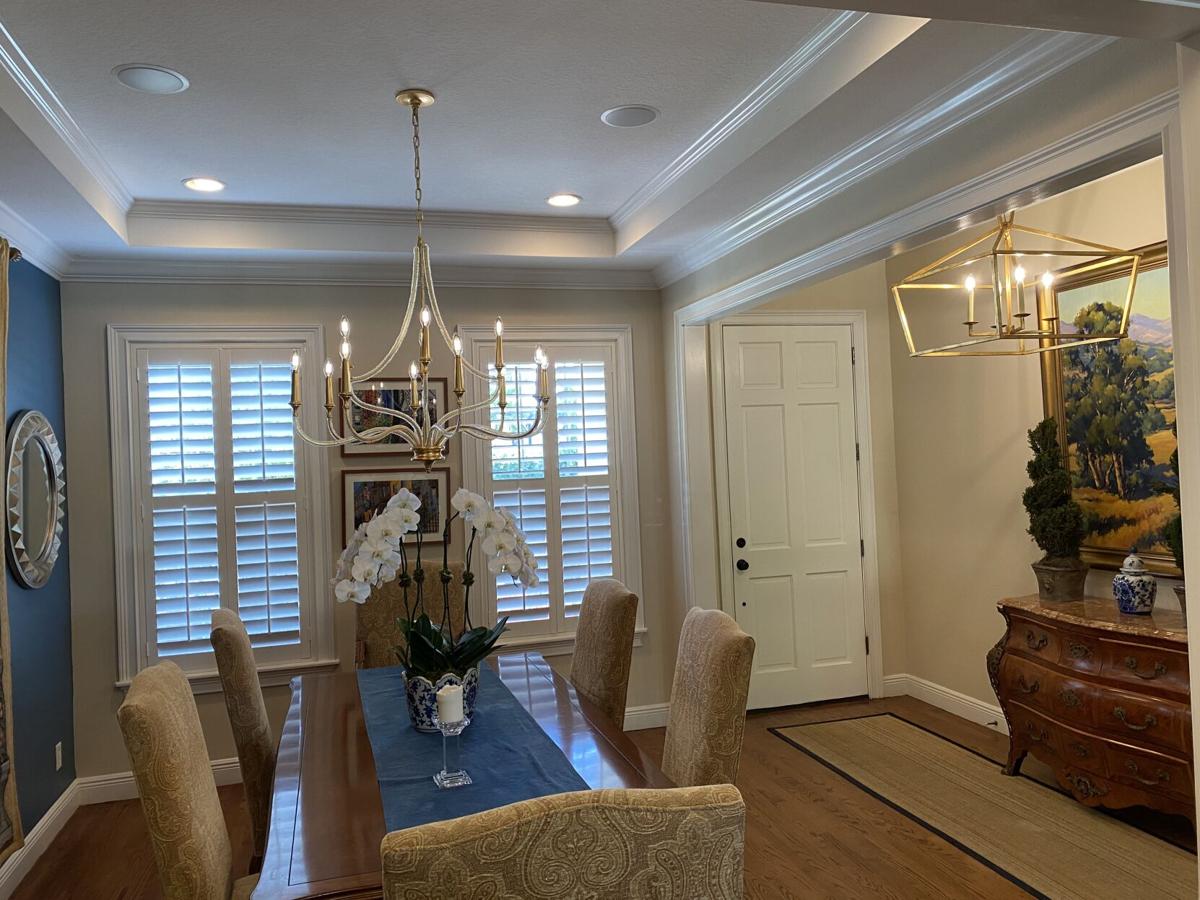 Light years ahead ― The author’s dining room and foyer before and after getting a light fixture update. Changing light fixtures is a good time to upgrade lightbulbs, too. Photos courtesy of Marni Jameson

The author’s dining room and foyer before and after getting a light fixture update. Changing light fixtures is a good time to upgrade lightbulbs, too. Though they cost more initially, LED lights last much longer than other bulbs.

Light years ahead ― The author’s dining room and foyer before and after getting a light fixture update. Changing light fixtures is a good time to upgrade lightbulbs, too. Photos courtesy of Marni Jameson

The day had finally come, well, actually the night, when I got to see my home in a new light — LED light to be exact. I had been waiting impatiently for the eight light fixtures I had ordered two months ago to arrive. Now the fixtures, along with boxes of their corresponding lightbulbs, sat in the garage awaiting their moment to shine. We were just one electrician away from a new dawn.

Our home’s light fixtures needed this update. The old ones were 20 years old and could best be described as early dungeon. The new ones look very 2020s, light in color and feel, shimmery without being overly ornate. I picked them with the help of a designer, who assured me that installing new light fixtures throughout the house would lift us out of the dark ages.

When electrician Charles Polen pulled up in his van, I bounced up and down on my toes like a kid at a carnival. To Polen, these transformations of light happen every day. To me, it felt like an Easter sunrise. Though Polen has been to our house several times, knows his way around and didn’t need my help, I could not stay away. I watched, periodically breaking into the “Hallelujah Chorus,” as one by one Polen took down the old, heavy, oil-rubbed bronze fixtures, which had been hanging from the ceiling like gigantic tarantulas, and replaced them with fresh, gleaming ones.

As he removed and replaced, I bugged him with questions, like, “Can homeowners do this themselves?”

“Switching out a light fixture isn’t that hard,” Polen said, “and it’s not dangerous if the power is off.”

“So we didn’t need an electrician?”

“Many DIYers do this,” he said. “But some get in the wall, and see all sorts of junctions for other wiring systems, wires that are red, black, green and white, and get confused. Next thing they disconnect a wall outlet or the whole room next door goes dark, and they get into trouble. A lot of my calls start with a woman saying, ‘My husband tried to do it, but now it’s not working.’”

To keep me amused, Polen let me put the new lightbulbs in each fixture as they went up in the kitchen, dining room, foyer, hallway and master bath. I observed how, like candles on a cake, bulbs are a fixture’s crowning glow. And that’s when the lightbulb went off.

That’s when I understood why the designer I worked with insisted she order new bulbs for these fixtures. Her exact words were: “I will not let you buy them unless you buy bulbs, too.”

I thought that a little extreme. I mean, I have lightbulbs. But I didn’t argue. I wanted those fixtures.

However, as I outfitted each fixture with a new set of LED lights, I appreciated why. My old bulbs dimmed in comparison, and by the end of the day, I’d shown them all the door. I cannot go back.

Here’s why you, too, will kiss your old lightbulbs good-bye once you learn the benefits of this new generation of LED bulbs.

• Appearance. Not too many years ago LED (for light emitting diode) lightbulbs were limited in color spectrum and dimming ability. Not anymore. Now they put out a great light in a range of temperatures (which I prefer on the warm side), and look chic. Until I installed these modern-looking bulbs, I did not realize how dated our old bulbs looked. The new ones look, well, current.

• Unity. As long as you’re upgrading to LED, make all the bulbs within a fixture the same. Ideally you should buy them and put them in at the same time. This assures the best match of light temperature.

Ideally, bulbs from fixture to fixture and room to room should also match, so lighting throughout a house looks consistent. Start with one fixture, and eventually install LEDs throughout the house.

• Function. By not putting in an assortment of bulb types, you’ll also improve light performance. When one switch controls several lightbulbs, like all the bulbs in one fixture or several recessed cans in one room, they all need to match. “If you have incandescent bulbs mixed with CFLs or LEDs on one switch, the mismatched electronics will cancel each other out,” said Polen. “They either won’t work, or will flicker, and, if they are on a dimmer, they won’t dim.”

• Safety. Unlike CFLs, which I have refused to embrace (don’t get me started on their ghastly color and curlicue appearance), LEDs are mercury free, so won’t harm the environment. They also remain cool to the touch.

• Energy savings. If all that hasn’t sold you, the energy savings will. Polen pointed out that just in my hallway, the two ceiling light fixtures previously had three 60-watt bulbs each, so pulled a total of 360 watts. The replacement fixtures use less than 40 watts combined, or one-ninth what we had been using, and are brighter, so look better dimmed.

The dining room chandelier went from using 320 watts, to 48 watts. At this news, my husband, who wasn’t overjoyed at the cost of this home improvement, lit up.

Marni Jameson is the author of six home and lifestyle books. Reach her at marnijameson.com.

At Home: How to make working from home work

Is it me, or, as the pandemic slowly whimpers away, are you, too, hearing those who have been cooped up working from home chanting: There’s no…