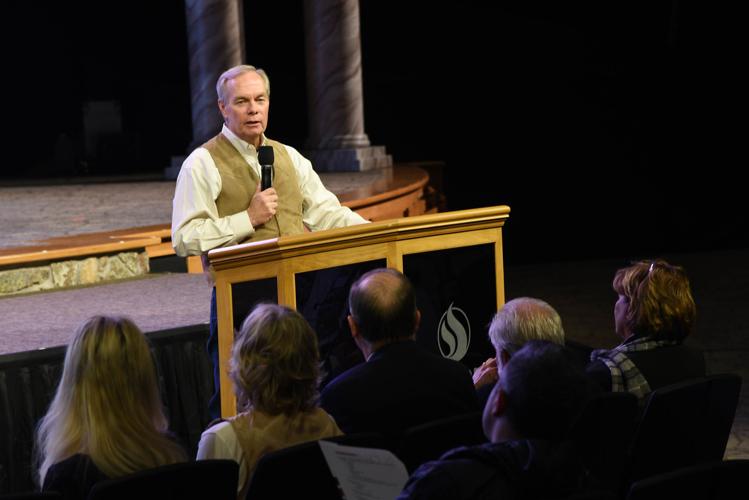 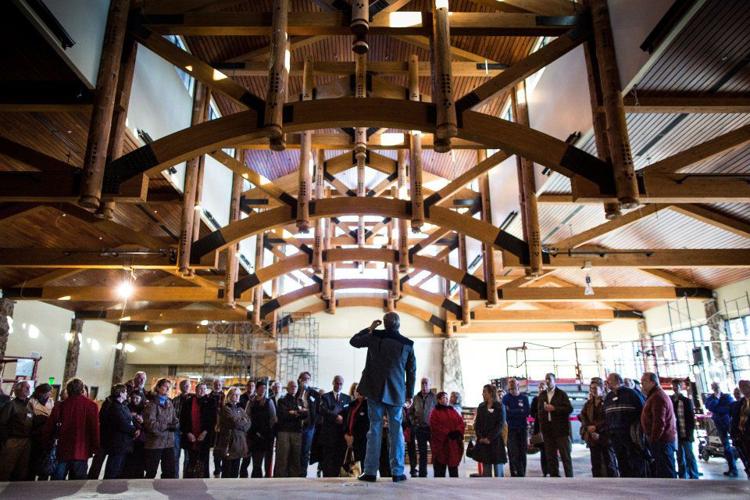 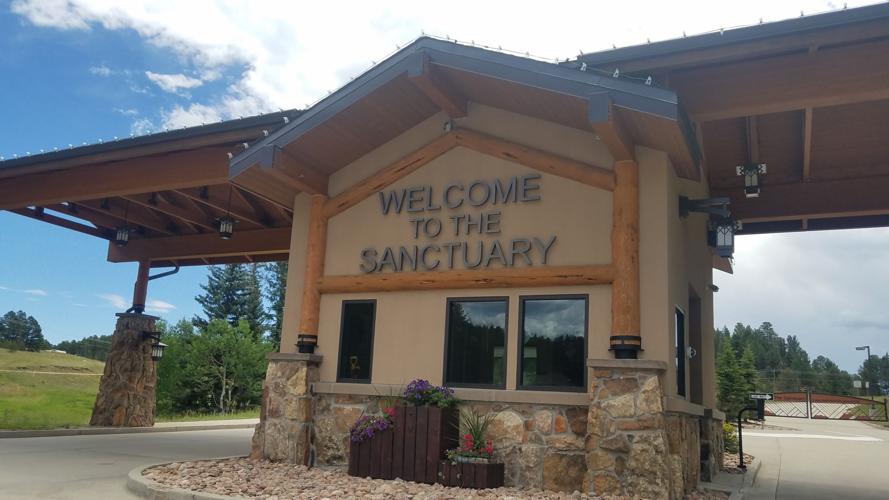 Churches holding indoor services have become a hot pot for COVID-19 outbreaks, and in Colorado, a weeklong Bible conference prompted a cease-and-desist order from the Attorney General for violating public health orders. The cease-and-desist order on July 2 went to to Andrew Wommack Ministries of Woodland Park, attempting to shut down the ministry’s Summer Family Bible Conference. 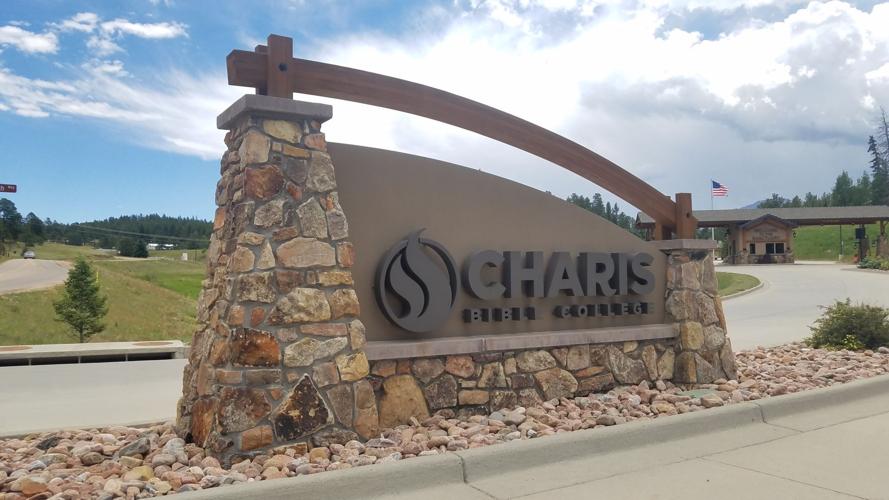 Churches holding indoor services have become a hotspot for COVID-19 outbreaks, and in Woodland Park, a weeklong Bible conference prompted a cease-and-desist order from the state Attorney General for violating public health orders. The cease-and-desist order on July 2 went to Andrew Wommack Ministries, attempting to shut down the ministry’s Summer Family Bible Conference. 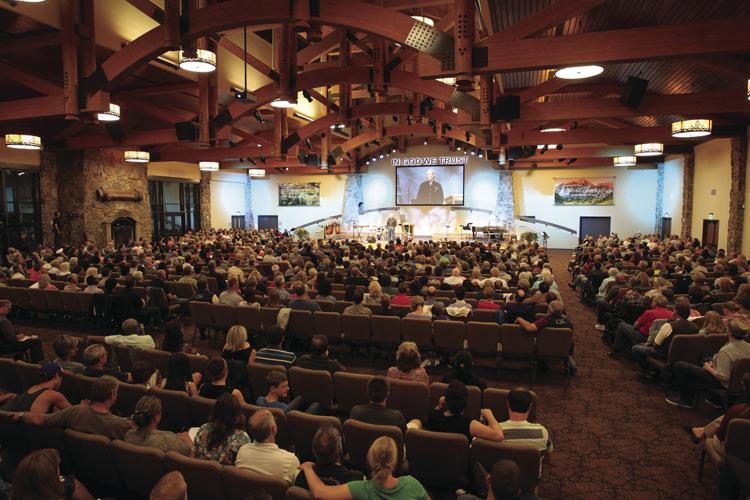 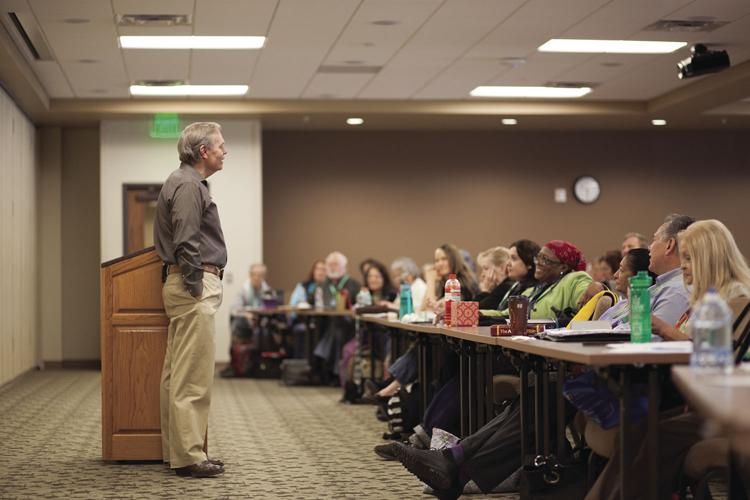 Churches holding indoor services have become a hot pot for COVID-19 outbreaks, and in Colorado, a weeklong Bible conference prompted a cease-and-desist order from the Attorney General for violating public health orders. The cease-and-desist order on July 2 went to to Andrew Wommack Ministries of Woodland Park, attempting to shut down the ministry’s Summer Family Bible Conference.

Churches holding indoor services have become a hotspot for COVID-19 outbreaks, and in Woodland Park, a weeklong Bible conference prompted a cease-and-desist order from the state Attorney General for violating public health orders. The cease-and-desist order on July 2 went to Andrew Wommack Ministries, attempting to shut down the ministry’s Summer Family Bible Conference.

Andrew Wommack says 1968 was when “God rang my bell.” “God’s love consumed me,” says the Woodland Park preacher, who says God has led him, step by step, ever since.

After his Army service in Vietnam, God called him to preach. He married his wife, Jamie, and the two ministered in small churches until Wommack broadcast his first Gospel Truth radio program in Childress, Texas, in 1976.

He founded Andrew Wommack Ministries in 1978, relocating to Manitou Springs in 1980. For the next decade and a half, the ministry’s income was less than $2 million a year. By 2019, income grew to $68 million.

Wommack credits God — and TV — for the rapid growth. As his website says, “God led him to launch into television, telling him, ‘You’re just now starting your ministry.’”

After God warned him not to be limited by small thinking, the ministry bought a larger facility with a bigger TV studio on Elkton Drive in Colorado Springs And after God told him to start a school of practical ministry, the ministry relocated to Woodland Park in 2014. Today, the unaccredited Charis Bible College has about 650 students.

Wommack didn’t attend seminary and isn’t ordained by any Christian denomination. Rather, he teaches “the revelation God has given me.” Three key aspects of that teaching are healing, prosperity and conservative politics.

Wommack and other ministry leaders declined interview requests for this story; a ministry spokesperson provided partial answers to some written questions.

Jesus sent out his disciples to “Heal the sick, raise the dead, cleanse those who have leprosy, drive out demons.”

Healing is key to Wommack’s mission. “The heart of Andrew Wommack Ministries is to see people set free from sickness, disease, and pain,” says the ministry website.

Charis operates a Healing School that “provides a place where believers can apply God’s Word and witness miraculous results.”

Wommack says healing is available to all who believe. “I can guarantee you God has provided healing. And if we get sick, it’s not God who failed, it’s me that failed.”

But the heresy-hunting Christian Research Institute calls Wommack’s theology a “doctrinally aberrant” form of Word of Faith theology, “the occult belief that faith is a force, words are containers of the force, and through faith-filled words we can speak things into reality.”

Wommack says musician John Tesh was “miraculously healed of cancer without any treatments” through his ministry, though Tesh credits surgeries and chemotherapy in his recovery. A woman who attended the 2019 Healing Is Here Conference reported that her baby was raised from the dead. The 2020 healing conference was canceled due to COVID-19, which Wommack called “ironic.”

The coronavirus has presented unique challenges to a ministry focused on healing.

In early March, Wommack predicted the virus “could turn around in a week to 10 days.” He called it a hoax “hyped by liberals as an opportunity to come against Trump,” and declared he could never picture Jesus wearing a mask.

Wommack, 71, said he hasn’t “been sick to speak of in 52 years,” and claims spiritual immunity against COVID. “I have zero fear of this. If a germ touches me, it dies.”

True believers should do likewise, he said, but he reminds Charis students to show care for those who are weaker by wearing masks while in town.

“We recognize that not everyone in the Woodland Park community is walking in faith about health and healing,” said a Charis Q&A.

Officials have issued a series of cease-and-desist orders, some of which have been disobeyed. In a Monday evening broadcast, Wommack referred to health officials as the “Gestapo.”

But Focus on the Family President Jim Daly praised Polis in a May 15 blog post titled: “Colorado Governor Jared Polis is Exhibiting Civility and Common Sense in the Midst of the Coronavirus Pandemic.” Daly repeated his support for Polis in an October interview. “Sexuality doesn’t determine how well you can govern,” he said.

Instead of lawsuits, Daly recommends prayer. “President Trump, Governor Polis and all 49 other governors need our prayers for wisdom and guidance,” he wrote in his blog.

The suit has been dismissed, but Wommack says an appeal was filed Monday, and he pledged to “take this thing all the way to the Supreme Court.”

“Do not store up for yourselves treasures on earth,” Jesus told his followers, but Wommack admires Kenneth Copeland, the gospel of wealth’s loudest and wealthiest proponent (he’s estimated to be worth more than $300 million).

Copeland, who spoke at the 2018 dedication ceremony for Charis’ auditorium, oversees a vast ministry compound near Fort Worth, Texas, that includes a $6 million mansion and the Kenneth Copeland Airport (formerly Marine Corps Air Station Eagle Mountain Lake). Copeland has a half-dozen planes, including one worth $17.5 million, because flying commercial requires being “in a long tube with a bunch of demons.”

Wommack frequently quotes Jesus’ words on earthly treasure, often while soliciting donations. His Gospel Truth programs can devote half or more of their air time to solicitations.

“God is called El Shaddai, not el cheapo,” he said in a show about hardness of heart. “He is not a tightwad, and he will take care of you better than you take care of yourself. You need to start giving.”

Wommack and his ministry have experienced an abundant financial harvest. The ministry pays Wommack and his wife nearly a half-million dollars a year, and ministry assets have risen rapidly, from $9.7 million in property and equipment in 2008, to $103 million a decade later.

But the ministry has significant debt, and financial pressures might help explain why the ministry continues hosting large events.

Wommack pledged he wouldn’t go into debt to build his Sanctuary. “If the money comes in, I’ll do it, and if it doesn’t, I won’t,” he said in a video. But he apparently changed his mind.

An auditor’s note from the ministry’s 2017 financial statement says the ministry’s current liabilities exceed its current income by $6,000,000, adding, “Large capital additions and rapid personnel growth necessary to accommodate the organization’s expanding activities” have resulted in “$3.7 million worth of negative cash flows from operating activities.”

Jesus told his disciples to “go and make disciples of all nations, baptizing them in the name of the Father and of the Son and of the Holy Spirit.”

Many Springs ministries seek to fulfill this command through missions and outreach, but Wommack says Christ’s words mean that world governments should be brought under Christian control, starting right here in America.

“It’s about how to storm the cockpit and take over the plane of a nation,” said “Trump prophet” Lance Wallnau on one of Wommack’s Truth & Liberty broadcasts.

Once largely apolitical, Wommack has become a conservative activist who meets with Secretary of State Mike Pompeo and Senate leader Mitch McConnell.

Wommack blends his faith and his politics. “When you are teaching the principles that are in the Constitution, you are teaching from scripture. It was based on the word of God,” he said in one broadcast.

7M Ventures was founded in 2017 with Wallnau and “Christian America” historian David Barton.

The 7M name comes from Wommack’s teaching on the Seven Mountains of influence: religion, family, education, government, media, arts and entertainment, and business.

“We believe we have a mandate to bring godly change to our nation and our world through the seven mountains or spheres of influence,” Wommack says.

Truth & Liberty Coalition is a social welfare organization that can engage in political lobbying and accept dark money political contributions.

“The more involved I get (in politics), the more liable we are for potential problems, so we started a 501©4,” Wommack said at his June Truth & Liberty Conference. Donations to the political group are not tax-deductible, but Wommack promised God would reward believers who donate.

Wommack’s Gospel Truth broadcasts focus on God’s love, but in his Monday evening Truth & Liberty broadcasts, Wommack focuses on “things that make me mad” and “ought to rile people up.” On Monday’s show, he was riled up about election fraud and socialism.

Earlier shows decried “the accelerating decline of biblical values” in Colorado, and claimed “Obama was elected out of nothing but racial prejudice. He had no qualifications.”

Jesus commanded his followers to love their neighbors, but Wommack isn’t sure that applies to all his neighbors in increasingly blue Colorado.

He has described liberals as crazy, malicious, evil and demon-possessed, and says, “If you don’t rebuke your neighbor, then you hate him in your heart.”

Even though he is healthy, wealthy and increasingly influential, Wommack says he and other conservative Christians face growing persecution. That’s why he helped found a new activist group, The National Association of Christian Lawmakers.

“Increasingly, Christians who take a stand for righteousness in public life are harassed and scorned,” he says.

“We need to unite and support our fellow believers who are fighting for Truth in the public square.”

“America is the freest country in the world,” said Lamborn, “but as you know, those freedoms are under attack, and that’s why we’re having this conference.”