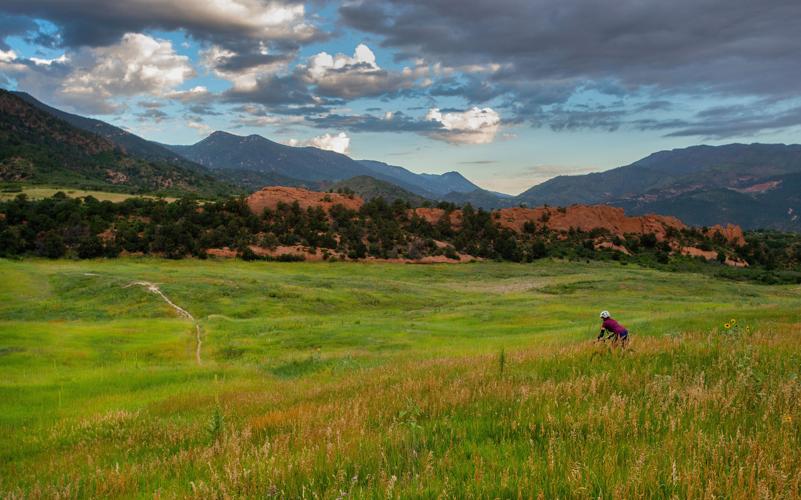 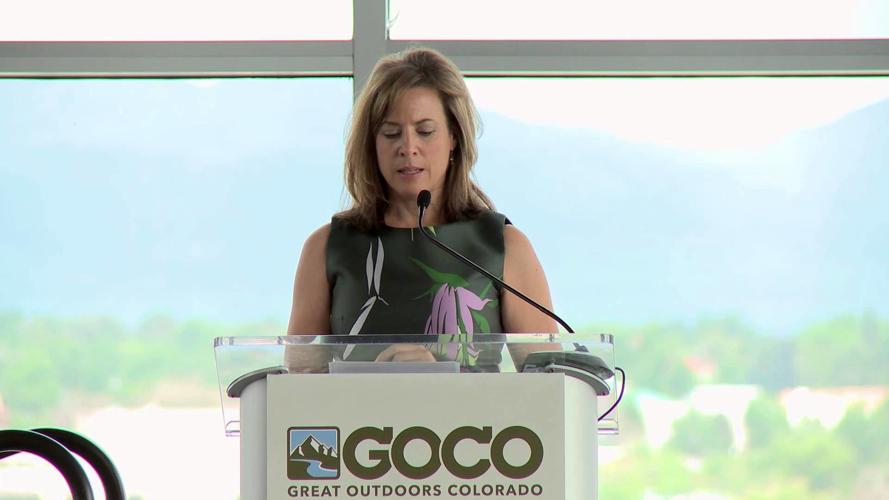 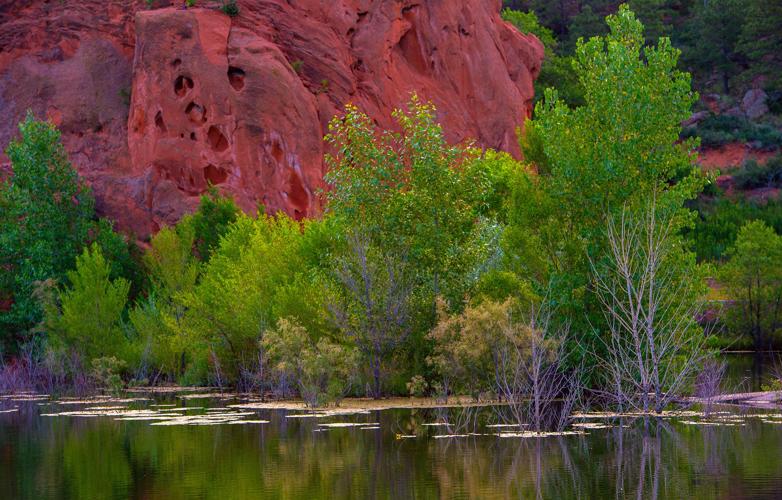 The rock formations and trees reflect in a pond on quiet morning Wednesday, July 29, 2015. (The Gazette, Christian Murdock)

A mother duck and her ducklings are spotlighted by the early morning sun as she leads them across a pond in Red Rocks Canyon Open Space Wednesday, July 29, 2015. (The Gazette, Christian Murdock) 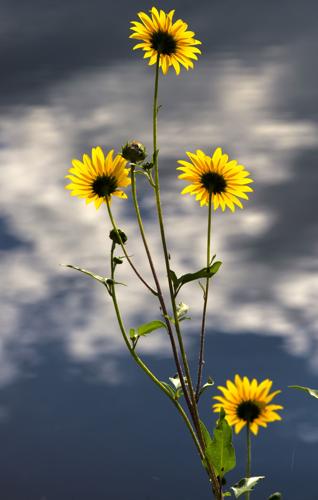 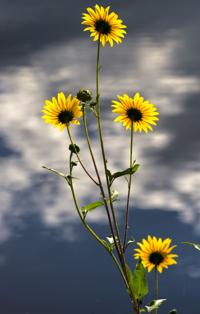 Sunflowers next to a pond reach for the morning sun in Red Rocks Canyon Open Space Wednesday, July 29, 2015. (The Gazette, Christian Murdock) 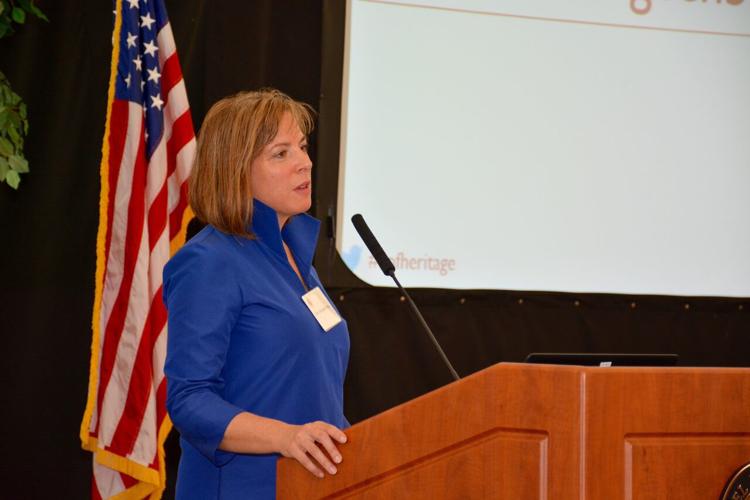 The rock formations and trees reflect in a pond on quiet morning Wednesday, July 29, 2015. (The Gazette, Christian Murdock)

A mother duck and her ducklings are spotlighted by the early morning sun as she leads them across a pond in Red Rocks Canyon Open Space Wednesday, July 29, 2015. (The Gazette, Christian Murdock)

Sunflowers next to a pond reach for the morning sun in Red Rocks Canyon Open Space Wednesday, July 29, 2015. (The Gazette, Christian Murdock)

"That's really true to me," Aangeenbrug, 53, said during one of her last days as the leader of the state's most leaned-on source of funding for trails and open spaces. "I've worked for Great Outdoors Colorado, but sometimes it's felt like Great Indoor Meeting Room."

After spending 17 years with GOCO, including the past seven as executive director, Aangeenbrug started this month as vice president of the National Park Foundation.

As she continues her career in Washington, D.C., on the 100-year anniversary of the National Park Service, she carries with her much of the credit for what GOCO has become. Since its creation by constitutional amendment, the organization has funneled more than $917 million in lottery proceeds to more than 4,700 projects. And Aangeenbrug has orchestrated grant programs amounting to $400 million in awards since 2009.

"She's really been visionary, seeing what the state could be and should be," Susan Davies, executive director of the Trails and Open Space Coalition, said recently from Ute Valley Park, a place realized with GOCO funding.

In total, GOCO has invested more than $50 million in El Paso County, which included $3.4 million toward the expansion of Red Rock Canyon Open Space. The Pikes Peak region is the beneficiary of $74 million from GOCO, with 308 projects funded.

"I needed somebody I could implicitly trust," said Will Shafroth, the president and CEO of the National Park Foundation, who picked Aangeenbrug to be his right hand once again, 20 years after he worked alongside her as GOCO's first executive director.

The foundation has big goals heading into its next century, one of which is to raise $350 million for the country's parks by the end of 2018. Another is to see Congress pass proposed legislation that would establish additional funding to the service, which says it has a $11.5 billion need in deferred maintenance.

"I don't think Congress will ever fund parks the way they ought to be funded," Shafroth said. "So we need to be focused on forming partnerships and creating organized commitments to the parks. And that's something Lise is particularly good at doing, building those relationships and those efforts."

With GOCO, she has built those indoors, in town hall meetings and in offices of governmental leaders. The work suits her when she considers where she's been. Growing up in Kansas the daughter of educators, she rode her bike into the night and she enjoyed summer road trips in the family station wagon. But she never saw herself as an outdoors type.

As a political science major at a New York liberal arts school, she was surprised to find herself in Kenya studying lions; she anticipated her 1984 summer being spent with an economic development agency. But she met researchers who swayed her to their wildlife research.

After graduation, she went back to the country to study animals. And after almost a year of living in a tent, she concluded that she was "too extroverted" for field work.

"But I realized I could make a difference through funding and policy," she said.

Out of Yale with a master's in environmental management, she worked in a top-level position in California's Department of Fish and Game. She went on to meet Rebecca Frank at a convention.

"She was our first hire of GOCO, and I could not be more proud of that," said Frank, the former Colorado wildlife commissioner who was appointed to GOCO's original board by former Gov. Roy Romer. "Lise, to use an overused term, is whip-smart. She is so smart.

"The group of people Gov. Roy Romer appointed, we all had our own vision and they weren't necessarily the same vision," Frank added. "What I admire in the early days about Lise was just how in tune she was to everybody in the room."

At a park bench near the home she's keeping in Golden, Aangeenbrug looked out at an example of her work with GOCO: the top of a mesa overlooking the town. It is the way it is, natural and open, thanks to $5 million from GOCO that was matched by the city and a trust fund.

"There was at one point talk of putting a Nike headquarters up there," Aangeenbrug said with a strained look and a quick shake of her head.

Colleagues and collaborators discuss Aangeenbrug and GOCO's hallmark approach in the same breath. She understood that such a pot of money could spur a sort of healthy competition around the state - where the people of a community see a natural aspect of their home and, in wanting to conserve it or expand it, vie for GOCO's help against other applying communities. The strongest applicants are those that demonstrate the most support, politically and financially.

"It's a marvelous formula," Davies said. "We can turn to residents and say, 'Hey, we've got to be in the game, we've got to have local dollars to get GOCO dollars.' And that's a winning argument."

More than anyone during her years in Colorado, Aangeenbrug listened to residents. Listening is the most essential and most difficult part of being GOCO's leader, observed Jim Spaanstra, who is filling in as executive director. Over his seven years on the board, he saw how Aangeenbrug pushed GOCO's agenda against opposing agendas, against those who would wish to develop commercial property.

"It requires a unique talent," Spaanstra said, "to get all that input and synthesize it in a way and get it to where people from diverse backgrounds and perspective can embrace it."

A focus on youth

Upon starting with GOCO in 1993, Aangeenbrug worried how a fast-growing population and the demand for urbanization would impact conservation efforts in Colorado. She leaves with the same concern and a new one fostered by studies about kids spending less time outdoors: Will the coming generation care to protect nature?

It led her to champion the Inspire Initiative, a $25 million investment designed to get kids outside. This summer, six selected communities in Colorado will seek between $1 million and $5 million for youth-focused projects. A coalition serving Colorado Springs and El Paso County was one of 14 selected last year to receive up to $75,000 in planning money, and GOCO next year will grant more funding for the coalition to implement projects.

With the National Park Foundation, Aangeenbrug wants to devise similar youth-centered initiatives. And she wants to help in another centennial goal for the park service: to increase diversity at its sites. The people visiting them are 78 percent white, according to the most recent visitation survey by the service.

"If we don't provide the programming and invitation for people from all walks of life to realize the parks are theirs, then they won't come," she said. "And we'll have lost something very important."

Children played at the park in Golden as Aangeenbrug reflected on the tasks ahead and on something she'll miss while living in D.C.

"In the summer, I like to leave the office at 3 o'clock, and I get on my bike and I try to ride up that mountain," she said, looking out at it in the distance.

She stopped and smiled.

There will be a time to savor the world. Right now, she's content with the saving part.