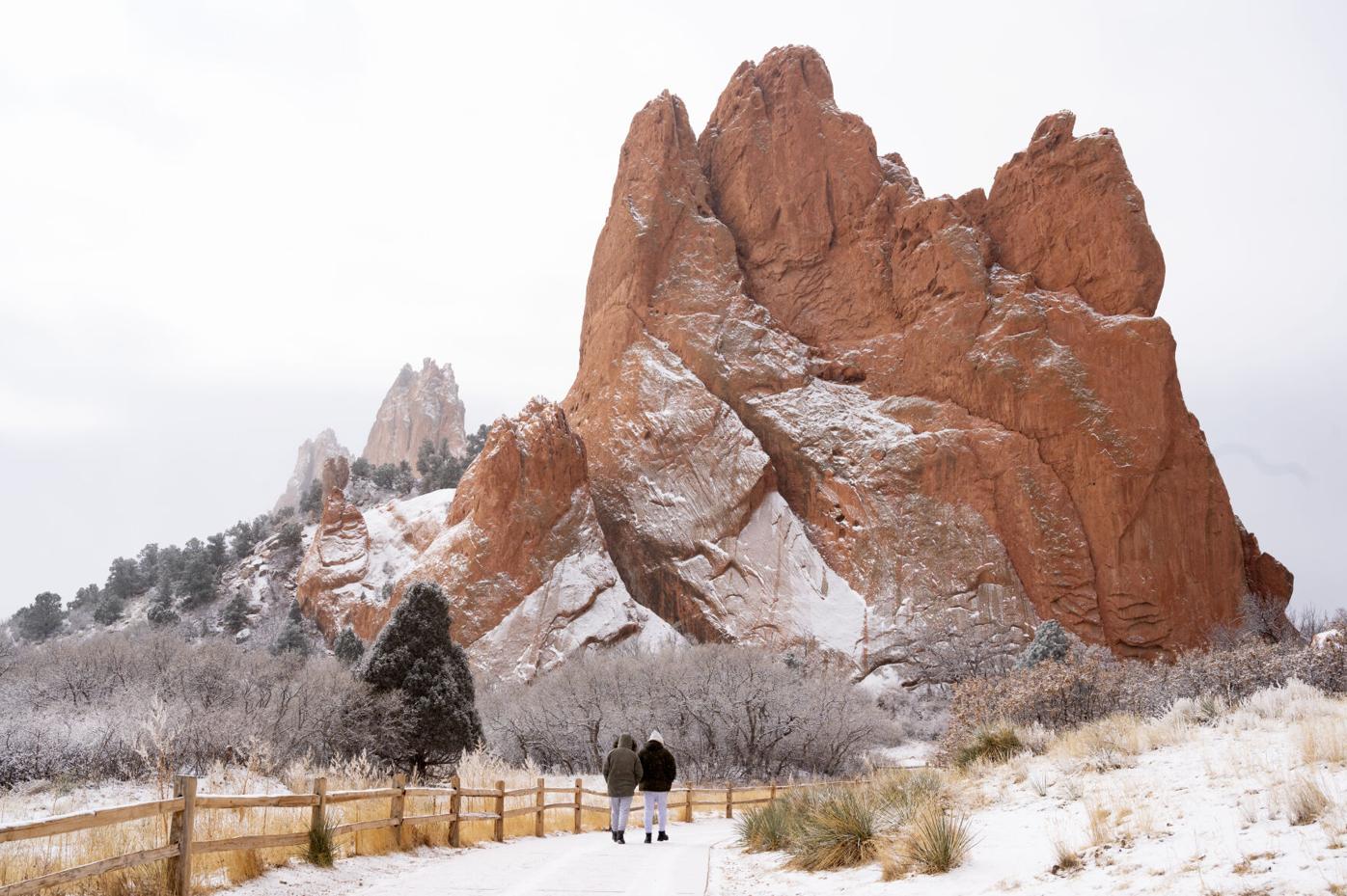 Visitors hike through Garden of the Gods Park Friday, Feb. 12, 2021, on a cold, snowy day in Colorado Springs. A light snow was falling and temperatures were in the single digits. (The Gazette, Christian Murdock) 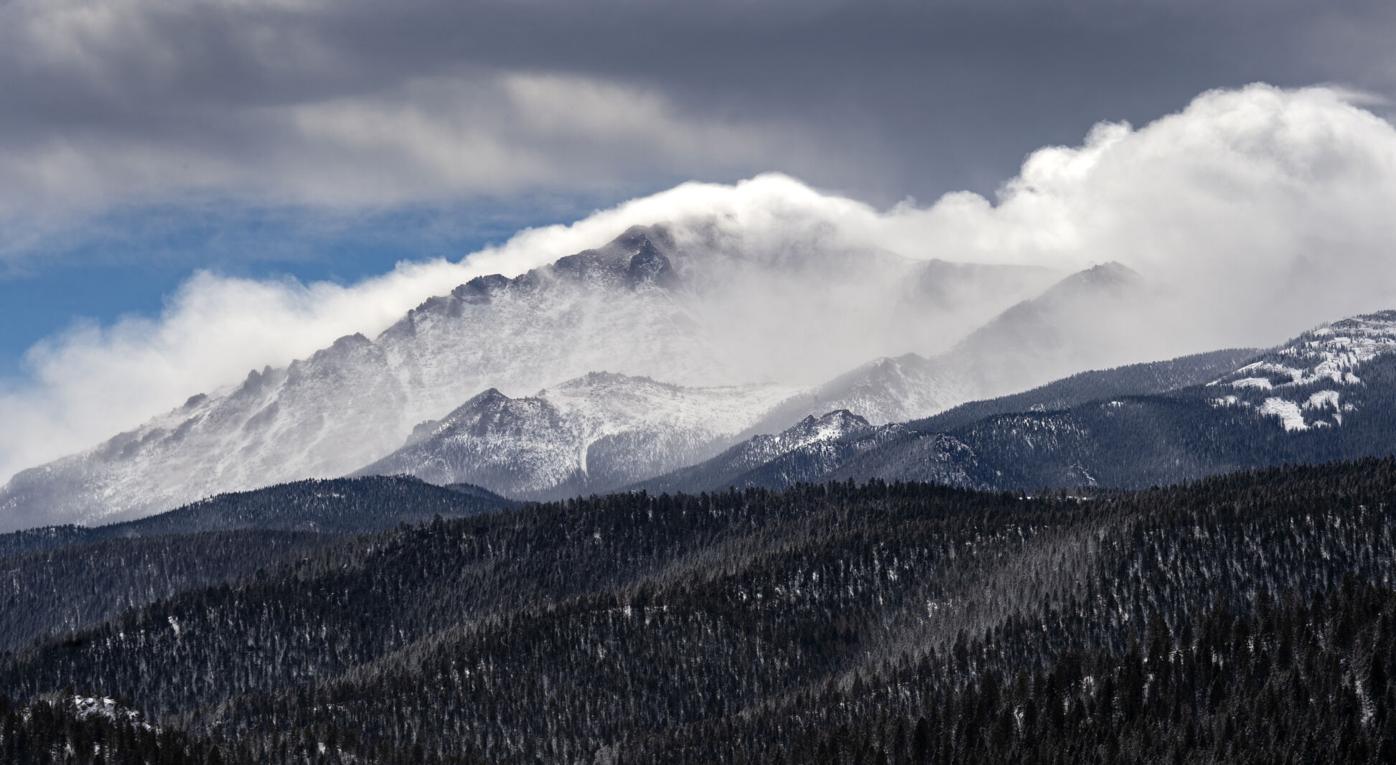 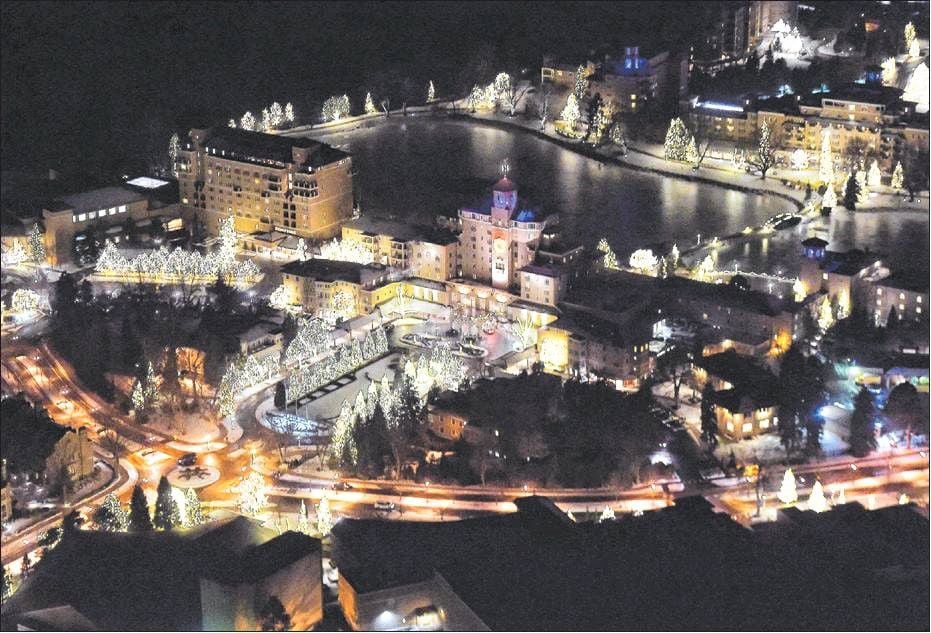 The Broadmoor in Colorado Springs traditionally decorates itself in lights during the holiday season. THE GAZETTE FILE

Ducks and geese float on the lake at The Broadmoor. 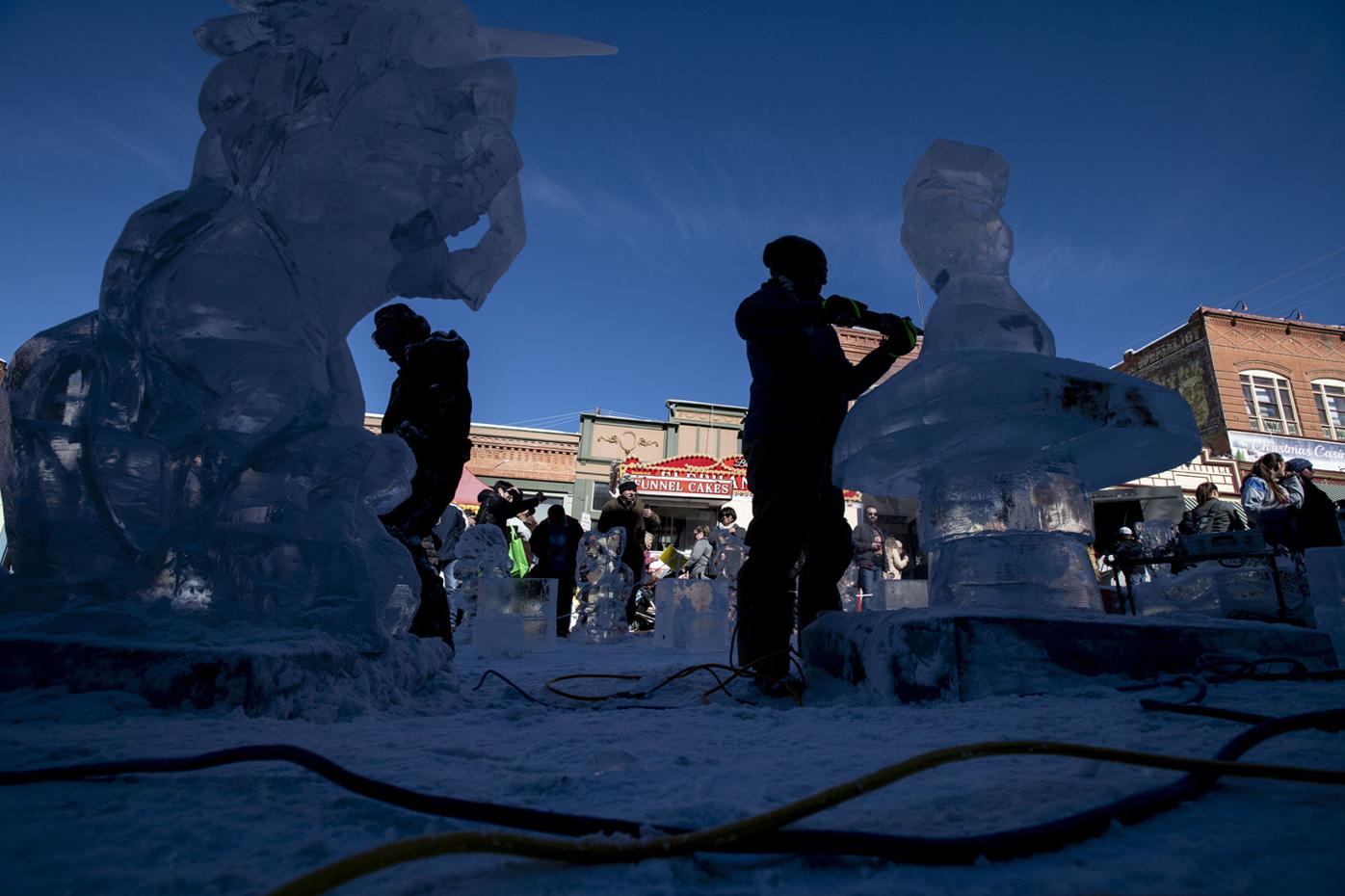 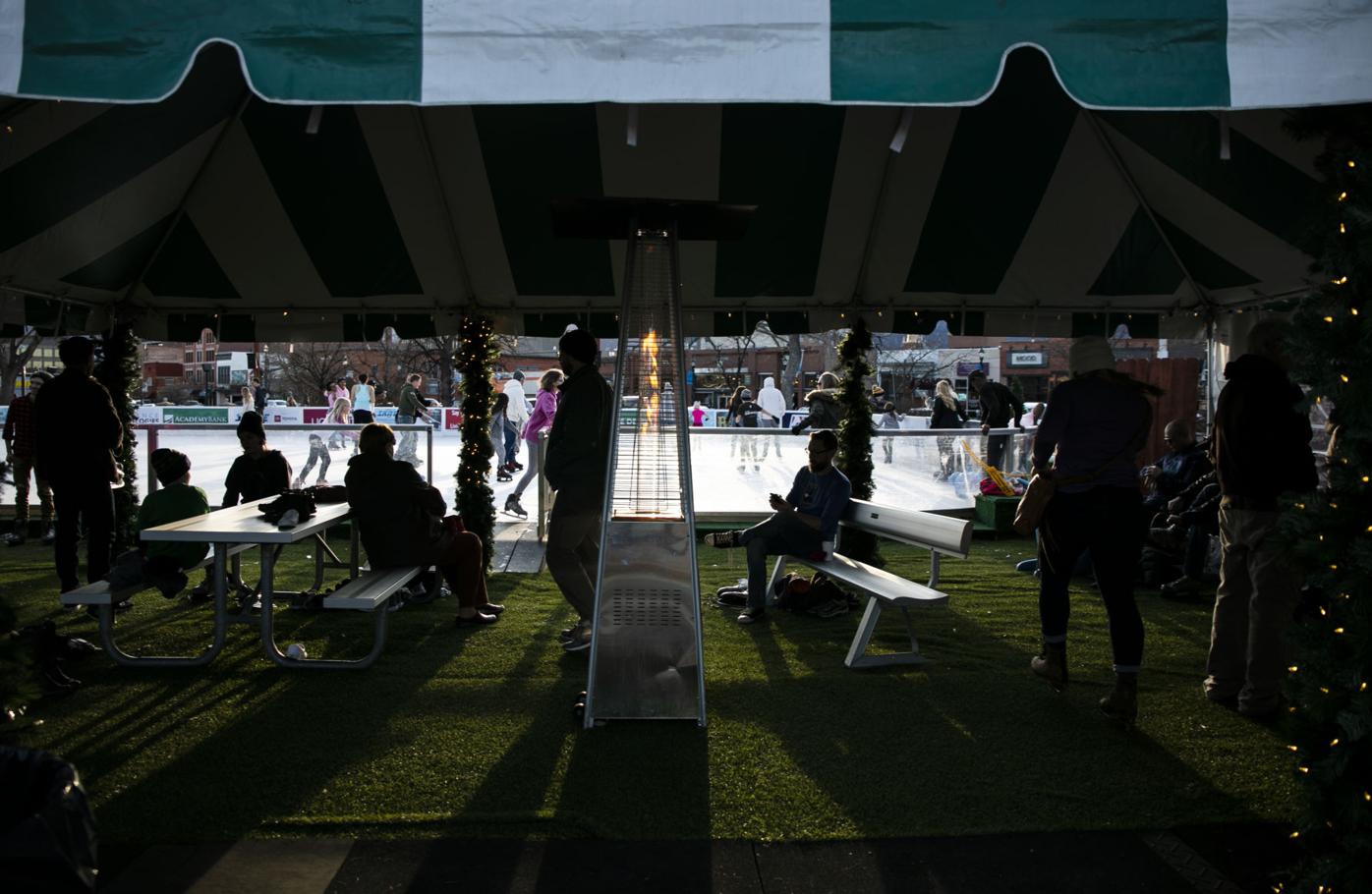 People gather for Skate in the Park at Acacia Park. Gazette file 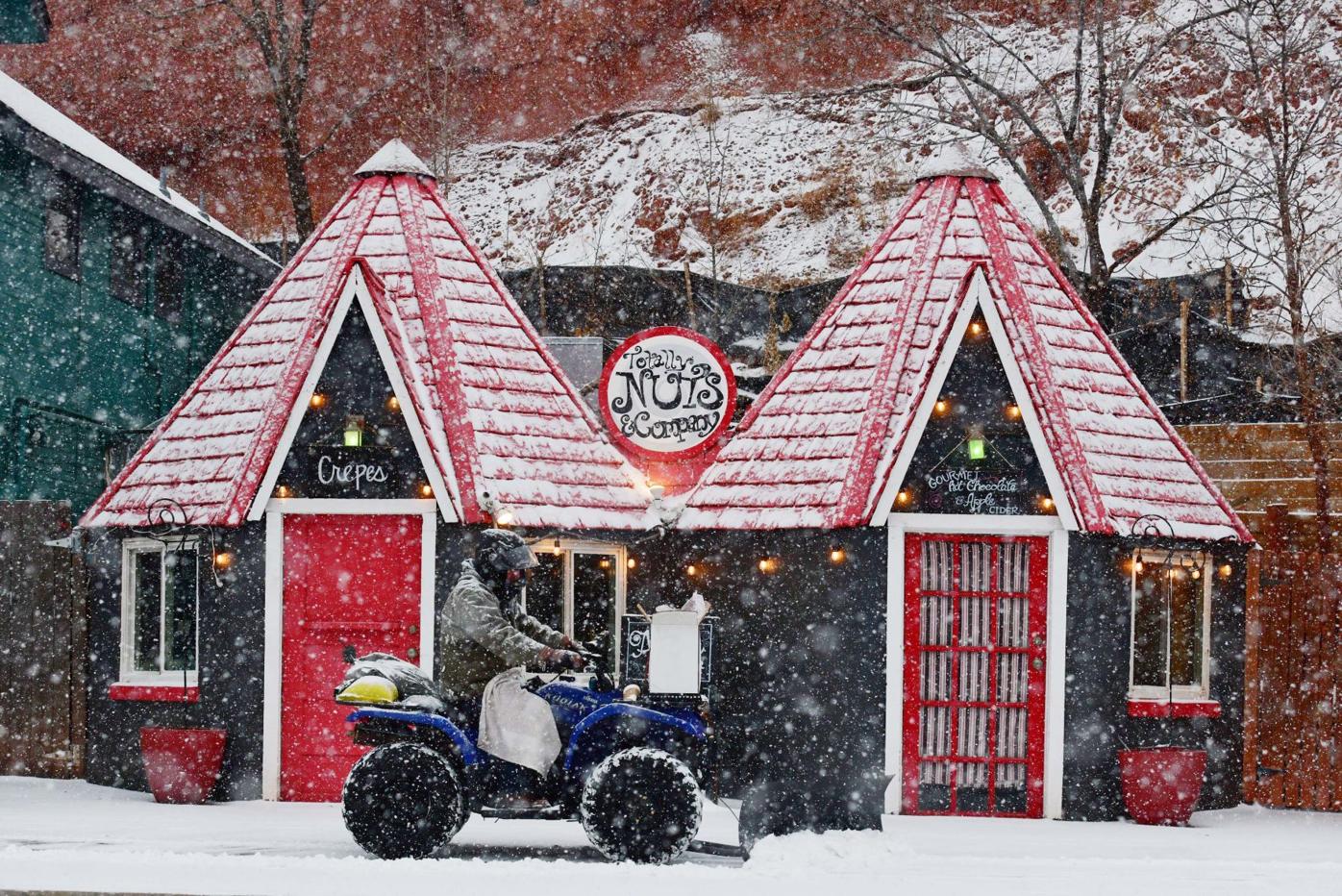 Visitors hike through Garden of the Gods Park Friday, Feb. 12, 2021, on a cold, snowy day in Colorado Springs. A light snow was falling and temperatures were in the single digits. (The Gazette, Christian Murdock)

The Broadmoor in Colorado Springs traditionally decorates itself in lights during the holiday season. THE GAZETTE FILE

Ducks and geese float on the lake at The Broadmoor.

People gather for Skate in the Park at Acacia Park. Gazette file

One reason to love Colorado Springs in the winter? How about U.S. 24? That’s the locals’ go-to route to the ski slopes — a much quicker option than dreaded Interstate 70.

That’s just one thing to never take for granted during the season in the Pikes Peak region. Here are others:

Residents tend to avoid Garden of the Gods in the summer, when tourists overload the city’s crown jewel. Winter is the time to go, when it’s quiet and the sandstone cathedrals are draped in white. Red Rock Canyon Open Space is similarly delightful, along with North Cheyenne Cañon, Palmer Park and any of the city’s wild preserves.

To the west in Teller County, Mueller State Park boasts meadows and woods that are ideal for snowshoeing and cross-country skiing. Those pursuits are also popular nearby at the more secluded and rugged Crags Trail.

This Victorian institution is best admired when the halls are decked with boughs of holly. The walls and trees outside dazzle with more than a million lights. And the gingerbread gallery is another fun tradition. Check out nearby Seven Falls for a frozen series of cascades that shine with multiple colors.

Chainsaw sculptors from near and far flock to the historic scene of the Pikes Peak or Bust gold rush. Their larger-than-life creations amaze on the main street, spanning everything from mythical creatures to tunnels and slides that thrill the kids. The festival typically takes place in February.

Skate in the park

The ice skating rink fashioned at Acacia Park is a wintertime tradition in the Springs.

Families and couples on romantic nights out glide around the rink under the stars in the heart of downtown. And when it’s time for a break, they’re only a hop, skip and a jump from restaurants and bars.

If you prefer your holiday gifts to be local, there are plenty of options to choose from in the Springs. You’re sure to find something unique at any of the boutiques and galleries scattered across downtown and west to Old Colorado City and Manitou Springs.

Nothing like swapping the cold for the warmth of a movie theater. Kimball’s Peak Three is the place in the Springs. The downtown staple is sure to screen Oscar favorites, to be enjoyed with popcorn and a beverage from the bar.

Everybody sees the cool mineral springs spouting from fountains along the town’s main drag. Fewer rejuvenate in the heated waters maintained by Sunwater Spa. You’re guaranteed peace and healing in the wooden tubs perched on the spa’s deck, with views of Pikes Peak and the glistening foothills.

After a years-long closure, The Broadmoor Manitou and Pikes Peak Cog Railway has reopened with new trains and a new snow cutter. The improvements are expected to expand possibilities up the mountain in winter.

Keep an eye on the schedule for themed rides with special guest Santa.

Tips to cross-country skiing in Colorado: Where to go and what you'll pay

A look at Winter Festivals and events around Colorado

The best of Colorado skiing, from couple who hit 33 mountains and hills last season