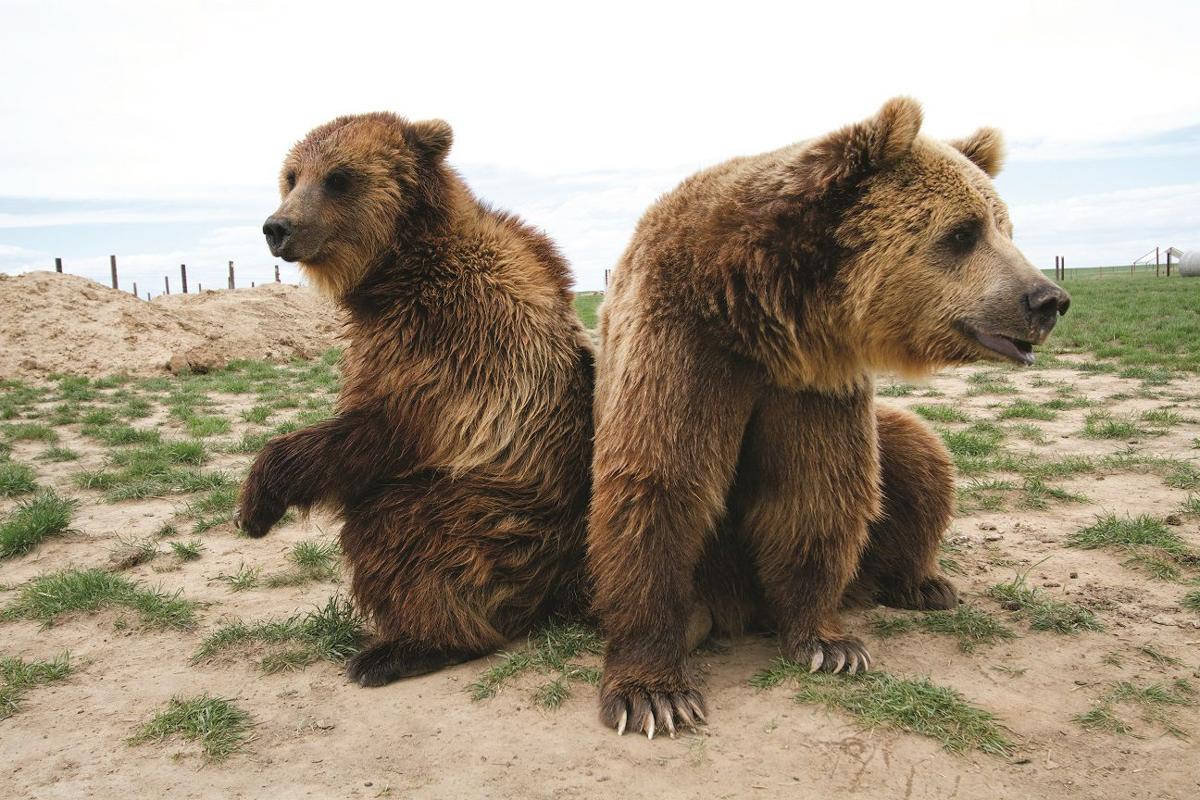 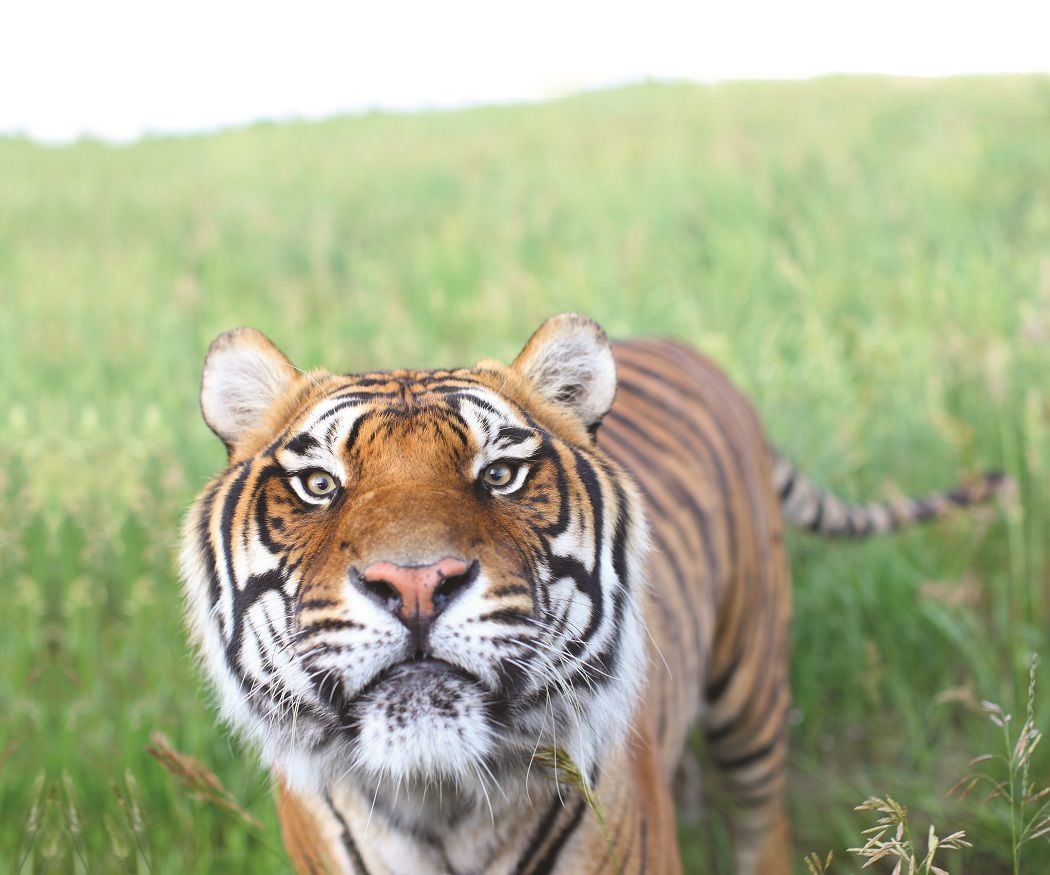 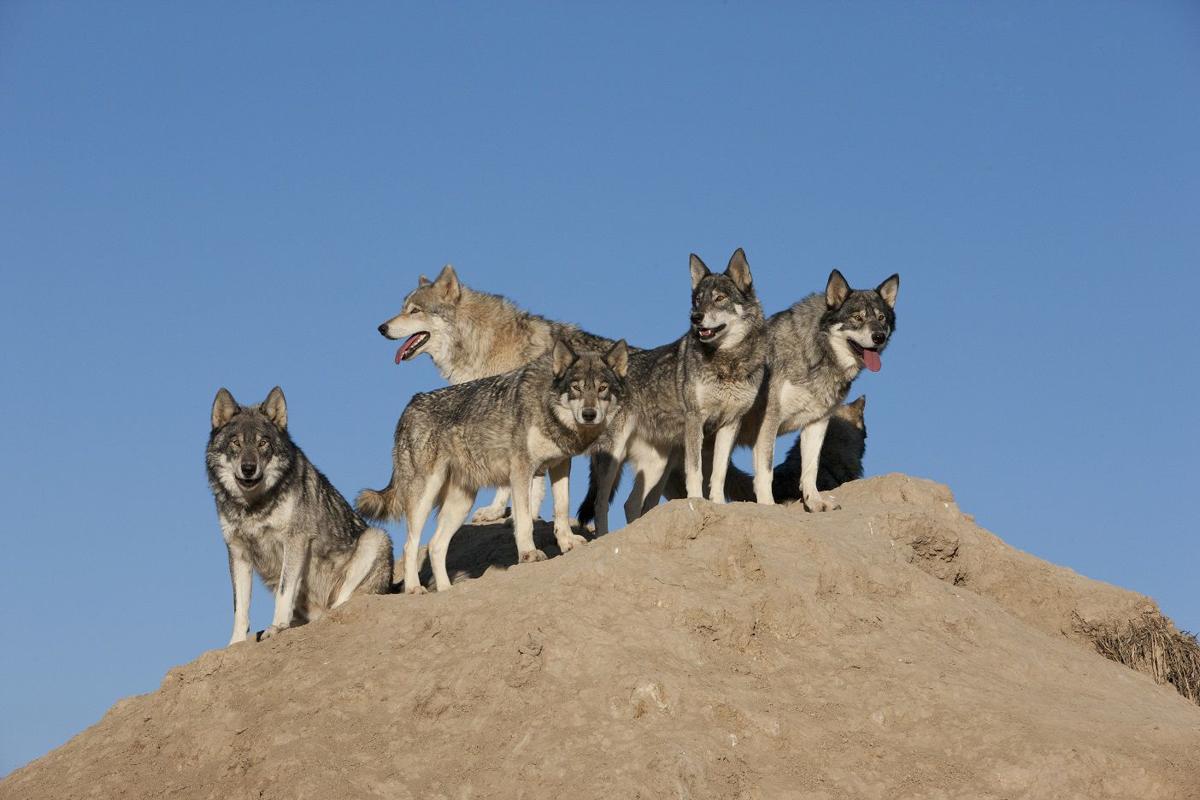 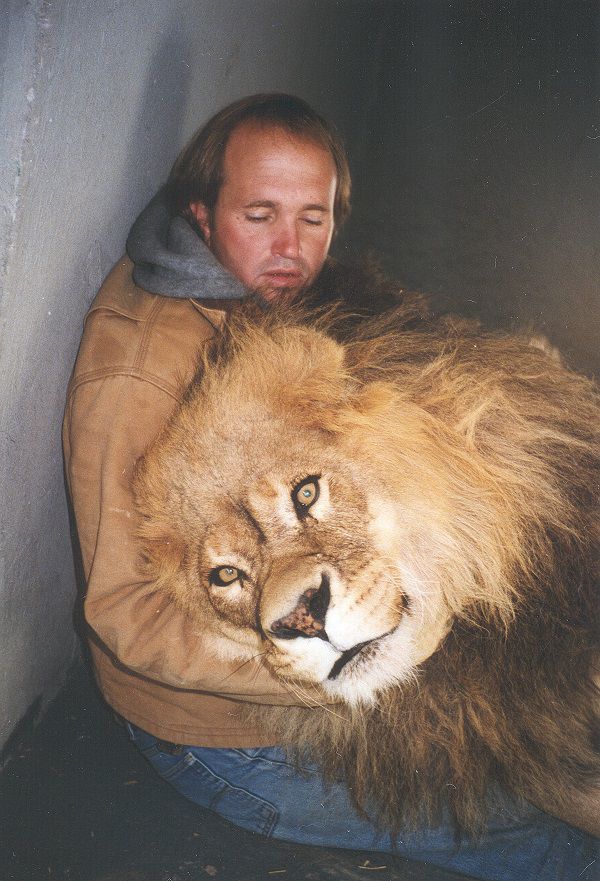 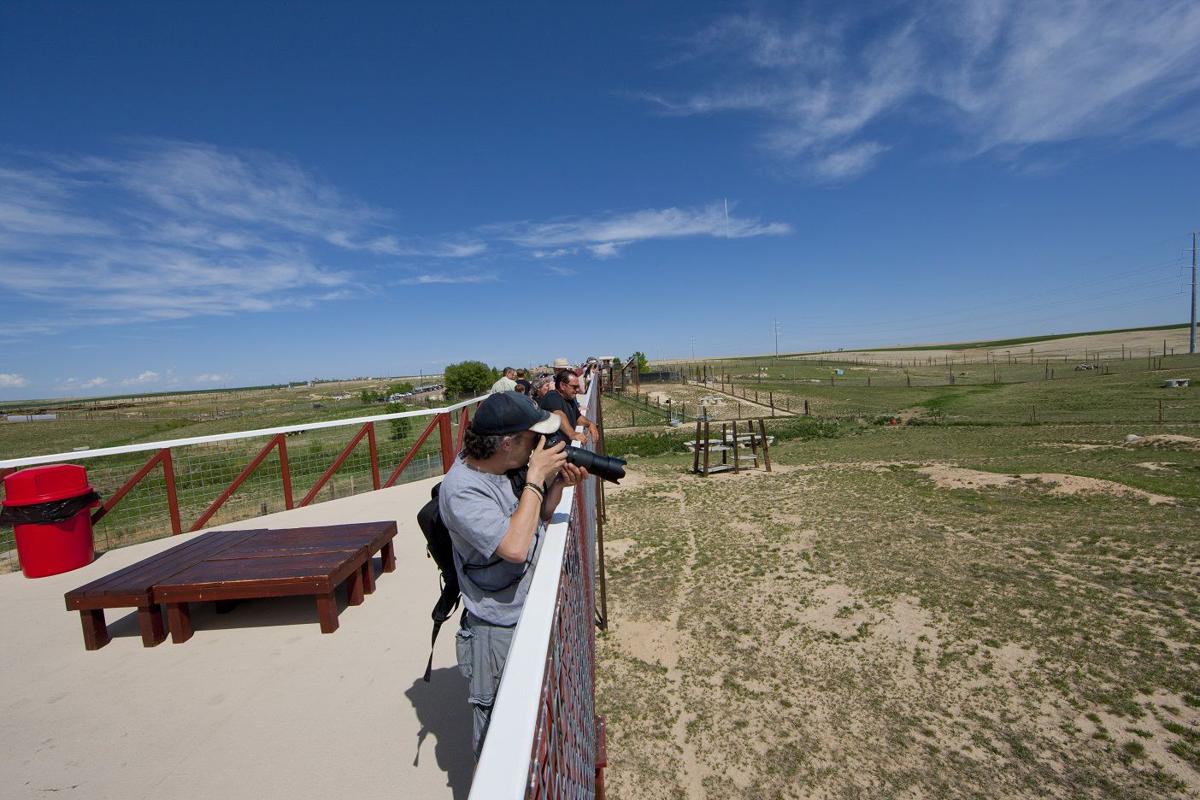 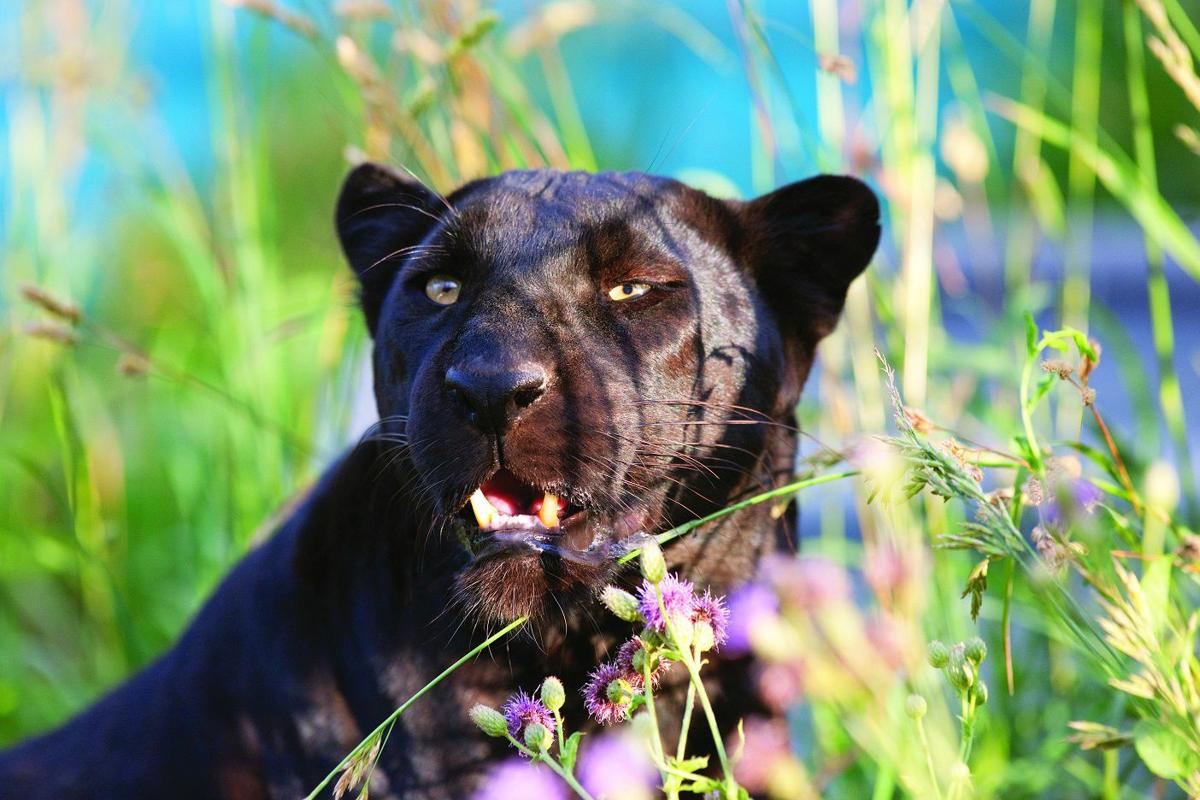 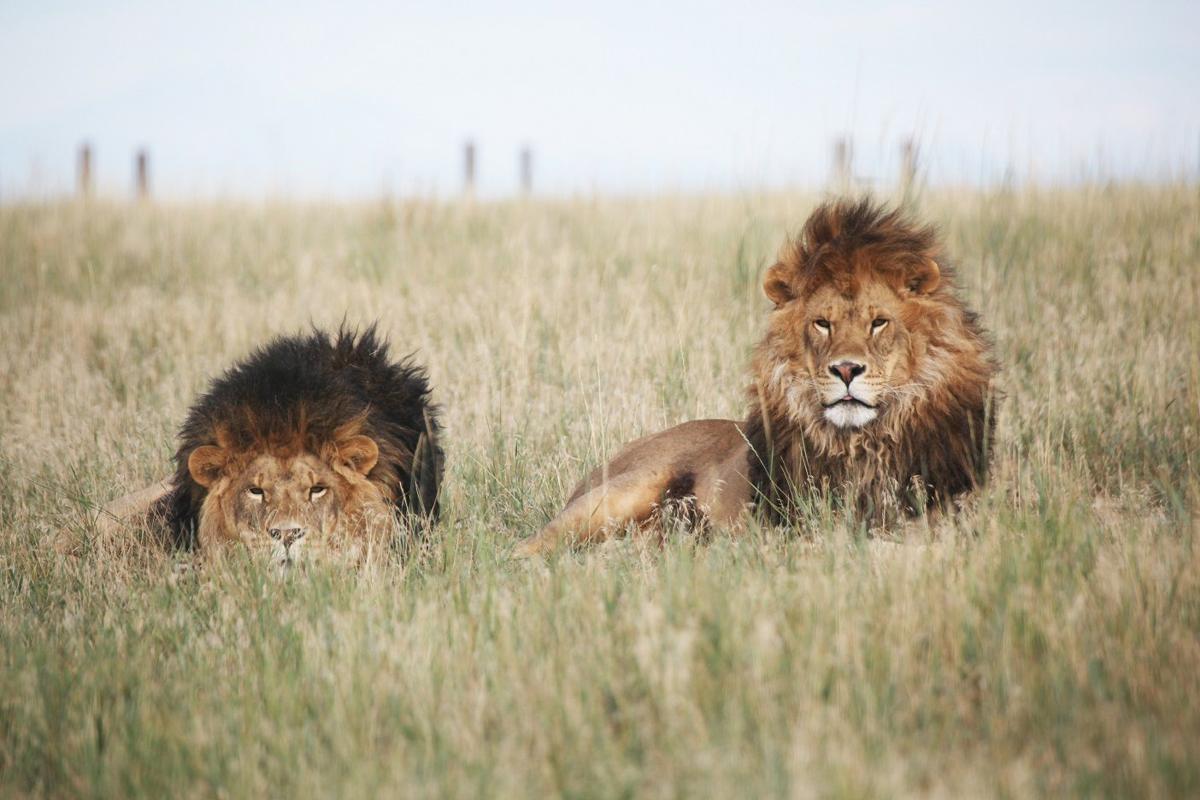 Rescued from zoos, foreign circuses, and basements, these animals have been rehabilitated from illegal and abusive environments and given the chance to live the rest of their natural lives in a healthy and stimulating habitat – all thanks to the vision and dedication of one man.

“I can’t imagine doing anything else,” said Pat Craig, founder and executive director of The Wild Animal Sanctuary (TWAS), located outside Keenesburg, Colo.

Founded in 1980, TWAS rescues between 50-100 animals each year and is the largest carnivore sanctuary in the world. The sanctuary is currently home to three wolf packs, seven African lion prides, and 135 grizzly and black bears. “We’ve also got an ostrich, some emus, a few alpacas, a camel, a coati mundi, horses, and some foxes right now,” Craig said. “It’s quite the variety.”

Craig, a Colorado native raised on a farm near Boulder, developed a love for animals at a young age, though he never planned to pursue a career in zoology or veterinary medicine. That all changed when he visited a friend who worked as a groundskeeper at a zoo in North Carolina.

“He took me on a tour behind the scenes, I had never seen anything like it before,” Craig said. “They had tons of lions and tigers in the back, way more than you see up front. My friend told me that most of the surplus animals were euthanized; I thought that was terrible and I wanted to do something about it.”

Craig contacted state and federal government offices to see if there was a way to make euthanizing zoo animals illegal. It was a dead end, but Craig refused to give up. “I remembered my parents still had their small farm, so I got it licensed and just started building it into a sanctuary for a dozen animals or so.”

Once he established the space, Craig contacted zoos across the country to see if they would send their unwanted animals to the sanctuary instead of euthanizing them. “We got over 300 responses in the first month, and this was before computers and cell phones. We didn’t even have a fax machine, it was all just typed up letters,” he said.

Though he initially focused on taking in carnivores, which have the highest euthanasia rate in zoos, Craig received requests to take in alligators, monkeys and other exotic animals.

Around the same time, the State of Colorado was the first to pass a law making it illegal to keep certain exotic animals – including tigers and lions – as pets. “Within two years, we were getting all kinds of calls from law enforcement to take in animals they were finding in people’s apartments,” Craig said. Eighty percent of TWAS animals have been rescued from domestic situations across the U.S. “Sheriffs will call and say ‘We’ve got this in a basement or a barn, and I’m heading out. If you can make it out, the animal is yours, but if you’re not there, I’ve got to shoot it.’”

The sanctuary grew rapidly, and Craig had to move it twice, finally settling it into the current location 20 years ago. TWAS is now one of few true animal sanctuaries its size in the country. Craig said. “Ten years ago, we went to the state legislature to get the word ‘sanctuary’ defined. They created a license for it that’s different from a zoo license, and only a handful of us in the country meet that criteria,” Craig said. “We don’t breed, sell, or exploit the animals in any way.”

For 22 years, TWAS was strictly private land, but in 2002, it opened to the public. “We didn’t want animals just pacing like in the zoos,” Craig said. “See, zoos have had it wrong for a long time, putting people on ground level with animals, it makes them nervous. But, we figured out that when people are on a roof, the animals could care less, they don’t feel threatened.”

Craig had a mile-long elevated walkway constructed 10 feet above the habitat for guests to look down and observe the animals. “We’re adding another half mile this summer and building a new welcome center,” he said.

But don’t expect a dog-and-pony show.

“We’re not about that – it’s all just commercialization, this is the real deal,” Craig said. “When people learn about us, they’re often overwhelmed. It’s enough just to be in the presence of such incredible creatures.” Each animal goes through a rehabilitation process when they first arrive at the sanctuary. “If they grew up in captivity or an apartment, they have a skewed perspective and have no idea they are a tiger or a bear. We help build their confidence and show them who they really are, then their natural instincts come out,” Craig said. In 35 years, TWAS has never had an animal fail to rehabilitate. “It just takes time and patience.”

The sanctuary is open seven days a week, and 145 volunteers and 40 staff members keep 200,000 annual visitors informed, miles of operations running smoothly, and hundreds of animals fed. “We go through more than 25,000 pounds of meat and food each week,” Craig said.

How does a nonprofit operation this size keep up with expenses?

“We’ve always been able to get in-kind gifts, like building materials,” Craig said. “But, we’ve also got about 150,000 supporters who are everyday people giving $50 a month. We don’t have giant grants, and entrance fees just cover the costs of keeping it open to the public, like restrooms and parking.”

TWAS is still growing, with plans to construct an education center to help visitors learn about the rescue and rehabilitation process. Craig also plans to purchase more land soon. “What we’ve got is almost full,” he said. “We’ve got 33 lions coming from Peru in July, and there will be plenty more down the road.”

Hannah Blick has lived in the Pikes Peak region for six years. She studied journalism at Kansas State University and enjoys biking, skiing and hiking in the Rockies.