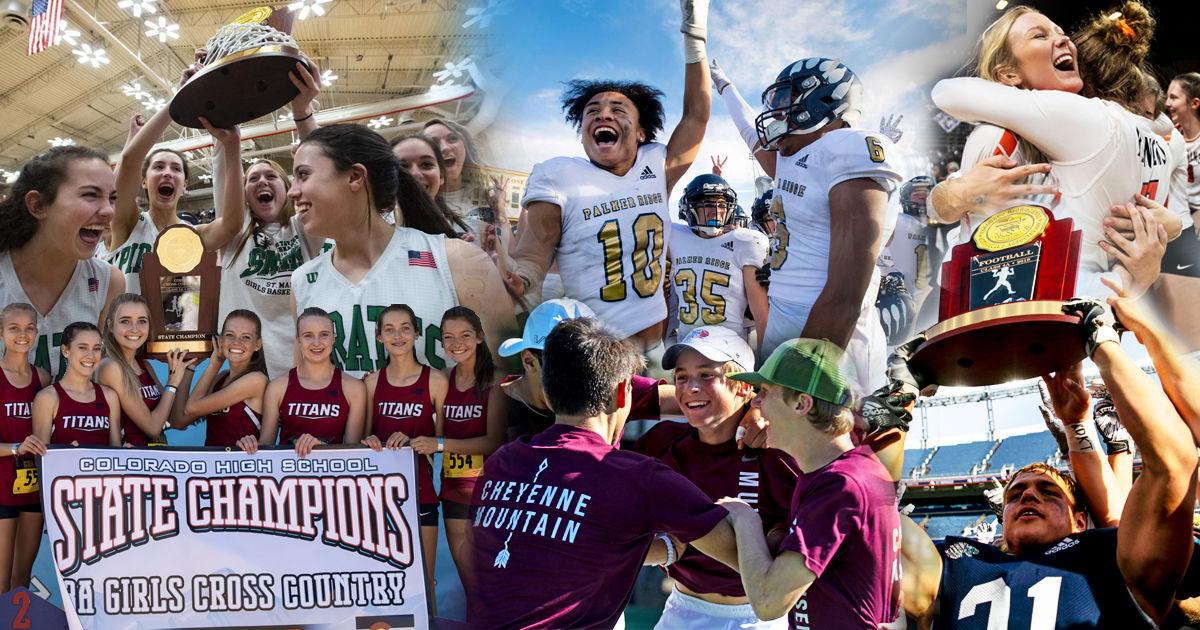 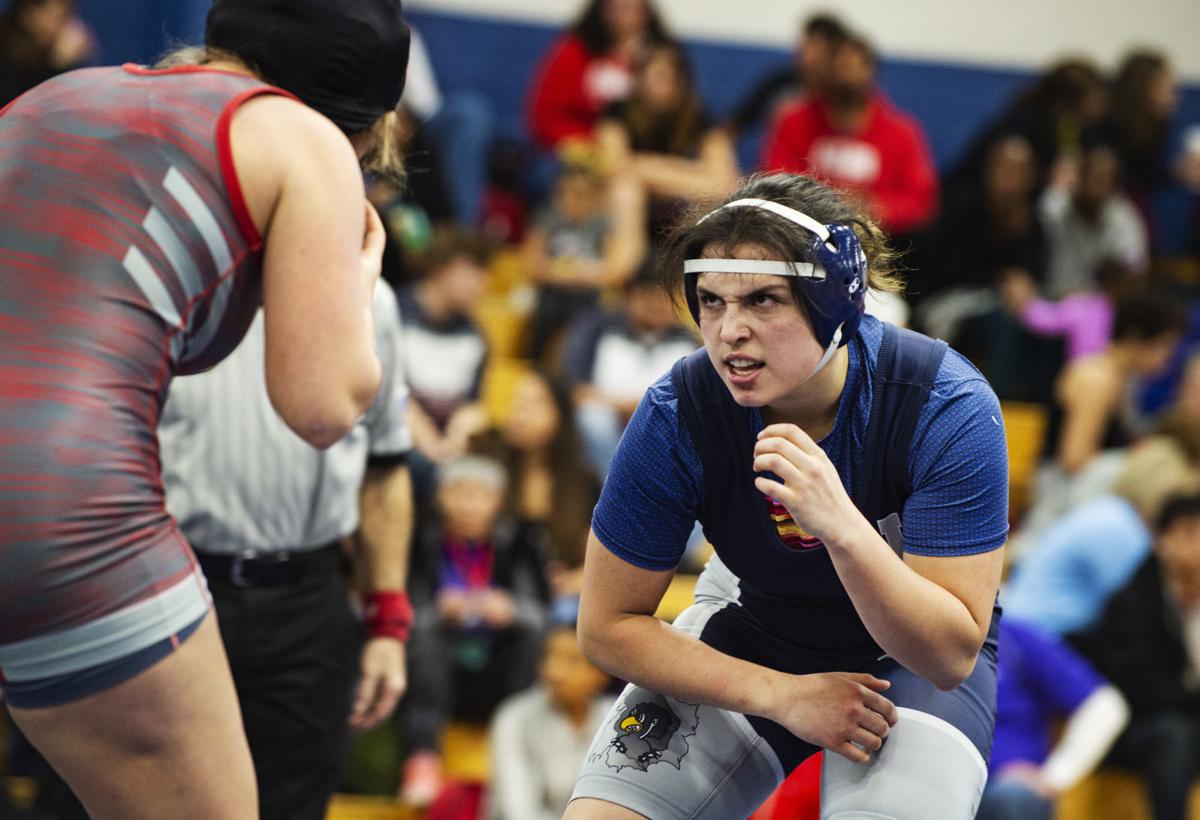 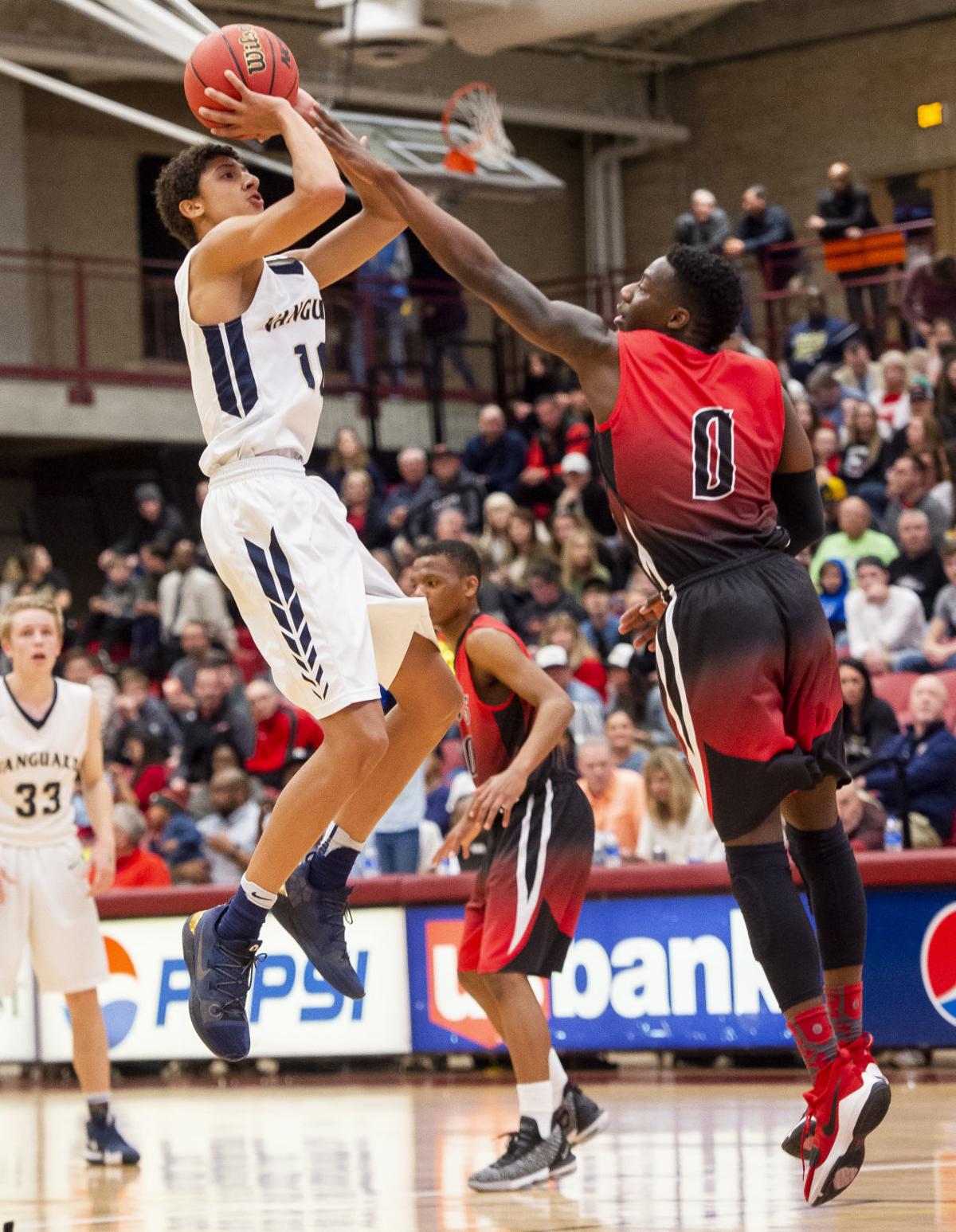 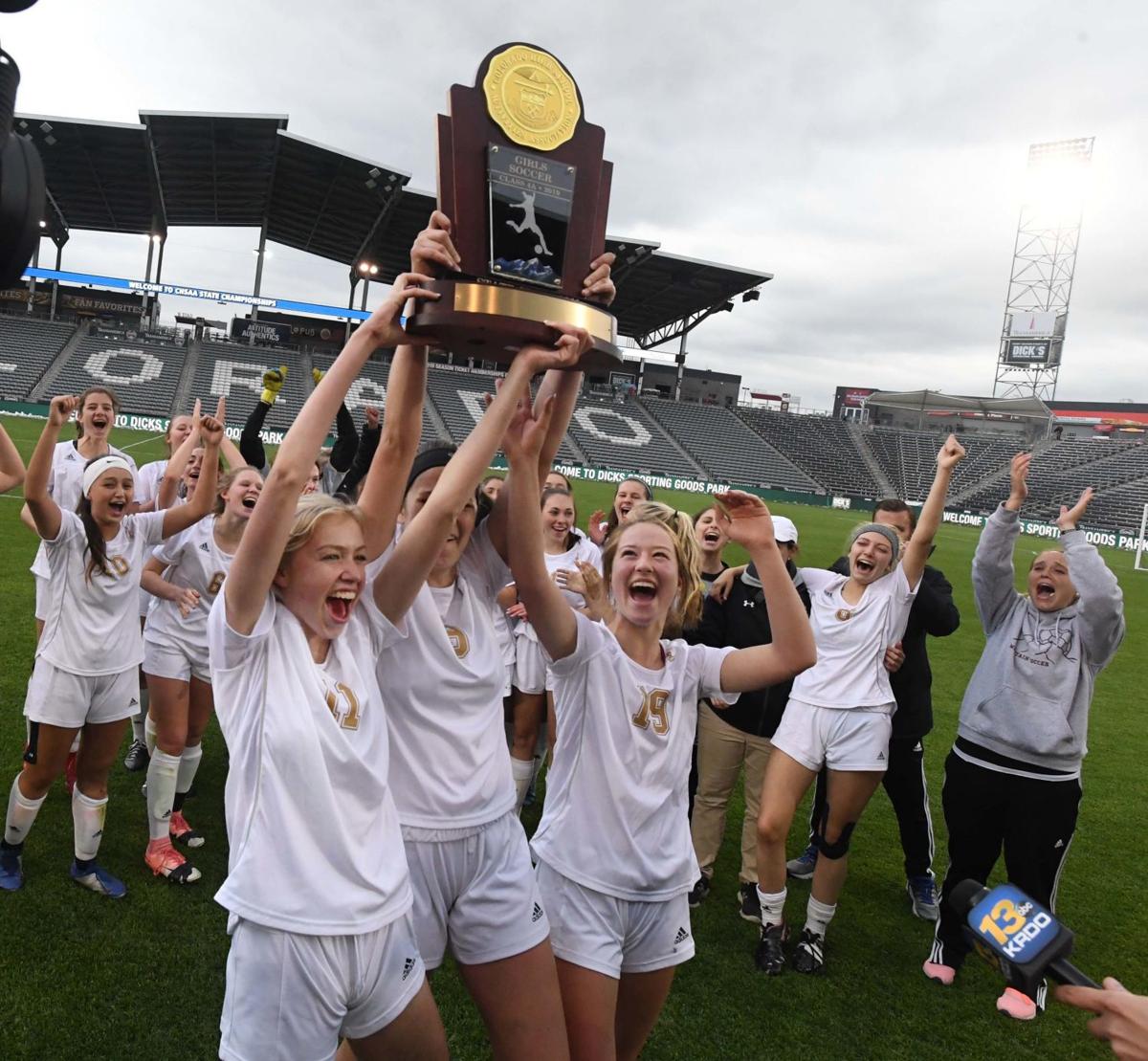 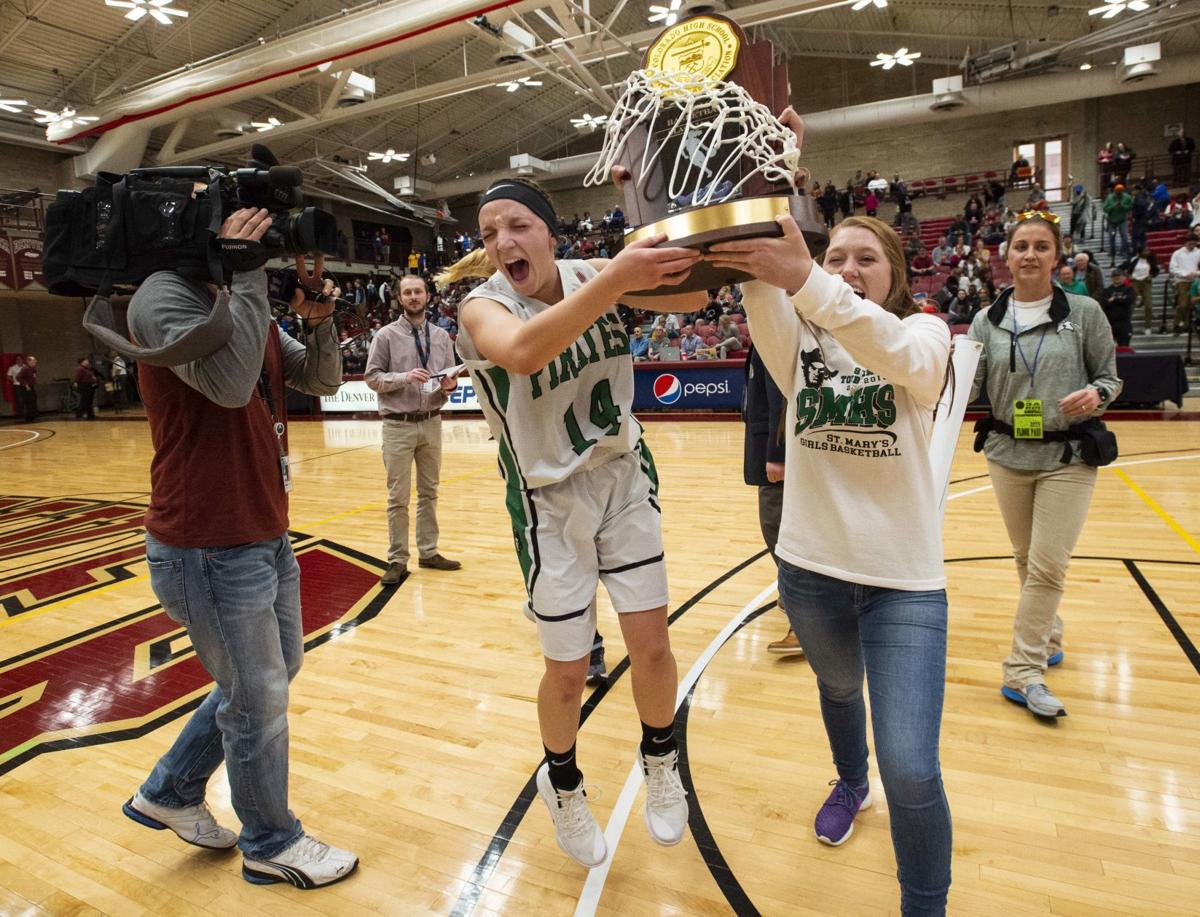 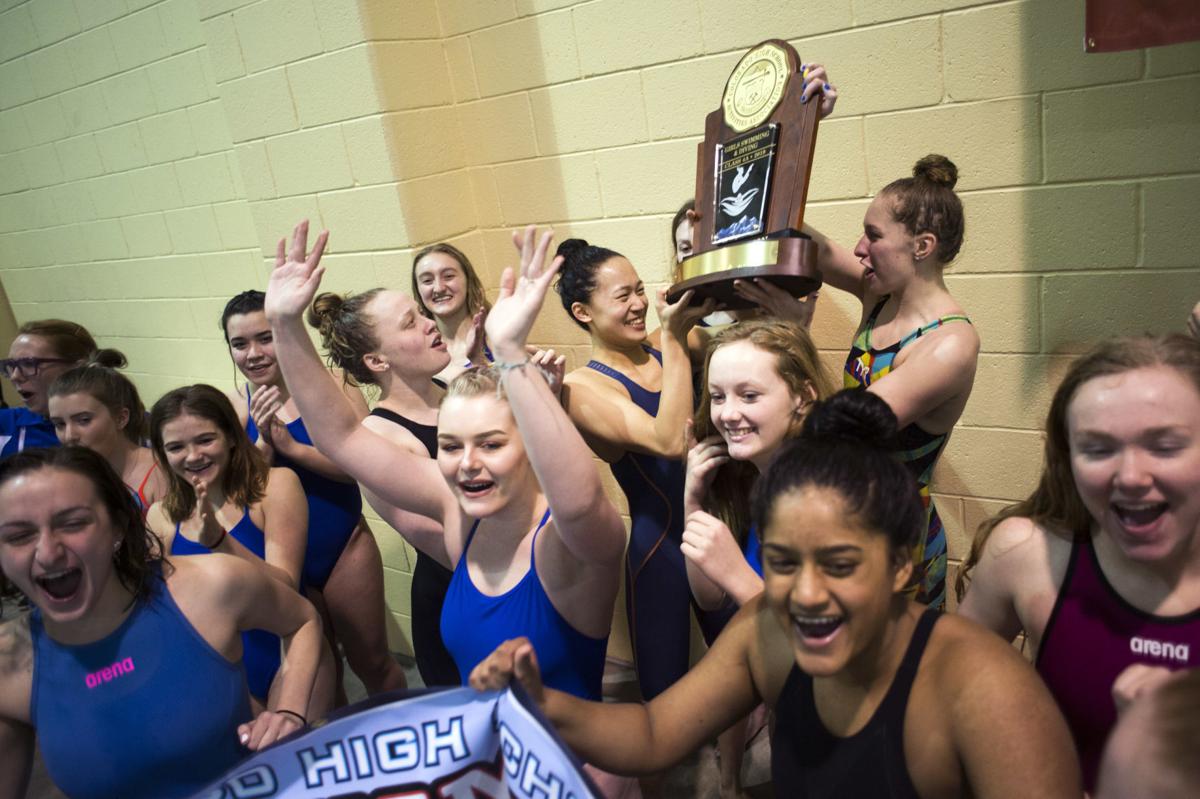 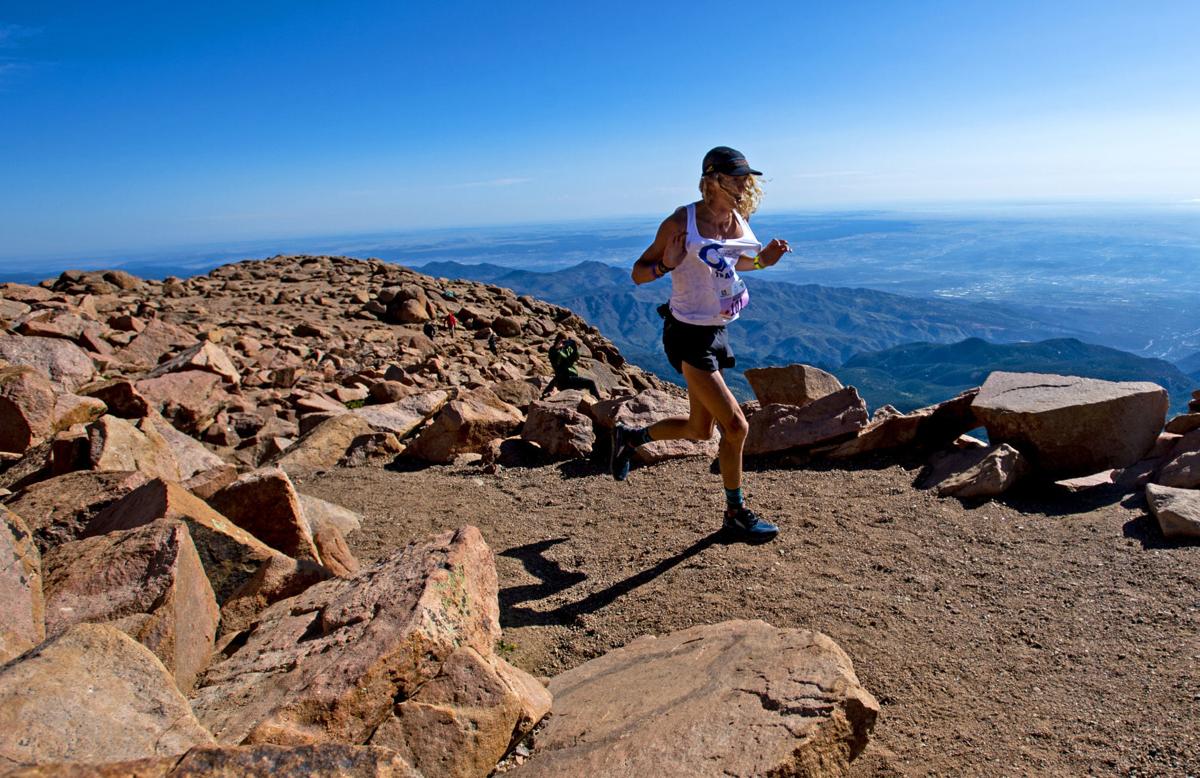 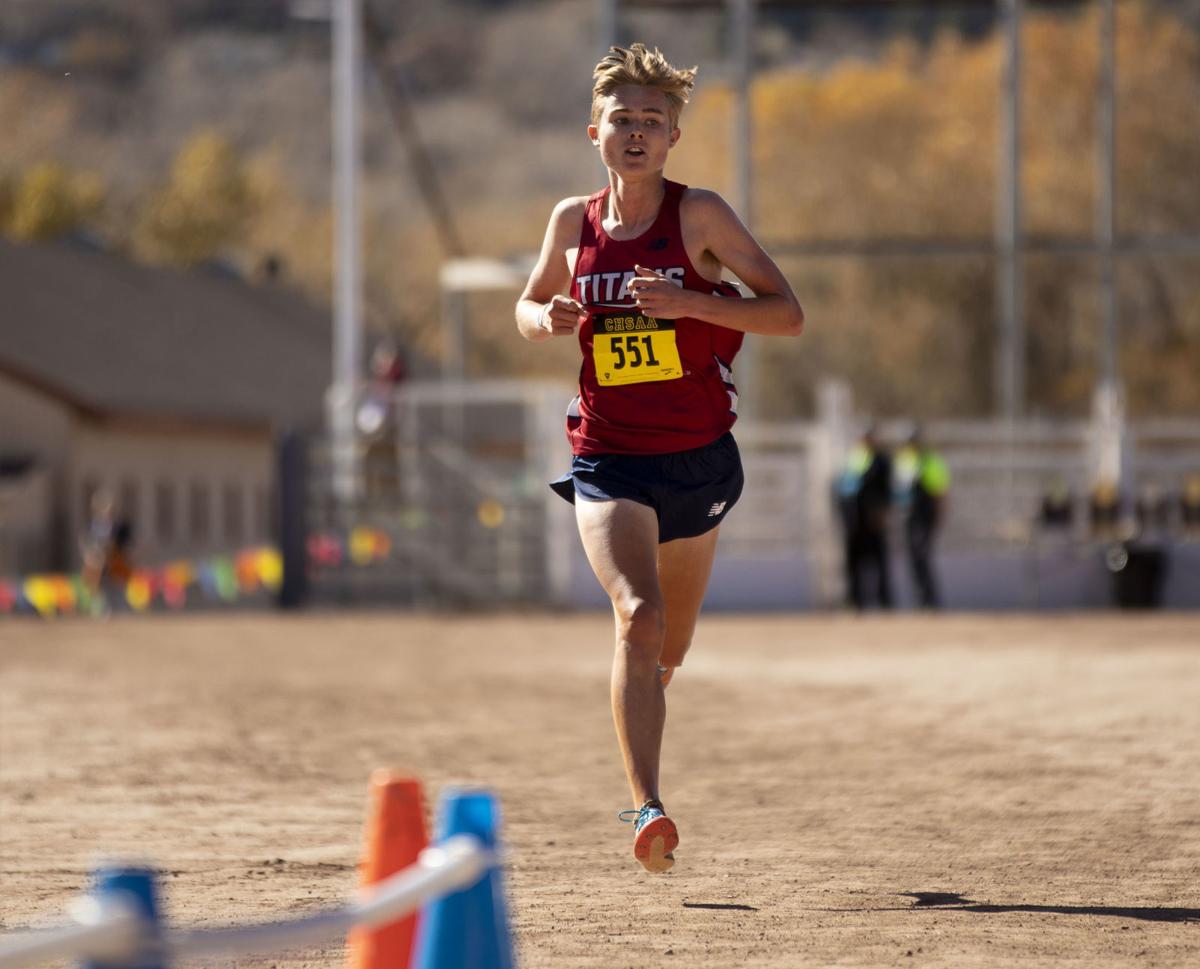 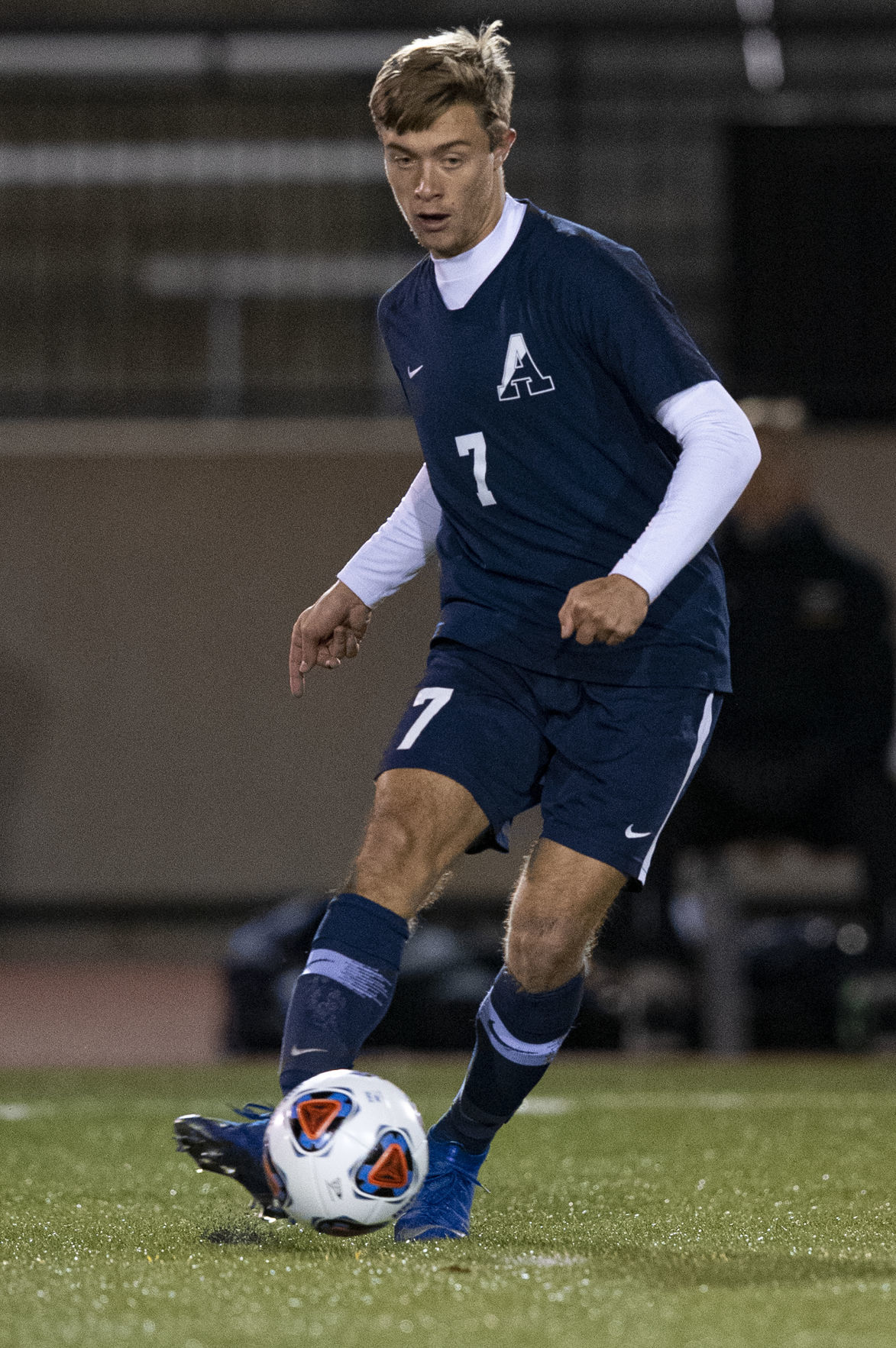 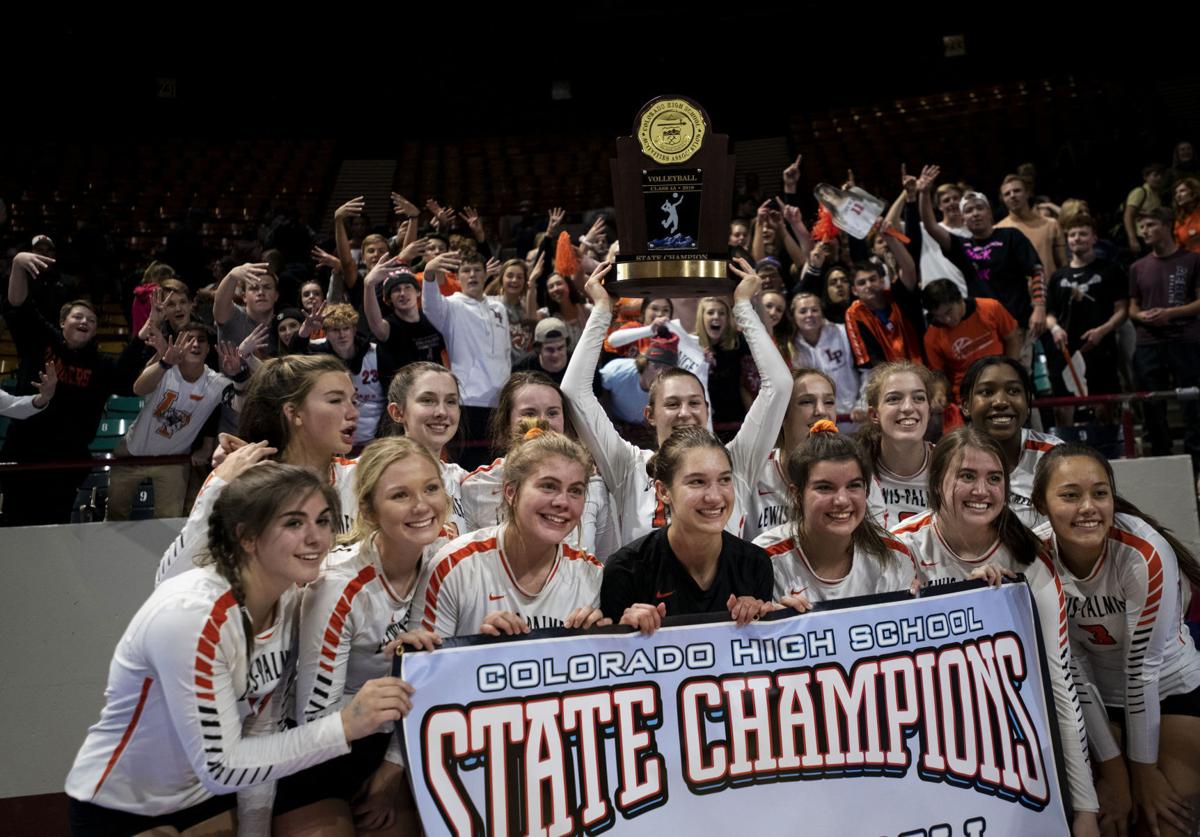 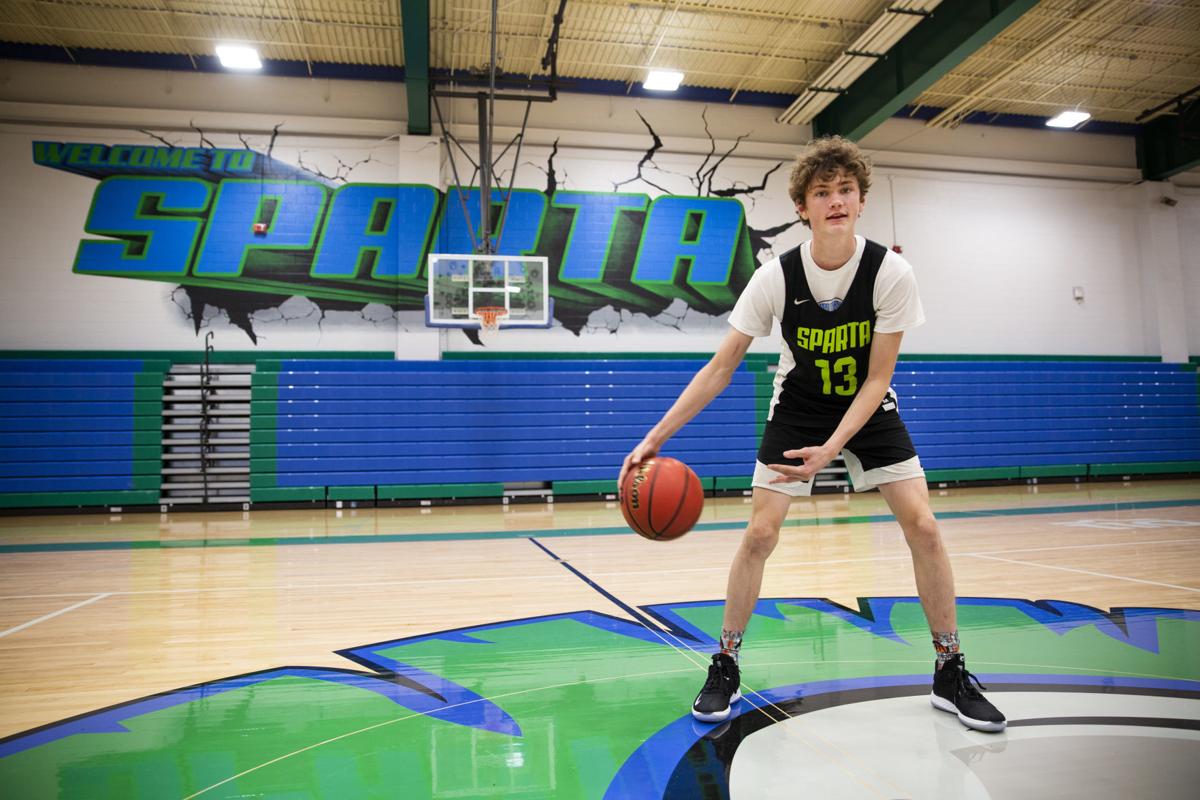 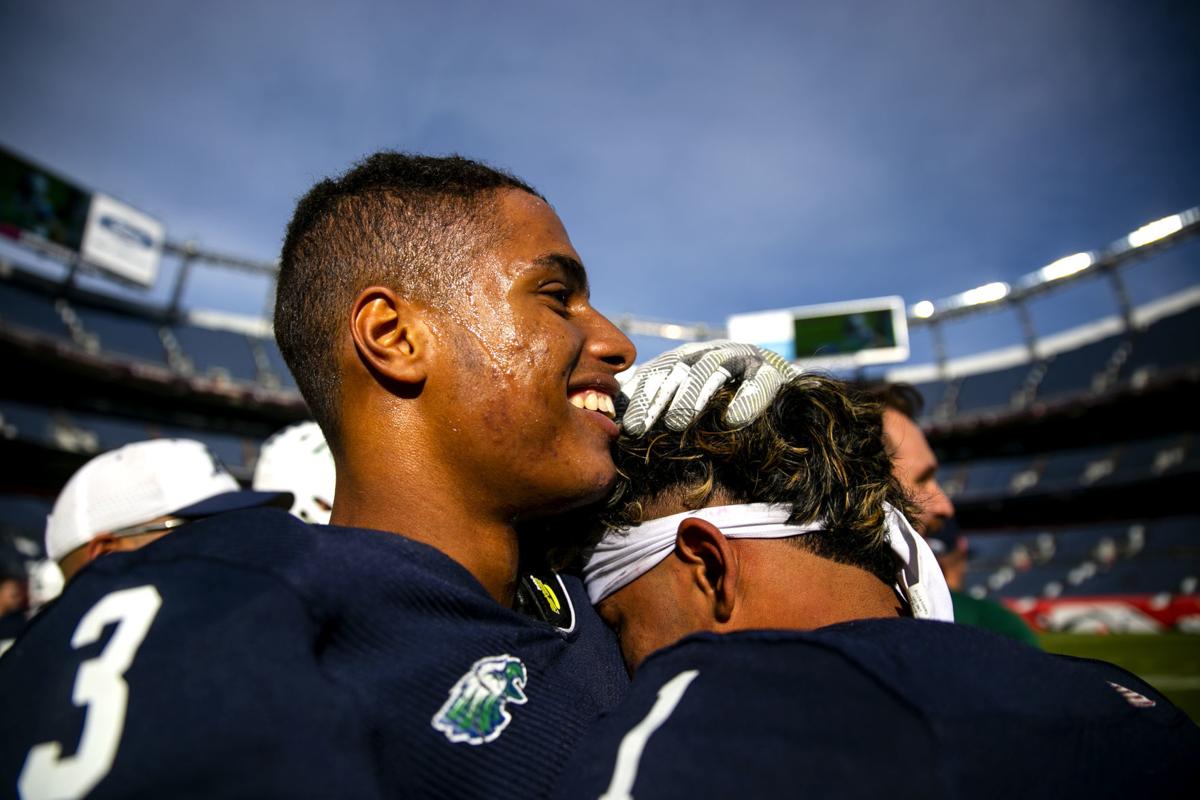 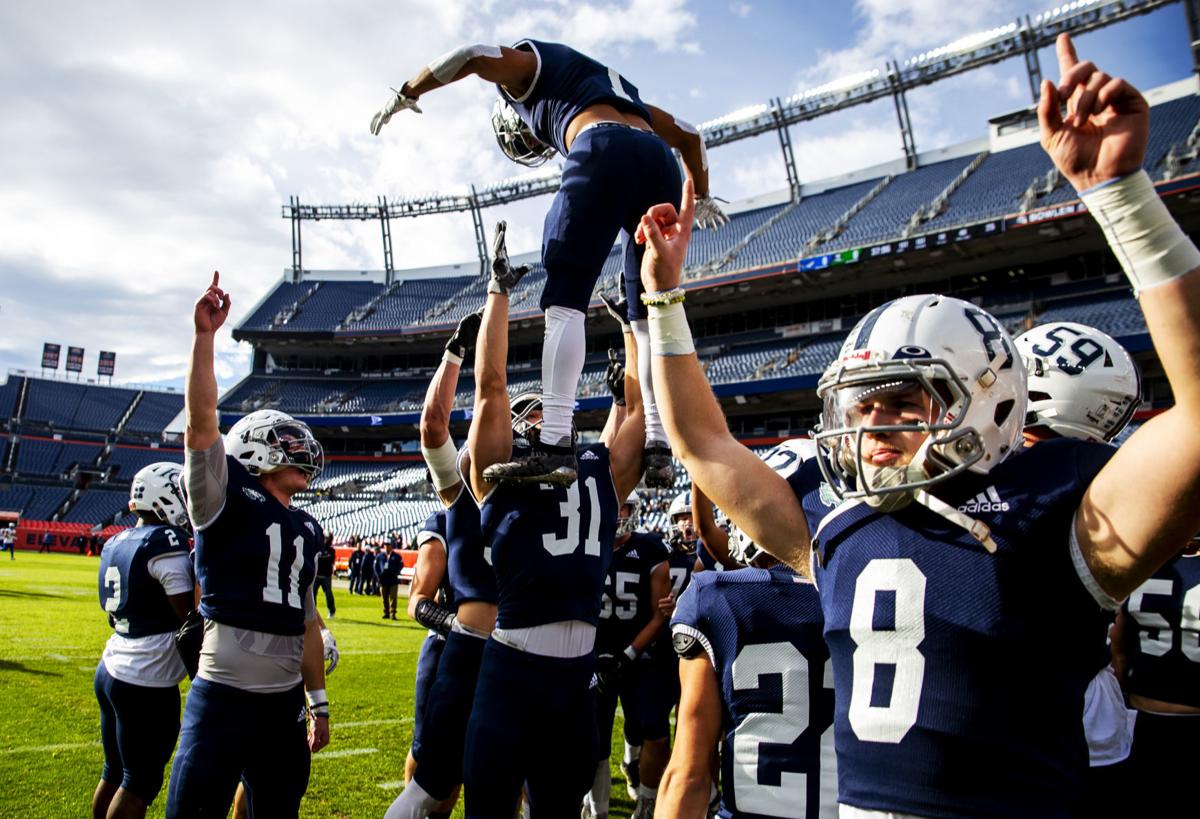 On Jan. 23, 2019 then-sophomore Schafer Reichart was airlifted to Children’s Hospital in Denver with a life-threatening infection spawning from a case of the flu.

The Doherty basketball player was placed on a life-support ECMO machine for three days before he began a long road to recovery.

Thanks to his family’s updates on social media, Reichart’s story spread through Colorado and beyond with a number of local basketball teams sending well-wishes and supporting the Reichart family any way they could.

A week after his admittance to Children’s Hospital, Reichart received a visit from Tony Alford, a Doherty graduate and the running backs coach at Ohio State — Reichart’s favorite college.

St. Mary's, Manitou Springs give back to Schafer Reichart's family

Schafer Reichart appears to be on the road to recovery

The same day Reichart was flown to Children’s Hospital, a Rampart volleyball player was honored for her brave battle with Postural Orthostatic Tachycardia Syndrome (POTS), a condition that affects the nervous system and blood flow.

MaxPreps and the U.S. Marine Corps presented Grace Wilkinson with a national athlete of the month award for her perseverance and dedication to volleyball after a months-long battle with a mysterious injury.

The Rampart girls’ swimming and diving team earned its second-straight 4A state title in dominant fashion, winning five of 12 events to claim the title by more than 60 points ahead of the second-place finisher Niwot. Cheyenne Mountain placed third.

As St. Mary’s celebrated its championship the Lewis-Palmer boys’ basketball team celebrated a perfect season, capped with a 4A state championship after settling for silver in back-to-back years.

David Ramsey: St. Mary's will - count on it - rule 3A girls' basketball again next season

Cheyenne Mountain girls’ soccer completed the ultimate underdog story, winning the Class 4A state championship as the No. 21 seed — the lowest seed to win a state title in girls’ soccer.

Despite not being approved as an official CHSAA sanctioned sport, the Vanguard boys’ volleyball program locked in a club dynasty in May, winning a fourth-consecutive state championship in Class 3A.

Speaking of dynasty, the Cheyenne Mountain girls’ tennis team claimed its 10th Class 4A championship in 11 years with a five-point edge over Niwot.

After falling in the 2A baseball title game in 2018, Peyton stormed through the regular season and posted a 3-0 shutout in the title game, earning the program’s first state championship.

In a pinch, Cheyenne Mountain's first-year keeper helps Indians to 4A state title

'Murderers' row' does it all for Peyton baseball

Months after helping the Kadets to a 4A state championship, then-junior Thad Dewing was named the 2018-19 Gatorade Colorado Boys’ Soccer Player of the Year — the first from Air Academy.

After his junior season Pine Creek cornerback Max Lofy became one of the area’s most highly recruited football players, earning 14 Division I offers before verbally committing to Wisconsin in July. Lofy signed his National Letter of Intent in December, 11 days after winning the 4A state championship with the Eagles football team.

Vanguard senior Nique Clifford emerged as one of the state’s top-recruited basketball athletes after leading the Coursers to a 3A title-game appearances in 2019. He verbally committed to the University of Colorado in September and signed his National Letter of Intent in November.

TCA senior Mason Norman crossed the finish line in his final high school race in 15:50.8, crowing himself a three-time 3A state champion and helping his team to a second-place finish at state.

The Classical Academy girls repeat as 3A cross country champions

On the girls’ side freshman Sawyer Wilson and sophomore Kennedy McDonald finished second and fifth, respectively, to help lift the girls’ team to a second straight state title.

The Classical Academy girls repeat as 3A cross country champions

The Cheyenne Mountain boys' tennis team captured its first state title since 2012 and the program's 18th overall after placing third in 4A the past two seasons.

No one thought they could after losing all but one starter from the 2018 championship season, but Lewis-Palmer was out to prove everyone wrong. The Rangers clinched their fourth consecutive 4A state championship after a five-set battle against Monument rival Palmer Ridge.

The top two football teams in the Pikes Peak region proved to be two of the best in the state, winning respective football championships in December.

Palmer Ridge won its third consecutive 3A championship, defeating Pueblo South 35-13 in the title game, while Pine Creek reasserted its dominance in 4A by defeating Broomfield 34-3 to win its second title in four years.

After third straight Class 3A title, Palmer Ridge football ready for the next level

DENVER • If there was one word to describe this year’s state wrestling champions from the Pikes Peak region, it’d be this: memorable.