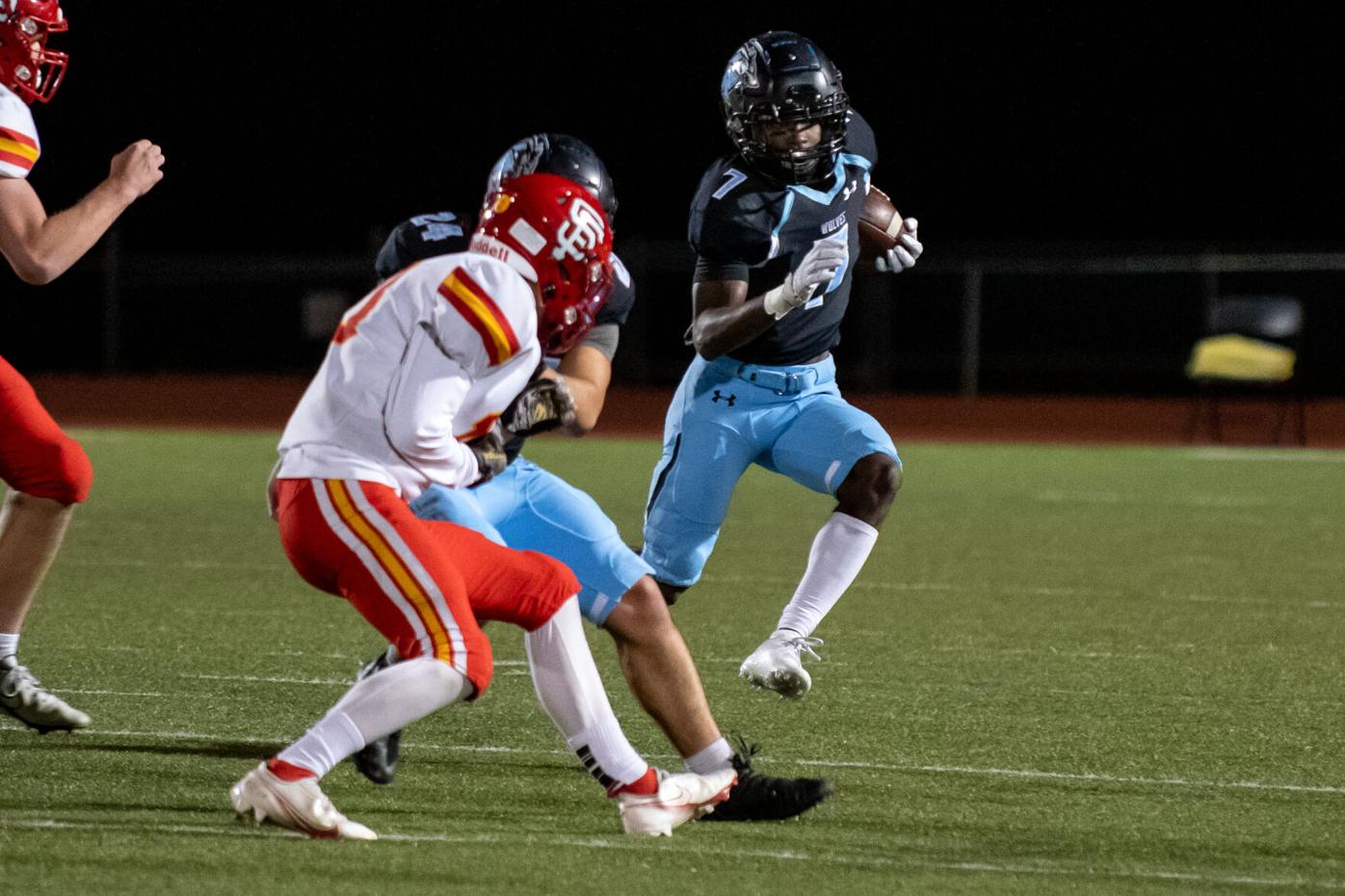 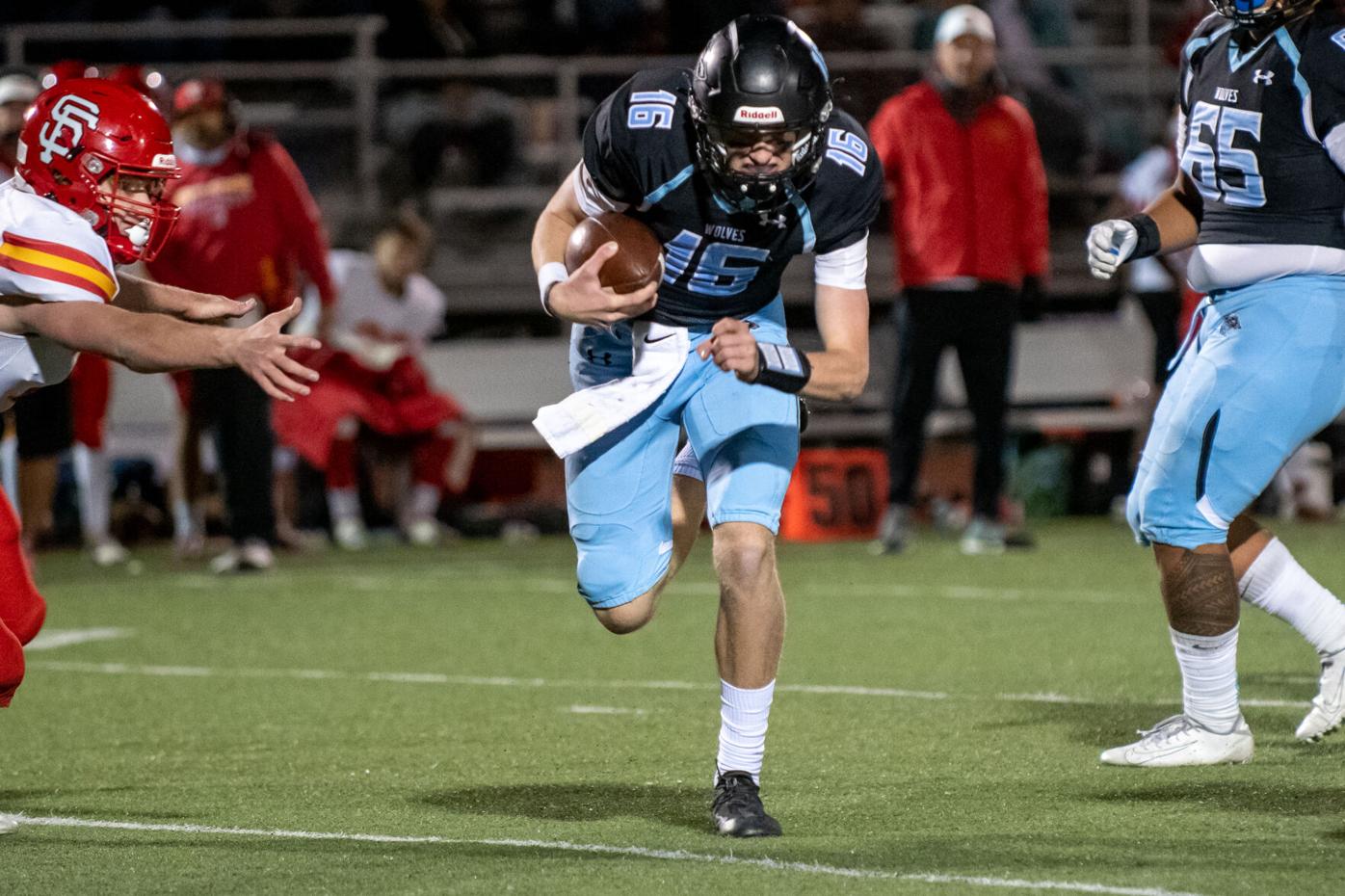 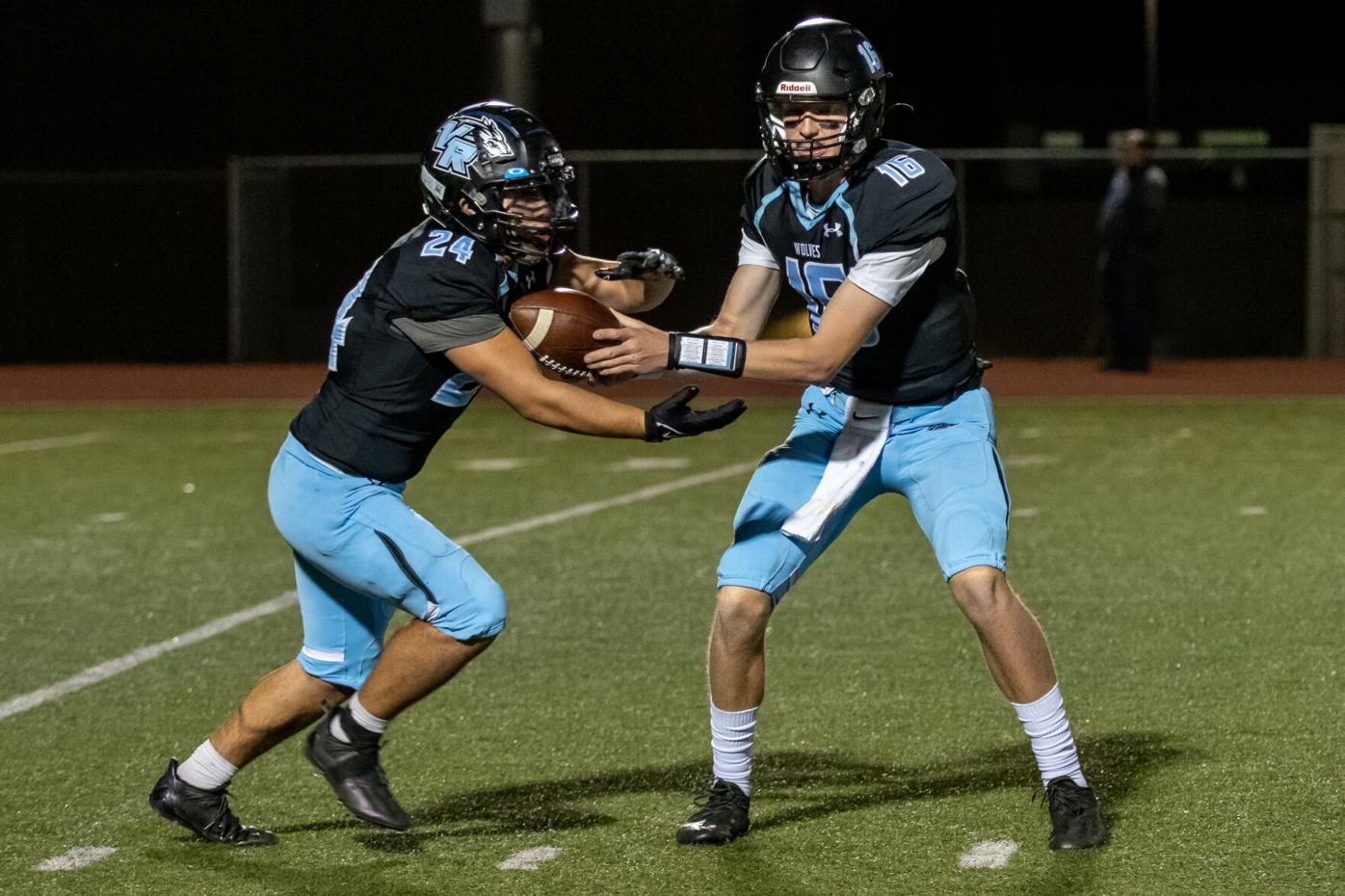 May the best spread win.

Both Skyline and Vista Ridge entered Friday's playoff game sporting a similar, multiple-wideout, air-it-out offense. The latter's proved to make the difference in the Wolves' 43-14 win in the first round of the CHSAA 4A state football playoffs.

Junior Brayden Dorman finished with four touchdowns through the air to three receivers, including two to fellow junior, Brandon Hills.

"Our ceiling is high," coach Mike Vrana said. "We've seen just about everything, all year. Teams try new things every week. I don't know what you do (to guard Hills and us)."

At one point in the fourth quarter, fans from the Skyline section were yelling, 'just cover (Hills), he's all they have.' Therein lies the problem for opposing teams.

Hills has yet to be contained by a defense, even if he hasn't scored in every game. He has a host of talent around him, too.

Junior Keyshawn Dooley caught a touchdown on a fade in the end zone. Senior Kyshawn Bridges beat double coverage to catch a pinpoint throw from 40 yards out for the team's opening score. Junior Gavin Jenkins even skied over a defender and stole the ball from mid-air for a two-point conversion — and much of his playing time has been spent at tight end, not receiver.

The myriad weapons Vista Ridge possesses doesn't allow any one target to be shut down.

Conversely, on defense, the Wolves face one of the state's top quarterback recruits every day in Dorman. Shutting down a high-powered offense like Skyline's proves the value of reps against him.

"When we get to the passing teams, our kids know they won't see anything better than Dorman," Vrana said. "We have a dang 4x100 relay team on offense. No one can match that."

Skyline's 14 points didn't come until the fourth quarter when the outcome was already decided.

While Skyline throws the ball, Loveland's focus is almost solely on grinding down opponents with the run game.

Vista Ridge's tackling Friday was much improved over its loss to Palmer Ridge in which the Wolves held six players out to heal up for the postseason. The burden will be placed on that same lock tight grip each play.

As one of only 16 teams left, Vrana knows it doesn't get easier. His team belongs in the mix, though.

"We've seen enough to know, that if given a chance, we can play with anybody," Vrana said. "Some teams are harder for us to match, especially heavy-run teams. But, if you're in the playoffs, you have a shot."