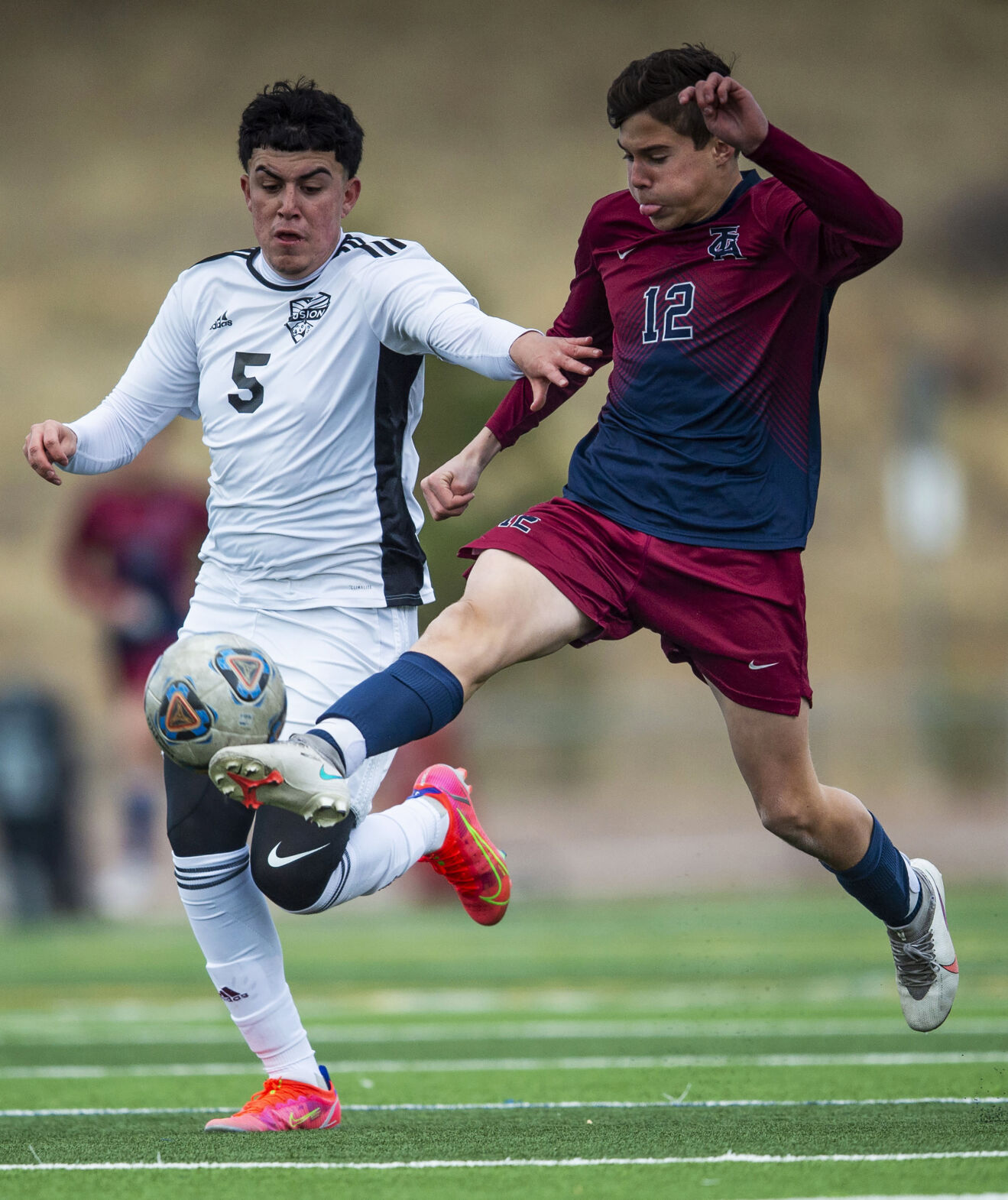 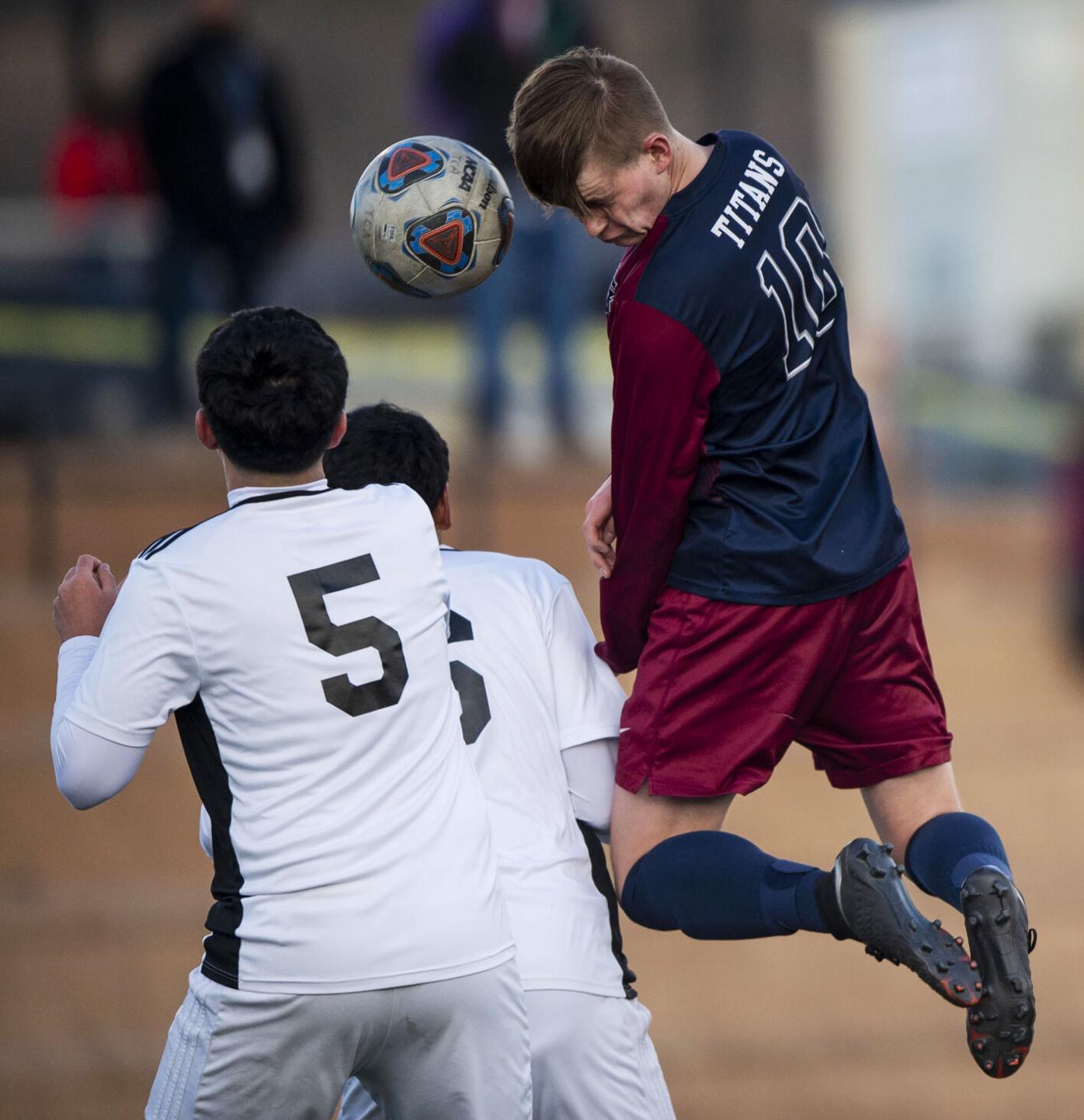 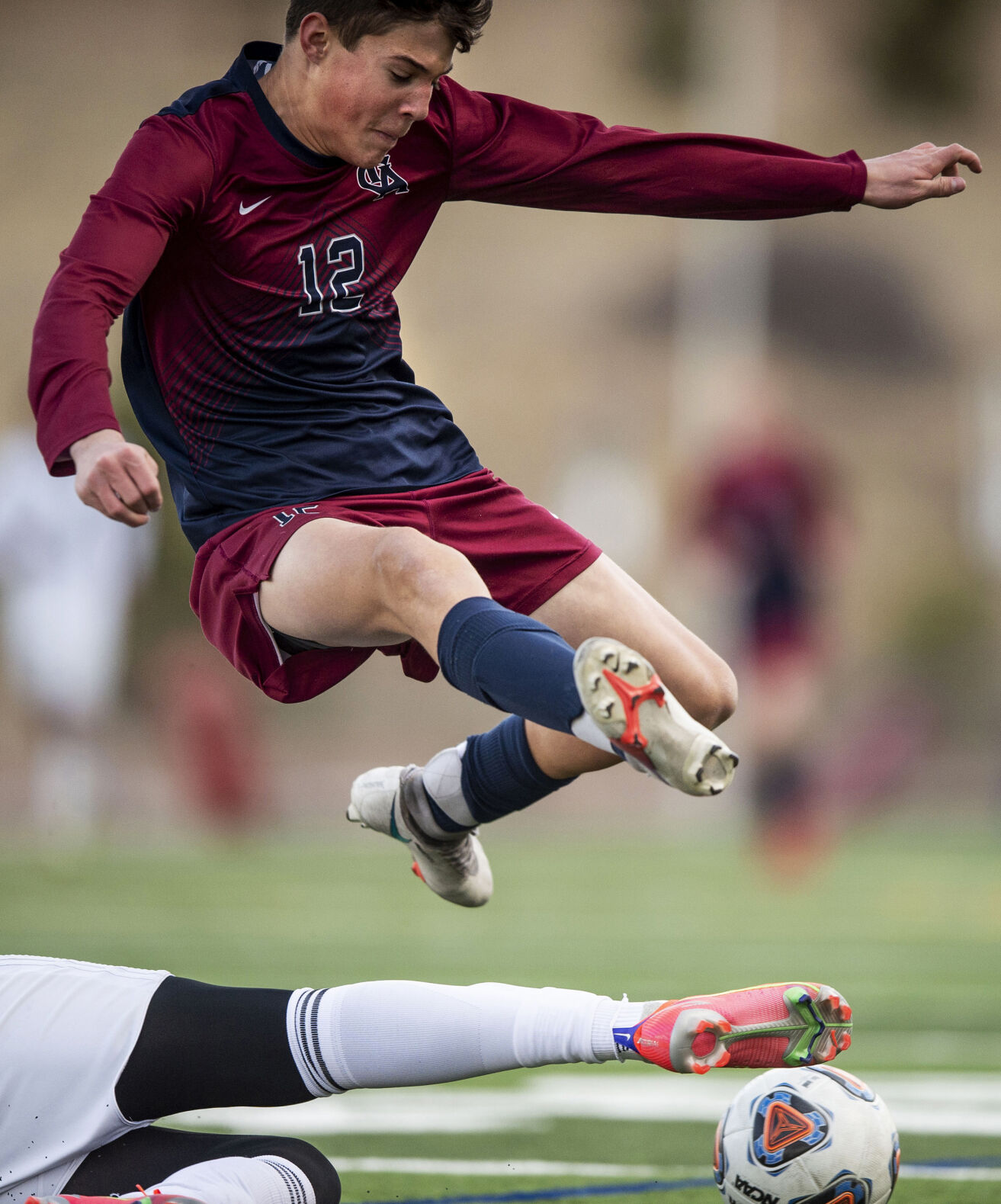 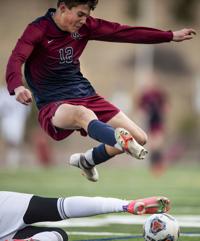 At TCA: No. 11 Regis Groff upset No. 6 TCA in the first round of the 4A state tournament, scoring two unanswered goals in the final 25 minutes of regulation.

The Titans took a 1-0 lead over the Fusion in the 49th minute off a goal by Brock Carpenter. But Regis Groff tied it up seven minutes later, and scored the go-ahead goal in the 66th minute on a wide-open shot from the right side.

Regis Groff’s tight, physical defense held the Titans scoreless through the first half, a difficult feat as TCA defeated each of its regular-season opponents 10-0.

After a COVID-shortened year, the Titans conclude the season 5-1.

At Niwot: Niwot moves on to face No. 11 Regis Groff in the 4A quarterfinals after a shutout win over Coronado.

The Cougars finish the season 7-4.

At D-20 Stadium: Liberty punched its ticket to the 5A quarterfinals with a close win over No. 13 Legend, marking the team’s 10th consecutive win.

Liberty will play PPAC rival Pine Creek in the second round. The Lancers defeated Pine Creek 3-2 in the regular season and are responsible for the Eagles’ only loss of the season.

At Pine Creek: The Eagles scored two goals in each half of a 5A first-round win over Aurora Central to move on to face Liberty in the state quarterfinals.

Danny Cho, Jackson Isaacs, Parker Burnett and Ethan Johnson all scored for the Eagles. Will English and Sebastian De la torre cantu each had an assist.

“The final scoreline was more flattering than the challenging contest proved to be. Aurora Central was perhaps unfortunate to not get on the scoreboard multiple times with the quality they displayed on the ball and in the attack,” Pine Creek coach Ben Corley said in an email. “In the end, Gabe Hull and the Pine Creek defense held tough for the shutout, while the offense was clicking in finishing offensive chances.”

Hull had seven saves for Pine Creek, making his sixth shutout of the season.

In the quarterfinals, the Eagles will look to avenge a 3-2 loss to Liberty earlier this year, which marked the Eagles’ only loss of the season.

At Manitou Springs: Five different Mustangs scored in a first-round playoff win over DSST: Conservatory Green as Manitou Springs found a spark in the second half.

Manitou Springs held a one-goal lead at halftime, but scored four goals in the final 40 minutes for a dominant playoff opener. Isaiah Thomas had a goal and two assists, and Sean Lowe and Evan Yount had a goal and an assist each. Max Goede and Andrew Rhodes also scored for Manitou and Levi Lapides had an assist.

Spencer McCumber had seven saves in goal to preserve the shutout.

The Mustangs will host No. 14 Frontier Academy on Saturday in the 3A quarterfinals.

Morgan Hammarmeister had 10 kills for the Spartans and Emma Moerman had seven. Kat Kachel and Joei Barela each had two aces and Emma and Kryssa Moerman had four blocks apiece.

At Banning Lewis: St. Mary’s won its fifth straight match and third consecutive in three sets for a 3A Tri-Peaks win over Banning Lewis.

Jillian Kellick had eight of the Pirates’ 18 kills and had three aces. St. Mary’s racked up 22 aces led by Emma White with six. Ceanne Smith and Peyton Priddy had five each.

Avah Armour had 20 kills and two aces to lead the Mustangs and Bella Coscetti had 10 kills and three blocks. Mahlia Glass had two aces and 42 digs. Alexia Vigil had 46 assists.

Freshman Gabby Liles had 15 kills a Jayla Higgs, also a freshman, had nine. Higgs also had four aces and Kya’ Willias had four of the Panthers’ five blocks.