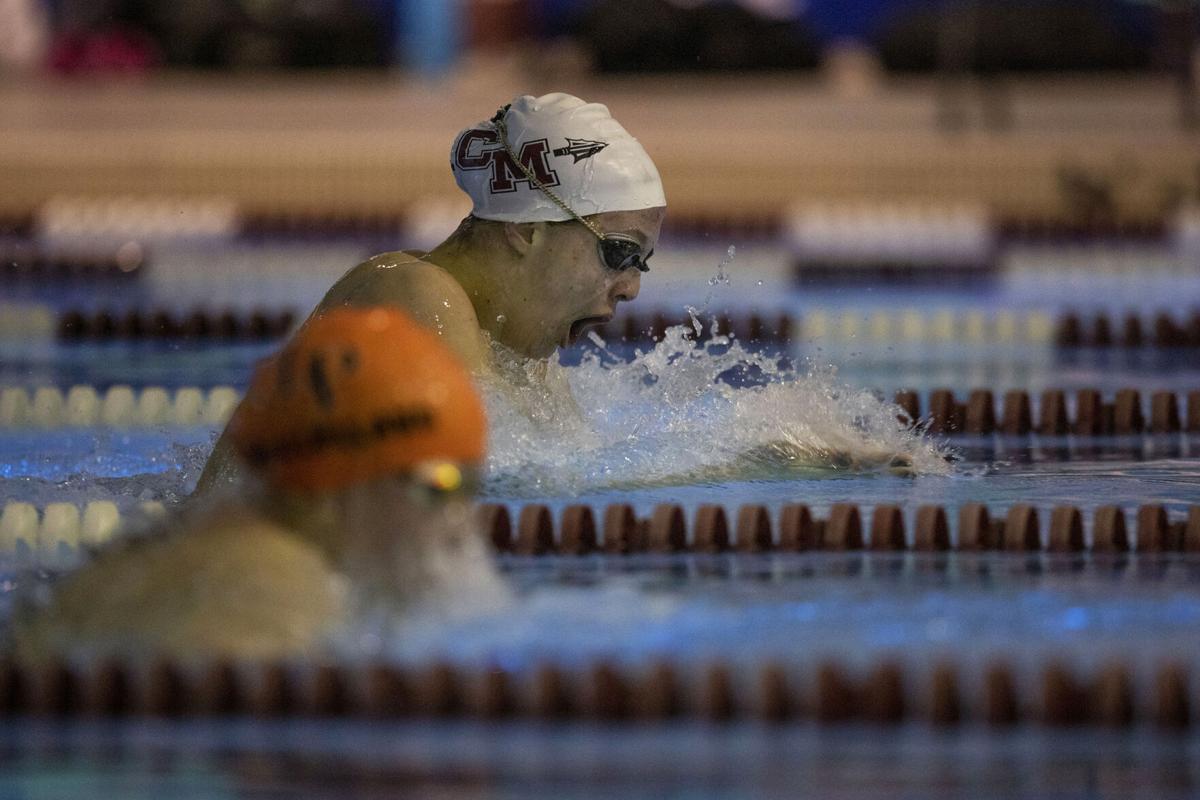 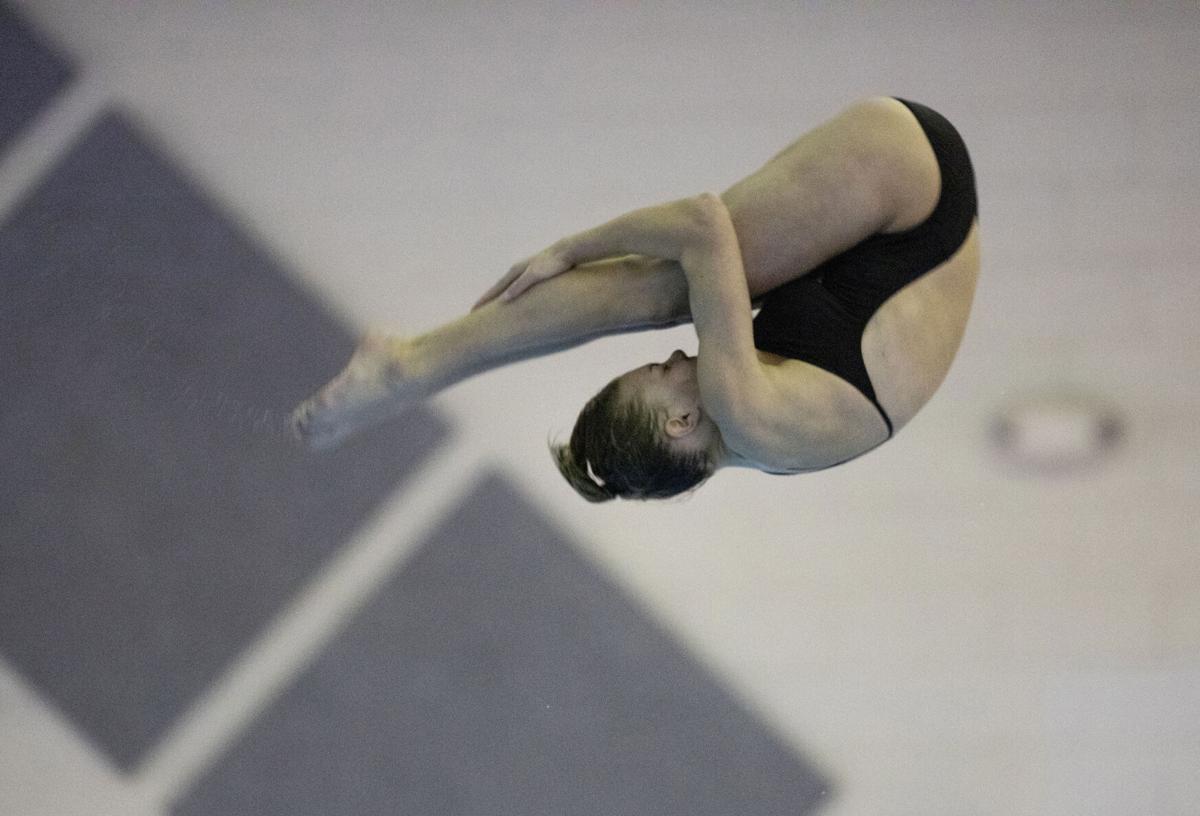 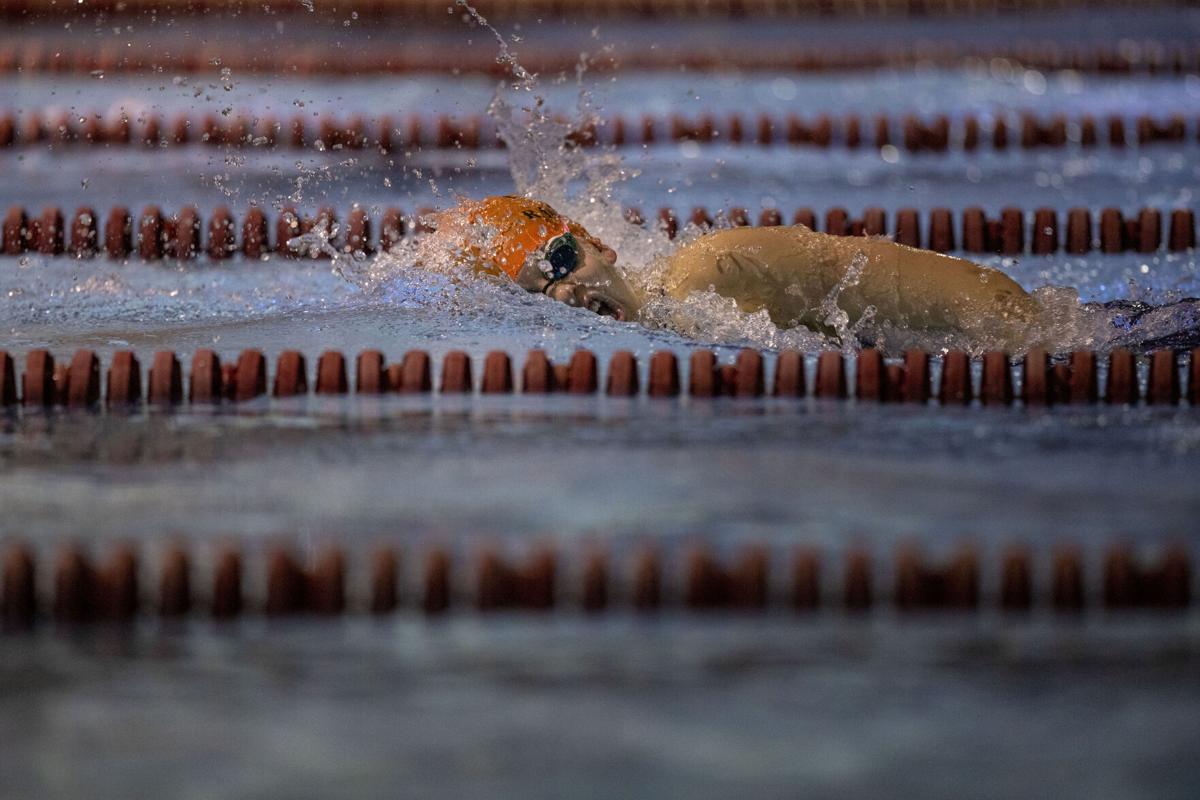 Newman won two individual events, highlighted by a dominant performance in the 500 free, where she finished in 5:17.11, more than 27 seconds ahead of second-place finisher Bethany Slivka of Cheyenne Mountain. Newman also touched the wall first in the 200 free ahead of Slivka in 1:59.10. Slivka finished in 2:05.16.

Ranger coach Jackie Smith said she was happy Newman clocked in under two minutes in the 200 free early in the season. With fewer meets and a limited qualifying field due to COVID restrictions, dual meets like Tuesday have become incredibly important for swimmers hoping to qualify for state.

Katie McClelland won the 100 butterfly in 58 seconds and placed second in the 100 breaststroke in an exciting battle against defending Class 4A breaststroke champion Caroline Bricker. Bricker, a Cheyenne Mountain sophomore, won in 1:03.98 and McClelland touched the wall a second later in 1:04.75.

Bricker also helped Cheyenne Mountain to an exciting win in the 200 free relay. Bricker swam the first leg, followed by Ysa Carrell, Christina Matteson and Slivka, and won in 1:45.35 - less than a second ahead of Lewis-Palmer’s Olivia Reichardt, Lissie Artley, Newman and Abby Nelson (1:45.58).

Cheyenne Mountain coach Kate Doane said she is proud of her team for posting solid times in a newly intensified dual environment.

“I think they did fantastic,” Doane said. “I think for some of them it was an eye opener, like wow, I did great, and then for some it was like, I have some work to do, but I know I can get there.”

At Fountain-Fort Carson: A pair of sophomores and a freshman led Fountain-Fort Carson to victory over Widefield as Katia Neufeld-Barclay, Lindsey Hamilton and Jenna Krieg each won a pair of individual events and helped in relay wins for the Trojans.

At Palmer: Pine Creek’s Samantha Mongillo won a pair of events as Pine Creek took down Palmer in a 5A/4A CSML meet.

Aragon completed a double-double with 11 rebounds and also had five steals for the Eagles (3-1).

At Coronado: Harrison jumped off to a hot start, outscoring Coronado by 10 points in the opening quarter. And despite a slow start in the second half, the Panthers clinched a CSML-South win over the Cougars.

At Sand Creek: Amari Westmoreland-Vendiola scored more than half of Sierra’s total points, finishing with 30, but it wasn’t enough to lift the Stallions to victory.

Westmoreland-Vendiola finished with a double-double thanks to 13 rebounds and also had three steals. D’Andre Rodriquez scored 12 points for Sierra.

At Mitchell: Mitchell eliminated a small first-half deficit to claim a one-point 4A CMSL-North win.

Aalyviah Smith led the Marauders with 20 points, and Torrai Logan scored 13 to help Mitchell (2-3, 1-1) to its first league win of the season.

At Calhan: Freshman Butula Murray led the Panthers with 11 points, and fellow freshman Abbie Nickell, and seniors Baylee Farris and Paige Gowen added eight points each to lead the Panthers to a 2A Black Forrest victory.

At Harrison: Amyah Moore led Harrison with 19 points and Brianna Kessack added 10 for the Panthers (1-3, 0-2 CSML-South).

At The Classical Academy: TCA put together a valiant effort in a fourth-quarter comeback, but fell just short as Falcon remains undefeated.

Billie Fiore led the Falcons with a season-high 22 points and Hannah Burg added 11. Kayla Harkema had seven steals and Fiore had six takeaways.

At Doherty: Pine Creek won seven of its eight matches by fall, with the only outlier being a 18-1 technical fall in 4:56 as 126-pounder Nick Henley claimed a dominant victory.

Cheyenne Mountain’s Grant Kunkel earned a 19-4 tech fall in just 1:57 at 138 pounds, and Nicholas Grizales pinned his 126-pound opponent in just 34 seconds. But his win wasn’t the fastest of the day, with Brennen Feign winning his 120-pound match in 28 seconds. At 113 pounds Dominick Padilla claimed a 7-2 victory for Cheyenne Mountain.

At Widefield: Widefield dominated the lower weights, and TCA took hold of the upper weights in a close battle, ultimately claimed by the Titans.