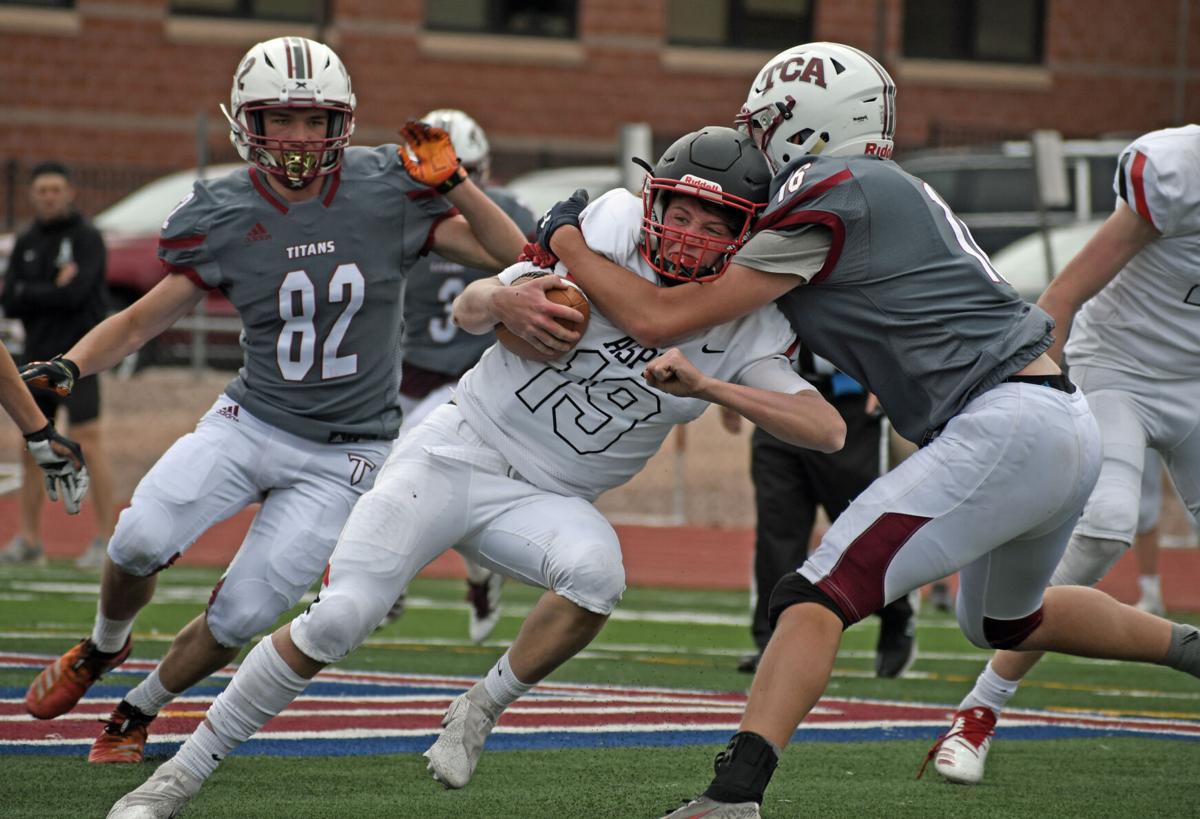 TCA’s Jake Jennings stops an Aspen runner during the second half of a 57-0 first-round playoff win over the Skiers at The Classical Academy. (Lindsey Smith, The Gazette) 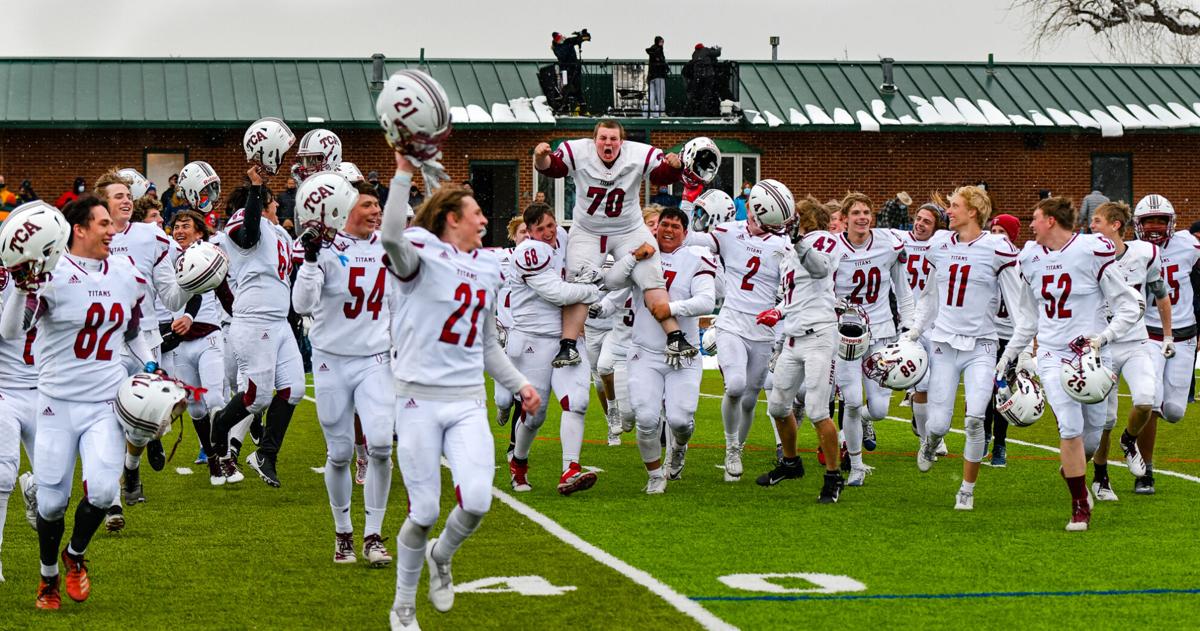 TCA freshman Ethan Schilling (70) is hoisted up by two seniors following the Titans' win over Kent Denver at the end of the regular season. (Photo courtesy of Rob Raker)

Any time The Classical Academy football team has the ball in its hands — it threatens to score.

But the Titans’ arsenal doesn’t stop there. In fact, TCA's defense is arguably the most menacing aspect of the undefeated squad.

They proved that Saturday with a crushing 57-0 win over No. 7 Aspen in the first round of the Class 3A state tournament.

Cade Palmer opened the scoring with a 40-yard touchdown on the Titans’ first possession, and they rolled from there. TCA held a 29-0 lead at the end of the first quarter, and extended it to 43-0 by halftime.

The No. 2 Titans will face No. 6 Sand Creek next week in the 3A semifinals. The Scorpions defeated No. 3 Basalt 27-22 on Saturday.

The TCA defense let Aspen across the 50 just once and halted the Skiers' momentum almost instantly with solid corner coverage by sophomore Aaron Johnson. Aspen attempted the same pass play to the left corner of the end zone four times, but Johnson stopped them all.

“He’s a great player and a great kid and the entire season everyone has been saying, ‘You got this, I wish you could be as confident as I am in you,’ so it was really cool to see him get that drive where they just kept on targeting him,” said TCA coach Justin Rich. “It was awesome that now he can see with his own eyes and say, I do have what it takes, because in this game confidence is a big thing.”

The Titans have allowed just three touchdowns this season, all while outscoring opponents 194-19.

“We are making our defense known. It’s going to be hard to drive on us because we play for each other and we play as a team,” said senior wide receiver Matthew Segovia. “I don’t think any of them are ready for our physicality.”

Confidence is a huge component in TCA’s winning recipe, but the main ingredient is the team’s bond and brotherhood.

“Through COVID I feel like we’ve grown closer and closer together,” said senior wide receiver Garrett Kautz. “We don’t know when we are going to play again, and that makes us rejoice with each other more and not take any moment with each other for granted. The love we share is insane.”

Quarterback Sam Guilez threw a 33-yard touchdown pass to Matthew Segovia and connected with Kautz for a pair of touchdowns, 27 and 40 yards, respectively. Segovia also ran for a 15-yard touchdown and Palmer found the end zone again on a 21-yard score.

With a running clock in the second half TCA sophomore Ethan Aragundi had a 4-yard touchdown and Jake Jennings had a 70-yard catch and run to put the Titans up 57-0.

The confidence and brotherhood extends from stars like Palmer, down to the freshman subs. Saturday with a running clock ticking down in the fourth quarter, freshman guard Ethan Schilling entered the game to an ovation from the crowd and his teammates chanting his name.

The 5-foot-3 freshman encompasses the work ethic and brotherhood that surrounds the team, Rich said.

“He’s a freshman, works his tail off, he loves football and he loves TCA football more than anything. He is the loudest one on the sideline the entire time, and the seniors see that,” Rich said. Last week, Schilling entered the game and was carried off the field on the shoulders of two seniors, Ian Ridgeway and Cade Macklin in celebration.

“The happiness for him in that moment, all those smiles it makes this whole COVID thing worth it,” Rich said. “I want to win two more games, but that moment right there, caught in a second in time, this team all loving each other and smiling for each other — that picture is going up on my wall.”