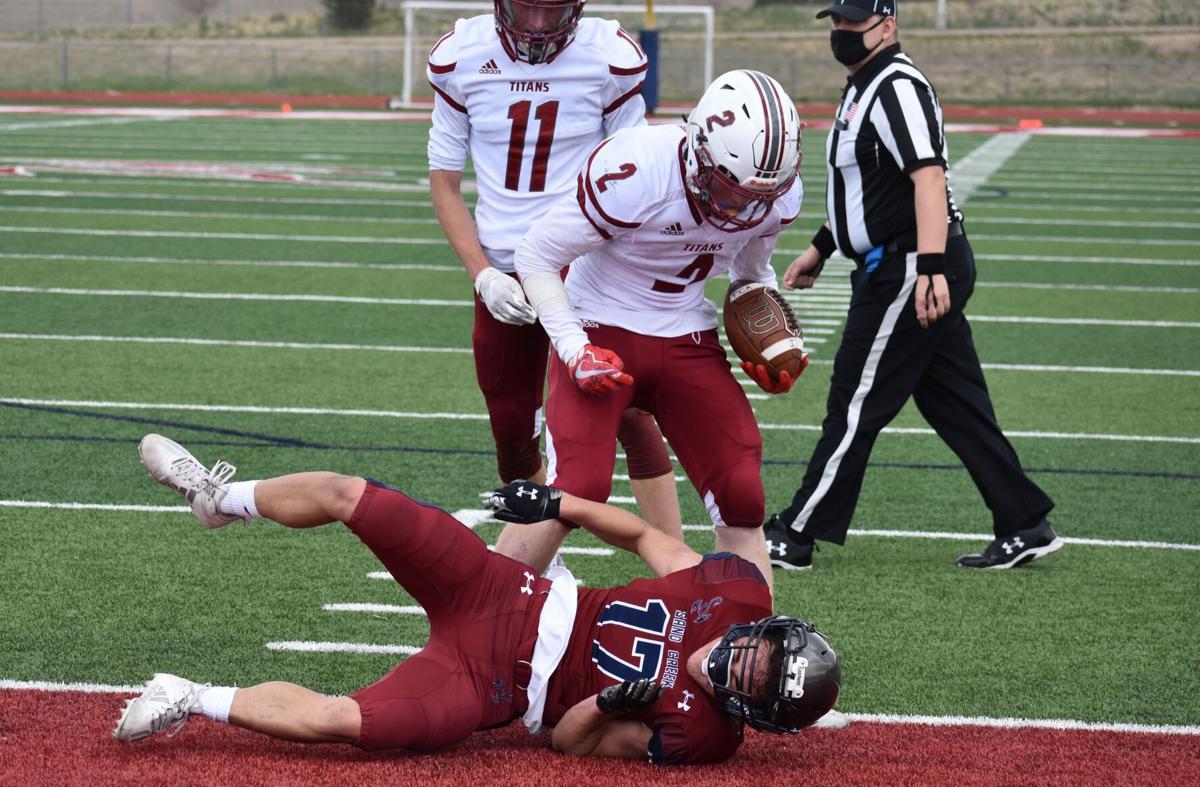 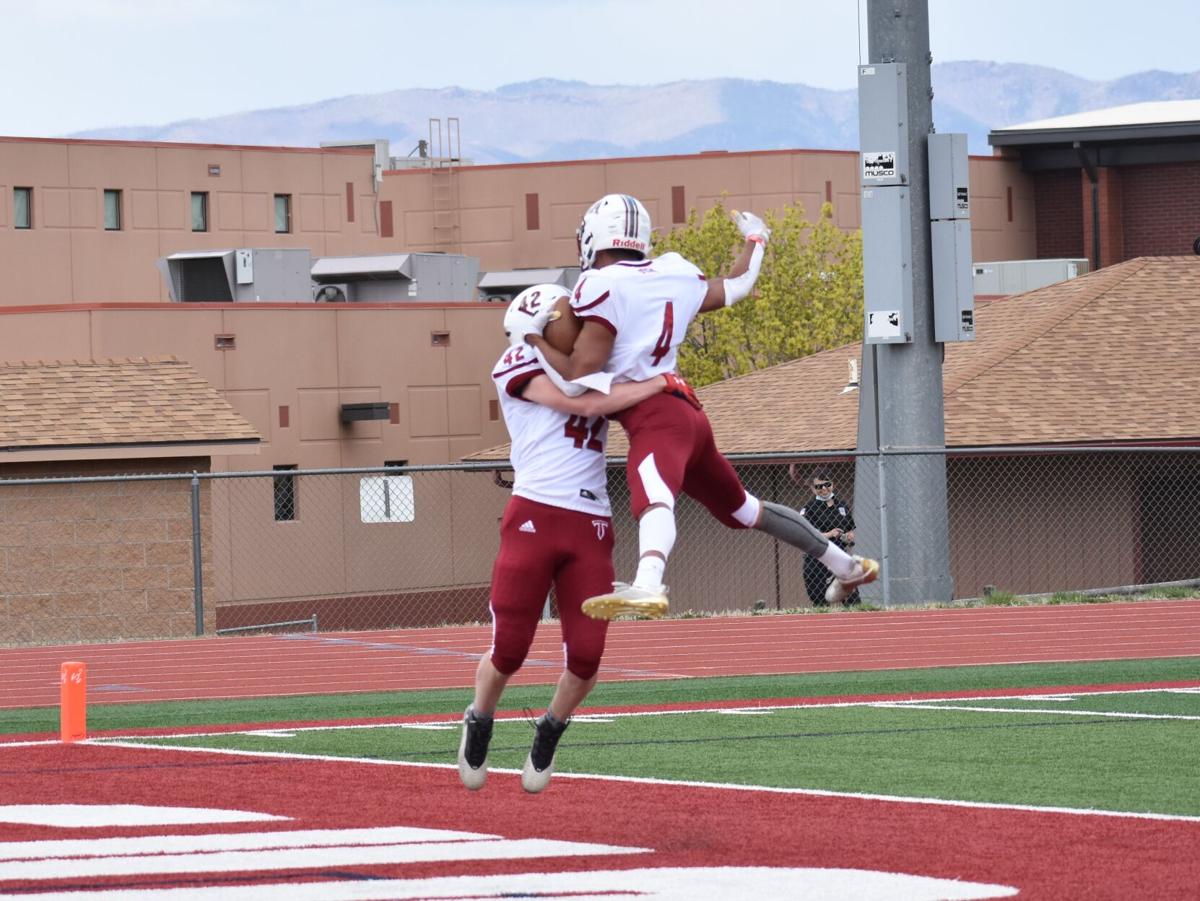 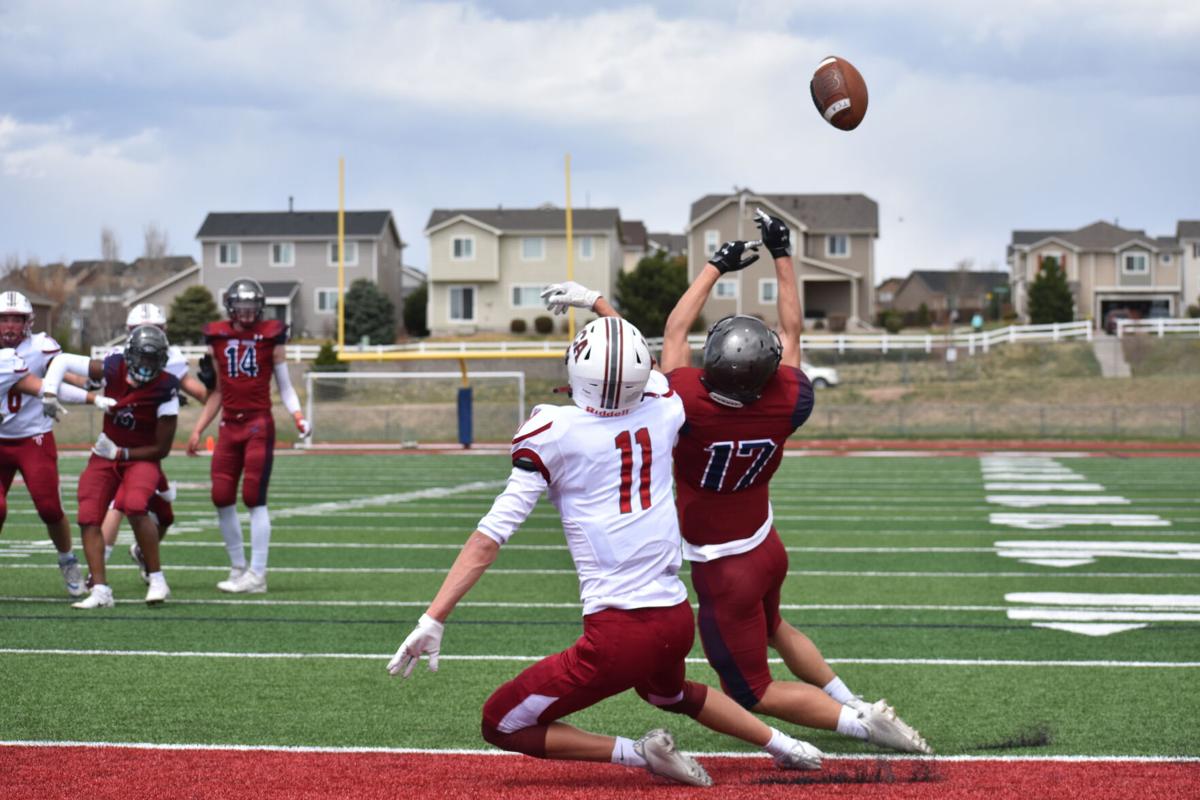 Sand Creek’s Kevin Schroeder defends a pass in the end zone intended for TCA’s Garrett Kautz on Saturday in a Class 3A semifinal at Sand Creek. 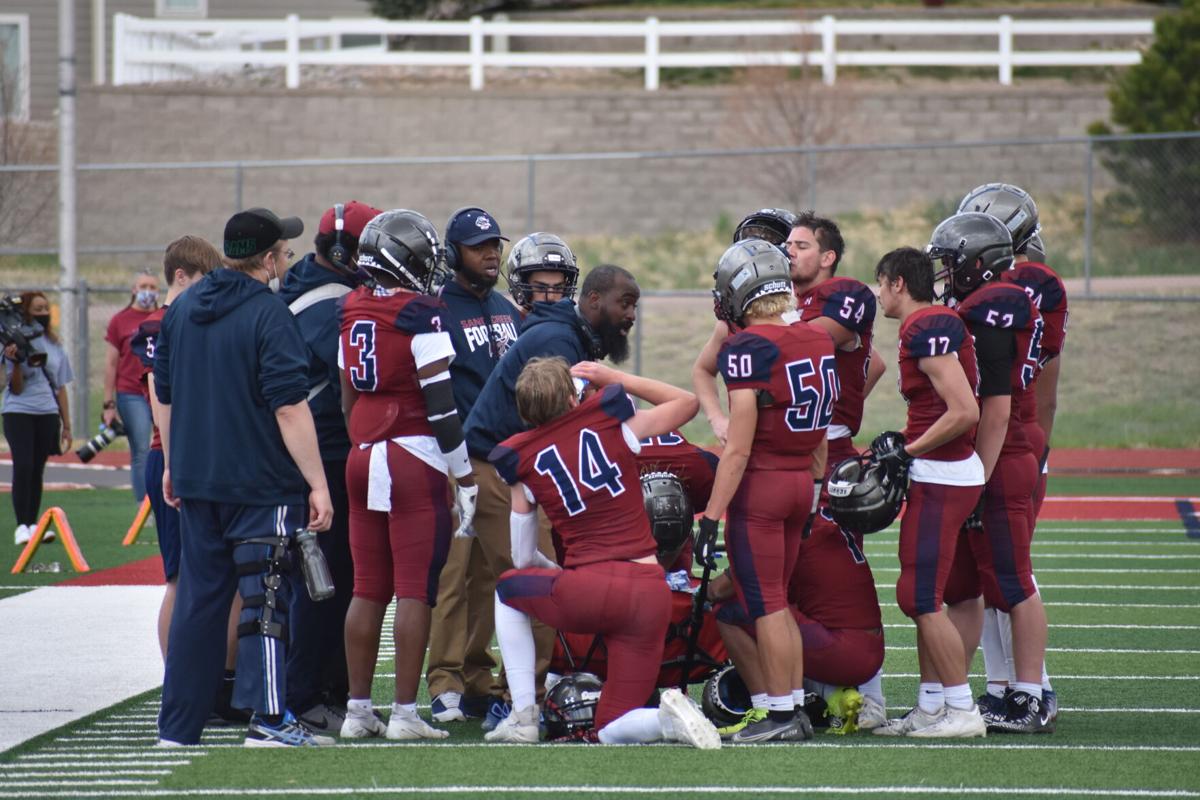 Sand Creek coach James Everett talks to his team on Saturday in a 3A football semifinal against TCA at Sand Creek. The Titans won 39-13, putting TCA in its first football championship game. (BRENT BRIGGEMAN, THE GAZETTE)

Sand Creek’s Kevin Schroeder defends a pass in the end zone intended for TCA’s Garrett Kautz on Saturday in a Class 3A semifinal at Sand Creek.

Sand Creek coach James Everett talks to his team on Saturday in a 3A football semifinal against TCA at Sand Creek. The Titans won 39-13, putting TCA in its first football championship game. (BRENT BRIGGEMAN, THE GAZETTE)

The Classical Academy wasn’t quite as dominant as usual on offense and defense – at least early – on Saturday.

The special teams more than made up for it in as the second-seeded Titans pushed past undermanned No. 6 Sand Creek 39-13 on Saturday and into the 3A football championship game – a first for TCA's program.

Matthew Segovia returned a kickoff 80 yards for a score. Mitch Anderson blocked a punt for a safety. Josh Snyder blocked a PAT. Evan Lapoure connected on a short field goal. Pressure led to a short Sand Creek punt. The Scorpions started a drive inside their 5-yard line after being pinned deep on a kickoff.

In seemingly all the ways, big and small, that special teams can impact a game, the Titans found a way to use it to their advantage.

“TCA’s been known for special teams for a long time,” Titans coach Justin Rich said. “We work on it a ton. In a game like this, when you need a spark, you need something good to happen, it’s nice to make those big special teams plays.”

Despite Sand Creek’s low numbers (it started the season with just 18 players and went into this afternoon matchup with its starting running back, left tackle and strong safety out because of COVID-19 protocol) and TCA’s massive numbers (it cruised into this game having outscored its five opponents 251-19), those plays proved critical.

Sand Creek’s Greg Garnett returned a fumble for a touchdown on the second play of the game. The Scorpions then added an 80-yard touchdown from Caleb Kruse to Warrick Green Jr. to jump ahead 13-10 in the second quarter.

On the ensuing kickoff, Segovia followed his wedge and galloped untouched to the end zone. The hole was so massive there wasn’t a Sand Creek player within 10 yards of him by the time he reached the 50.

“It’s just a matter of trust,” said Segovia, a junior who lifted weights six days a week and worked with a personal receivers coach in the fall when the season was delayed. “I knew my guys were going to get it done.

“I knew we were going to have to fight through this one, playing a solid team with a good defense.”

Eventually, Sand Creek (6-2) ran out of gas. And it almost ran out of players. Only three reserves were on the bench for most of the second half. Garnett, who averaged 240.9 all-purpose yards per game entering the matchup, injured his shoulder and sat with his right arm in a sling during the third and fourth quarters.

In the first half Garnett recovered two fumbles (one of which he forced), scored a touchdown and picked up a third-and-20 by taking a snap as a wildcat quarterback and outsprinting the defense to the sideline.

“When Greg’s on the field, all 11 eyes on the defense are on Greg,” Sand Creek coach James Everett said. “So we can motion him and do something backside. So not having him really hurt us.”

TCA’s offense and defense eventually eased the pressure on the special teams. Junior running back Cade Palmer, who has an offer from Michigan State, scored a pair of rushing touchdowns and ran for 120 yards on 21 carries. Palmer also scored a defensive touchdown, returning an interception 23 yards.

The Titans (6-0) will face Rifle (6-2) on May 15 at CSU-Pueblo with a chance to earn the school’s first football title, albeit in an unusual spring setting.

“It’s a little bit weird, but with what these kids have gone through, the way they’ve fought. I’m not going to apologize for playing it in the spring,” said Rich, who added that the coaches and players didn’t have a say in deciding when they would play. “These guys were ready to answer the bell if it was fall, spring or whenever. These guys just love to play football and love to play it together. You can see it on the field.”

The Colorado High School Activities Association and Friends of Football has received approved variance requests for 3,100 fans per game at CSU…