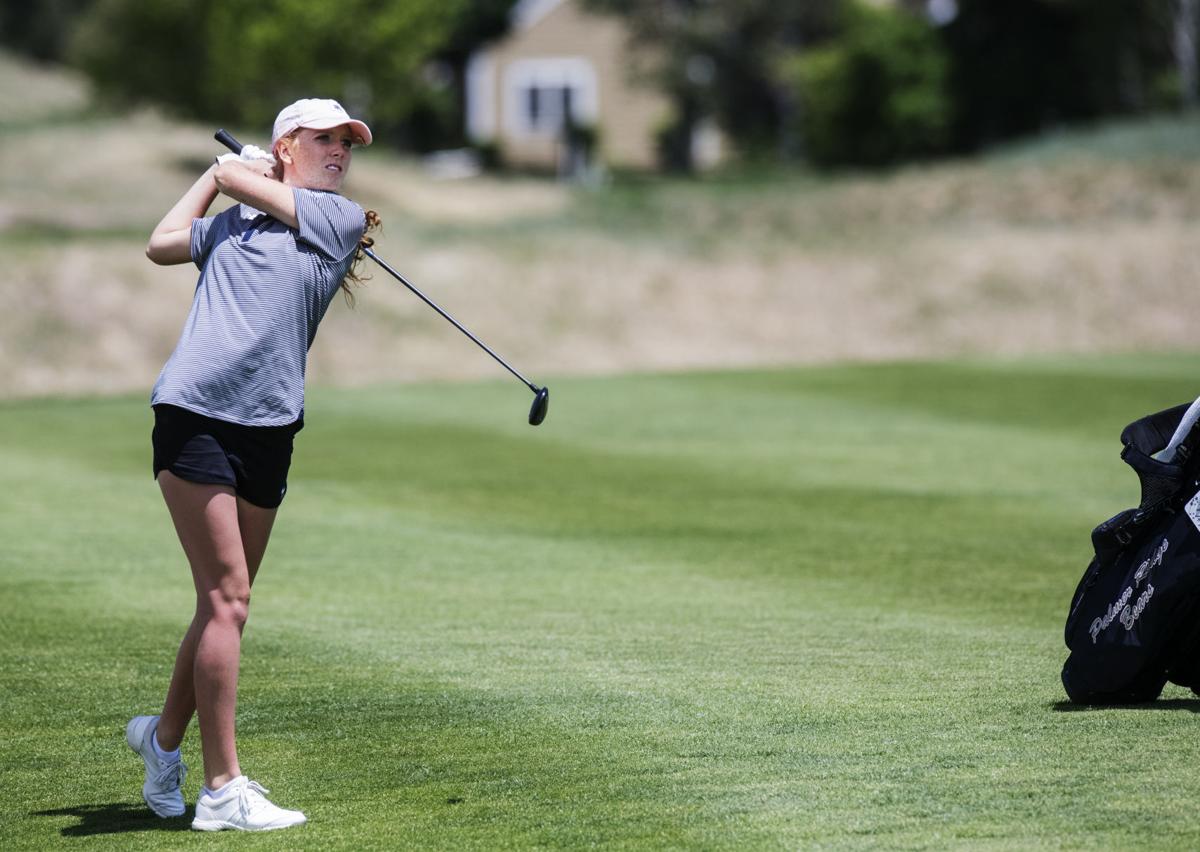 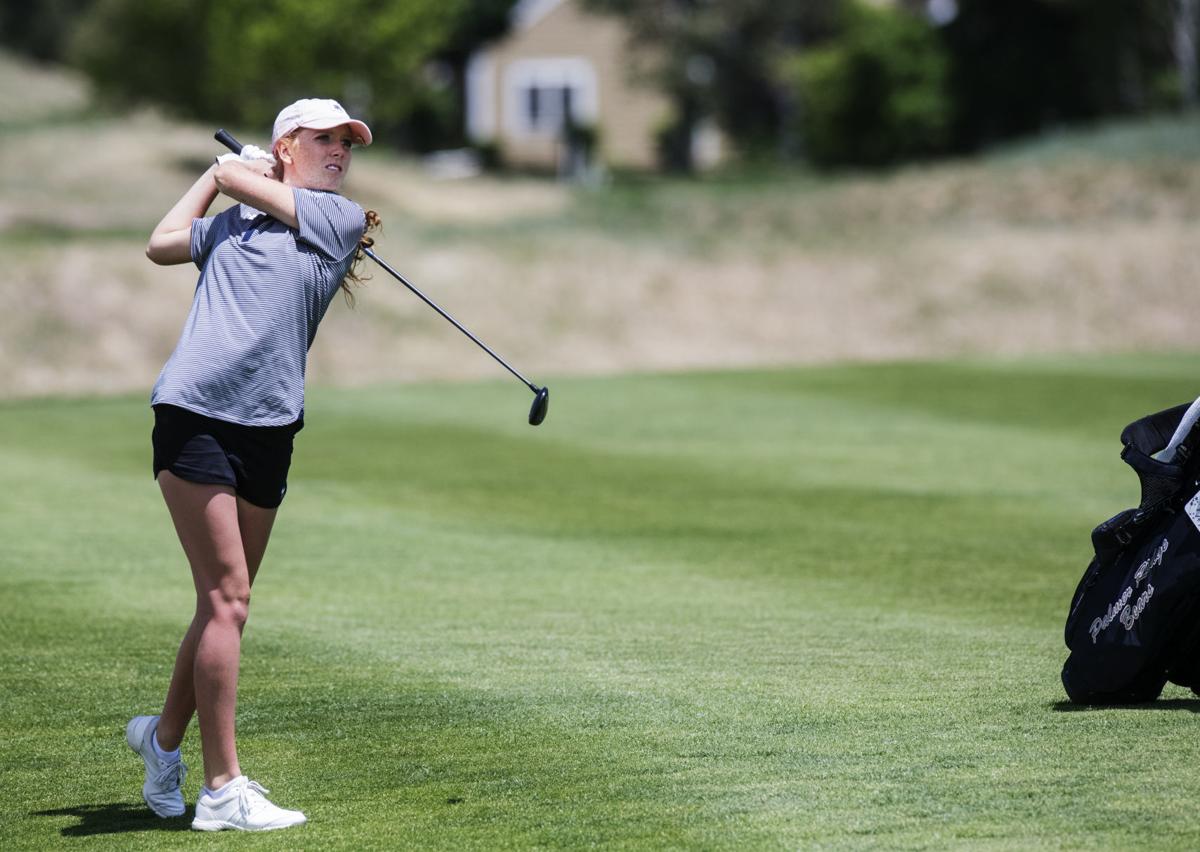 Area golfers are set to tee off in what are supposed to be two-day state tournaments in Timnath, Windsor and Eagle on Monday, but the weather could be an issue regardless of site.

The Colorado High School Activities Association has released a contingency plan, stating its policy which reads: “The completion of any combination (of) 18 holes or more will determine a state champion. The event staff will constantly monitor the local weather through the Colorado Golf Association’s weather service.”

Kat Kachel is the lone Spartan competing at state. She’s scheduled in the first group starting on the back nine at 8:30 a.m. alongside Rampart’s Alex Hill and Brighton’s Shelisa Derr. She finished the season No. 4 in the Colorado Springs Metro League and tied for 11th at the Southern regional.

Teandra Omans, the lone Trojan to qualify out of the 5A Northern regional, is set to tee off alongside Palmer’s Charlotte Cliatt on the first hole at 8:30 a.m. Omans was third in the CSML and helped F-FC to a fourth-place finish after narrowly missing the state tournament a year ago.

Charlotte Cliatt qualified for state by placing third in her regional at Foothill Golf Course. Cliatt led the Terrors to a league title by finishing as the league’s No. 2 player. Her state tournament run starts with the first group to start on the first hole at 8:30 a.m.

Alex Hill was the area’s lone qualifier from the Central Regional at Kennedy Golf Course where she finished 19th. The Rams’ No. 1 was fourth in her league, while the team finished third in the standings. She’ll start at 8:30 on No. 10, looking to improve on last year’s 46th-place finish.

Milan Katalin, Grace Samuelson and Katie Dalsaso finished in their regional’s top 20 to give the Indians three state qualifiers. Katalin, who placed eighth, starts on the first hole at 10:09. Samuelson is in the group before Katalin after placing 14th, while Dalsaso is the last to start at 10:18.

Katalin and Samuelson qualified for state a year ago.

Kate Griffin won Region 1, helping the Cougars get four to state after last year’s fifth-place finish. Anika Hagen and Hannah Burgess also finished in Top 10, while Adeline Frisbie rounds out the Coronado team at Pelican Lakes. Frisbie will be the first to start on No. 10 at 9:15. Griffin, the team’s top finisher in 2018, follows at 9:33 with Hagen and Burgess starting the back nine soonafter.

Christina Cheng and Mena Song-Lew made sure there will be some Thunder in Windsor this week after placing fifth and 12th, respectively, in Region 2. Cheng, 29th at state as a freshman, is set to start on No. 1 at 8:30 a.m. with Song-Lew in the next group nine minutes later.

Kalai Hamlin headlines a group of three Rangers to qualify for state from Region 2, finishing second to qualify. She’ll be the final Lewis-Palmer golfer to start on No. 10 at 8:57 a.m. Hannah Carlson will be the first one out at 8:39 a.m. followed by Noelle Ayres in the next group. Carlson and Ayres finished seventh and 14th, respectively in the region.

There wasn’t much separating Sarah Bentley and Layne Reid at the regional, and there won’t be much between their starts at state. Bentley is scheduled to tee off on No. 10 at 9:06 a.m. after finishing 13th in Region 1. Reed, who was a spot back in 14th, starts in the next group at 9:15. The Grizzlies failed to get a player to state a year ago.

Miranda Baumgarten secured one of the last spots at state and will be the last group to start Monday. After a 16th-place finish in Region 1, Baumgarten is set to open state at 10:27, alongside Palmer Ridge’s Maddie Nugent, on No. 10. Mitchell did not field a varsity team last season.

The Bears finished with four golfers in the top 26 at the Region 2 tournament, highlighted by Ashlee Sample’s win. Sample will be the first Palmer Ridge golfer out, starting on the back nine at 9:33 a.m. that includes Coronado’s Kate Griffin.

Carly Weiskircher (10th at regional, Olivia Parsley (seventh at regional) and Maddie Nugent are in the final three groups to open on No. 10, starting at 10:09 a.m.

The lone Lion to qualify, Leanna Telle is in the first group to start on No. 1 at 8:30 a.m. Telle, 39th at state last year, finished second in the Region 2 tournament at CommonGround Golf Course.

Abby Vogl and Ashley Gerczynsky placed sixth and 14th in Region 2 to qualify for state. They’re scheduled to play in consecutive groups Monday, starting with Vogl on No. 10 at 10:09.

After placing 22nd in Region 1, Alexis Hess snuck into the state field. She’ll start her tournament at 9:42 on No. 10.

Fontanas bookended a group of four TCA golfers to place in the top 14 at the Region 1 tournament to get the Titan team to state. Mackenzie Fontana won the tournament, while Madelin was 14th.

Fionna O’Hallaron was third, and Jules De Leon sixth. The Titans, seventh at state in 2018, start on No. 1 in four consecutive groups, starting with Mackenzie Fontana at 9:42 and ending with Madeline at 10:09.

An 18th-place finish at Region 2 was good enough to get Corinne Logeman, the only Pirate in the field, to state. She’ll start on No. 10 at 10 a.m.