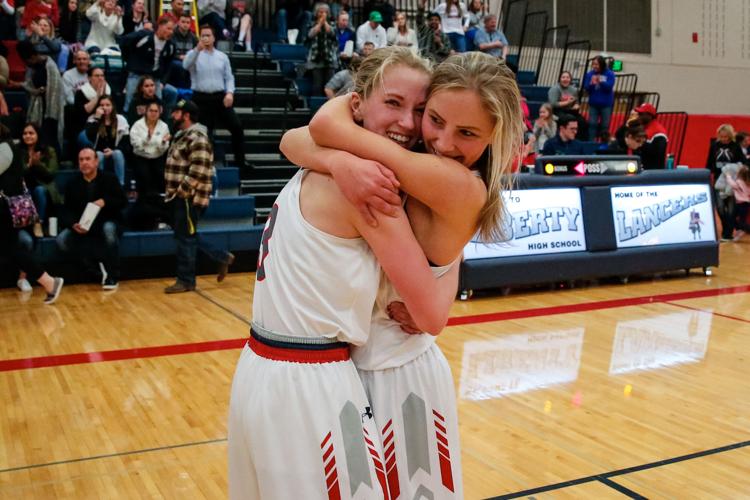 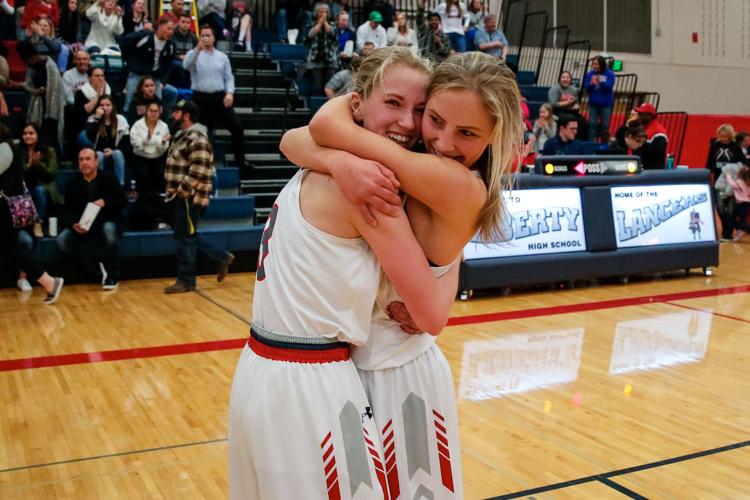 The Lancers’ screams of jubilation came from the locker and echoed throughout the gymnasium. Liberty girls' basketball sent their seniors off in style with a 38-31 victory over Doherty on Friday night, their first win over the Spartans in at least four years.

“We haven’t beaten Doherty in four years, actually it’s probably longer than that,” Liberty coach Monty Taylor said after the game. “We’ve been close but we haven’t been able to get over the hump. Tonight we did.”

Liberty's win introduces a bit of chaos in the Colorado Springs Metro League’s final standings. Had Doherty won, it would have taken home its third-straight league title outright. However, due to splitting the season with league opponent Fountain-Fort Carson, the Spartans are co-champions with the Trojans.

Senior Baylee Adams had a game-high 10 points for the Lancers in what ended up being a defensive showdown. Doherty got the better of Liberty in the early going, playing physical defense, stealing the ball and forcing jump balls. The Spartans took a 20-16 lead into the half.

Doherty began the second half in similar fashion but a few key plays from junior point guard Kimmy McKinney turned the tide for Liberty. McKinney was everywhere in the third quarter making hustle plays and great passes. She punctuated her big third quarter by stealing the ball and taking it all the way down the court for an easy layup on the other side. McKinney finished the game with six points.

“We realized that it was our senior night and this is the last time that we’re going to play Doherty for a lot of us and we just thought it would be a great opportunity to upset a lot of people and play our hearts out and come out with a win,” McKinney said.

The Spartans played a sloppy game with multiple traveling violations, bad free-throw shooting and an inability to finish at the rim. While their defense kept them in control for most the game, their offensive woes eventually caught up to them. The Lancers did a good job of stifling the Spartans’ offense near the end of the game, especially locking down Doherty senior and leading scorer Brionna McBride. who scored seven points, half of her average output, Friday.

Both teams will turn their eyes to the postseason and the 5A state playoffs after both schools suffered losses in the second round of the tournament last year.