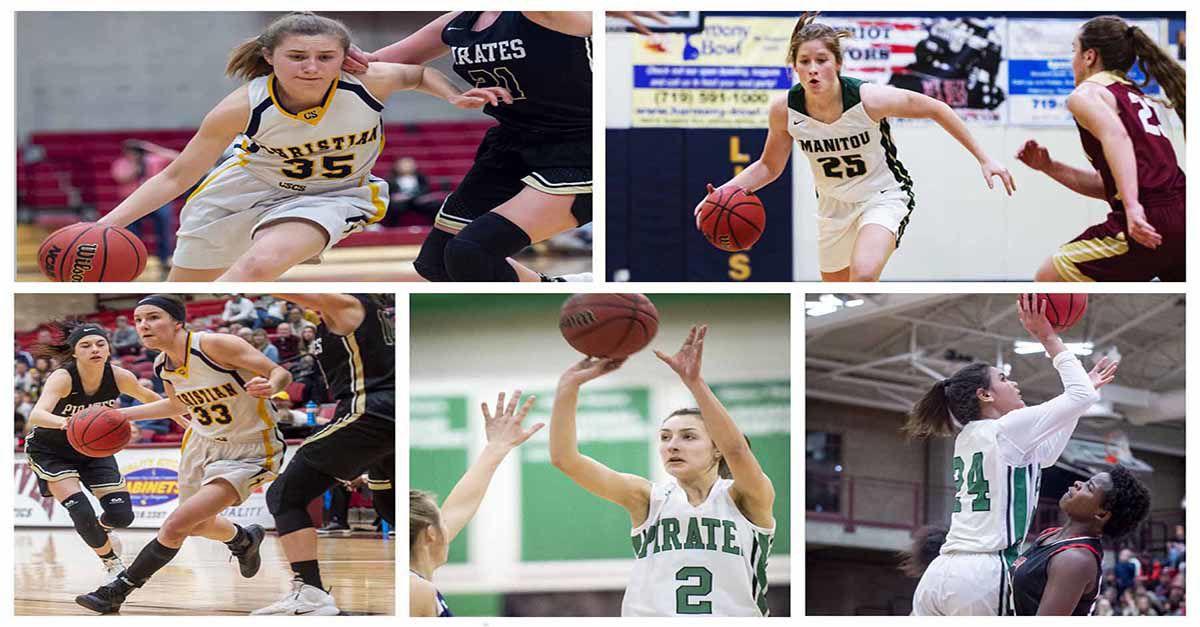 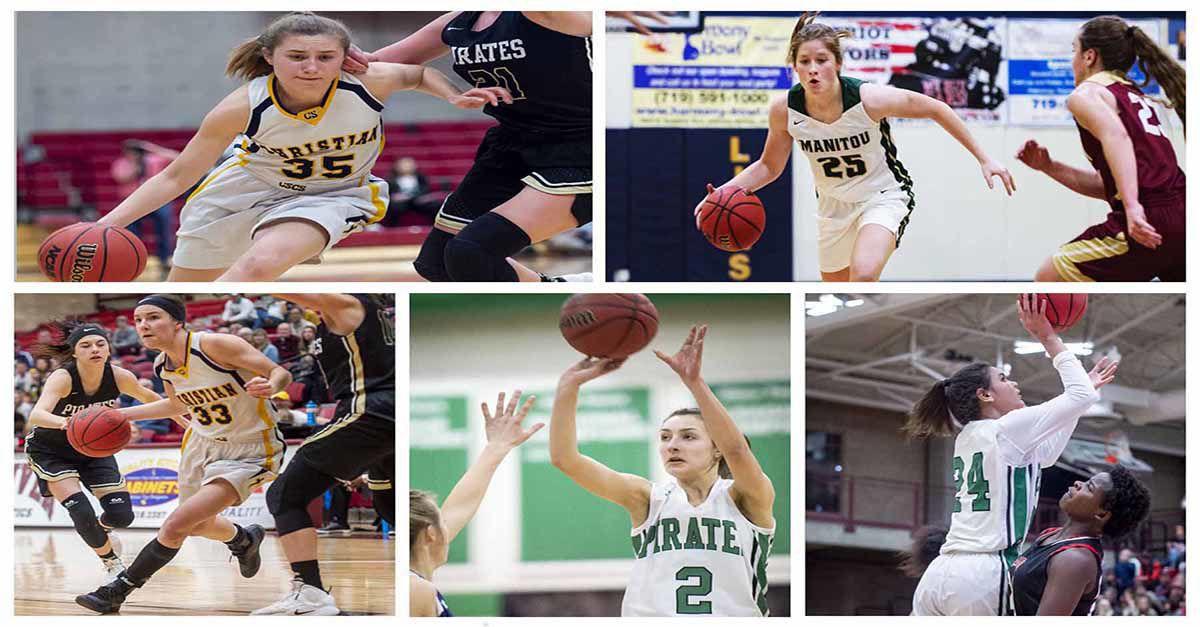 Megan Engesser, sr., Colorado Springs Christian — Engesser broke a state record for most 3-pointers made in a season with 103, and is listed in the state record book 13 more times. With 2,014 career points, Engesser is ranked No. 10 in the state all-time in scoring, and second in the state in career 3-pointers with 305. She had a double-double average her senior year (22 ppg, 10.4 rpg) and had 18 double-doubles, two triple-doubles and one quadruple-double this season.

Josephine Howery, jr., St. Mary’s — Averaging 19.2 points per game, Howery ranked second in Class 3A in scoring as she helped the Pirates to their second-straight state title. Howery also averaged 6.1 rebounds, three steals and 2.8 assists and had a team-high five double-doubles. Howery increased her points-per-game average by more than five points after averaging 13.9 ppg as a sophomore, and scored 30 or more points in a game twice this season.

Seneca Hackley, jr., St. Mary’s — Hackley led the back-to-back 3A state title team with four steals per game and at 5-foot-8 averages nearly a block per game. The junior was second on the team in scoring averaging 13.7 points, and 4.6 rebounds. As a sophomore she had 10 double-figure games, while this year she scored 10 or more points in all but four contests. Area coaches described Hackley as "probably the fastest, best defender in the state and scores also."

Rachel Ingram, sr., Colorado Springs Christian — With 248 career 3-pointers, Ingram finished her high school career ranked seventh in the state all-time. Averaging 17.3 points Ingram ranked third in Class 3A in scoring, and shot 51 percent from the field. She finished second on the team in scoring and helped the Lions to a third-straight title game appearance. She also averaged five rebounds, 4.3 assists and 2.9 steals as a senior.

Caileen Sienknecht, sr., Manitou Springs — Sienknecht led the Mustangs averaging 16.6 points, ranking No. 4 in Class 3A. She registered four double-doubles thanks in part to 7.4 rebounds per game. The 5-foot-6 guard also averaged 3.5 steals and 2.3 assists as Manitou Springs completed its second-straight 15-9 season. She scored 20 or more points eight times this season, and was held to fewer than 10 just three times.

Girls high school basketball all-stars for classes 4A and 5A.