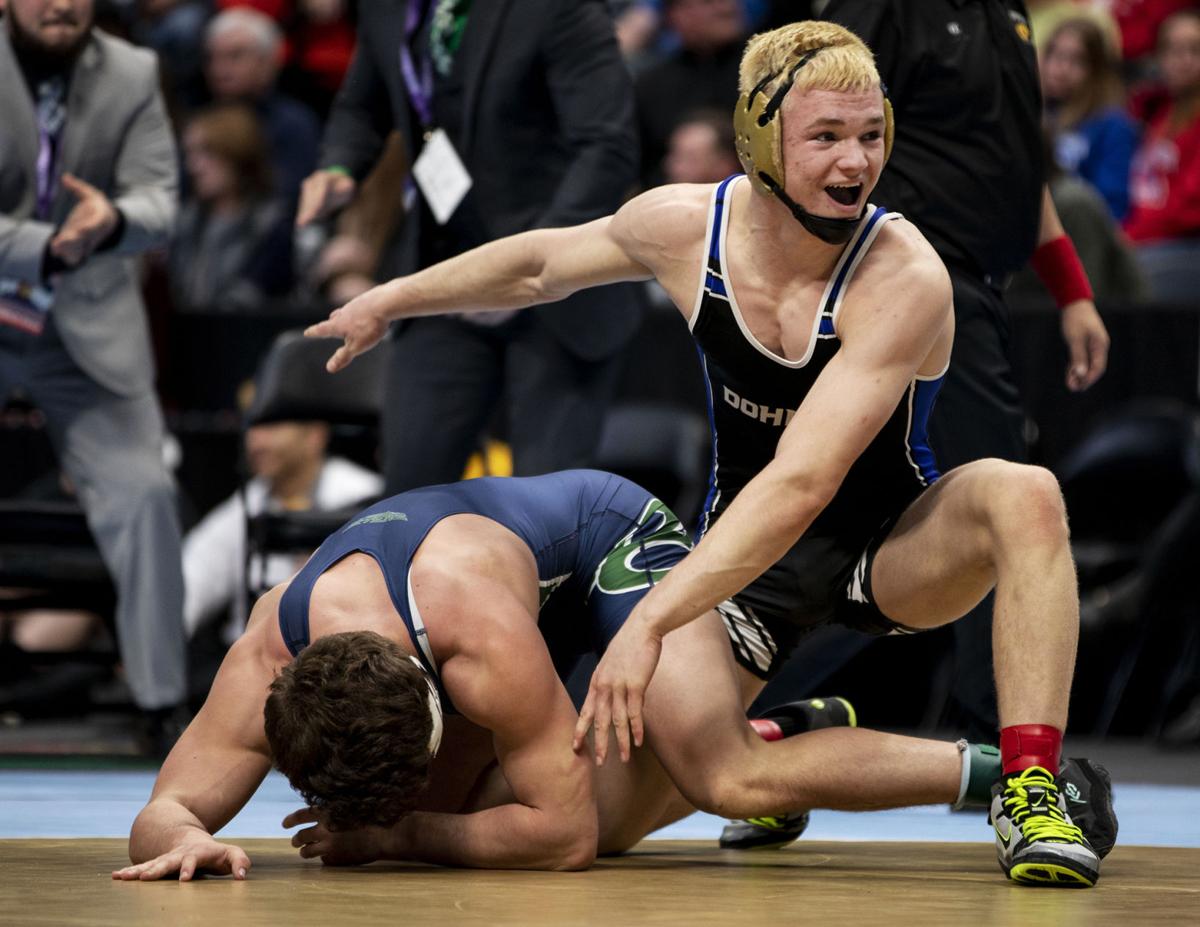 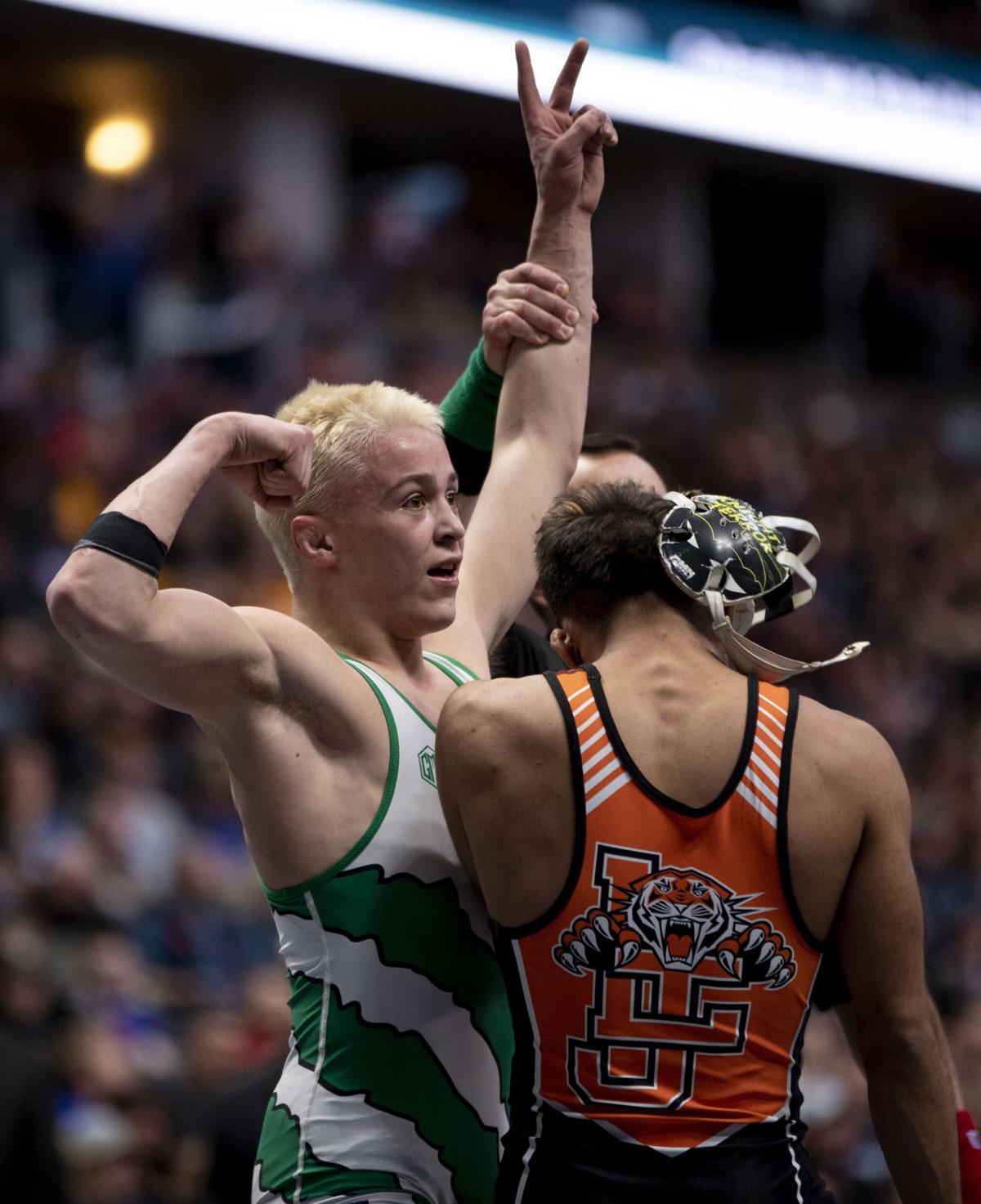 DENVER — The Pikes Peak region produced nine finalists at this year's state wrestling championship at the Pepsi Center. For much of the night, there was as much heartbreak as joy.

Nonetheless, it was a memorable season for all.

Four wrestlers from the area were crowned state champions and all of them couldn't stop smiling well after their hands were raised in the air to a packed crowd. Woodland Park's Brady Hankin (Class 3A, 120 pounds), Coronado's Angel Flores (4A, 126), Doherty's Tyson Beauperthuy (5A, 170) and Mesa Ridge's Jared Volcic (4A, 220) celebrated their elusive victories with coaches, friends and family.

The night started with a known champion in Hankin, a sophomore who decidedly beat La Junta's Isaiah Gamez for the third time this season. He won 11-6, but their two previous matches this season were much closer. Hankin is now a two-time state champion who won't be satisfied with his high school career if he doesn't finish it with two more titles.

"Two more years," Hankin said. "I just have to get it done."

Shortly after that match, Coronado's Flores walked away with his own state title after he defeated Mountain View's Malachi Contreras with an 11-1 major decision. Flores dropped two weight classes midway through his senior to help increase his chances of winning it all.

"It was everything I worked so hard for and I couldn't be happier," Flores said, smiling. "I couldn't be more thankful for my teammates and everybody who supported me. I'm just thankful."

Flores became the 15th state champion under longtime Coronado coach Matt Brickell, who came out of a two-year retirement this season. One of his champions, Henry Cejudo, went on to win an Olympic title.

"I just get to be a part of this," the coach said. "I got tears in my eyes because we love the kid. He's a wonderful, wonderful kid."

Mesa Ridge's Volcic had one of the most dramatic wins of the night as he pulled off a last-second take down to beat Broomfield's Bryant Walker with an 8-7 decision.