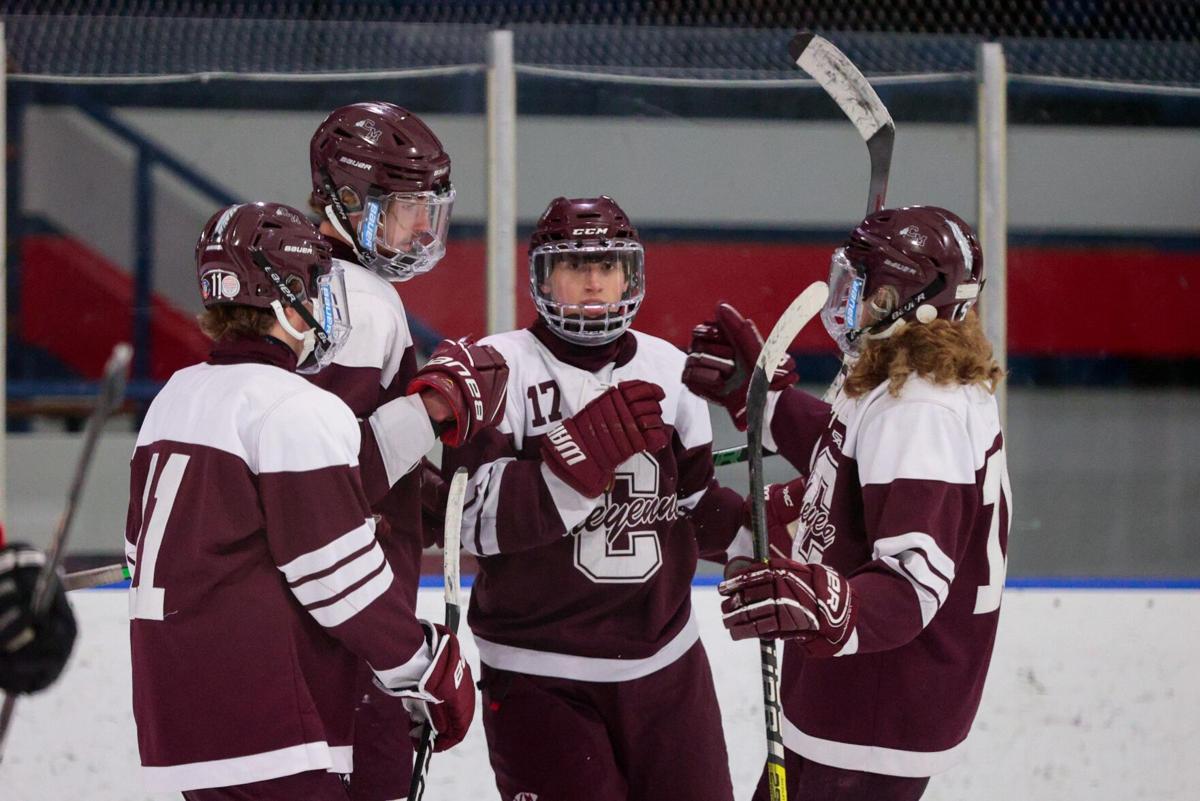 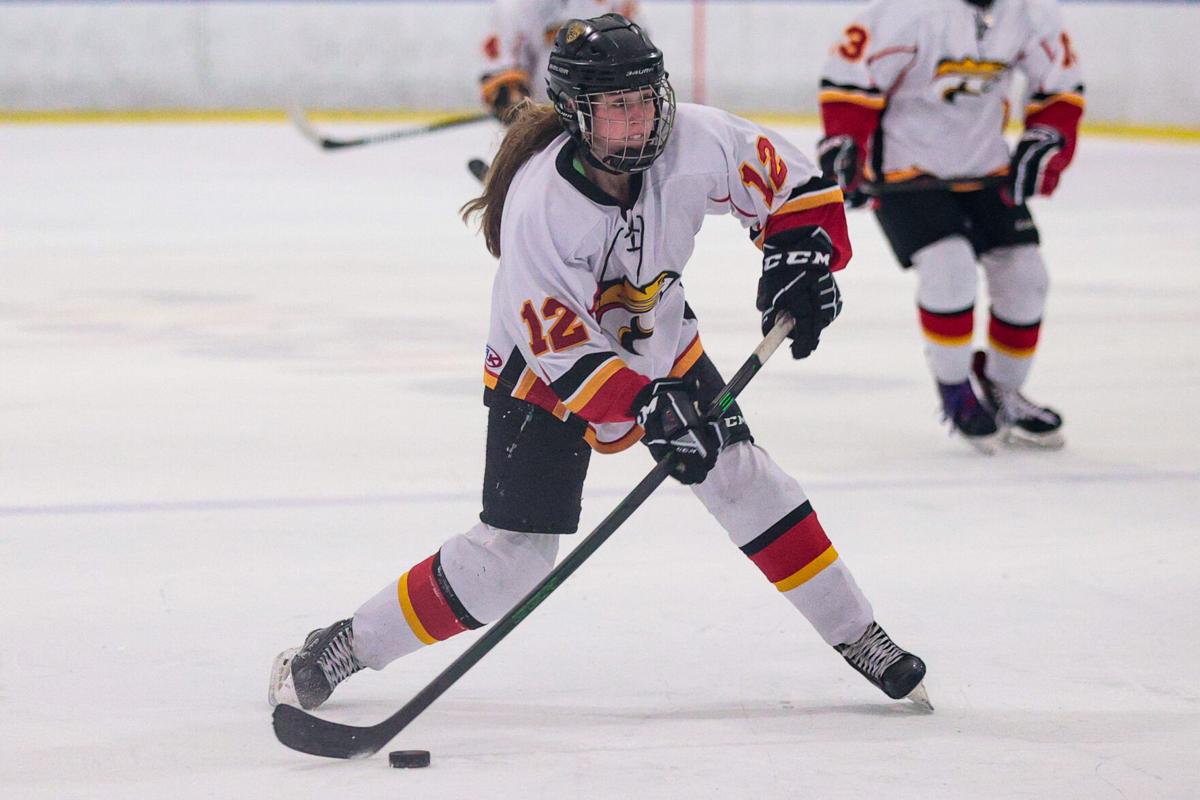 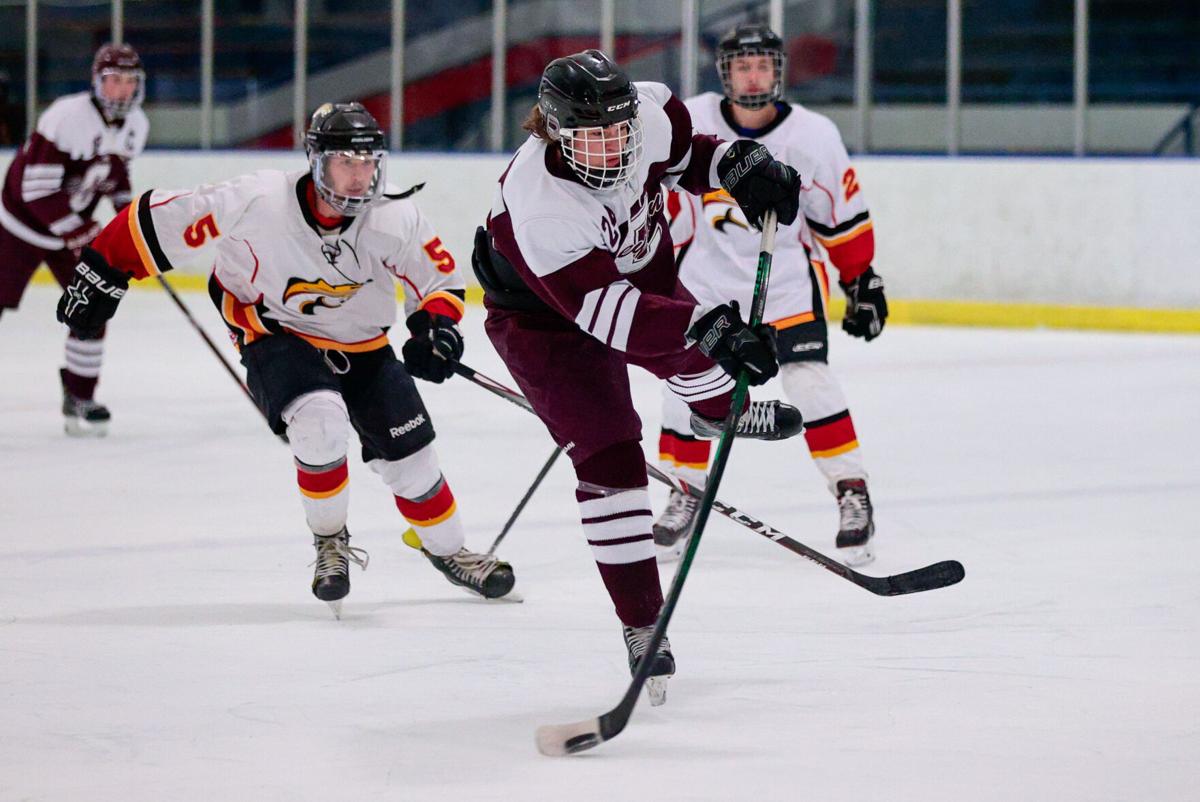 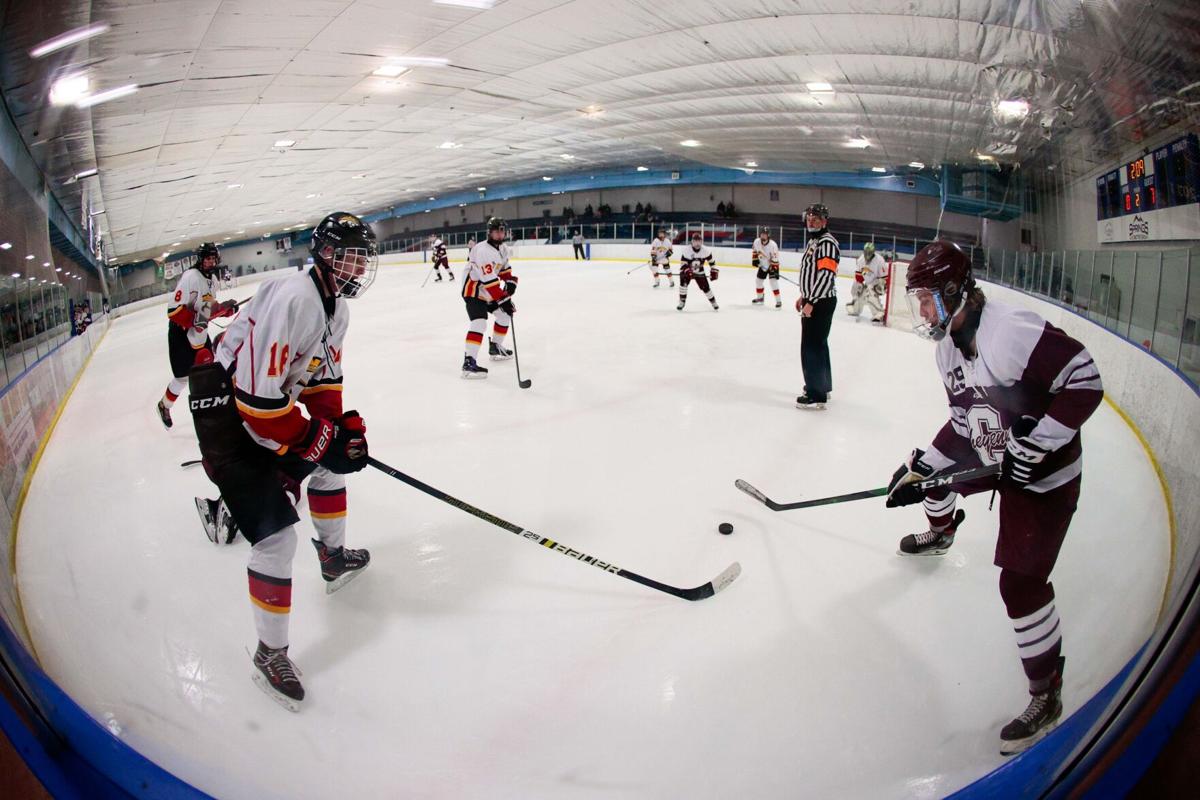 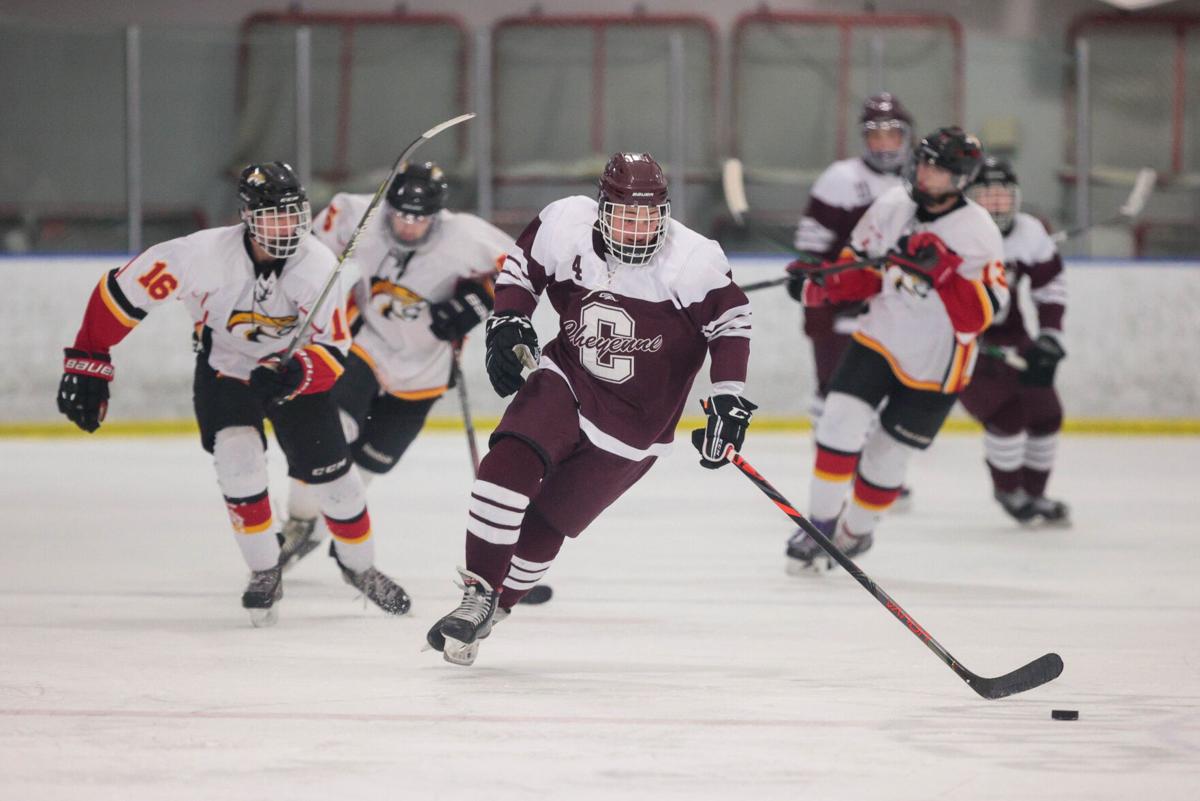 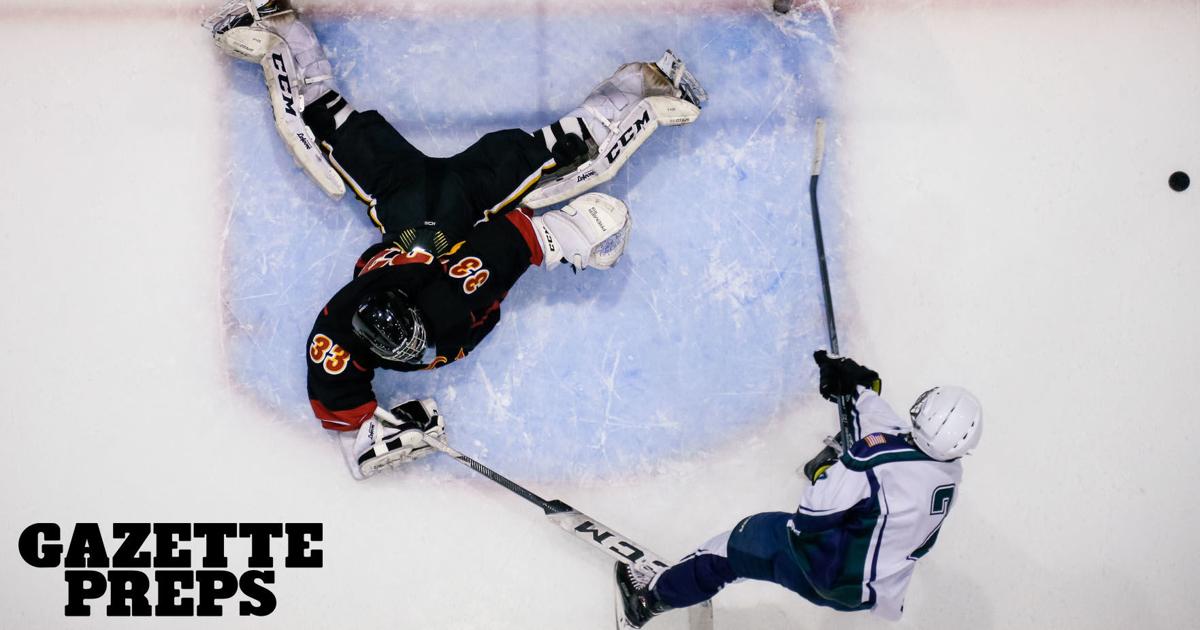 At Sertich: After a two-week break Cheyenne Mountain came back strong earning a dominant win over Coronado to remain undefeated.

Grant Bevan spent 34 minutes in goal and had nine saves. Jeremy Renholm had one save in 17 minutes of work.

At Family Sport Center: Easton St Pierre and Garrett Bogan each scored for Doherty in a 5A South loss to Mountain Vista.

Konner Morgan led Sand Creek with 21 points and Judah Montoya was not far behind with 20. Morgan had a double-double with 11 rebounds.

Markus Ramirez had 11 points and Jaidyn Hobdy added 10 for the Scorpions (9-2).

At Castle View: Liberty suffered its fourth straight loss in a nonconference trouncing by Castle View.

Jordan McKay led the Lancers’ effort with 20 points, followed by Landen Dvorsky with 16, Josiah Sewell had 13 points and Kenny Barnes had 12.

McKay completed his seventh double-double of the season with 10 rebounds.

At Pine Creek: Less than 24 hours after a triumphant win over Rampart, which put Lewis-Palmer in contention for the league title, the Rangers fell to Pine Creek in a 5A/4A PPAC clash. The Rangers led Pine Creek by four after the first quarter, but the Eagles outscored them 15-6 before halftime.

At St. Mary’s: St. Mary’s took a 31-5 lead over Florence in the first quarter of a 3A Tri-Peaks league game.

Luke Stockelman had 18 points and Cyrus Hernandez had 12 for St. Mary’s. Everett Ellis and John Klein had nine points each.

The Pirates are undefeated heading into the final week of the regular season.

At Mitchell: Amari Westmoreland-Vendiola led the Stallions with 18 points. Josiah Bean scored 12 and Jonathan McMiller had 10 in a 4A CSML-North victory over Mitchell.

At Palmer: After a low-scoring first half, Palmer put forth a fourth-quarter comeback, but fell just short in a nonconference loss.

Alyssa Rodriguez-Trujillo led the Terrors (2-6) with 14 points and Angel Risler had eight.

At Lakewood: Taylor Gossage led Liberty with 20 points and Jacy Rohr scored 12 in a nonconference loss to Lakewood.

At The Classical Academy: TCA claimed its third straight win in a nonconference victory over Harrison.

The Panthers were led by Amyah Moore who scored 35 of her team’s 48 points. The senior also had 15 rebounds and seven steals. Faith Thornton had 14 rebounds, four assists and four steals for Harrison.

At Woodland Park: Vanguard took a 47-15 lead over Woodland Park after the first half, and outscored the Panthers 29-8 in the third on the way to a 10th consecutive win and eighth 3A Tri-Peaks victory.

At Florence: St. Mary’s took a 23-5 lead after the first quarter, and despite being outscored 10-6 in the second, the Pirates built on their lead in the third, outscoring the Huskies 24-4 in the third, and 15-2 in the final eight minutes.

Ellie Hartman led St. Mary’s with 32 points, one shy of matching a season high. She had 18 points in the third quarter alone and nine more in the fourth. Payton Kutz scored a career-high 20 points for St. Mary’s (9-1, 7-1 3A Tri-Peaks).

At ThunderRidge: Doherty pulled off a second-half comeback on the way to the Spartans’ eighth straight win. Trailing by six after halftime Doherty outscored ThunderRidge 32-21 in the second half for a nonconference victory.

Fountain-Fort Carson freshman Jennifer Hazlett won the 50 free in 29.44 in a tight contest with teammate Julia Anzaldua, who placed second in 29.85.

With a 3-0 sweep at Dolores Huerta, TCA completed the season with a 16-1 dual record.

Coy earned a pin in 1:12 versus Buena Vista, and won an 8-3 decision over Dolores Huerta Prep.

Carroll also had two pins at 170 pounds, winning in 1:23 against Buena Vista and 1:34 versus Dolores before earning a 14-8 decision against La Junta.

PUEBLO - When Cheyenne Mountain wrestling coach Tyler Seaney interviewed for his role seven years ago, he noticed the walls of the high school…