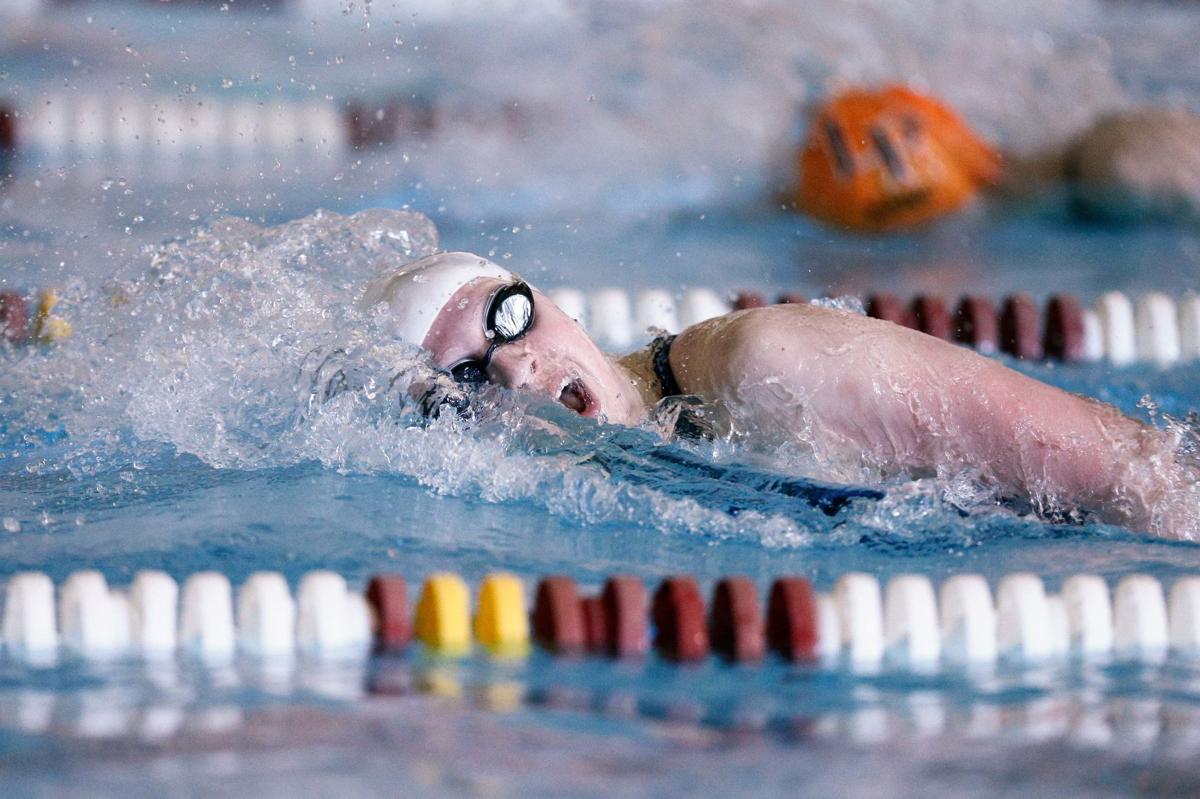 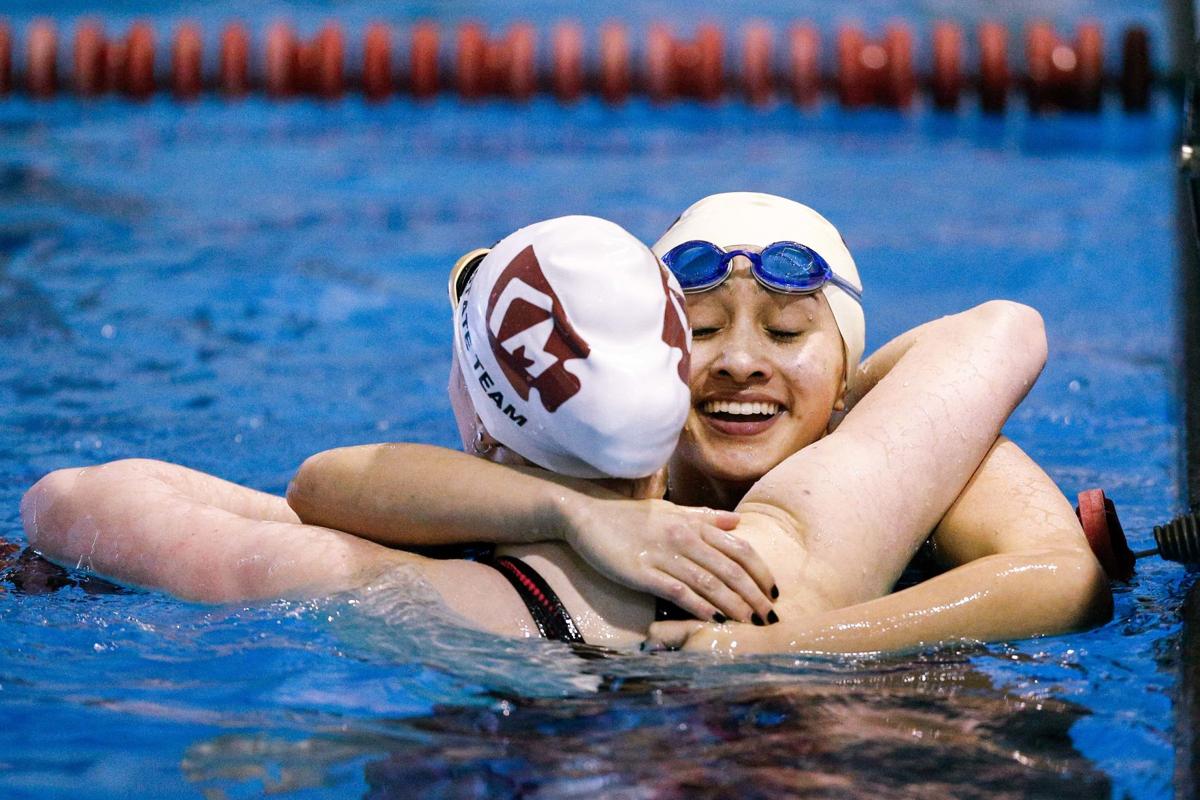 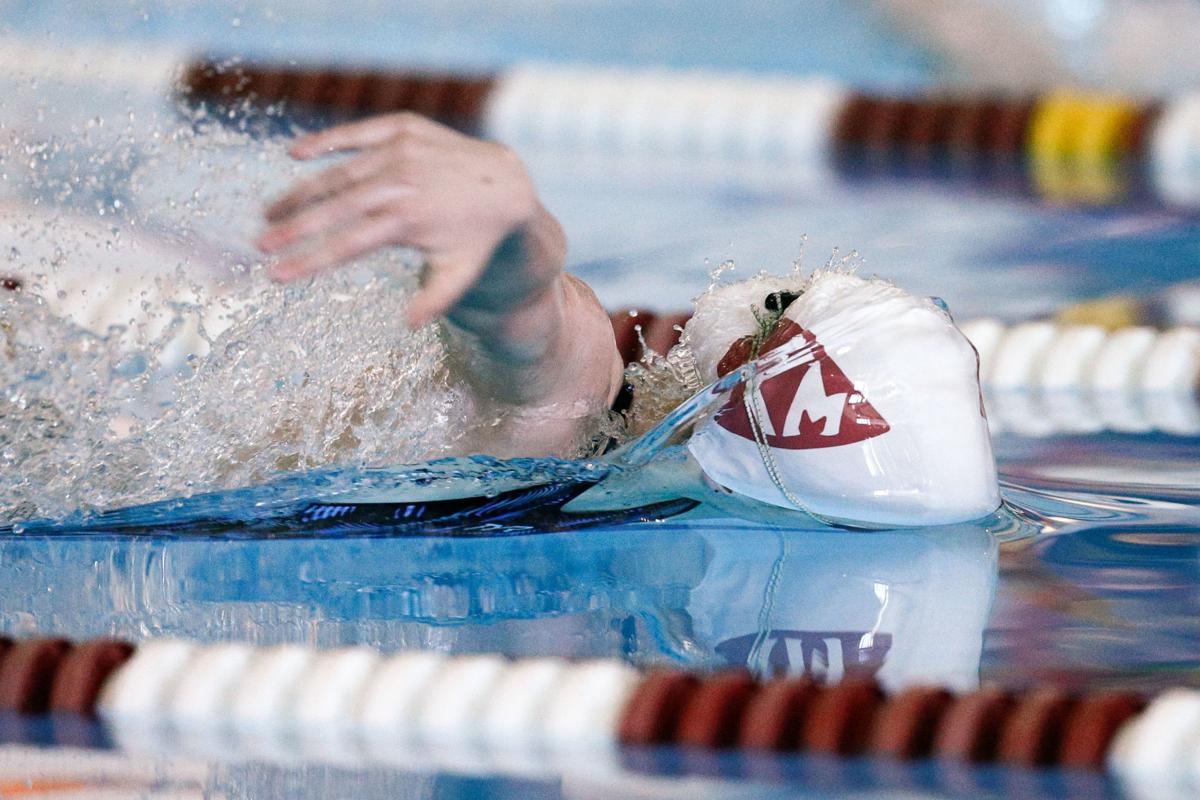 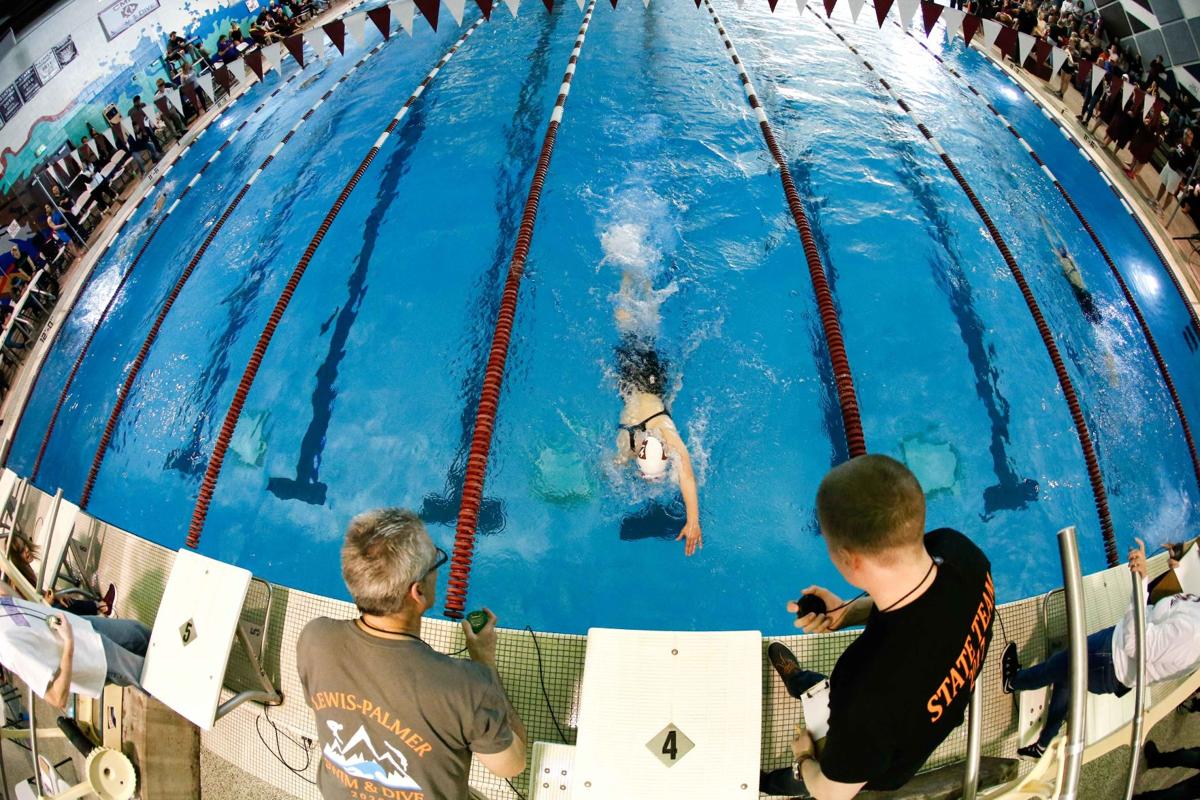 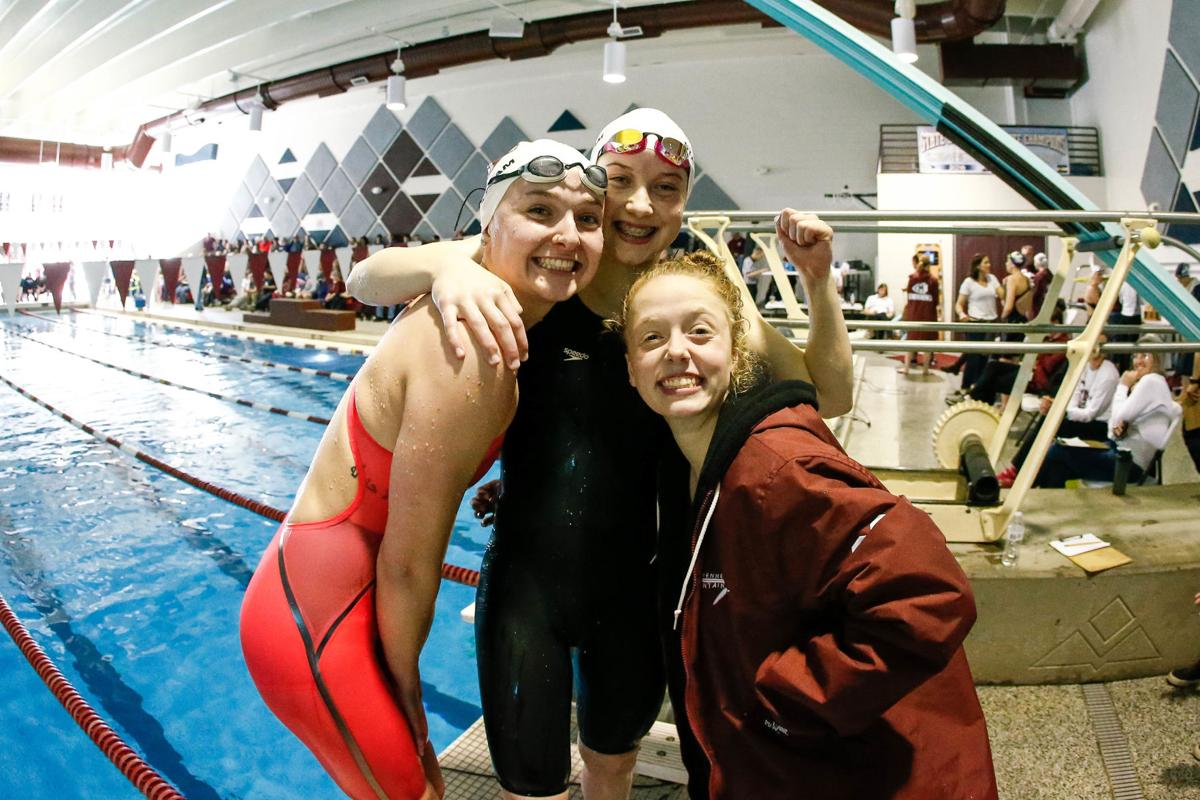 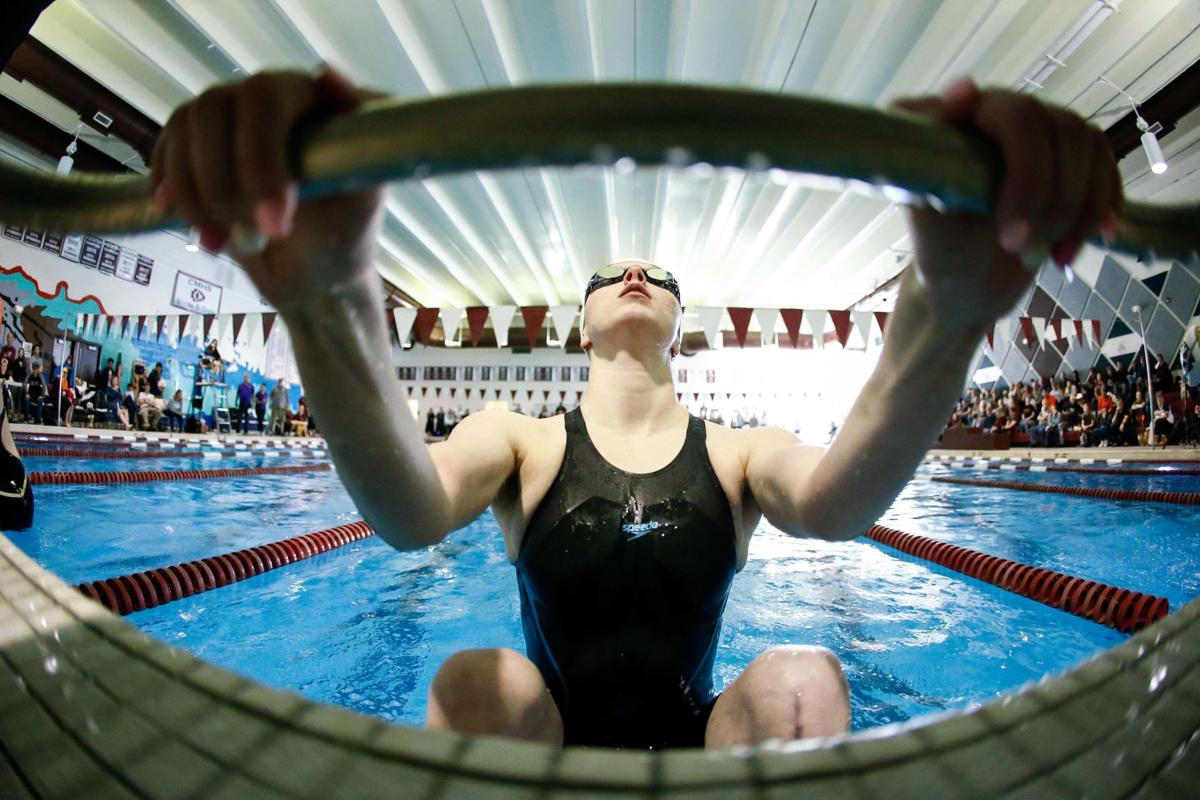 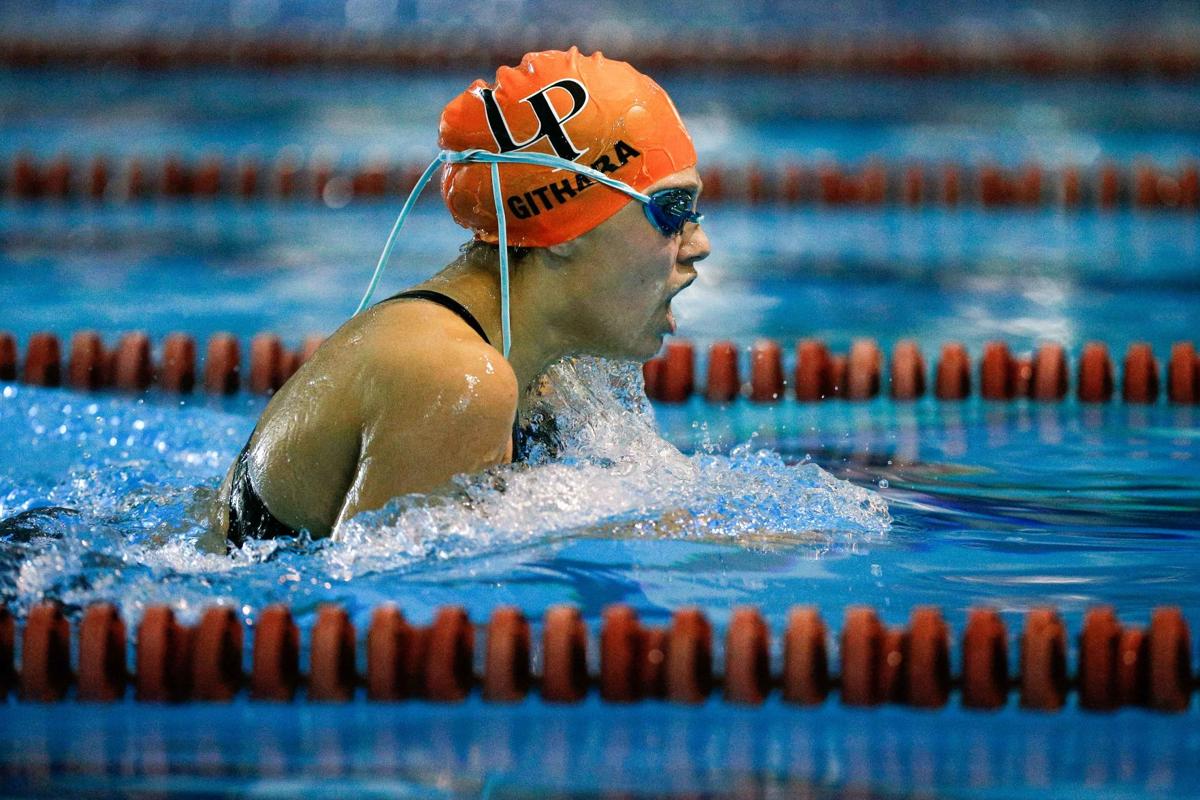 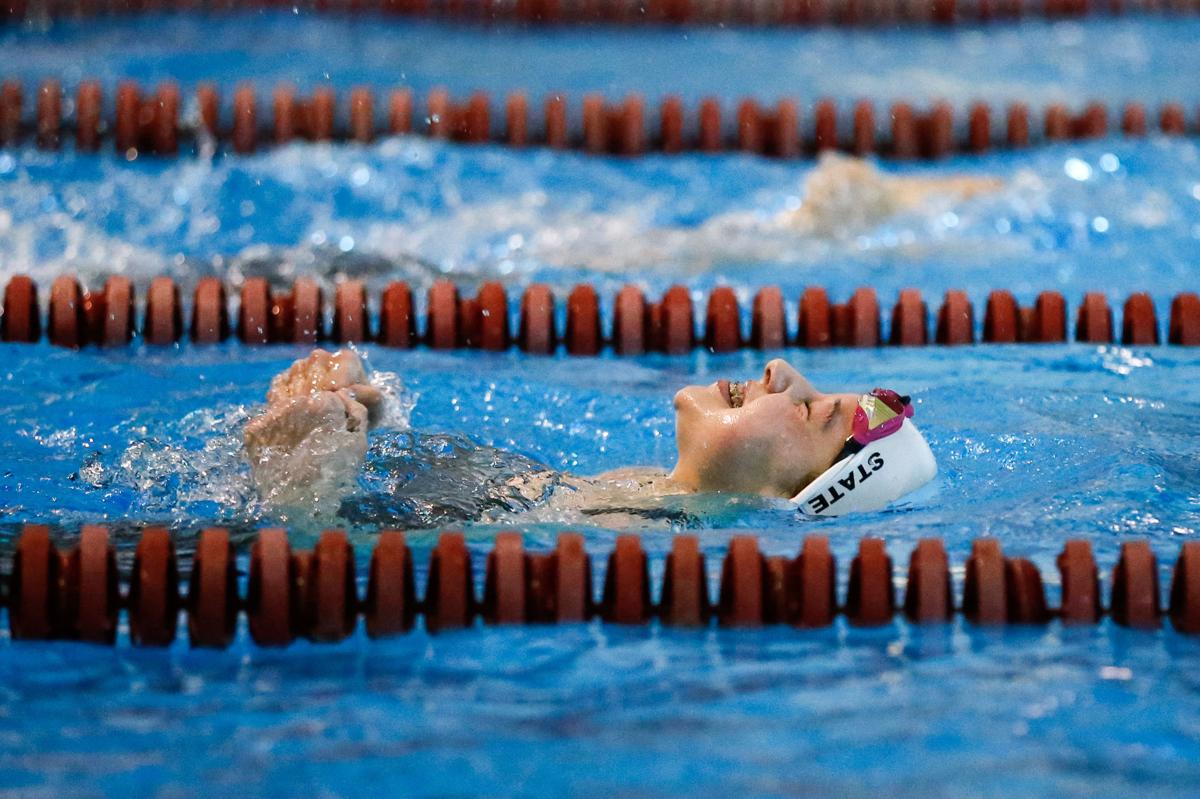 Lewis-Palmer and Cheyenne Mountain dominated the team race, but it was ultimately the Indians who came out on top with 596 points and the team PPAC title. The Rangers had 588 points, while Air Academy took third with 323.

Manitou Springs was the top local finisher in the Tri-Peaks championship finishing third in the team race with 369 points.

Coco Stevens placed second in the 500 free with a time of 5:41.90 and Heidi Martin placed fifth to help Manitou Springs to a top-three finish.

At Lamar: St. Mary’s claimed its fifth straight win in a 3A Tri-Peaks victory over Lamar.

Cole Brown followed with 11 points for the Rams (8-10) and Cale Cormaney led the team with 10 rebounds.

The Thunder (10-8) were led by sophomore Trent Pasvogel with eight points.

Colorado Springs Christian is 7-7 and 3-4 in league play.

At Air Academy: Coronado overcame an eight-point deficit in the second half, outscoring Air Academy 39-27 in the final 16 minutes to claim a nonconference win and break a seven-game losing skid.

Ladarius Mays led the Cougars (4-15) with 24 points, while Brycen Scherr and Jalen Austin followed with 13 and 12 points, respectively.

At Doherty: Lucas Moerman and Schafer Reichart scored more than half of Doherty’s points in a 5A/4A CSML win.

The loss snapped a five-game winning steak for Pine Creek (16-3, 7-1) and spoiled the Eagles’ hopes of an undefeated league record.

Danae Christensen and Torie Bass had 15 points each to lead the Trojans (16-1, 7-1) and Tauja Durham followed with 14 points. Raekyiah Williams added 12.

Christensen also had 13 rebounds and Aylonna Robinson followed with 10.

At Lamar: Eleven Pirates scored in a 3A Tri-Peaks win over Lamar.

St. Mary’s (16-1, 9-0) was led by senior Josephine Howery with 19 points, followed by Brooklyn Valdez and Catherine Cummings with 15 each.

Cummings added 11 rebounds and Valdez had a team-high six assists.

At Doherty: Both teams struggled to get going in the first quarter, but Doherty found a spark before the half, outscoring Pine Creek 14-9 in the second frame, and hung on from there for a 5A/4A CSML win.

At WA-OLY: Jack Cintron and Cole Brooker scored two goals each for Coronado as the Cougars defeated Palmer.

Marc Godec, Connor Fouts, Austin Crawford and Aidan Heinz all had one assist for Coronado. Godec had 24 saves.

Nick Hernandez had two assists for Doherty and Jeth Fogg was 21-for-22 in goal.

At Honnen: Jordan Jeffords had two goals and three assists for Rampart.

Kiko Miller had two goals for the Rams and Jonathan Musser had four assists. Logan Matheny had a goal and three assists, while Ethan Meyer and Michael Barber had a goal and two assists each.