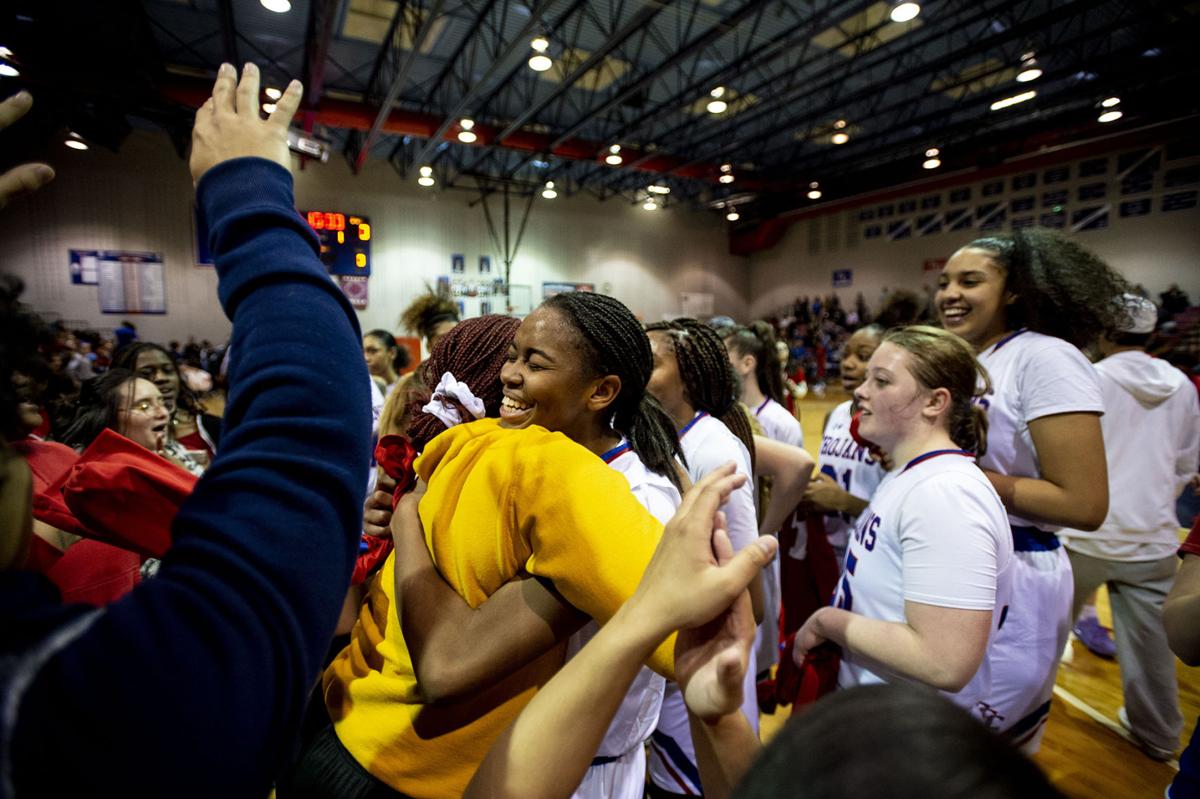 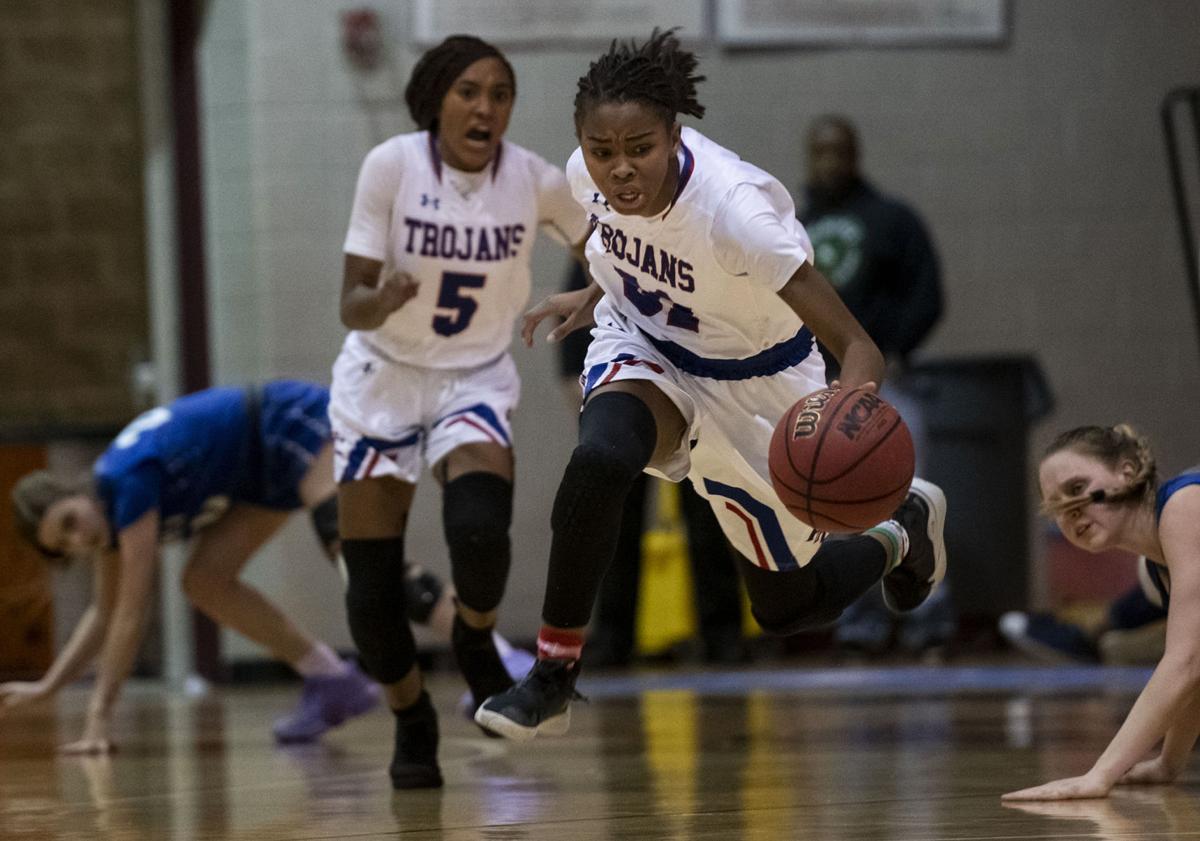 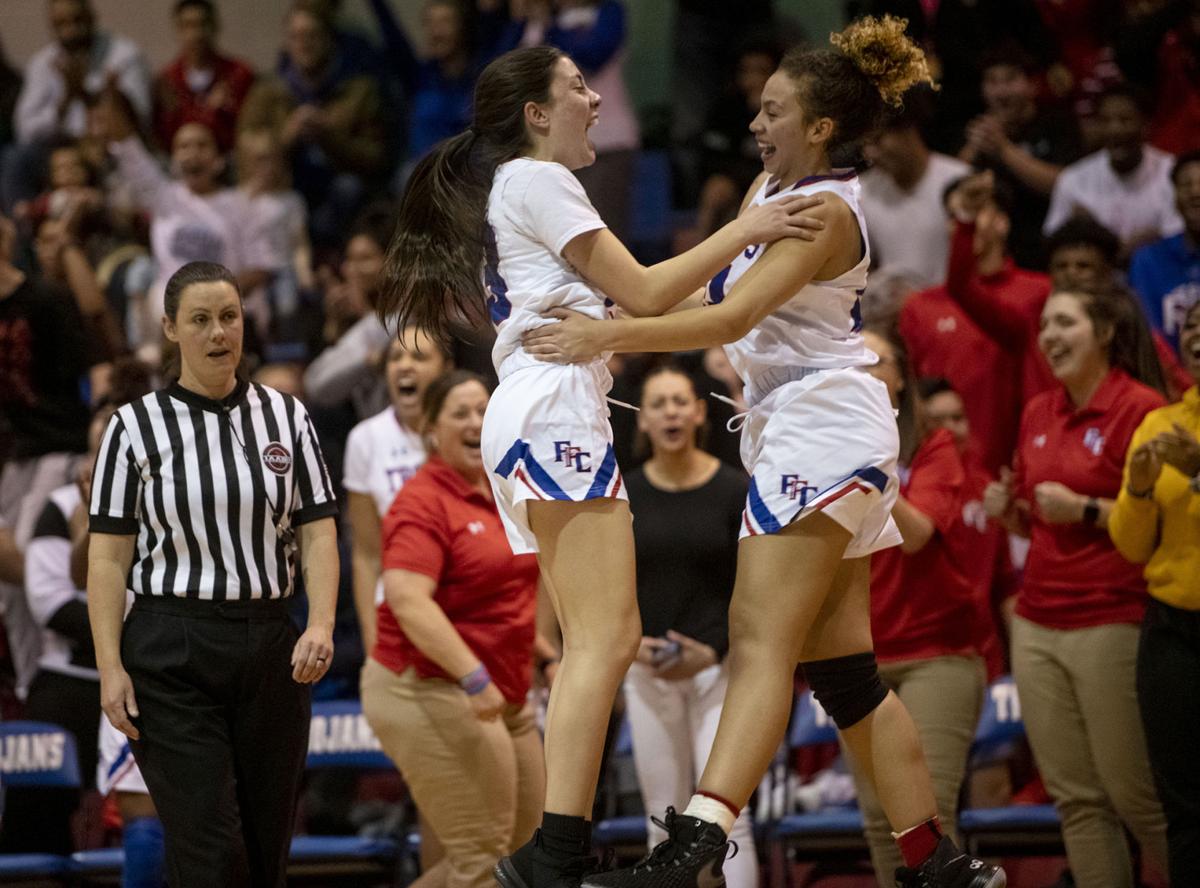 FOUNTAIN - Thinking about giraffes allowed Fountain-Fort Carson senior RaeKyiah Williams overcome an air ball from the free-throw line and helped the Trojans avenge their only loss in Tuesday’s 50-48 win over Doherty, a battle between the top girls’ basketball teams in the Class 5A Colorado Springs Metro League.

She realigned herself and looked to coach LouAnn Guiden.

“I smile at her and I say ‘giraffe,’ so she knows that she has to have that arm up like a giraffe neck,” Guiden said. ”That’s for her.”

The reminder paid off, as Williams, who entered a 36% shooter from the line, hit the second to tie the game and then hit two more less than a minute later to give the Trojans a lead.

She hit her fourth consecutive free throw to give the Trojans a 49-45 lead with 26 seconds to play and finished 4 of 6 from the line.

Doherty (12-7, 8-2) pulled within a point when Abbey Mansfield hit a desperation attempt, but Torie Bass hit a free throw in the final 7 seconds in the win.

“It came down to a free throw or two,” Doherty coach Patrick McKiernan said.

“We came in here, in this hostile environment, and we were within a couple of points. It could’ve gone either way there at the end.”

After a tight first half, Doherty used a 7-0 run early in the third to open up a 10-point lead, then Bass got going. The F-FC junior, who scored a game-high 22 points, followed Williams’ lone field goal with eight straight points, including two of her three 3-pointers.

“We all had to step up, not just me,” Bass said. “We just had to be more aggressive.”

Carolynn Dail added three 3-pointers and was the only other F-FC player in double figures with 11 points. Danae Christensen added eight and Williams six.

Williams understands her role is different.

“I think it’s to get people hyped whenever I’m on the bench, and when I’m on the court, I like to play defense and get everything going faster, get steals, get pressure,” she said.

Taryn Lindsey led Doherty with 16 points, and Taylor Corsi added 12, but the Spartans made just half of their 12 free-throw attempts in the fourth quarter.

Themselves and possibly giraffes.

“Well, she’s OK. She’s definitely improved,” Guiden said of Williams’ free-throw shooting. “We’ve really been working with her this year. Tonight, she came through, so she was a great free-throw shooter tonight.”

Keyshawn Maltbia hit a 3-pointer to pull Fountain-Fort Carson within a point in the final minute of the boys’ game, but Doherty’s Lucas Moerman hit four straight free throws down the stretch to lead the Spartans to a 56-51 victory.

The Air Force commit put down a few alley-oops earlier and finished with a game-high 20 points. Schafer Reichart added 17 points, and AJ Guiao added 10 for the Spartans.

Maltbia led the Trojans with 17 points.

A collection of this past week's most impressive numbers by Pikes Peak region high school teams and athletes.