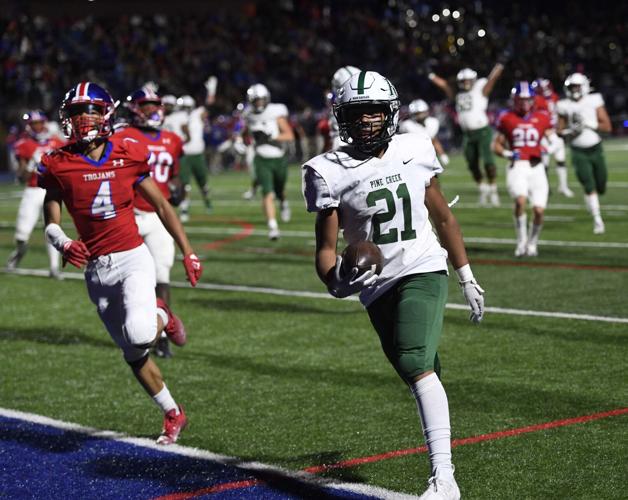 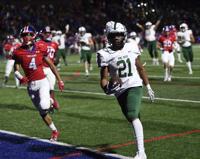 Pine Creek’s Jonathan Coar trots into the end zone for a touchdown Friday against Fountain-Fort Carson. 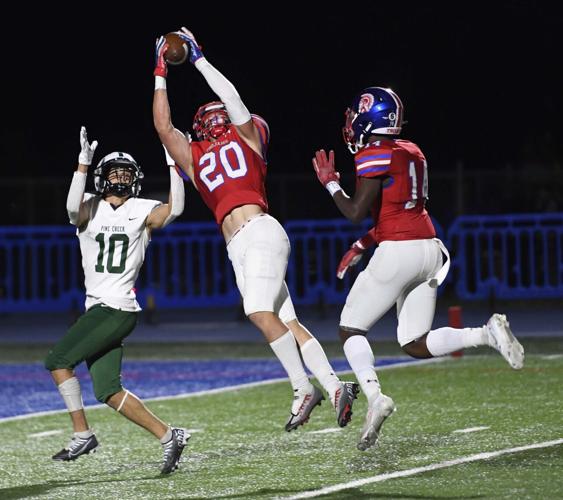 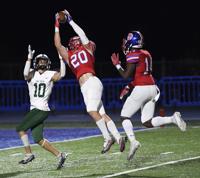 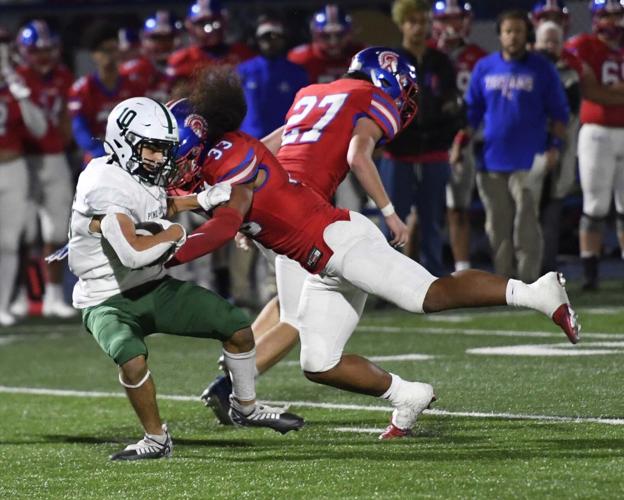 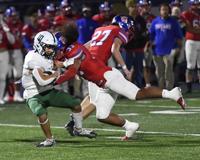 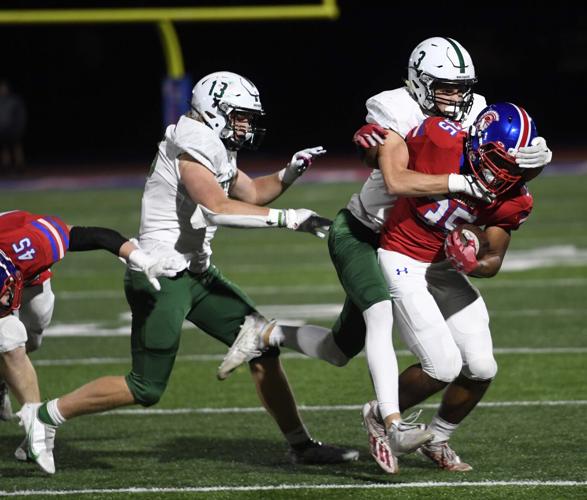 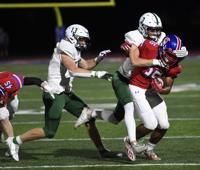 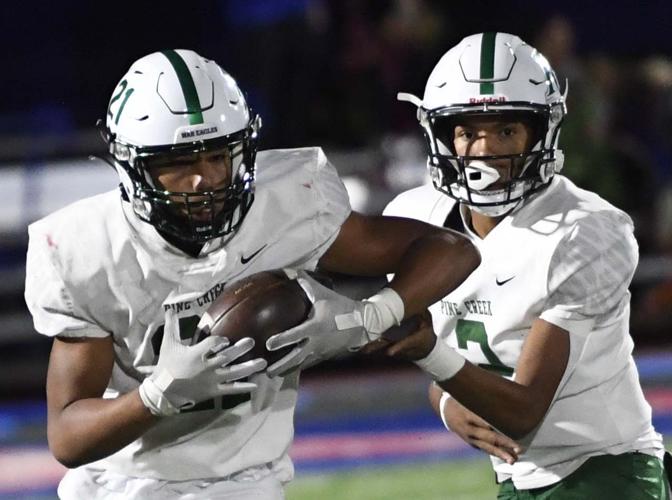 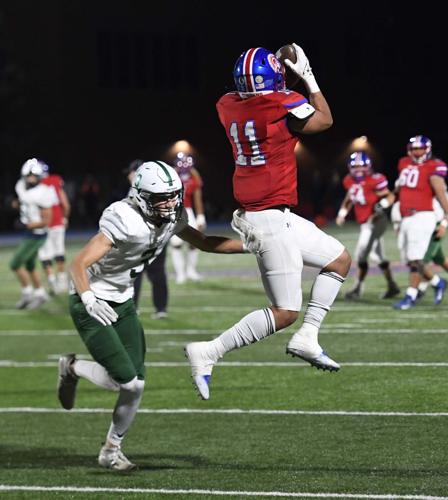 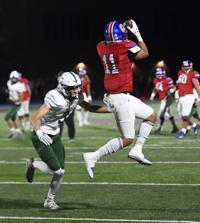 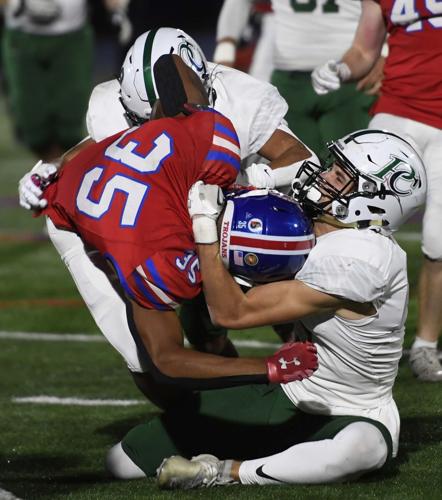 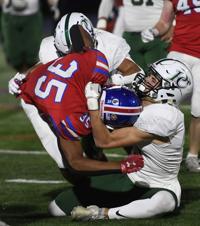 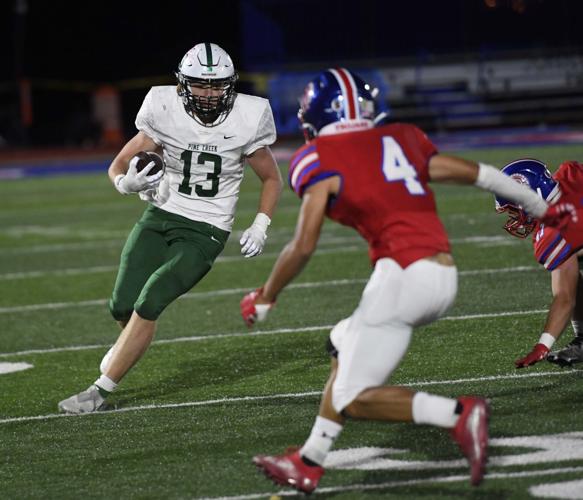 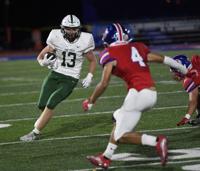 Pine Creek's Mason Miller runs to the outside against Fountain-Fort Carson on Friday, Sept. 30, 2022.

Pine Creek’s Jonathan Coar trots into the end zone for a touchdown Friday against Fountain-Fort Carson.

Pine Creek's Mason Miller runs to the outside against Fountain-Fort Carson on Friday, Sept. 30, 2022.

Built at home to go on the road.

Pine Creek football coach Todd Miller gives a lot of credit to the homes his players come from — many hours before they load onto big yellow buses and head up or down Interstate 25.

They've been conditioned, both mentally and physically, and it paid off in a 14-0 win over Fountain-Fort Carson on the road Friday to move the Eagles to 5-1.

If the parents are to thank for the players' respective grit, then defensive coordinator Matt Wibbels might just be to thank for being the father of a unit that held the Trojans scoreless after they had scored 136 points in the three games coming in.

"They were rolling and have a good scheme — we bent in the first half but there was nothing in the second," Miller said. "This was a tribute to coach Wibbels and his game plan. We also had guys step up.

"This is who we are — ugly, it's putting lipstick on a pig, but they're tough."

The leader of the defense, senior Brett Alvey vacated his middle linebacker spot in the second half after an injury. Stepping up was a junior built by Miller himself in his son, Mason.

He slid over to cover the middle of the defense with senior Logan Matthews and junior Ramon Pacheco leading the defensive backs.

A fumble by junior tailback Jonathan Coar in the third quarter opened the window for the Trojans. It was the defense that got the ball right back to allow redemption on an 18-yard run around the corner to put Pine Creek up 14-0.

Add insult to injury as the Eagles strike from 18 yards out with Coar taking it around the corner to make it 14-0 with 46 seconds left in the third #copreps: pic.twitter.com/e2VMBN7vLH

Once the lead reached two touchdowns, it was interceptions from Pacheco, then Matthews on Fountain-Fort Carson's final drive to put the Eagles in victory formation.

"All of our hard work just really paid off, our guys played great," Matthews said. "We knew it would be a dogfight coming in, and we're a team that was ready."

The second half saw Pine Creek hold the Trojans out of the red zone for its entirety.

Outside a 24-7 loss to Valor Christian, the Eagles defense has allowed just 39 points in the five wins, combined.

The unit is giving time to an offense still finding its footing behind sophomore quarterback, Cam Cooper. Mason and Coar are leading a ground game, that, though it was largely held in check by Fountain-Fort Carson, has churned out yards where it needed to.

"I was scared to death, but I know we have warriors," Miller said. "We're hurting and our guys just won't accept not being out there, they're committed to the guys next to them.

"That's a quality built at home by a mother and father."

Lipstick on a pig, winning ugly — dub it whatever you will.

Miller believes in the homes his players come from, and he can take that on the road as far as Las Vegas, if needed.

Meek Mill speaks to quarterback Cam Cooper's potential as a football player, almost as much as the rapper inspires Pine Creek.