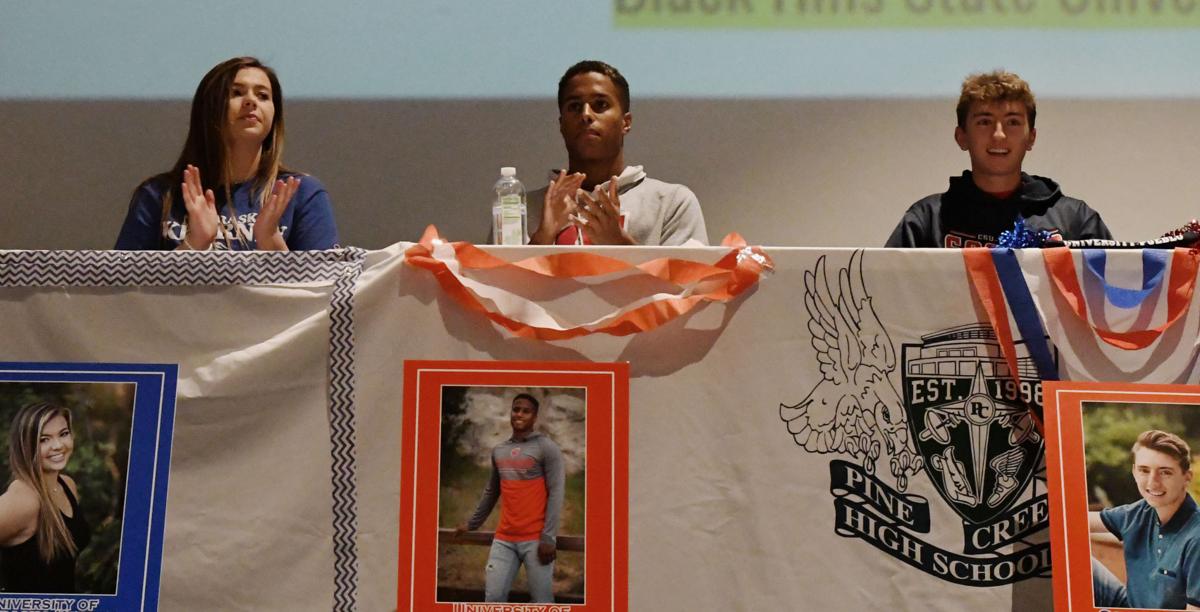 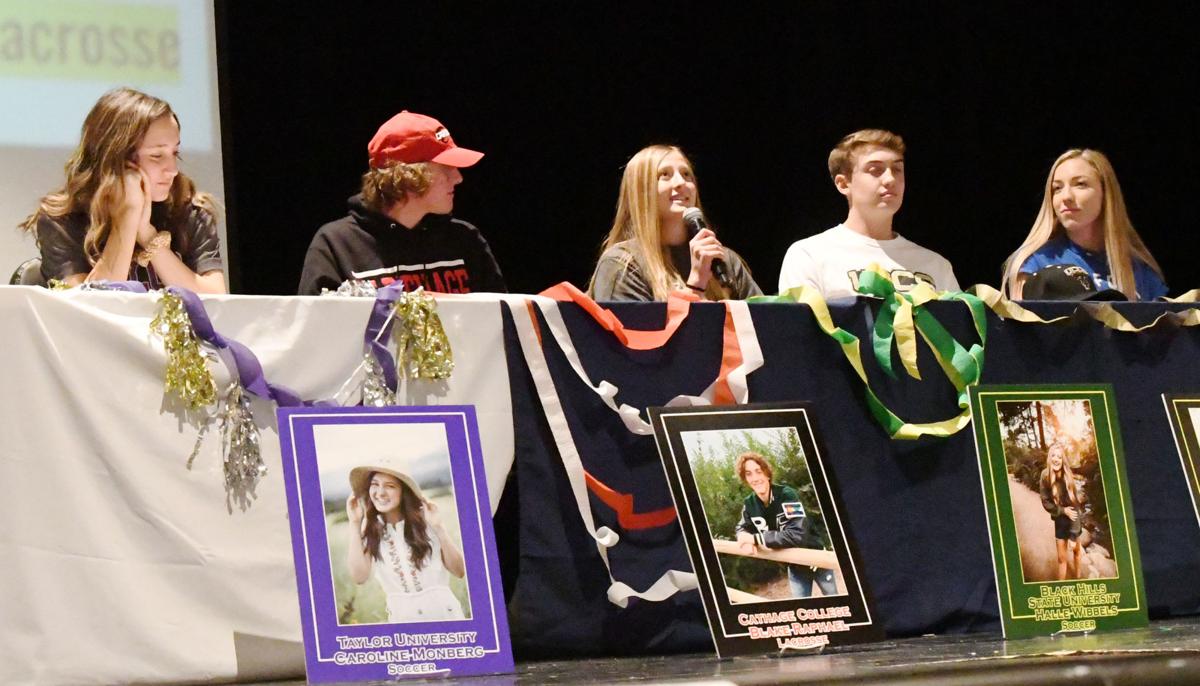 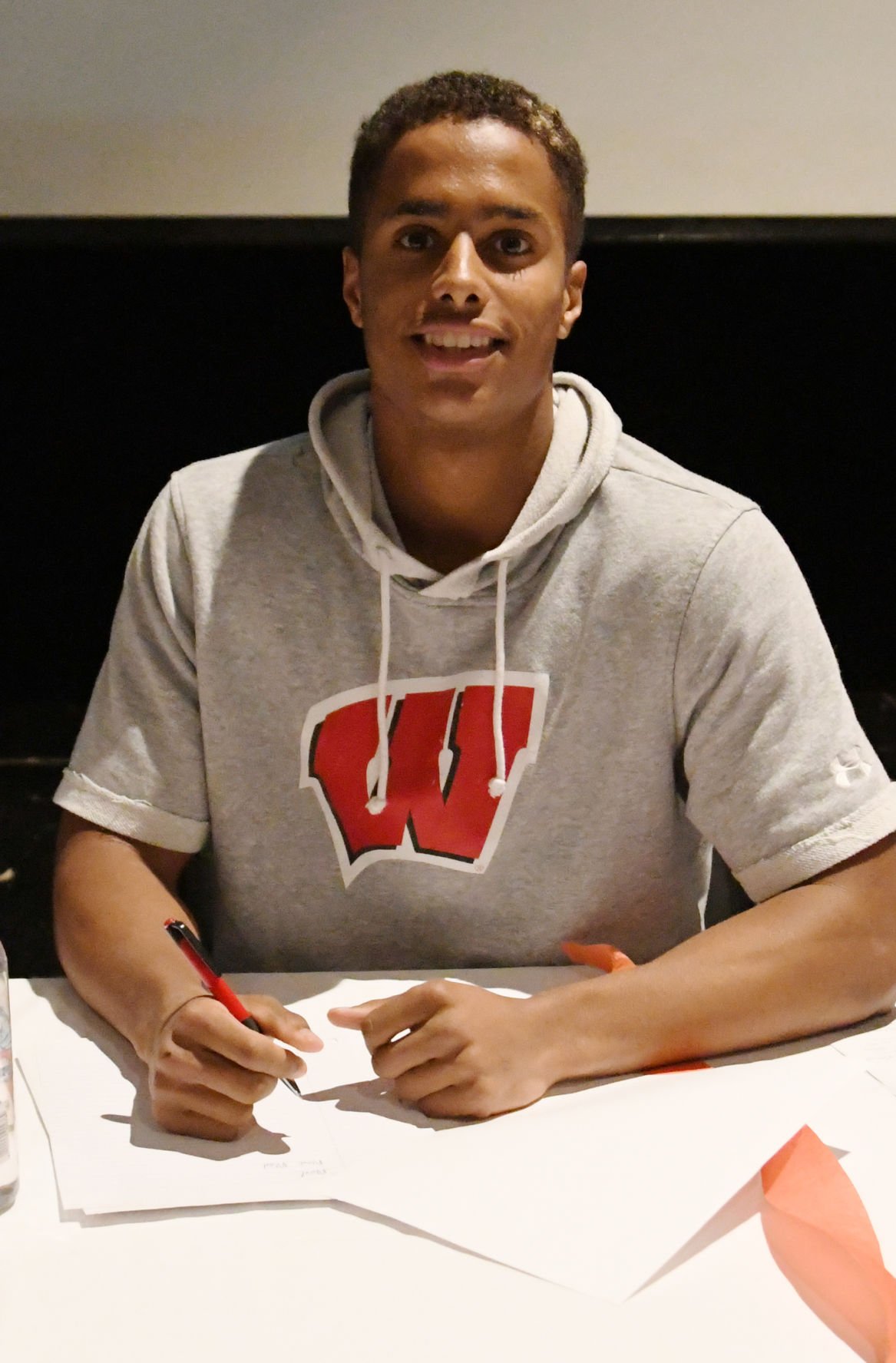 Max Lofy, a senior at Pine Creek, signed his National Letter of Intent to play football at the University of Wisconsin on Thursday, Dec. 19 at Pine Creek. (Lindsey Smith, The Gazette) 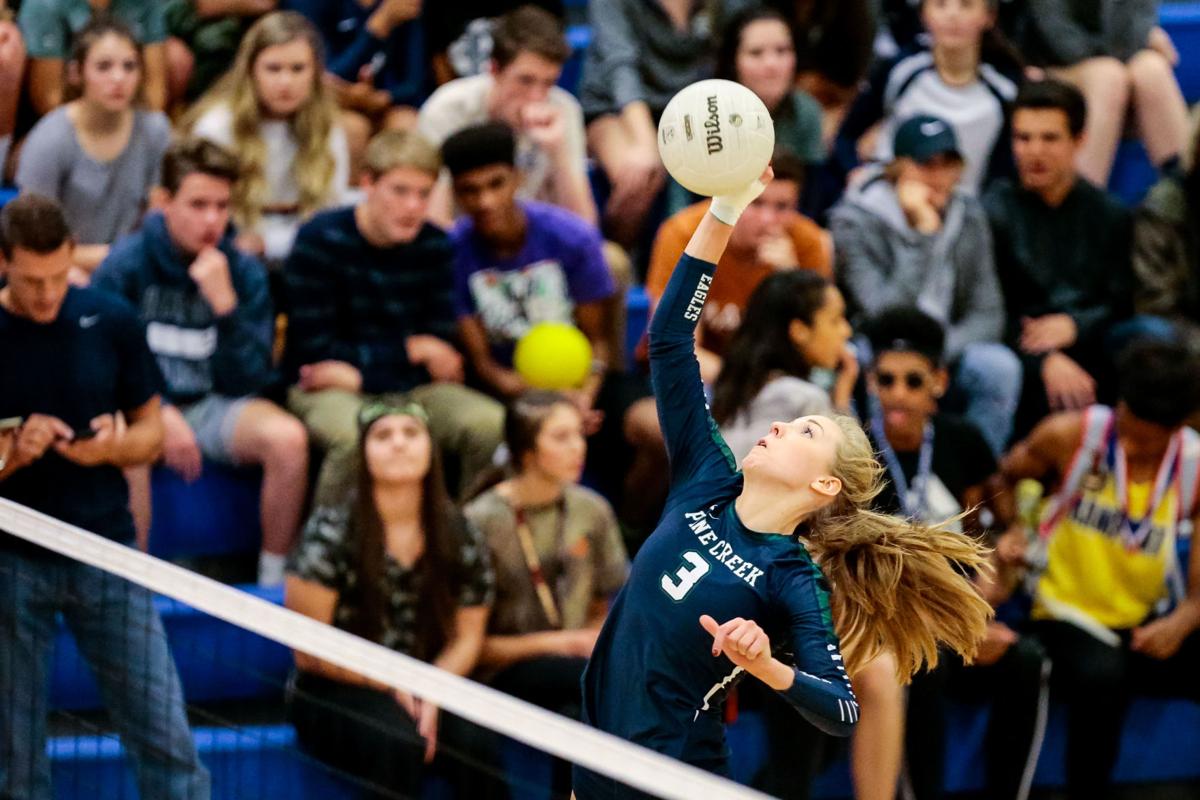 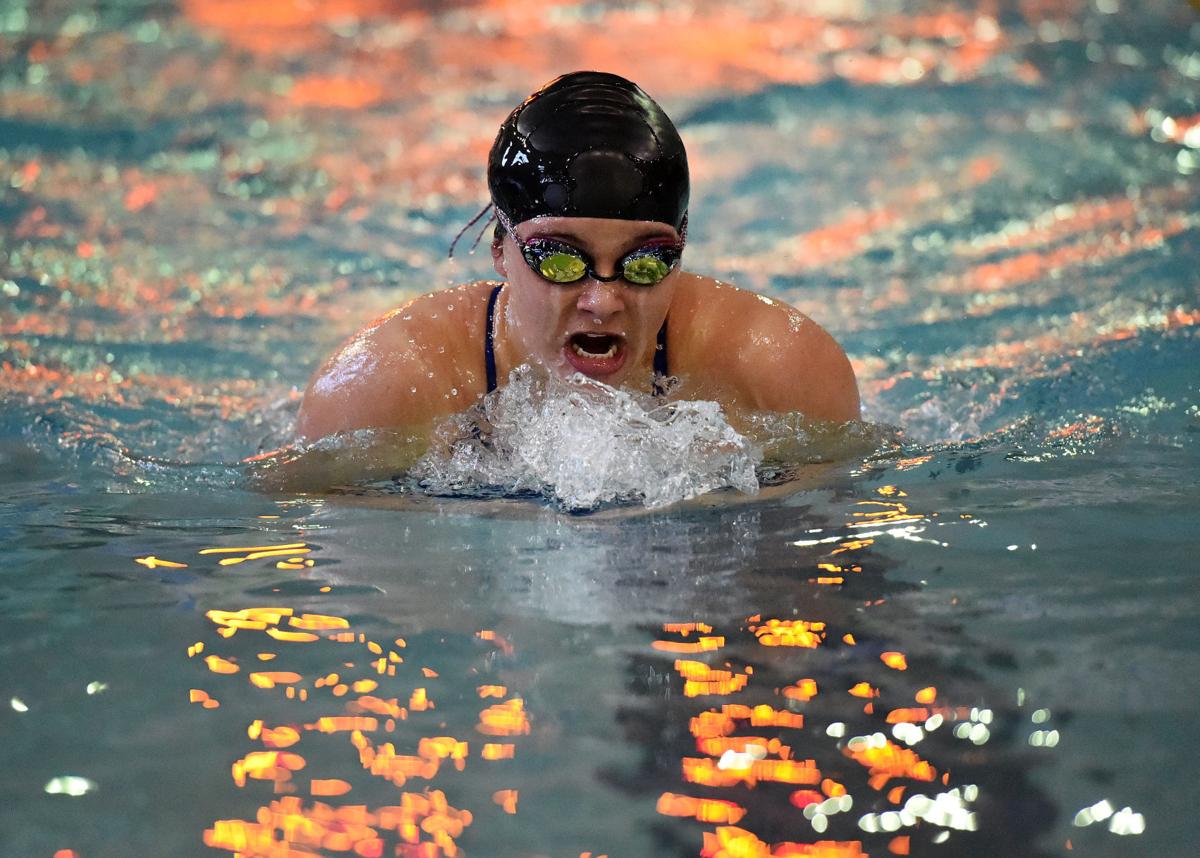 Eleven Pine Creek seniors signed National Letters of Intent on Thursday to continue their athletic careers in college, including three Division I signees.

Lofy grew up watching Badger football. He grew up traveling to northern and central Wisconsin to visit family, and considers the the Badger State his "second home."

So when he got the call, informing him of an offer to play football at Wisconsin, he was in disbelief.

“It took a couple of days to sink in,” Lofy said. “It wasn’t until I sat down and talked with my family that I understood the real depth of it.”

He announced his verbal commitment to the Badgers on July 23 and made it official Thursday, signing his National Letter of Intent during the Division I football early signing period.

“I’ve been going back to northern and central Wisconsin for 10 maybe 12 years because I have family up there so it’s kind of like a second home to me,” Lofy said. “I grew up watching the Badgers my whole life and I’ve always been attracted to the red and white, so to finally sign and to get the opportunity to play for them is a dream come true.”

Lofy, who played a little bit of everything for the 4A state champion Pine Creek football team, said he is told he will play mostly cornerback and return specialist for the Badgers.

In his career at Pine Creek Lofy had six interceptions and 18 passes defended, including 10 as a senior, 926 receiving yards, 445 rushing and 22 total touchdowns.

Wilson has dreamed of attending the Air Force Academy since she was 7 or 8.

And Thursday she made that dream come true, while also extending her volleyball career.

“To be able to attend my dream school while playing the sport I love is something I never thought I would get the opportunity to do,” Wilson said.

Wilson, an outside hitter, led the Eagle volleyball team with 232 kills in her senior season. She was also second on the team in digs with 192 and had 40 aces. She concluded her senior year with a career high hitting percentage of .247. As a three-year varsity starter she accumulated 505 kills, 96 total blocks and 85 aces.