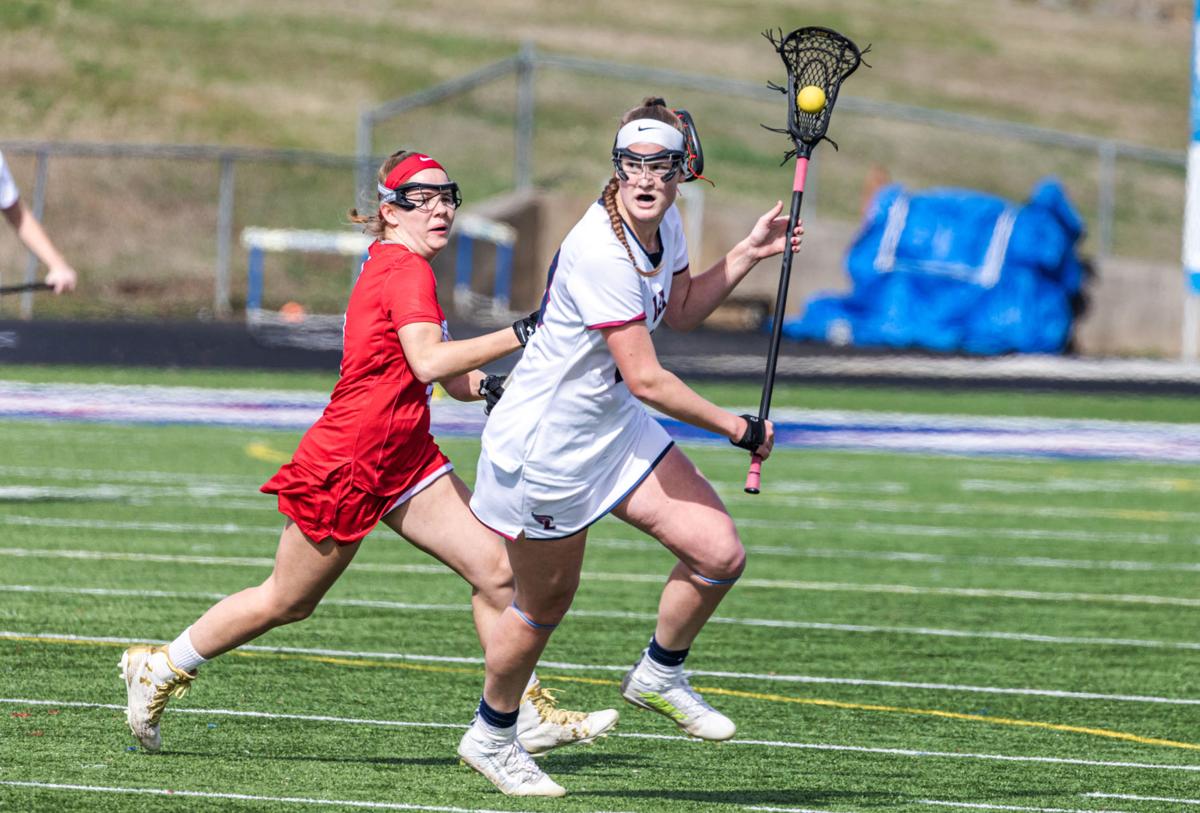 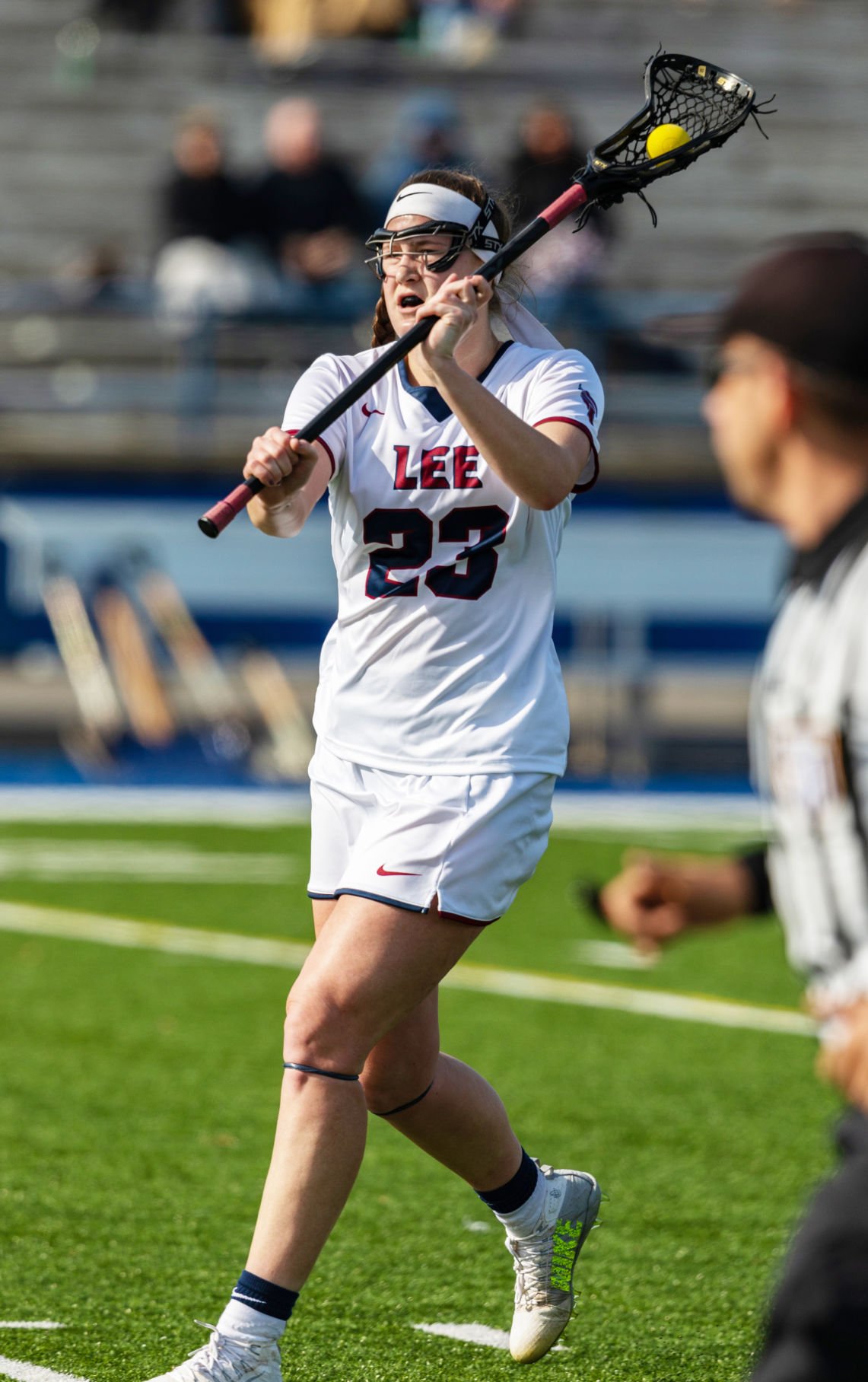 When Brittney White entered the draw circle in high school, she would almost certainly come away with the win.

As a senior, she led the nation in winning draws with 321 and was ranked in the top 30 nationally in draw percentage. Each time she stepped into a circle it was a battle, and each of her tiny victories helped lead Pine Creek to a 52-13 record in her tenure — not to mention back-to-back Southern Lacrosse league titles in her last two seasons.

Even after moving up to play Division II lacrosse, White never missed a beat.

Though her freshman season at Lee University was cut short due to the coronavirus, the 2019 Pine Creek graduate continued to prove herself to be one of the nation’s top draw specialists, ranking second second in DII averaging 11.25 winning draws per game, and was one of two players nationally to average more than 10.

Her introduction to Lee brought a new dynamic to the women’s lacrosse team, which in the past would rotate midfielders on the draw. But White’s height, athleticism and technique made it an easy choice for coach Derrel Martin to keep her in the circle.

“She just dominates as far as the draw goes, and is very accomplished,” Martin said. “She doesn’t give anything away and transitions easily in the midfield.”

But White learned quickly that in the transition from high school to Division II, there is always room for improvement, and began adding different techniques to her repertoire.

“In high school I never really had to think about what I was doing, it just came naturally,” White said, “but in college there were a lot of things I needed to practice and work on. It’s a lot more physical in college and you can get away with a lot more things. It’s a totally different ballgame when you move to college and it took a little bit of time to get used to.”

She transitioned quickly, however, making an immediate impact in the Flames’ season opener in which she had four goals and an assist, and a season-high 24 draw controls.

But it was her final game of the season that sticks out most in Martin’s mind.

Though she didn’t know it would be her last game of 2020, White left it all on the field on March 9, scoring twice and had 16 of the team’s 24 draw controls while playing on a broken toe.

“I don’t think anyone knew (she was hurt) at the time,” Martin said. “She played through it and was dominating enough on the draw that we didn’t notice that she was hurt until we saw her shuffle off the field. It was a really gutsy performance.”

The Flames’ following game was scheduled for four days later as they were set to host Saint Leo University — their first ranked opponent since suffering their first losses of the season. White and the team found out hours before game time that it had been canceled. A week later the university pulled the plug on the rest of the season.

Fortunately for White, however, the NCAA announced later that spring athletes would be granted another year of eligibility. Although she didn’t get to finish her freshman season on her terms, she sees the experience she gained as an invaluable learning experience for the remainder of her career.

“It completely lit the fire under me and prepared me so much more for the next couple of years,” White said. “I got through my nervousness in the first few games and now I know what to expect and what I need to work on to be even better when we come back.”

Martin says he expects White and the eight other freshmen in her class to return more prepared for their "do over" season.

“I think the season showed them the level of difference from high school to Division II and what it takes to be competitive,” Martin said. “A lot of time in high school or in club you can have 1-2 athletes who can shoot and you might have a team, but in Division II that’ll get shut down. I think they learned, this is what is expected and what it takes to succeed and they got of taste for that.”

And White is using that taste of success and her remaining eligibility to motivate her through quarantine.

“We know nothing is going to be the same after this, so we just need to keep ourselves motivated and remember that we still have four more seasons to go, and we have so much more to work for,” she said.