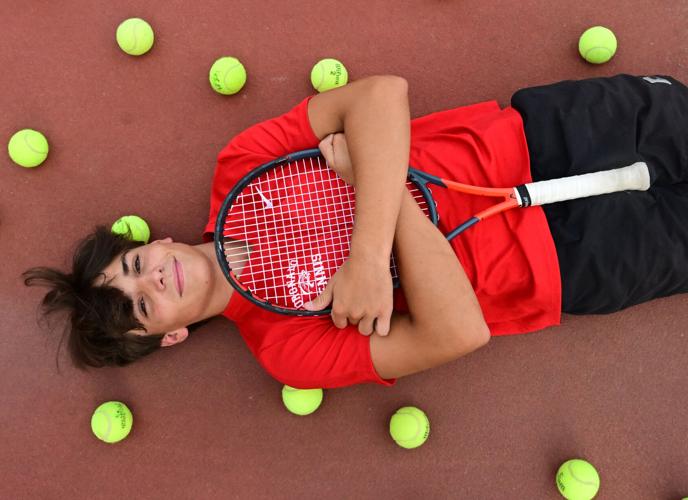 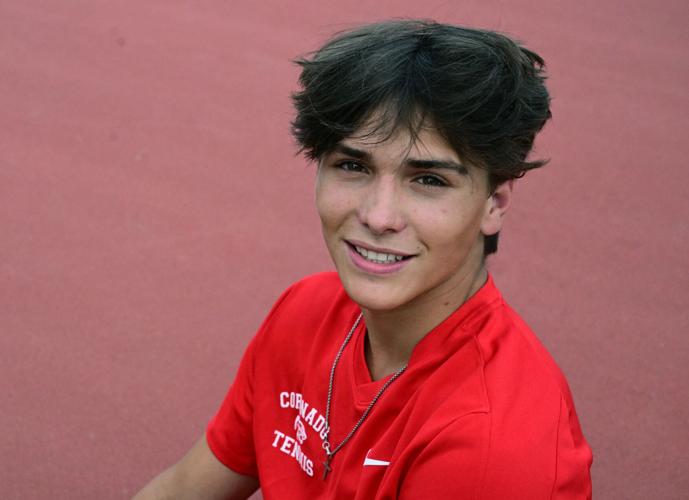 Miles Hoover has been around tennis most of his life, and he's learned how to transfer lessons from place to place.

Under grandparents who were avid in the game, he learned early how to play. Then, Cheyenne Mountain's legendary tennis coach, Dave Adams, tutored him during his first two years as a Red-Tailed Hawk.

Now, after a family move to land the junior at Coronado, Hoover is the one teaching lessons, attempting to continue the rebuild of a Cougar boys tennis program that's threatening to host regionals in just his first year as their No. 1 singles.

He's undefeated, bringing new energy and is this year's inaugural Peak Performer of the Week for his flawless 13-0 record.

"I came here about a day or two before tryouts," Hoover said. "I was already friends with (junior) Thomas Stewart; we've known each other a while. The years that led to this helped me to refine my game and refine the mental aspect of the sport because it's so crucial."

Hoover's history in tennis has been one of winning, even before his undefeated start.

As a freshman, alongside Cheyenne Mountain's then-senior Carver Ward, he won the 4A No. 2 doubles state title without being forced to a third set the entire tournament.

Last year, he was part of the Hawks' state championship team that split the trophy with Kent Denver. The only problem: he wasn't able to qualify for No. 1 singles state.

As he watched teammates celebrate the win — festivities he was also part of, though he didn't play — he began to set new goals.

Kent Denver sophomore Nathan Gold is the No. 1 singles player all of 4A is chasing. So Hoover set smaller goals, like winning all of his regular-season matches and taking home a regional title — all before he'd even possibly face Gold in the 4A individual tennis championships.

Already, he's topped No. 1 singles standouts from Mullen, Cheyenne Mountain and Pine Creek — only one of his 13 matches going to a third set all year.

He also wanted to bring the energy Cheyenne Mountain tennis is known for. Some opponents relish it, some resent it, but the Hawks are loud and proud, no matter what.

Hoover and Coronado coach Michael Lovato acknowledged the power of camaraderie, so the Cougars aren't allowed to leave after their individual matches. The courts only allow, typically, half of the matches to go at once. Once a player's done, they stand along the fence to support their teammates until the whole match is won.

"I use Miles as an example a bunch," Lovato said. "In practice, I'll have him and Thomas show teammates footwork. He shows them how to support teammates.

"We've become a really good team, and it's really because of those two and how we've supported and helped each other."

Mesa Ridge finds form in Doherty win, picks up pace after slow start to down Spartans

Hoover's addition has allowed Stewart to thrive in No. 2 singles. The two even take occasional matches off to spar with each other instead in hard-fought practice matches at Lovato's request.

The seemingly underground courts of Coronado, placed right below the baseball fields, have changed. The intensity level has risen and the players are embracing the state-champion standard.

Cougar pride is coming back for Coronado tennis and Hoover wouldn't have it any other way.

Sharing a stadium is a unique endeavor in itself, especially when the joint field is between just two teams.