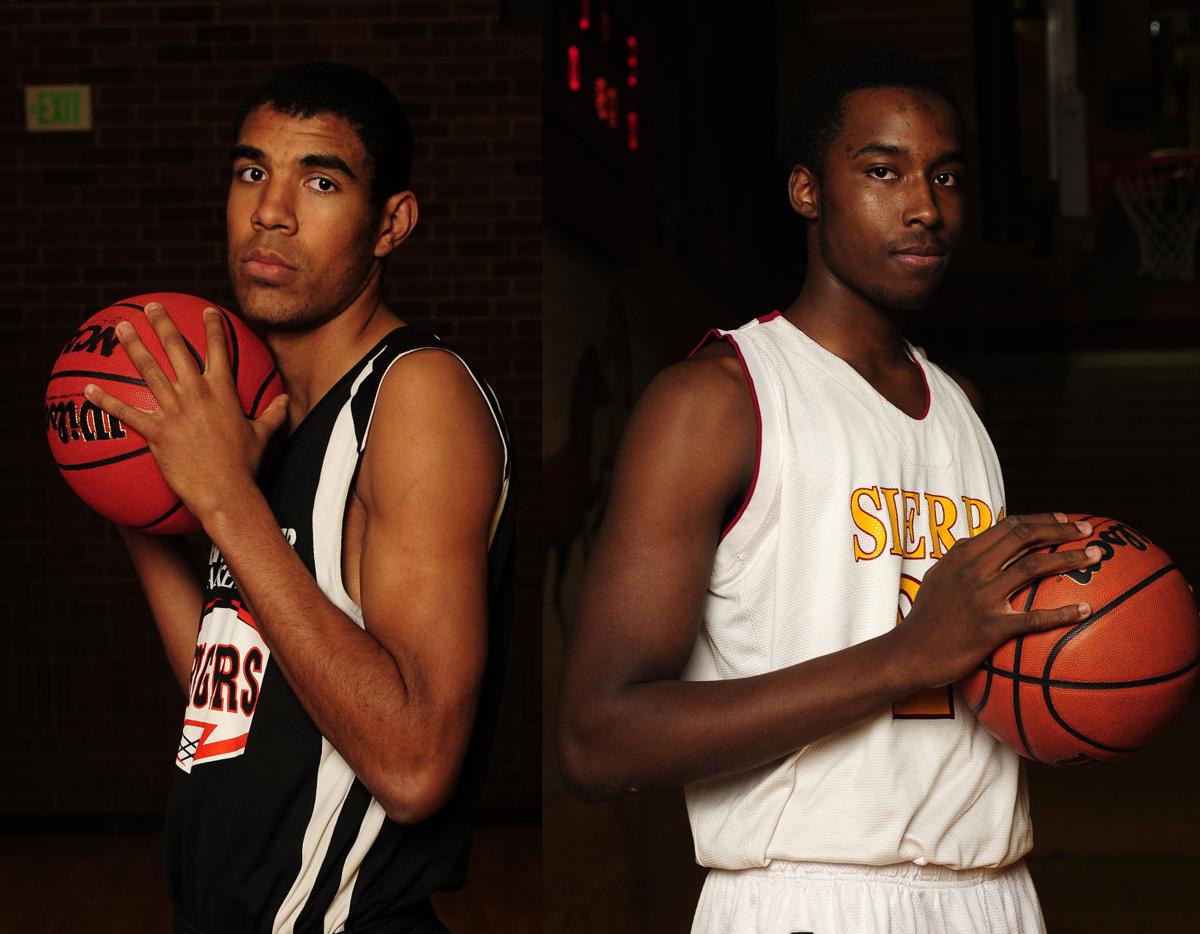 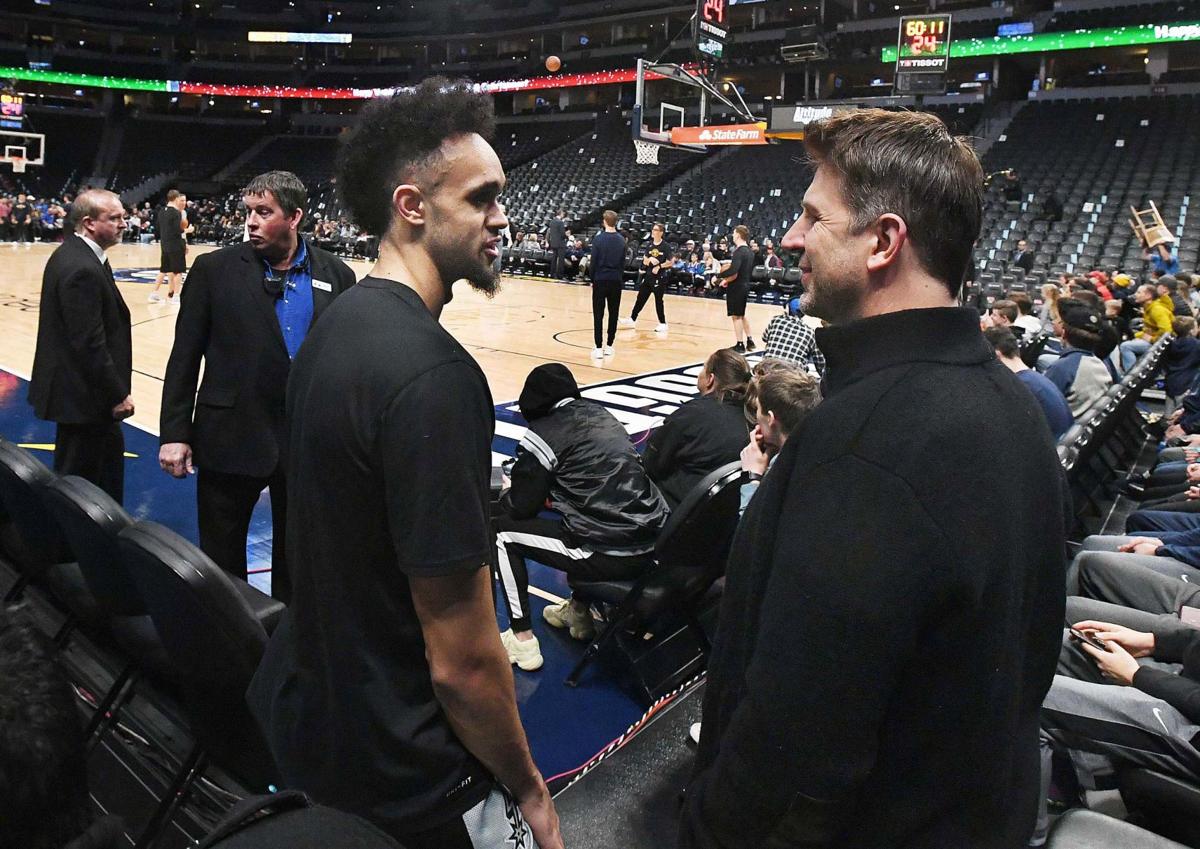 Former UCCS star basketball player and San Antonio Spurs Derrick White visits with high school coach Kevin Boley with Legend High School in Colorado before taking the court for warmups before a game against the Nuggets on Friday, December 28, 2018. Derrick White has been starting for the San Antonio Spurs. (Photo by Jerilee Bennett, The Gazette)

Former UCCS star basketball player and San Antonio Spurs Derrick White visits with high school coach Kevin Boley with Legend High School in Colorado before taking the court for warmups before a game against the Nuggets on Friday, December 28, 2018. Derrick White has been starting for the San Antonio Spurs. (Photo by Jerilee Bennett, The Gazette)

It won't play a Colorado schedule or compete against other Colorado teams. It's a basketball experiment the likes of which this state's never seen.

Even Colorado’s college coaches, and out-of-state coaches, whose paychecks and reputations depend on their knowledge of the recruiting scene, aren’t sure how it plays out with the new travel basketball outfit that will operate out of the Sports Stable in Superior.

Will Colorado Prep trigger a local trend that mirrors the influx of similar programs in Arizona? Will it strip high school basketball of its top talent to the point a CHSAA state championship comes with an asterisk? Will it crash and fold due to the financial burdens of a national travel schedule?

All good questions. After communicating with a half-dozen college coaches about Colorado Prep, "intrigue" emerged as the primary buzzword.

“I am intrigued at the thought of it, intrigued at the idea of having a prep (program) around here,” says UCCS coach Jeff Culver. “If some guys do choose the prep route, it’s not a situation where we have to fly out to the East Coast to see them. That’s a positive. For guys on limited budgets that's a plus.”

College recruiters and the next wave of teenage prospects will be watching to see how it goes. And the high school coaches who lose their top players to Colorado Prep? They’ll be seething.

On the surface, what Colorado Prep founder Xavier Silas is attempting is an admirable mission. (Plus, someone was bound to try this experiment in Colorado, even if the competition is always a plane flight away.) The former CU Buff pledges to offer aspiring college players a valuable commodity: exposure. His program plans to compete in The Grind Session, a collection of travel basketball rosters that refers to itself as “the first-ever circuit of elite high school basketball events.”

“It’s about the kid being in a better position to be seen by scouts,” Silas told The Gazette’s Lindsey Smith.

Colorado Prep also presents a quandary for local college coaches. Throw their public support behind the new program, and they risk alienating the high school coaches who lost their best players to Colorado Prep. But the coaches can’t ignore Colorado Prep, either, since there is no doubt it’s going to field recruit-able prospects.

“I’m certainly rooting for it to all work out. With there not being a prep school in the state there is plenty of intrigue, but also uncertainty and misunderstanding. I hope that there is thorough communication through it all,” said Duvalier Johnson, a Colorado recruiting expert and contributor to Mile High Sports. “While there are plenty of positives for each prospect I hope that the families fully understand any negatives that could be associated as well. They seem to know what they are doing, so that always helps.”

The premise of Colorado Prep is that high school stars here don't get enough exposure to college programs. Is that true? Sort of. The smartest in-state programs — the successful programs — make recruiting Colorado the top priority.

There are exceptions, sure, but in my time following Colorado college basketball this theory usually is proven true: the successful programs emphasize in-state recruiting. UCCS enjoyed its golden era after landing Derrick White, a Division II unicorn, from Parker’s Legend High. CU-Boulder’s had its most consistent run under coach Tad Boyle, who won a state title at Greeley Central and paid it forward by spending years' worth of resources on in-state products like Josh Scott (Lewis-Palmer), Wesley Gordon (Sierra) and D'Shawn Schwartz (Sand Creek).

Likewise, Northern Colorado coaches Jeff Linder (Centaurus) and Steve Smiley (Pomona) were Colorado prep stars themselves. They’ve followed Boyle's lead at UNC in building the Bears into a Big Sky Conference contender thanks in large part to a Colorado-first philosophy that has continued with Bodie Hume (Sterling) and Sam Masten (Rock Canyon).

“I know this: We always start with Colorado every year in terms of identifying who are the best kids in this class. Maybe it works, maybe it doesn’t, but that's where we start,” Smiley said. “Sometimes they might get out of our level. Sometimes they might not be good enough for our level. But we try to start every class with Colorado kids, building that fence around your state. And we’ve had great success with that approach. We’ve got some great kids that way.”

What is Colorado Prep? Non-CHSAA high school basketball program to debut this year