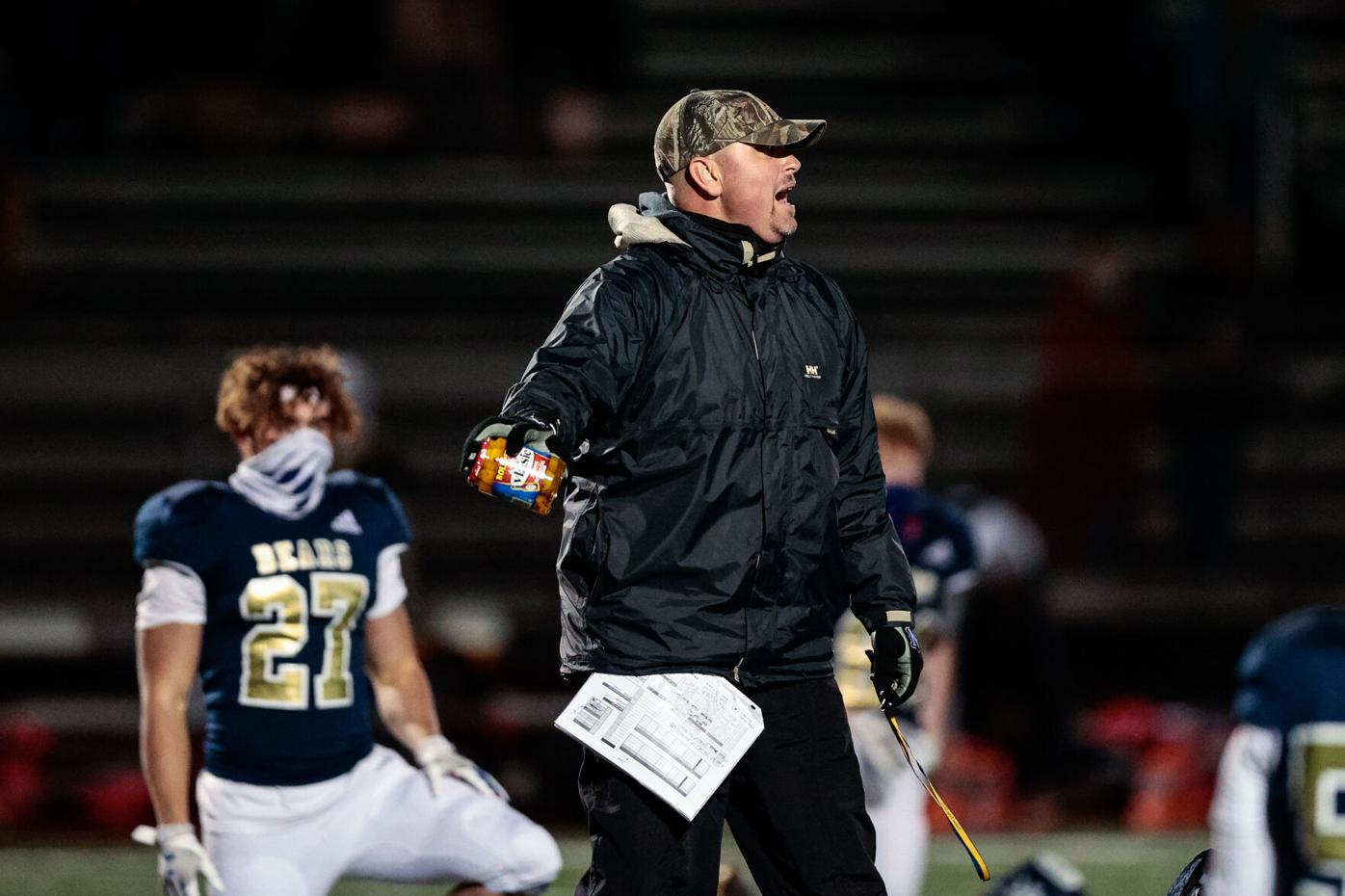 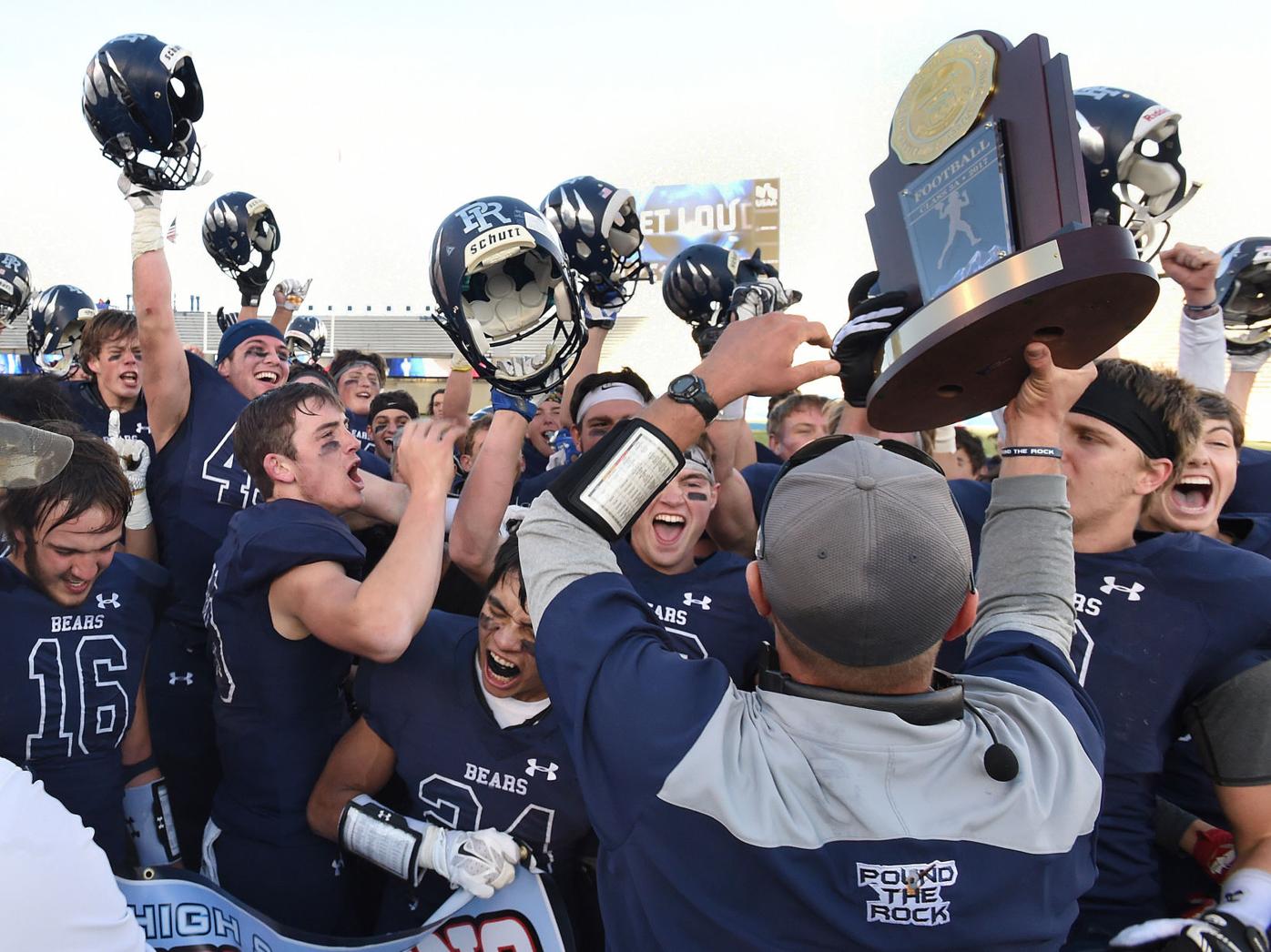 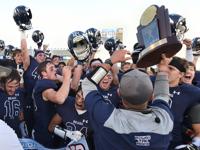 Palmer Ridge Head Coach Tom Pulford hands over the state trophy to members of the team as they celebrated the school's first football state championship. Palmer Ridge defeated Erie 46-21 to win the Colorado 3A state football championship at the Air Force Academy on Saturday, December 2, 2017. (Photo by Jerilee Bennett, The Gazette) 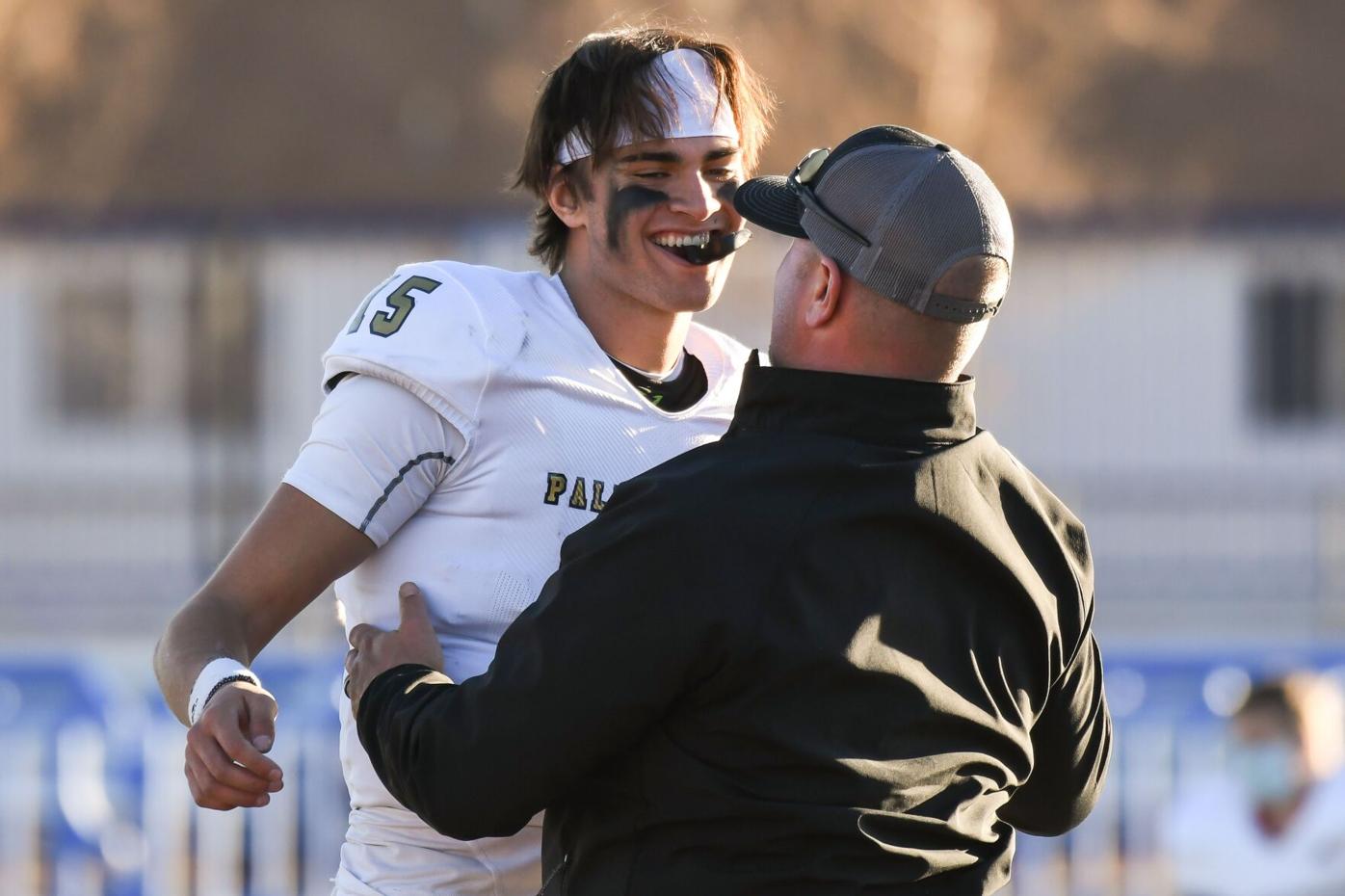 Palmer Ridge Head Coach Tom Pulford hands over the state trophy to members of the team as they celebrated the school's first football state championship. Palmer Ridge defeated Erie 46-21 to win the Colorado 3A state football championship at the Air Force Academy on Saturday, December 2, 2017. (Photo by Jerilee Bennett, The Gazette)

DENVER — As Tommy Pulford is talking about his dark days in quarantine, how he bought a can of Copenhagen so the smell would transport him to a football film room, I’m thinking about the others.

All the others. Because there are a flood of others who share his daily battle with Bipolar II disorder — 6 million people in the U.S., mental health experts say — and this COVID-19 pandemic response is a worst-case scenario for Pulford and the others.

“Put me in a bad place,” says Pulford.

So he’s speaking up for the others. Pulford’s the fiery, egregiously successful coach at Palmer Ridge. He's never not fired up. His Bears are back in a state title game for the fourth straight year, Friday vs. Loveland in Class 4A at CSU-Pueblo’s ThunderBowl. Considering the Bears again reached their destination, it might seem like this stop-start, stop-start, 2020 season has gone according to Pulford’s plan. Like all is well.

It was not. Goodness gracious it was not.

See, it was 2003 when Pulford first experienced a manic episode. Withdrew from school and football at Wisconsin-River Falls. Spent time in a psychiatric ward. Placed on serious medication.

In the years since, his escape hatch has been competition. That takes many forms, whether it was this week’s free throw contest with his 12-year-old son, playing scout team quarterback in practice, competing with his buddy Mike for the biggest fish at a bass pond over in Ft. Lupton.

“When I’m not competing is when I get depressed,” Pulford says. “And it's not fun."

What has turned Palmer Ridge into one of the state’s most consistently awesome programs is also what keeps its coach grounded — a competitive drive that lands somewhere between Peyton Manning and Becky Hammon. One day in practice Pulford will whisper to star wide receiver Kaden Dudley, “So-and-so said you can’t beat him in coverage. Is that true?” The next day he will challenge a third-string sophomore, “I bet you can’t be the first one to the ball on this kickoff. Show me I'm wrong.”

After Palmer Ridge beat Fountain-Fort Carson in a state semifinal last Saturday, a parent in the stands shouted: “Coach, you feeling dangerous today?!” It’s a rallying cry for the Bears.

Pulford hollered back: “I am feeling dangerous, and it’s starting to feel contagious!”

With a touch of self-awareness, Pulford says: “Probably not the best thing to say during a pandemic. But it is what it is."

Competition is both at the root of Palmer Ridge’s success, and an essential part of Pulford’s life.

So what do you do when an essential part of life is taken away? Twice during the season Pulford was removed from the team and forced into quarantine due to contact tracing. (He has yet to test positive for COVID-19 himself.) His first quarantine, Pulford said, “I let myself go.” He gained weight. Had “bad conversations with people I love.” Detached from his football routine, Pulford once drove to a convenience store to purchase a can of Cope. He doesn’t dip.

“All I did was open the can to experience that smell,” he says. “Took me back to the film room (at Wisconsin-River Falls).”

Second quarantine, he’d wake up at 4:30 in the morning to ride his road bike 9.6 miles. One random Tuesday, he and his wife packed up the truck and drove to Wisconsin to go deer hunting as an escape. At night he’d stay up late to break down film of a practice he couldn’t attend.

“Felt like a 14-day sentence for a crime I didn’t commit,” he says.

"When the things that you feel like you're good at are taken away from you, it's hard," he adds.

While it felt like society had taken steps toward acknowledging the import of sound mental health, this state's pandemic response too often has treated people who suffer with those conditions as collateral damage. But Pulford's community lifted him up, a necessary reminder for the rest of us familiar with good people who are struggling with their own mental health.

He had daily phone calls, 10 a.m. sharp, with mentor John O’Grady, a coach at UW-River Falls. Todd Evans, the father of former Palmer Ridge star Ty Evans, offered to handle ticket requests from parents for the state title game. His wife understood he'd be late for dinner after filling up each and every practice football with air.

“Sounds silly,” he says, “but it was hard not being able to go in and use the compressor.”

It doesn’t sound silly. It sounds like a normal human longing for normalcy. Needing normalcy.

After a heartfelt conversation, I asked Pulford a question only a parent, player or coach who's been in the season's final game can understand: When the state championship is over, will you feel happiness to have achieved your goal, or sadness there is no practice the next day? This has been no easy year. There is no easy answer.

“I’m getting emotional thinking about it," he says, choking up.

“What I’m going to miss is after practice, guys are in their cars, and (Bears senior) Marcellus Reed, one of the best humans I'll ever know, yells at me through his window: 'Coach, coach! You’ve got to come listen to this song!’"

Palmer Ridge will have played just seven games in 2020, and the longest seven-game season in Pulford's life hasn't been nearly long enough.

Paul Klee: His name is 'Q,' and he's the answer to why Colorado needed fall high school football

FOUNTAIN — If you ever wondered why countless football coaches, parents, administrators, fans and yes, yours truly, lobbied and pushed and rai…